Let’s say you’re sitting out in a field, minding your own business, enjoying a nice afternoon picnic lunch of tea and crumpets. Can you picture it? Okay, good.

Now let’s say, while you are thoroughly enjoying those mouth-watering crumpets, you happen to see a very well-dressed rabbit with an abnormally large watch running past you while ranting (quite loudly) about just how very, very late he is.

After you shake off the shock of seeing and hearing an actual talking rabbit, you will most likely be very intrigued to learn where he is going, and just what it is he’s very late for. It is, after all, only human to be curious about such things, correct?

Well, we here at the Sideshow Field Guide to Fairytale Myths and Monsters home office would urge you to ignore those feelings of curiosity and continue to enjoy your crumpets. Simply put, leave the rabbit be.

What? You chose to ignore that sage advice? Oh, and now you have fallen down a rabbit hole into a strange world where rhyme and reason don’t exist? And you need the Myths and Monsters Field Guide to get you out of trouble? Oh, very well… 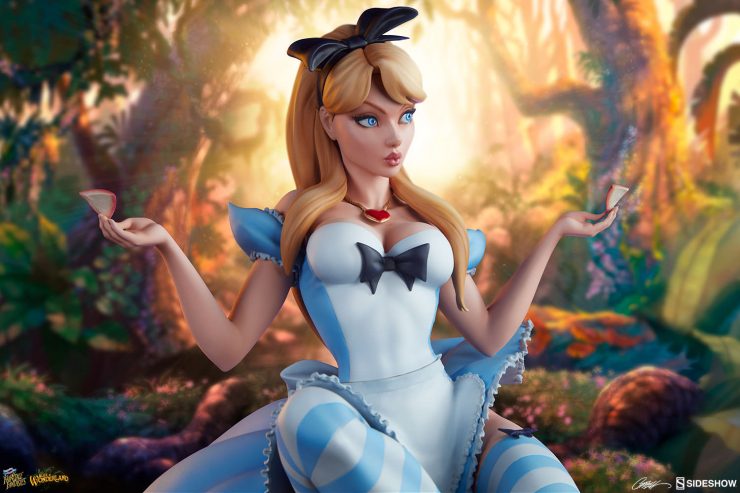 You are very likely in a place called Wonderland. Don’t let the name fool you, it’s not very wonderful. Trust us.

First things first, get your bearings (as if such a thing were possible in Wonderland…). Do you see any talking doorknobs nearby? Yes? Okay, ignore the poor thing’s chattering, grab his nose, and step through the doorway.

Next, let’s take in your surroundings. You will see a lot of things in Wonderland that you may think are… strange (if the talking rabbits and doorknobs weren’t already a dead giveaway). There are beautiful lush gardens of talking flowers and plants, giant mushrooms, moody rhyming insects, and food just lying around on plates or in bottles with little signs that say “Eat Me” or “Drink Me.”

Which brings us to our second point…

We hope you brought some of that delicious tea or scrumptious crumpets with you, because whatever you do, don’t eat anything you find lying around on the floor in Wonderland. Especially food or beverages marked with the aforementioned “Eat Me” or “Drink Me” labels.

Partaking in these mysterious concessions could cause unexpected growth spurts, sneezing fits, drowsiness, shrinkage, or numerous other ailments. You are better off avoiding them entirely, if possible. 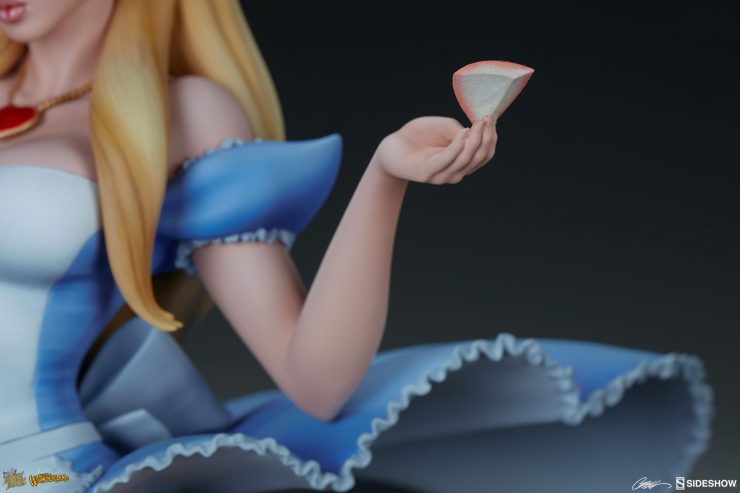 If you must eat something for whatever reason, make sure you are taking very small bites or sips to try and control any… sudden physiological changes that are probably going to occur. Don’t say we didn’t warn you.

Sooner or later, you are going to encounter one or more of Wonderland’s residents. Some are friendly, some are ill-natured, and some are just downright hostile. But you will soon find that they all have one thing in common, and no matter how helpful or straightforward they may seem at first, you need to remember this one undeniable fact:

They are all stark raving mad.

To the denizens of Wonderland, walking in endless circles and painting local flora and fauna different colors is an acceptable use of time. Even the most friendly of creatures will likely turn on you should you accidentally say the incorrect thing… or in some cases even the correct thing. Actually, to be safe, don’t talk at all. Wait, no, don’t do that either because they will likely take that as an insult too. 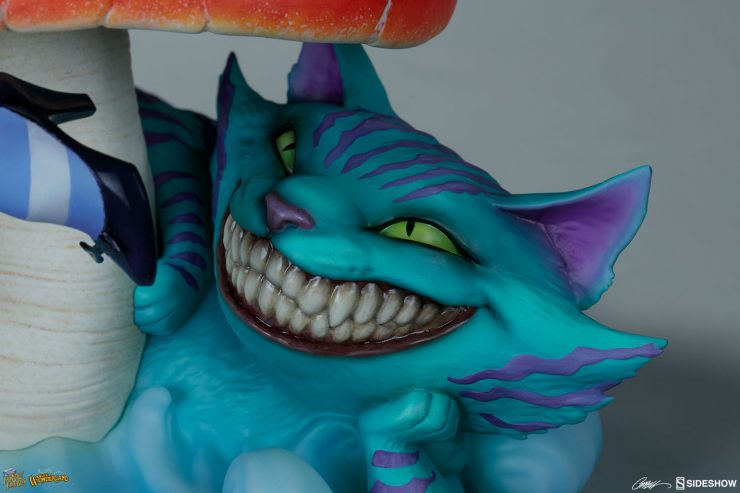 Especially royalty. Especially, especially Queens. If you want your head to stay firmly attached to your neck, you will heed this advice.

If you manage to avoid all of the above, congratulations. You still need to avoid the most fearsome and deadly creature in all of Wonderland.

Yes, the horrifying beast of legend is also one of the inhabitants of Wonderland. We at the Sideshow Field Guide to Fairytale Myths and Monsters want you to know that everything you may have heard about this beast is 100% true. Those frightening claws that catch. That terrifying jaw that bites. And worst of all, it probably already knows you are in Wonderland. Only when you hear its signature burble will you know it is hunting you.

Legends say the creature can only be killed by a Vorpal Blade. One that goes “snicker-snack” as it strikes. So unless you have this oddly specific mythical weapon, you are going to need to high-tail it out of Wonderland post-haste.

Now how do you escape from Wonderland? Good news, that’s the easy part…

After you have been through a significant amount of adventures in Wonderland, and just when things look the most dire (IE: eaten by a nonsensical poem dragon or sentenced to execution by an unreasonably furious Queen), you will wake up to find that the entire ordeal was nothing more than a figment of your overactive dreams.

What’s that? Why didn’t we just do this earlier? It’s really not that simple. Obviously, there must have been some self-discovery lesson or moral you needed to learn before the dream could end and your escape from Wonderland was possible.

If you want our opinion on it, the lesson was that you should have listened to the sage advice of the Sideshow Field Guide to Fairytale Myths and Monsters in the first place. Leave the rabbit be. 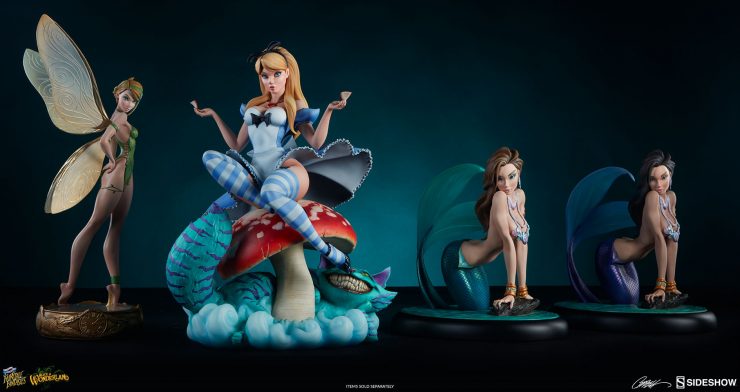 The Alice in Wonderland Statue is the next whimsical addition to the J. Scott Campbell’s Fairytale Fantasies series, available for pre-order now!

Don’t miss out on the Exclusive Edition metal concept art plate, and take your collection to wondrous new heights with reimagined classic fairytale characters like the Little Mermaid, Tinkerbell, and Alice in Wonderland all sculpted in the style of fan-favorite artist J. Scott Campbell.

Poll- Which Marvel Super-Team Would You Join?