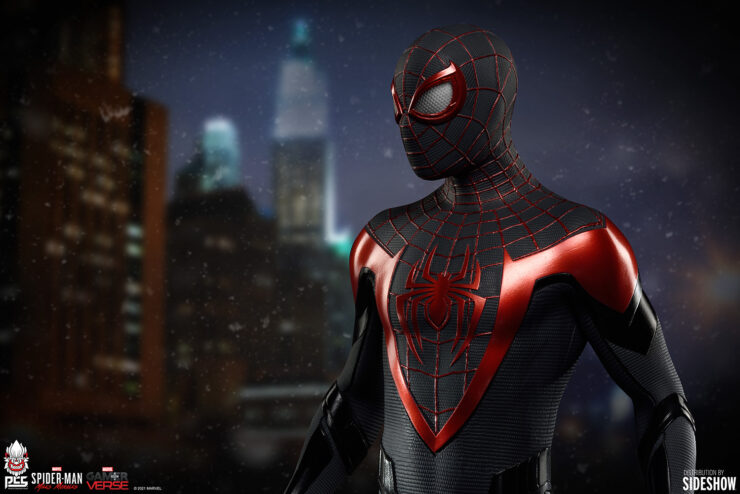 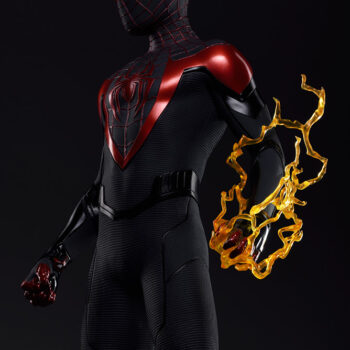 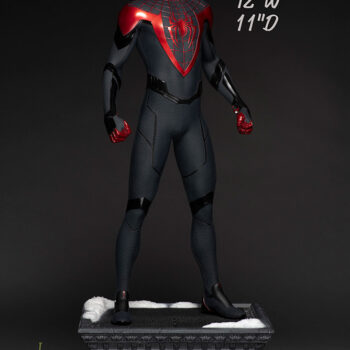 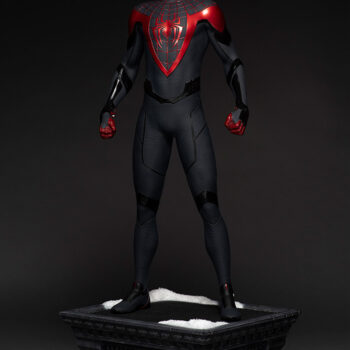 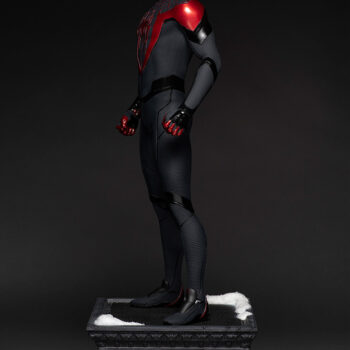 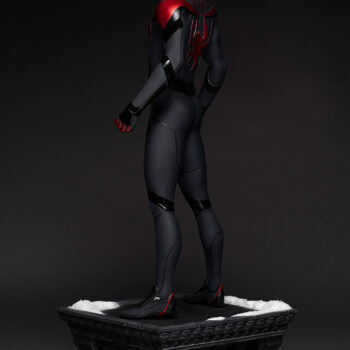 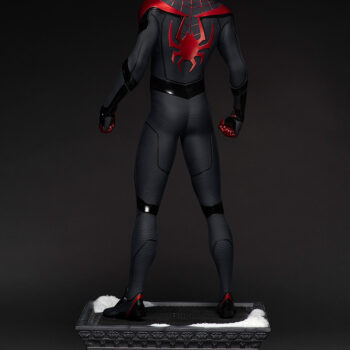 The Spider-Man: Miles Morales 1:3 Scale Statue measures 29.5” tall and 12” wide as the teenage Marvel super hero stands on a snow-capped roof above his Harlem neighborhood. The building beneath his feet is detailed with stone-like architecture, snowy effects, and bas-relief Spider-Man symbols on the sides. As the newly minted Spider-Man, Miles rises to his new role as a hometown champion, protecting the block with his incredible powers and love for his community. 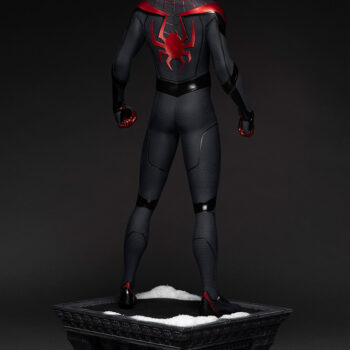 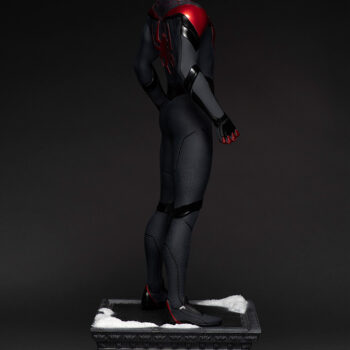 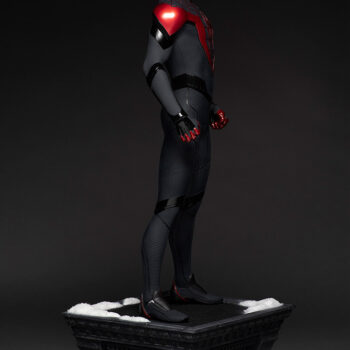 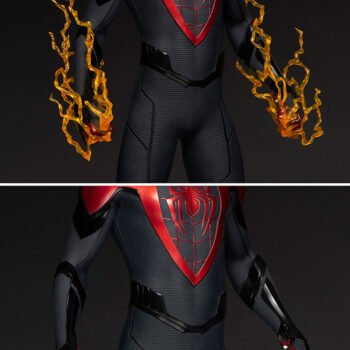 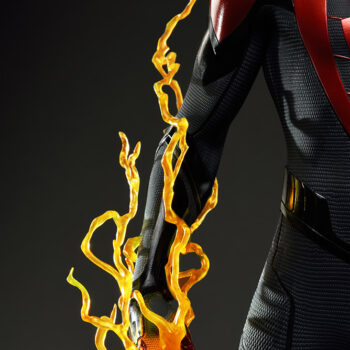 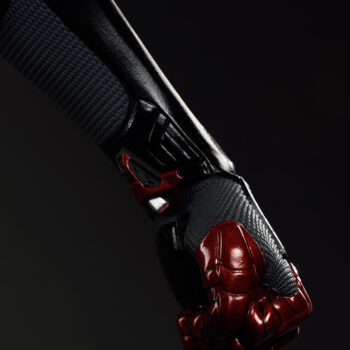 The Spider-Man: Miles Morales Statue features a fully sculpted costume and physique faithfully recreating his detailed in-game character model. Miles is outfitted in his sleek classic suit, predominantly black with metallic red webbing details on his mask, spider-symbols, web shooters, gloves, and even the feet of his costume. Gloss black panels add contrast to the incredible textured elements of his suit, giving the figure a dynamic and realistic presence in any Marvel collection. Miles Morales also comes with a set of swap-out forearms featuring bio-electric energy effects so you can unleash a Venom Blast in your display. 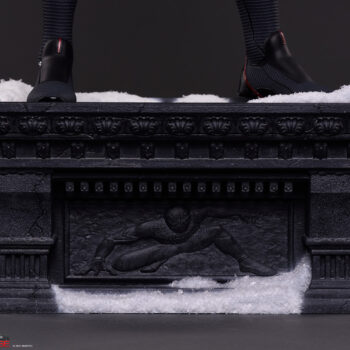 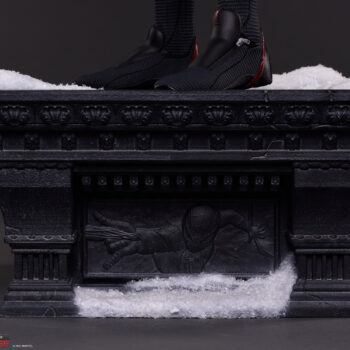 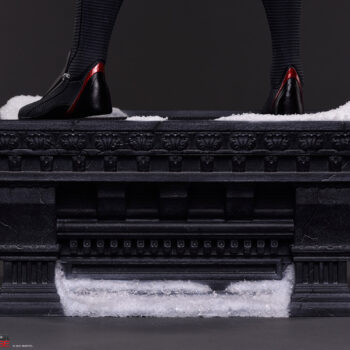 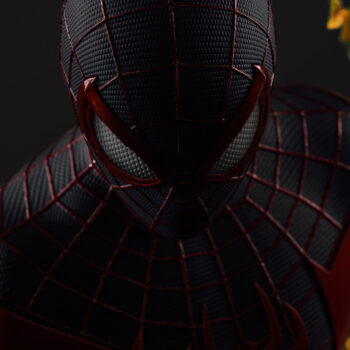 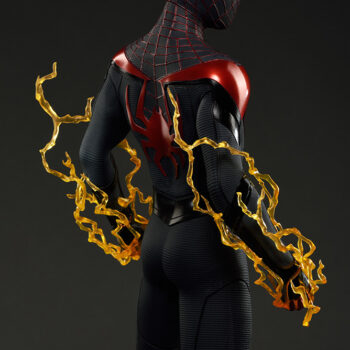 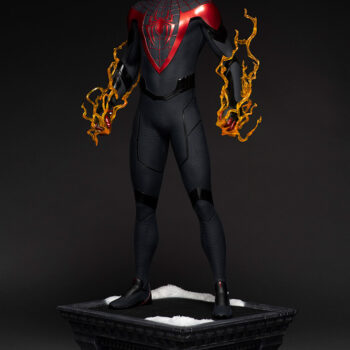 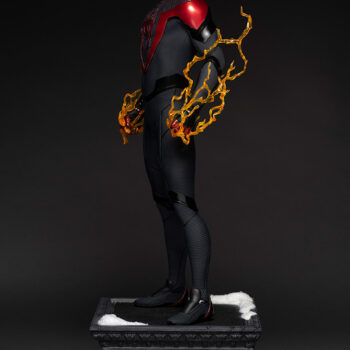 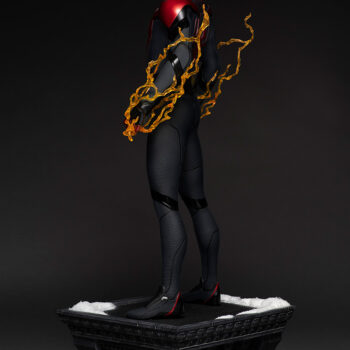 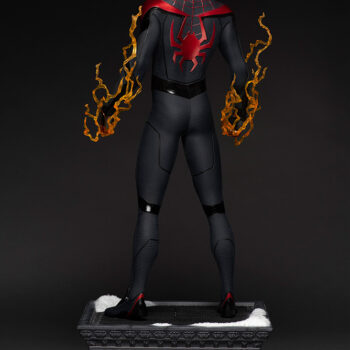 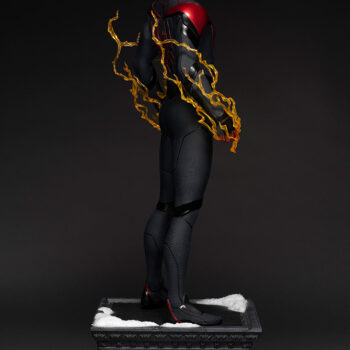 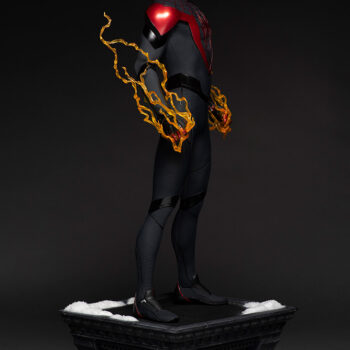 The Exclusive Edition of the Spider-Man: Miles Morales 1:3 Scale Statue includes an additional unmasked portrait based on Miles’ youthful appearance in-game, as well as an alternate right hand holding his unworn mask, giving fans multiple statue configuration options. Reveal the hero within and bring home these exclusive display possibilities only through Sideshow. 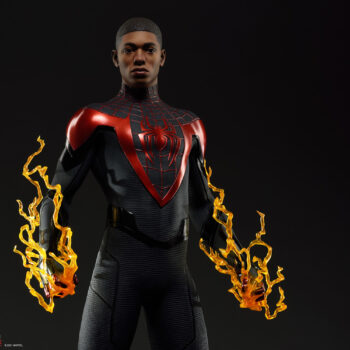 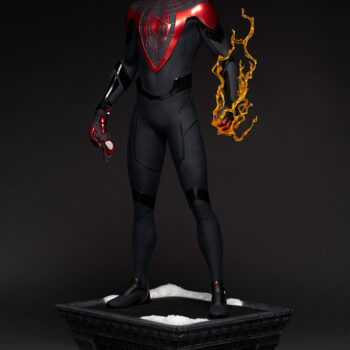 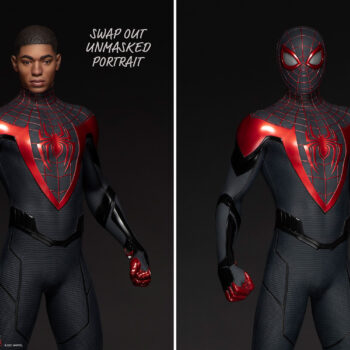 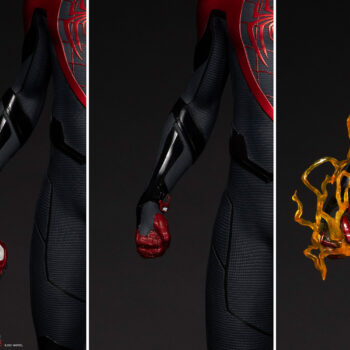 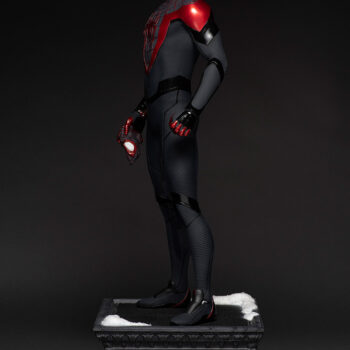 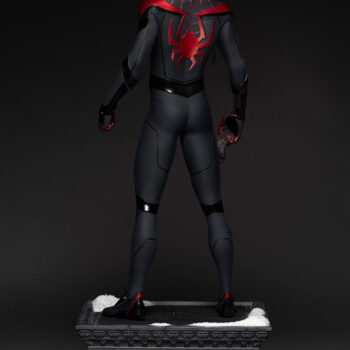 Protect your friendly neighborhood of Marvel collectibles with the Spider-Man: Miles Morales 1:3 Scale Statue by PCS.