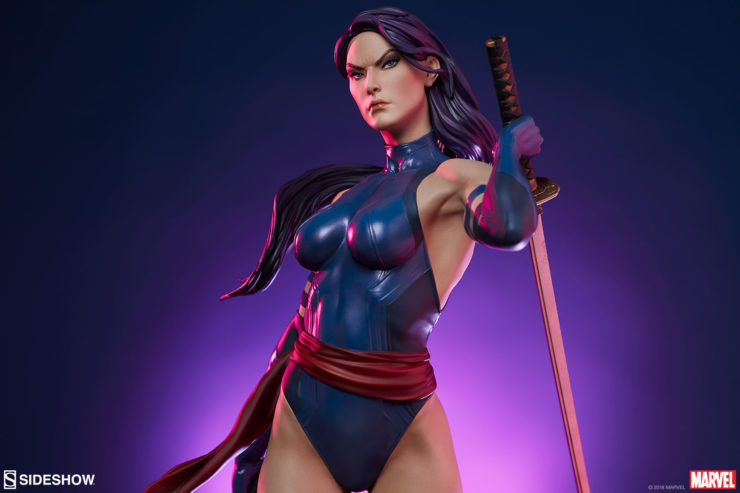 “Mutants like ourselves- if we don’t stand up to defend them, who will?”

Betsy Braddock is a complicated character, who is always struggling to find her path and do the right thing. We’ve got the key to her complex history, so join us as we take a trip through the history of Psylocke. 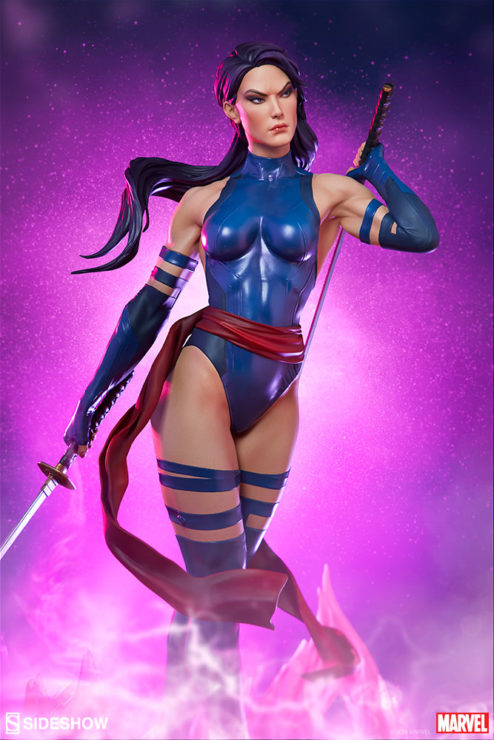 Elizabeth “Betsy” Braddock started her story in the United Kingdom. Her twin brother was Brian Braddock, also known as Captain Britain, a powerful hero whose strength was based on his own confidence. She also has an older brother, Jamie, who is an incredibly powerful reality-bending mutant.

As a teen, she was already an accomplished pilot, who would fly into situations just to help the people she cared about. She was quick and clever, able to maneuver complex pathways. Everything changed for her when her latent telepathic mutant powers began to develop.

Her life spiraled out of control for a while when she learned she had powers. She didn’t know how to handle them, and eventually quit her job as a pilot. She went to begin her career as an ultra-successful supermodel. Secretly, she worked for the S.T.R.I.K.E. Team, a government agency of heroes. Through her work with the S.T.R.I.K.E. team, and her relationships with other telepaths, she became stronger and stronger, learning to read minds and pull secrets from her enemies. When she eventually battled with X-Men villain Sabretooth, she helped defeat him and uncovered the mastermind behind his plans.

Despite being a brilliant telepath, she could not defend herself, and was eventually killed in battle. After her brother Jamie brought her back to life, the X-Men gave her a second chance, and took her through a portal called the Siege Perilous. The portal wiped her memory, and for a long while, she trained with The Hand, a ninja group that often fights against Daredevil. After Wolverine restored her memories, and activated the full might of her powers.

Over the years, the character has dealt with the effects of mind-swapping, identity loss, and many other psychic perils that accompany the territory of being a mutant telepath in the Marvel Universe.  Most recently a trip to Madripoor brought her face-to-face with Sapphire Styx, a psychic vampire who absorbed her entire soul at once.

From inside of the vampire’s psyche, Psylocke destroyed the undead woman and recreated her original body, restoring her to her original form before The Hand had transformed her. 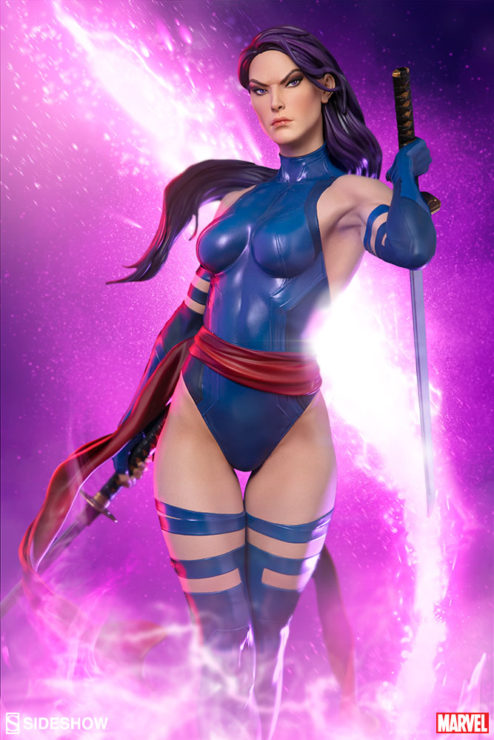 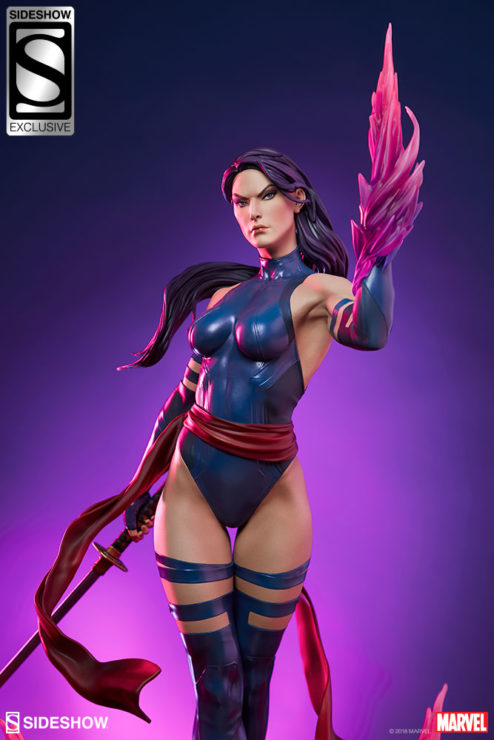 Psylocke comes from a bloodline of a lot of significantly powerful heroes. Her brother can bend reality, and her twin can grow in strength just with his confidence. With influences like that in her life, there’s no wonder she is able to focus her telepathic powers into such a strong energy that the power manifests as a physical psionic weapon.

She often forms her energy into the shape of a dagger or sword, entirely made of this pink psionic energy. She is very comfortable with katanas and other ninja-like weapons, since she was trained extensively by The Hand.  In combat, she is extremely deadly and has been able to match the reaction time and strength of an empowered Rogue with ease.

She is able to read minds and create all sorts of constructs out of telepathic and telekinetic energy. In some cases, she can even see the future.  In recent iterations, her telepathy and telekinesis have been inversely powerful when the other is in use- if Psylocke is exerting a lot of telekinetic control, her telepathic range becomes limited to receiving and projecting thoughts in the immediate vicinity, and vice versa.

Let Psylocke join your X-Men collection, or browse our other mutant figures to create your ultimate Marvel collection.

What would you construct with psionic energy? Let us know in the comments and don’t forget to let your Geek Sideshow!

Disney+: Everything We Know About Disney's Streaming Service