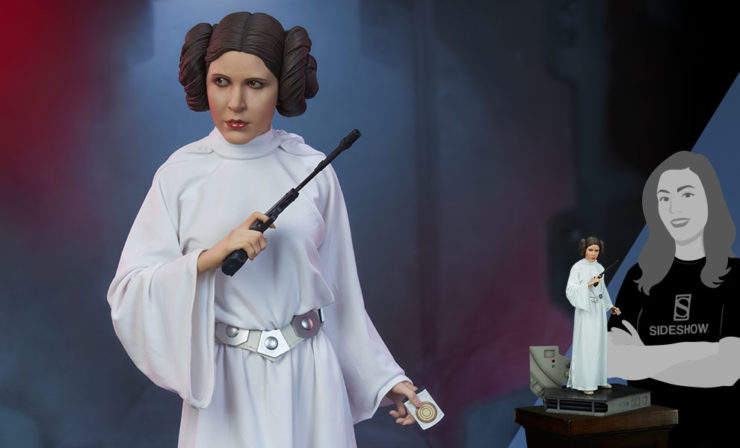 Princess Leia Organa isn’t like your average pampered and overdramatic princess. She serves as a general during galactic wartime, fighting against the oppression of both the Galactic Empire and the First Order. She is a strategic mastermind and a valiant soldier.

There are too many good Princess Leia moments across the Star Wars saga to pick just the top five. She has had funny quips, romantic moments, and seriously awesome action scenes across two trilogies. Without further ado, here’s the Top 5 Times Princess Leia Kicked Butt.

5. When She Defies Darth Vader

“Darth Vader… Only you could be so bold.” She’s talking down to arguably the second most powerful person in the galaxy. And yet Darth Vader, powerful as he is, still respects her. He specifically calls her, “your highness”. Darth Vader suddenly chooses to polite and diplomatic in her presence, at least for the moment.

Even as she’s being taken to Grand Moff Tarkin, she insults him too! “I should have expected to find you holding Vader’s leash. I recognized your foul stench when I was brought on board!” Princess Leia is quick witted and not afraid of any power. She’s ready to stand for what’s right or die trying.

4. Rallying the Troops on Hoth

Yes, she a princess. But let’s not forget that she was a diplomat for an entire planet and a capable militaristic strategist. She’s able to resist interrogations from even Darth Vader himself. Princess Leia out-plans and outdoes the Emperor and Darth Vader multiples times throughout the series, but there is something even more powerful about seeing her at the ground level, rallying the Rebel troops.

She’s practically instructing them on how to do the impossible. Well. Two fighters against a Star Destroyer might seem impossible. But if anyone can make it happen, it’s General Leia Organa.

Even when Leia is injured, she is prepared. Even when the macho man Han Solo is unprepared when they’re ambushed, Leia has a plan. She has a hidden gun, ready and waiting for the Imperial Guards. Han would have been killed in an instant if she hadn’t been such a quick thinker and such an accurate shot.

Leia was able to befriend the local population on Endor, even though she had absolutely no means of communicating with them. She’s smart enough to trust the instincts of the Ewoks, and subvert the expectations of the Galactic Empire’s troops.

Princess Leia is not going to wait around for anyone else to protect her. When Chewbacca, Han, Luke, and Leia are all cornered by the Imperial Guards, Leia didn’t waste a single moment. She made a plan for an escape, shot a hole into the garbage chute, and made her great escape with the whole team.

Not only that, but she made a clearing for them all to get through it by shooting better, faster, and smarter than even Han Solo. Are we sure that she’s not the hero of all the movies? Because without her brilliance and adaptability, who knows what would have happened? 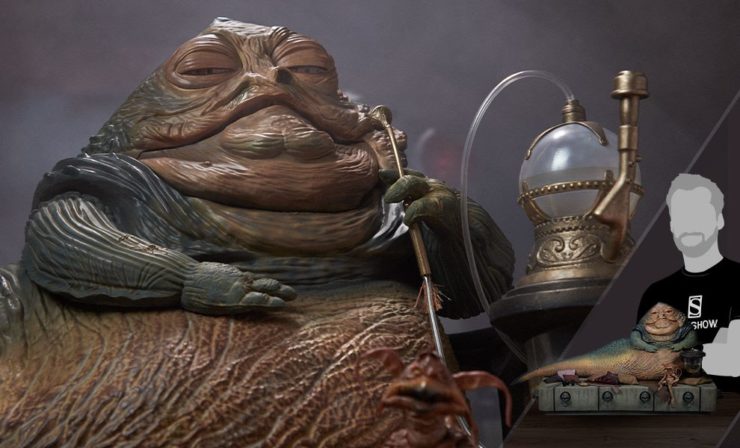 Like we said before, Leia isn’t waiting for anyone to save her or protect her. She waits for the right opportunity to save herself, just like the brilliant strategist that she is.

Leia refused to be a slave to the disgusting Jabba the Hutt any longer. She didn’t want anyone else in the galaxy subjected to his villainy. So, using the very chains that bound her, she strangled and killed her captor. There’s nothing else to say, but WOW- Princess Leia kicked a metric ton of Hutt in this moment.

What’s your favorite Princess Leia moment? Let us know in the comments, and don’t forget to Let your Geek Sideshow!

Don’t forget to search the galaxy and bring home all your favorite Star Wars collectibles, ya scruffy looking nerfherder. 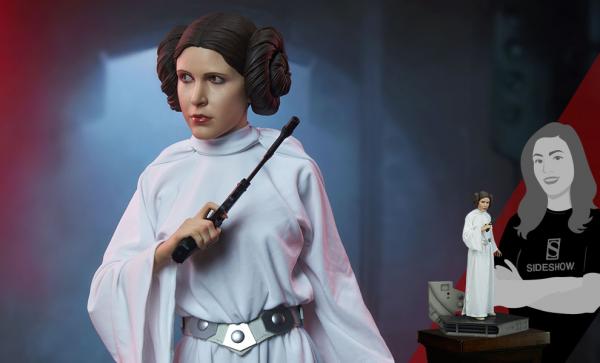 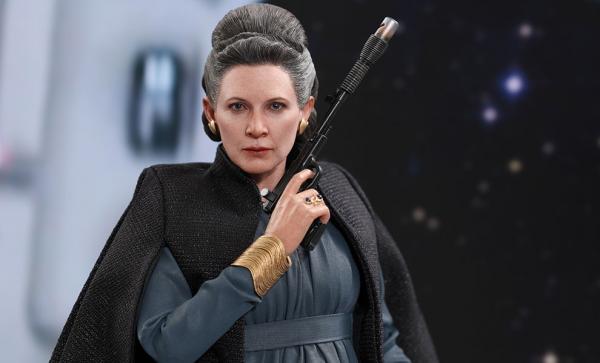 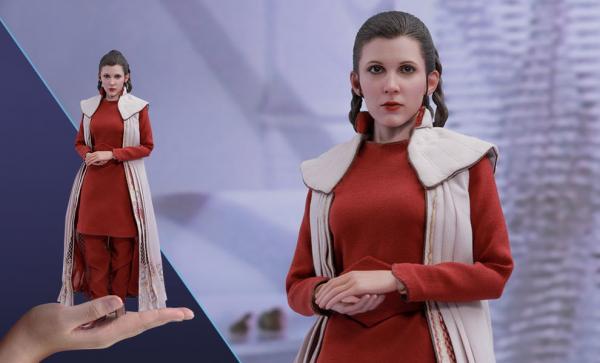