This amazing fan photo tribute wins Back to the Future day

Time(zone) traveler and Back to the Future fan James Chapman journeyed all the way from London to Los Angeles to create the ultimate 30 year anniversary tribute to his favorite film trilogy!

Bringing his Hot Toys Marty McFly sixth scale figure and DeLorean along for the ride of a lifetime, Chapman visited several filming locations in the southern California area to recreate an epic blast from the past. So in other words, if our calculations are correct, he basically won Back to the Future Day. Check out his travel log below, and on Instagram with the hashtag #JamesChapmanBTTF:

Tomorrow will be Back To The Future Day when Marty McFly travels from 1985 to 2015! This photo was taken on a drive from Nevada to Arizona.

I saw this formation out the window and it reminded me of Back to the Future Part 3. As I had the 3rd version of the car I thought it was appropriate to snap it! 🌵

This is heavy, the future has arrived!

It’s weird to think that what once was depicted as the future is now our present. This is the first location I went to and is Marty’s actual house from the movies.

It amazes me how unchanged most of the locations are even after 30 years.

On the door step of Marty’s house is the famous road. The moment we first get a glimpse of the future… or our present?

I couldn’t get the theme tune out of my head as I looked down this street.

That’s the Power of Love! 🎶

Although I said not many of the locations have changed, this one has changed the most. In fact, as I was taking this the Burger King was being renovated.

Sadly where Doc’s workshop was is now a car park. I guess some things have changed.

When this baby hits 88 miles per hour, you’re gonna see some serious sh*t!

I wasn’t expecting to arrive at this Mall and see the Twin Pines Mall sign from the film there. It made the area seem even more authentic.

I love how the movie has subtle changes like Twin Pine Mall changing to Lone Pine Mall, it’s those things you miss on the first watch that make this movie so re watchable. It also had another surprise in store but that’ll be in the next upload 😉

You’re telling me, you built a time machine… Out of a DeLorean?

This was the other surprise in store at the car park, Doc Brown’s truck! I had a peek inside and it had everything you’d expect, the detail was great.

There were two stopwatches hanging from the mirror, lots of Burger King on the dash, dog treats for Einstein and of course stolen Plutonium. I managed to get a nosey inside and sadly there was no time machine, I guess it was stuck somewhere in the past present or future.

If you put your mind to it, you can accomplish anything.

Hill Valley High School! I went back to school for a bit, I was allowed onto campus to get this shot. Felt like I was back at school and ready to learn. I did actually learn that Richard Nixon went to this school.

Thanks to @whitterhigh for allowing me into your school, it was a great experience.

No man should know too much about his own destiny.

Doc’s house is as massive as it looks in the movie, it’s such a pretty building.

Sadly I couldn’t find any DeLorean or plans for a flux capacitor I’d like to thank Larry, owner of the @blastftp in LA. He got this model in for me specially so without it I wouldn’t have been able to get these shots.

And so we end our journey at Doc’s garage, where the time machine itself was built.

I saw @tomfletcher post a picture of him inside a real DeLorean time machine and I’m insanely jealous. With the right angles this scaled down version will do me for now! 😎

Back to the Future day has ended, I hope you enjoyed my tribute to one of the greatest movie franchises.

Remember, your future hasn’t been written yet. No one’s has. Your future is whatever you make it, so make it a good one!

Back to the Future Marty McFly 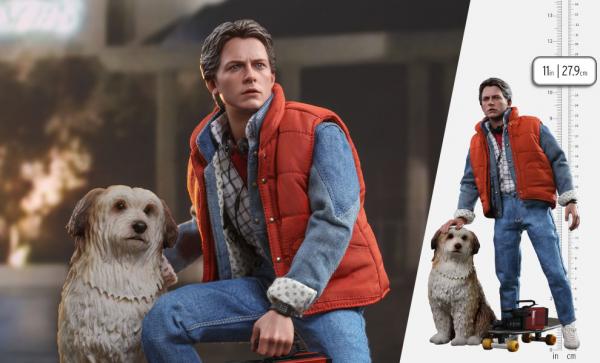 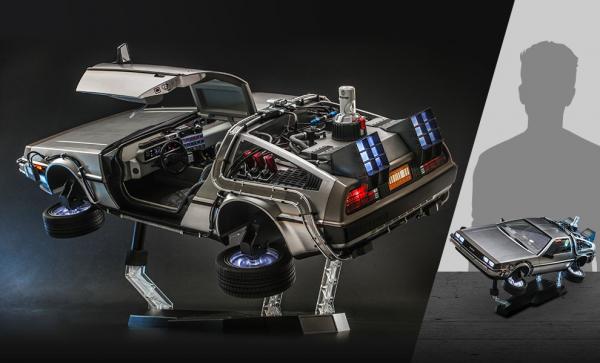 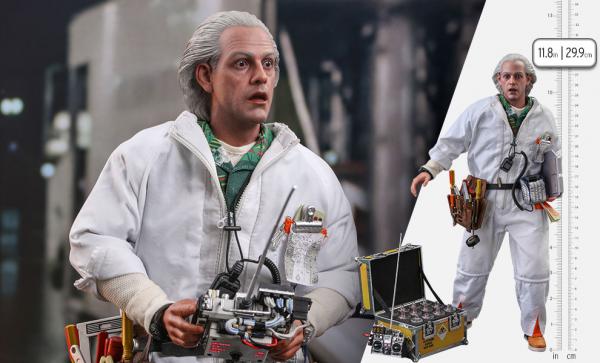 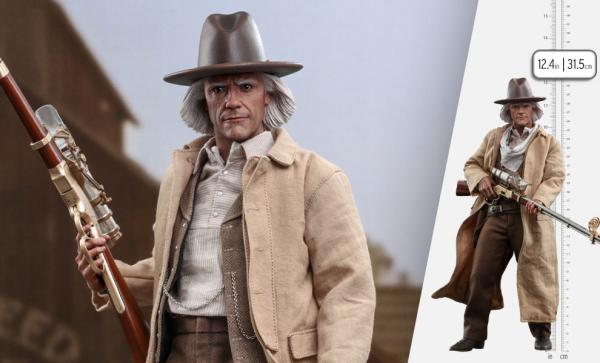 Tweeterhead creates the ultimate collection for fans of The Munsters