The many relationships of Thor Odinson – Thorsday Valentine’s Edition!

Another Thorsday is upon us, but what’s more, after this day of Asgardian celebration comes a day of celebrating love and eating chocolate –Valentine’s Day! The God of Thunder is no stranger when it comes to epic romances, even when they don’t always work out. He’s had several centuries of dating practice, and even then he still has his magical enemies and family getting in the way. Typical.

It’s hard to go out on a date when your father keeps erasing everyone’s memories, but that never keeps Thor down for long. Last Thorsday, we talked about Thor’s deadly foes who hate his guts- now let’s look at the many relationships of Thor. Do you think he was worthy enough to pick these ladies up? 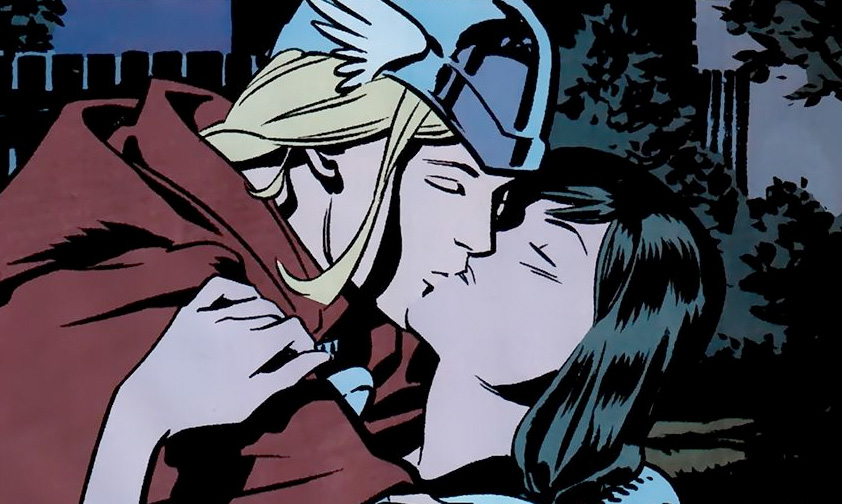 Thor and Jane Foster
These two have been famously on and off throughout the entire series of comics. Jane Foster began as a nurse working for Dr. Donald Blake, and she soon became tangled in a love triangle with Blake and his alter ego Thor, not knowing they were the same man. The Asgardian eventually took her home to meet the parents, but things didn’t go as planned, when Odin tested her with godhood and subsequently stripped her of her given powers and of her memories of Asgard. She was banished, much to Thor’s dismay.
In the most recent comics, Thor took her on a date to the moon, but ultimately acknowledged that Jane wasn’t his- she was dating a real estate salesman named Walter, who she later broke up with. Since losing his hammer, Thor has briefly visited Jane during her chemotherapy treatments, but otherwise he has not seen her much. It is clear they still have affection for one another after all this time, though. Their cinematic counterparts, played by Chris Hemsworth and Natalie Portman, have had a whirlwind romance that Thor likes to brag about to his fellow Avengers. 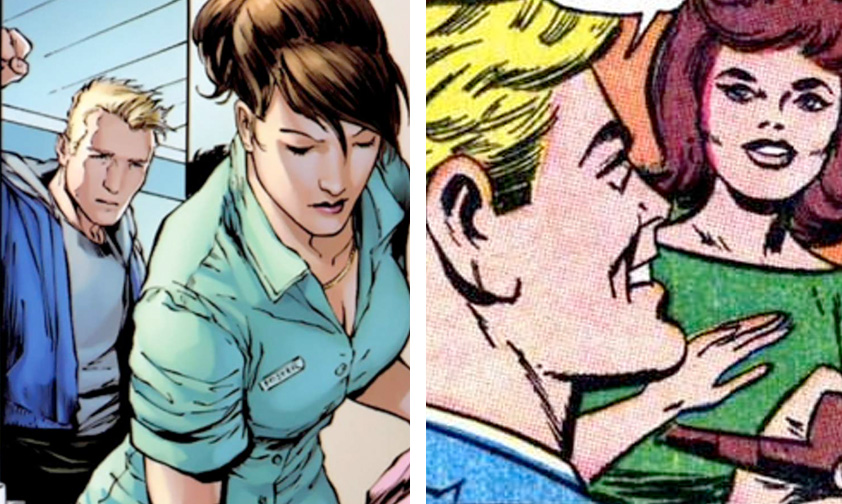 Jane Foster and Keith Kincaid
Okay, so technically this relationship doesn’t directly involve Thor Odinson, but in a strange way, it does. After Odin wiped Jane’s memories of Asgard, she returned to Earth and continued her work as a nurse in a new practice. She no longer worked for Dr. Donald Blake, Thor’s mortal alter ego, but she now staffed in Dr. Keith Kincaid’s hospital. Dr. Keith Kincaid was like Blake in a lot of ways- handsome, blonde, and smart. Jane certainly seemed to have a type.
Well, as it turns out, Dr. Kincaid was the mortal Odin based his ‘blueprints’ for Donald Blake on. It makes sense that Jane would then fall in love with him, even if she didn’t have her memories of Thor at the time. He and Jane went on to marry, have a son, and then divorce. Thor and Sif attended their wedding. 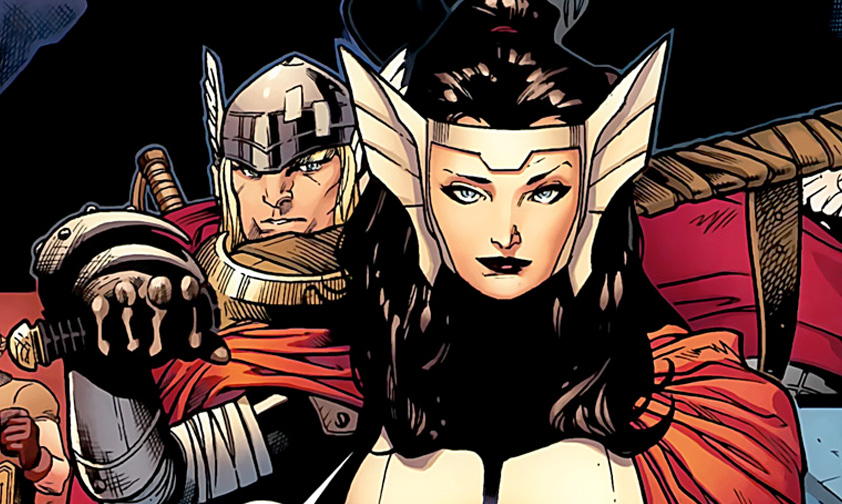 Thor and Sif
Odin found Thor’s mortal love to be too much of a distraction on his path to what was supposed to be redemption. The All-Father feared his son would never awaken to his true godhood so long as he wanted to stay on Earth with Jane. So, he sent in Sif to hopefully sway his son back to Asgard.
Sif the warrior even tried to compromise and live a mortal life, for a time. She quickly got bored, though, and grew frustrated that Thor had only affections for Jane Foster. Sif does love Thor, but their attempts at relationship are always frustrated by the interruptions of another woman, be it Jane or Amora. After Jane’s memories of Asgard and Thor were erased, Odin tried to arrange for Sif and Thor’s marriage. It didn’t work out. 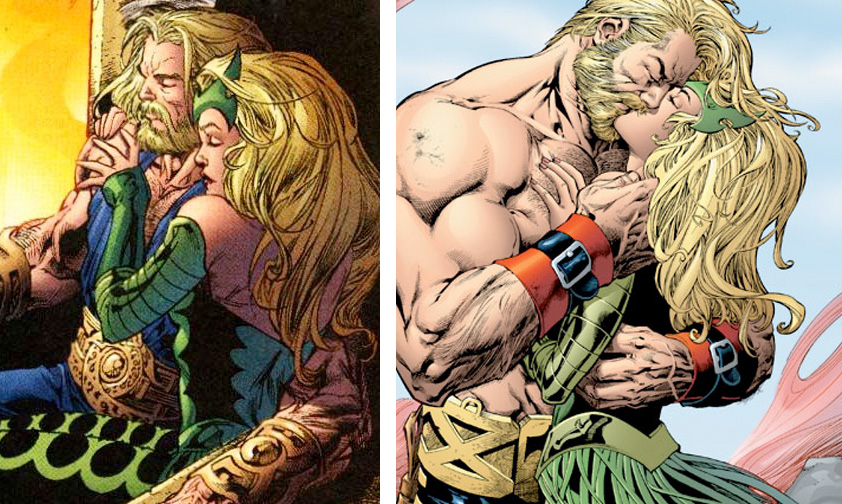 Thor and Amora
Amora the Enchantress has always had the hots for the God of Thunder. She specializes in love magic, and has often tried to seduce Thor with her charms and spells. Amora has also been a constant antagonist to Thor, making things a little complicated in the romance department. Once, though, Thor did willingly consent to a relationship with the Enchantress. They were married in an alternate future where Thor conquered Earth and became Asgard’s king.
While it might have been a perfect dream come true for Amora, who bore Thor a son and reigned as his queen, Thor soon realized this scenario was more like a nightmare. From there, he traveled back in time and warned his younger self of his transgressions, and so erased his future union with Amora and his dishonorable rule of the realms. 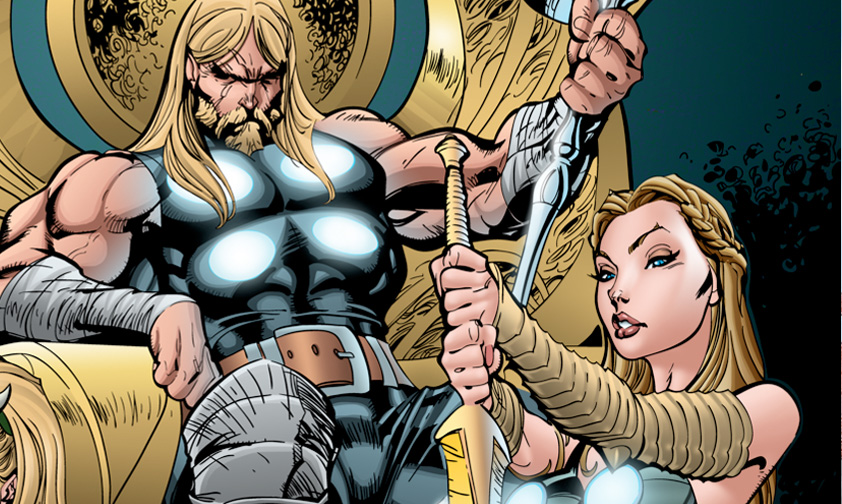 Thor and Brunnhilde
Thor and Brunnhilde, also known as Valkyrie, have a strange and confusing history together. After she defied Odin’s wishes and helped the pregnant bride of the man Siegmund, Brunnhilde was punished and exiled from Asgard. Odin cursed her into a trance-like state, and she was awoken from this stasis by a man named Siegfried, who was Thor in a reincarnated state.
Siegfried turned out to be the son of the woman she had helped- talk about a meet-cute! -and the two fell in love in Brunnhilde’s time of exile. Circumstances changed when Siegfried betrayed her, however, and was later murdered. The Valkyrie was so grief-stricken that she cast herself into his funeral pyre. Odin later resurrected both lovers, wiped their memories [again!], and reinstated their godhood. 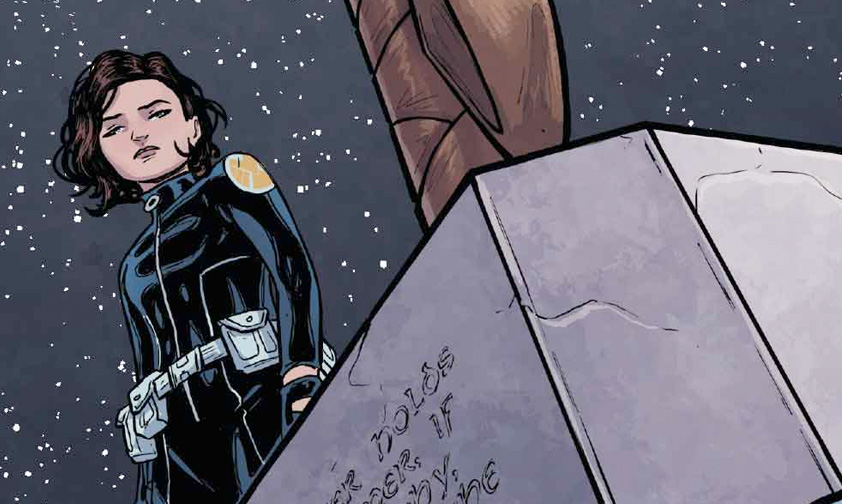 Thor and Roz Solomon
Roz Solomon might be just about the luckiest person to ever score a date with an Avenger. A graduating SHIELD trainee, she got the idea to invite Thor to her academy reception dance. How’d she ask him? Through Tony Stark, of course. She posted a video to the internet asking the Thunderer to come to her graduation and the rest is history. Sort of. The two had a rocky time fighting Roxxon, the oil conglomerate with a monster of a CEO. The Asgardian asked her out on a date, and she deferred him to a coffee meeting. He even stayed on Earth as Asgard re-ascended into the heavens in hopes of grabbing a beer with Agent Solomon.
However, throughout their time, the thundering Avenger was processing his own grief at the possibility of losing Jane Foster to her illness. Since he became unworthy, Thor became increasingly aloof, and now, currently, he’s disappeared altogether. Roz hasn’t seen him for a long time, so they might have to take a raincheck on that next date.

Now, I’m no romantic expert, but I think if Odin stopped erasing everyone’s memories, his son would have a better time socializing. As it stands now, Thor had better start practicing his pick-up lines if he ever wants to be worthy of Mjolnir or a second date again! It seems like he’s not so Loki in love these days.

That’s all for this Thorsday. Until next time, thunder lovers!