Three Questions about Netflix’s The Witcher Series (And Their Answers)

With the Netflix adaptation of The Witcher books by Andrzej Sapkowski coming soon, you may find yourself with a few questions about The Witcher world and what the series will be about. These popular fantasy novels have previously been adapted into a successful video game franchise, but the magical world of monster hunters and sorceresses still remains a mystery to some.

Are you wondering who Geralt is in The Witcher series? And what exactly is a Witcher? Let’s find out.

What is a Witcher? 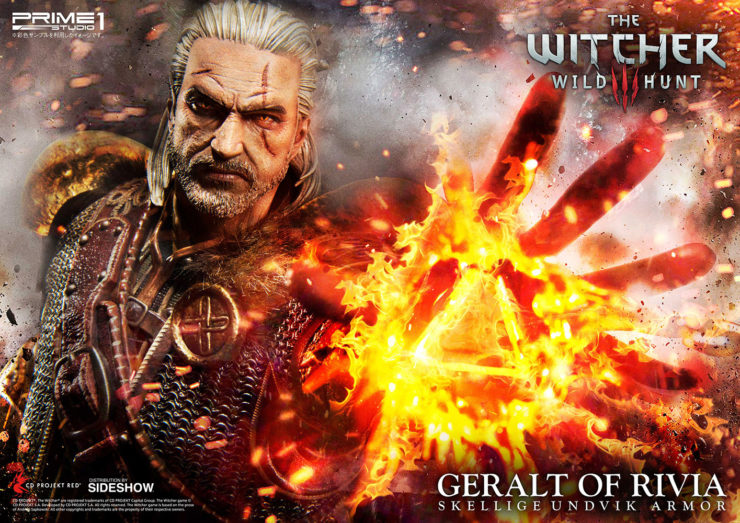 In the world of Sapkowski’s novels, Witchers are people who have gone through a rigorous mental and physical training regimen from childhood in order to become the perfect monster-killing machines. These monster slayers go through an archaic ritual called the Trial of Grasses in which they consume a secret mutagenic compound. The compound shifts their bodies and their minds in painful and dangerous ways.

Most children who trained to be Witchers do not survive the Trial of Grasses, despite their years of training and fortitude. However, if they do survive, they acquire extraordinary strength, dexterity, durability, and even a feline genetic mutation. Their eyes shift into those of a cat, as they gain the ability to see things that even the most skilled of trackers cannot see. They have an incredibly long lifespan, and they gain the ability to utilize magic in creative and practical ways, including the ability to sense items of importance or a person’s intentions. They are raised to be emotionally distant and apolitical so that they can work for anyone throughout the Kingdoms.

When Geralt was young, he partook in the Trial of Grasses, and had an unusually high tolerance to the Witcher mutagens. Because of that, he was subjected to even more dangerous mutagens, which ultimately changed his hair to white and made him even more powerful than his fellow Witchers. His strength and magical prowess are not to be trifled with, but what ultimately makes Geralt of Rivia one of the greatest Witchers of all time is his ingenuity.

No matter how powerful you are, nothing can beat a clever mind. And so, with the help of his thousand year old master Vesemir, Geralt mastered his abilities so that he could aid the world against their fight for monsters. When the video games begin, he is roughly 100 years old. Unfortunately, by the point, he had completely lost all of his memories.

What is it All About?

The Witcher follows Geralt of Rivia as he travels through the Northern Kingdoms and takes contracts from anyone willing to pay well enough — be it in gold or in information. Geralt’s journey is constantly complicated by the political turmoil of the Kingdoms he travels through, especially from the often aggressive Nilfgaardian Empire. 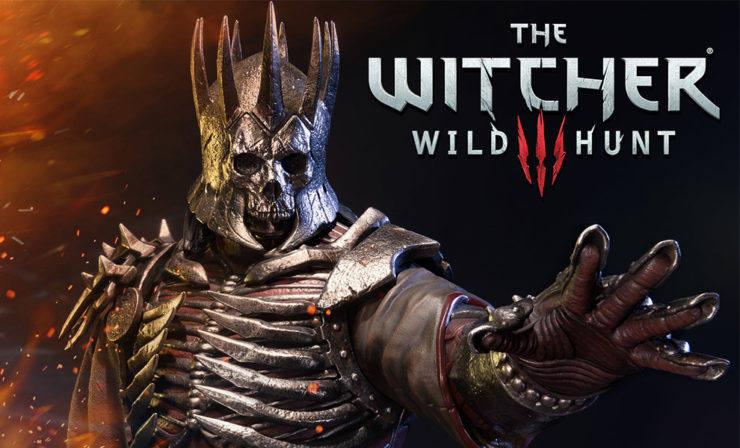 Caught in this complicated landscape, Geralt navigates stories big and small- wars between countries, and even different planes of reality. In Witcher 3: The Wild Hunt, Geralt fights back against Eredin, the King of the Wild Hunt. The Wild Hunt is a group of elite Elven soldiers, dedicated to capturing slaves for his purposes in the other realm. However, things get complicated when the ever-expanding power known as the White Frost threatens to destroy their native realm.

In order to save themselves, The Wild Hunt resorts to using a clever magical trick to siphon the destructive energy and use it against their enemies. The only way for them to completely save the world is to kidnap Ciri of Cintra and use her god-like power to defeat the White Frost. However, Ciri is quite important to Geralt, and so it is Geralt who ultimately stands against Eredin’s wicked plans. 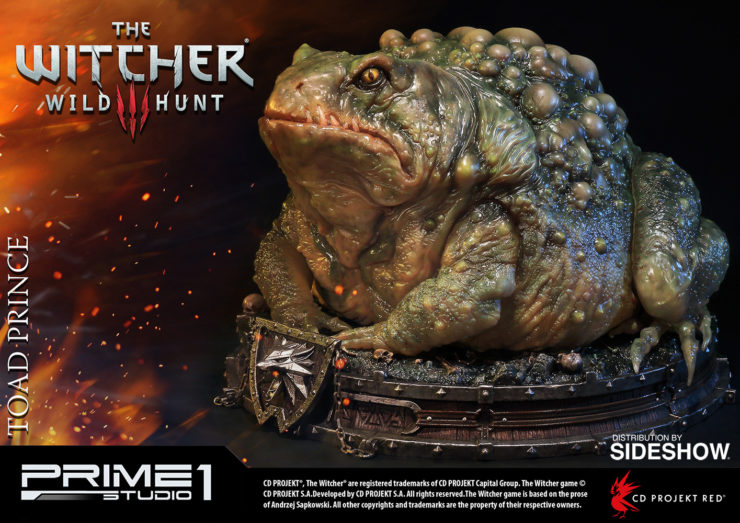 Since the Netflix series is based primarily on the books, it’s unsure whether or not the TV series will attempt to adapt the stories in the video games, though it’s unlikely all will carry over. What we do know is that Geralt will be fighting against countless monsters, just as Witchers were made to do.

In Witcher 3: The Wild Hunt, specifically the Heart of Stone expansion, Geralt is sent into the murky sewers to slay a dangerous beast. It is there that he is greeted by a giant toad with grotesque boils on its back that erupt in magical flame. Geralt must think quickly and use his own magic to defeat him.

Eventually, he slices the stomach of the beast, only to discover that the toad was in fact a cursed Prince. Thus, the Toad Prince was slain, and Geralt was captured by the loyal servants of his highness to pay for killing the Prince. We can only hope for such an exciting journey in the Netflix series as well.

There is a large cast of characters in the Witcher world, ranging from love interests to political overlords, many of whom come into contact with Geralt throughout his adventures. These are the three most likely characters that will accompany Geralt of Rivia in The Witcher’s Netflix adaptation. 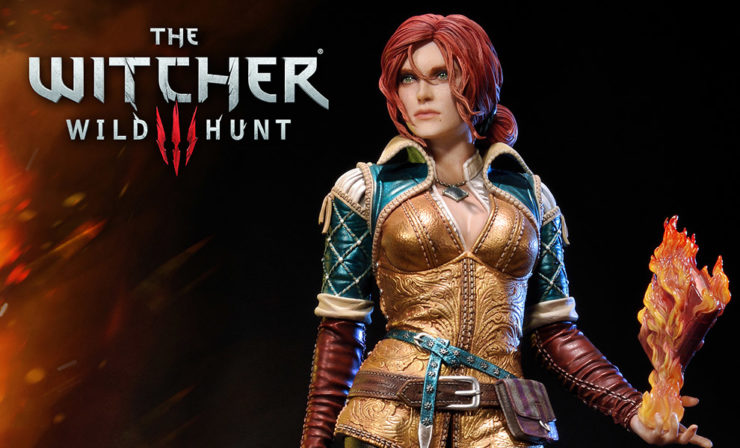 Triss Merigold is a sorceress who helps Geralt throughout the first two Witcher games. She is an on-again, off-again love interest even throughout the novels. Her clever tactics and intelligence are often the very thing that save Geralt’s life. She is a romantic interest in all three of the games, and if you so choose, Geralt can spend the rest of his life with her.

Triss is a talented alchemist, whose potions can heal even the most injured of men. Not only that, she is one of the few people in this world who knows where the Witchers’ fortress is. She was there to defend the Witchers when they were being attacked, and she fought side by side with Geralt and the others. She is strong-willed and a worthy adversary to say the least. 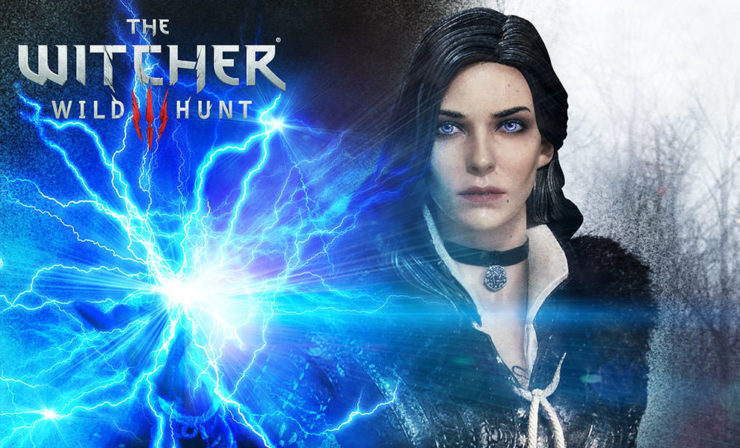 Yennefer is often seen as the love of Geralt’s life, and also acts as the mother to their adoptive child Ciri. She is an incredibly powerful sorceress with the ability to undo curses, produce incredible elemental energies, and more. It was Yennefer of Vengerberg that trained Ciri to use her magic. Like Geralt, Yennefer is roughly 100 years old. She has such a long lifespan because of her mastery of magic.

Yennefer has been taken by The Wild Hunt in the past, and she continues to fight against them in Witcher 3: The Wild Hunt. Yennefer was able to use her magic to undo a powerful Elven curse by creating a ritual using the Trial of Grasses and her own magic. By saving the cursed being, she found where Ciri was hidden. 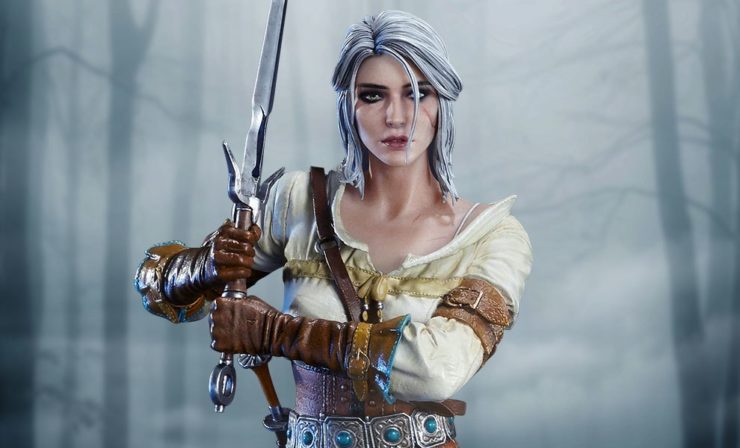 Ciri is the secret daughter of Emhyr var Emreis, the King of the Nilfgaardian Empire. However, she is the adoptive daughter of Yennefer of Vengerberg and Geralt of Rivia. Geralt raised her and trained her as if she were on the path to becoming a Witcher, while Yennefer trained her as if she would one day become a mage. Depending on your interactions in the game, she can become both.

Ciri of Cintra holds the Elder Blood in her body that connects her with a limitless amount of magical energies unlike anything before. This Elder Blood has been sought after for generations by Elven mages and wise men, all in the hopes of unlocking this power, and yet it arrived in an practically unknown orphan.

Ereden, who is the product of years of Elven eugenics, believed that he was the rightful heir to the power. And so he aimed to capture her and use her for her power, but with the skills taught to her by Geralt and Yennefer, along with her magical abilities, she could not be captured or defeated.

It seems that The Witcher Netflix series will show Geralt of Rivia before he loses his memory, and before the games begin, and we’re very excited to see where they take the show. We can’t wait for all the little Easter Eggs, and we’re (not so) secretly hoping for a Toad Prince reference.

What are you hoping to see in the Netflix adaptation of The Witcher? Let us know in the comments, and don’t forget to Let Your Geek Sideshow!