Pop in a cassette, check the tire pressure on your bike, and get ready for something monstrous straight out of Hawkins, Indiana — the Demogorgon has escaped the Upside Down. Check out our video below!

The new Demogorgon Sixth Scale Figure stands at an impressive 16 inches tall and has a fully poseable body with 24 points of articulation. Elbow and ankle joints, along with the creature’s grotesque torso, utilize soft PVC to enable maximum range of motion. Plus, with two interchangeable heads and two pairs of interchangeable hands, The Monster can be displayed in an endless range of horrific poses. Watch out, Will Byers!

Check out the unboxing video for this detailed collectible and find out even more about the Demogorgon Sixth Scale Figure as host Guy Klender walks you through every aspect of the unboxing experience from packaging to posing. See the figure’s articulation, the swap-out heads for posing, and the detailed paint scheme that recreates every layer of slimy, sinewy flesh. 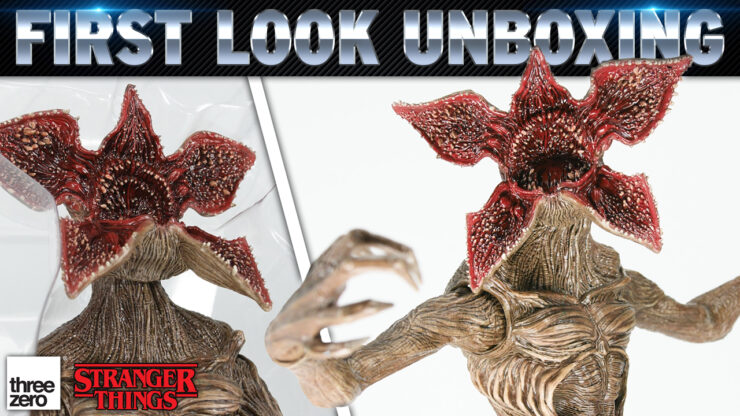 Hailing from another dimension entirely, the Demogorgon combines the behavior of our planet’s most fearsome apex predators: the nocturnal activity of a lion, the silent stalking of a coyote, the solitary power of a bear, and finally a shark’s insatiable thirst for blood. Its outer appearance, of course, is nothing like these familiar beasts. Instead, the Demogorgon is a creation of absolute and utter terror.

With its tall, lanky humanoid body, the Demogorgon would strike a fear into anyone who crosses its path. Long limbs all end in razor-sharp claws and feet that are expertly adapted for hunting. The Monster’s flesh appears to be all tendons and sinews that are pulled tight with every shriek and howl. But the most terrifying part of The Monster (which is saying a lot) is undeniably the head.

Rows of fangs outline each of the petals on the Demogorgon’s head. When it’s waiting to attack, the petals are closed like a bud waiting to blossom. But in full attack mode, the petals splay outward to reveal a gaping mouth that devours anything in its path. 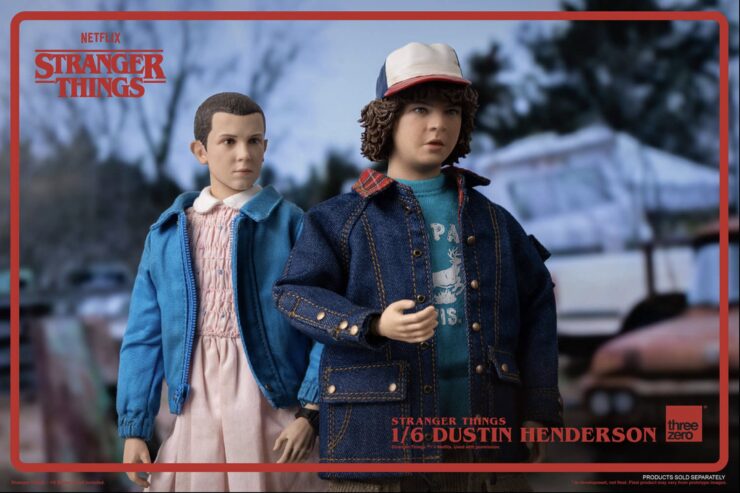 When a gruesome beast like the Demogorgon is unleashed, every member of The Party is needed! That’s why the Eleven Sixth Scale Figure, available for pre-order now, is the perfect addition to your Stranger Things collection. With five pairs of interchangeable hands, Eleven is ready to use her pyschokinetic powers to battle the Demogorgon. Plus, she’s got her signature frozen waffles.

In addition to Eleven, you can have the Dustin Henderson Sixth Scale Figure join the fray. This figure is available for pre-order now and features Dustin’s walkie-talkie, a flashlight, and a Stage 2 D’Art! Not all monsters are evil … right?

Will you be adding the Demogorgon figure by Threezero to your figure collection? Don’t forget to Let Your Geek Sideshow and tell us in the comments! 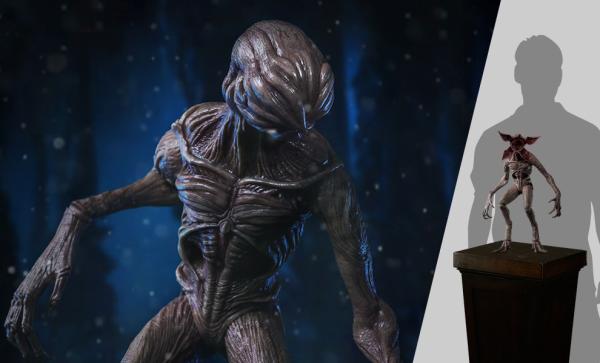 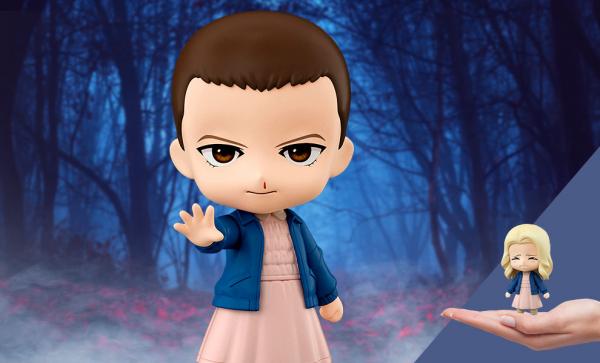 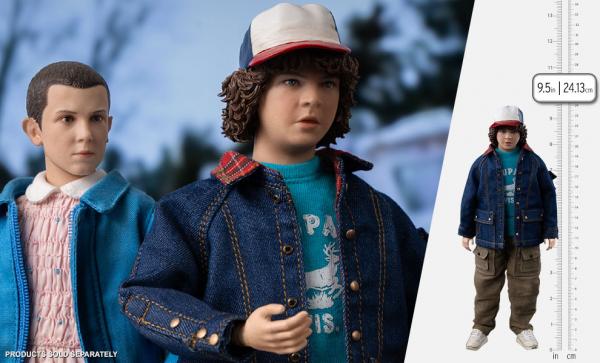 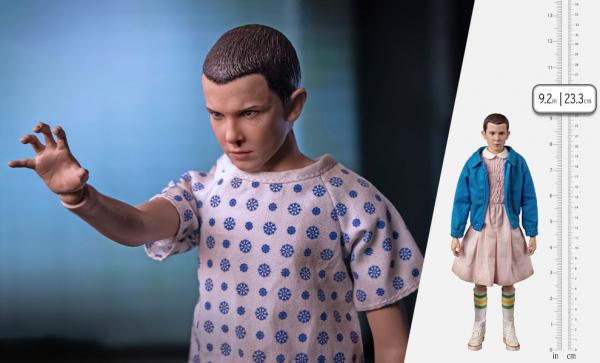