Top 10 Thought-Provoking Quotes From The Expanse

The Expanse is, without a doubt, one of the best sci-fi series to date. From the stunning visuals to the consistently solid story and top-tier performances, this show outperforms and outmatches many of its contemporaries. Not only that, but the abundance of philosophical, thought-provoking quotes adds to its brilliance. You gotta love a series that makes you think!

Below is a compilation of 10 quotes from The Expanse, some of which you might adopt as mantras or, at the very least, get them embroidered on a pillow from Etsy.

“Guilt is like salt. You put a little on, and it hides all the bitterness.” – Klaes Ashford (S03E09, “Intransigence”)

“Intransigence” finds Ashford and Drummer deciding to take the Behemoth through the Ring zone, while Naomi’s crisis of identity versus ideals culminates in her returning to the Rocinante. Ashford’s quote about guilt applies to many things in life, not just a fictional sci-fi series about a solar system at war. Making someone feel guilty about something ultimately takes the heat off you, ergo concealing “all the bitterness.”

Side note: We couldn’t have asked for a better actor than David Strathairn to portray Ashford. 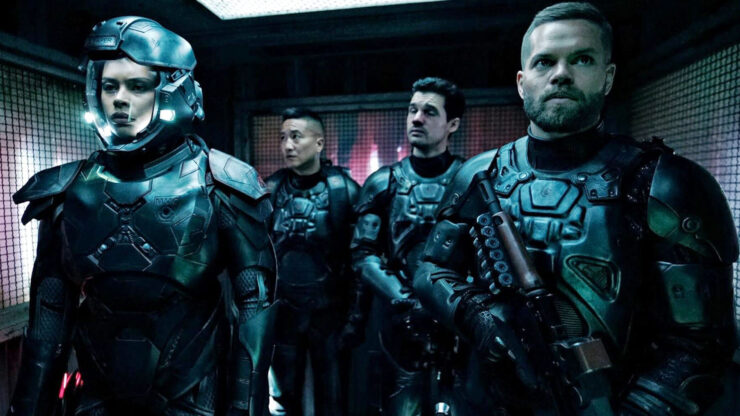 “Critical Mass” is a pivotal chess piece in season 1, as Fred Johnson broadcasts information about the attack against the MCRN Donnager. Then, of course, you throw in Holden and Miller’s meeting for the first time and Julie Mao’s backstory for good measure. Johnson’s quote should be everyone’s mantra: The past is in the past. We can’t change what we’ve done — however, our future actions are in our control.

“Rock Bottom” moves the needle for Miller, who discovers damaging information on a data cube. Avasarala attempts to keep an eye on Fred Johnson while the Roci crew arrive at Tycho Station. Amos’ quote about environments shares an important truth, especially for anyone who has worked in customer service. If you treat your people (or servers) like crap, chances are, you’re crap.

“Salvage” finds Miller briefly crossing paths with Holden and the gang on Eros, and the Roci group also discovers Julie’s ship. Errinwright dispatches a black ops team to do away with Holden and, you know, loads of critical events unfurl. As Miller says in the above quote, it’s hard to trust your gut, but it usually doesn’t lead you astray. That pesky over-thinking head tends to get in the way.

“Pyre” introduces us to Amos’ best friend, Prax, a survivor of the Ganymede attack whose daughter Mei is missing. Anderson Dawes escapes with Cortázar, throwing a wrench in many moving parts. Holden, the begrudging leader turned hero, reminds us there’s always more we can do as long as we’re alive.

“Never listen to what people say. Just watch what they do.” –Chrisjen Avasarala (S02E01, “Safe”)

In “Safe,” Miller allies himself with the Roci crew while Bobbie Draper witnesses growing tensions between Earth and her home planet, Mars. Avasarala’s quote about truth might be one of the best from The Expanse, as it’s so revealing about the nature of humans. Actions speak louder than words. To piggyback off Avasarala’s sage wisdom, “Words are wind,” as the unlucky Ned Stark would say. 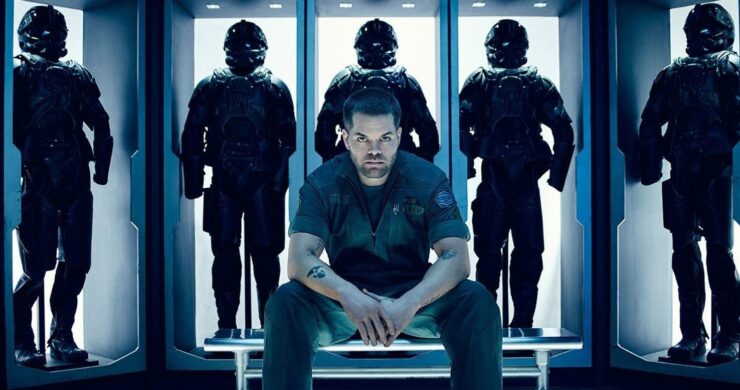 Ah, Amos — always dispensing truth bombs when we need them the most. In “Tribes,” Amos and Clarissa look for refuge on a devastated Earth while Marco makes Drummer an irresistible offer. And, after Marco’s asteroid attack on Earth, Avasarala rises to power once again. Anyway, civilizations keep you civil, and they’re inextricably linked; you do away with societies, and you can’t count on folks maintaining civility.

“You just have to believe that what you’re doing really matters, and then the fear can’t control you.” – Bobbie Draper (S04E01, “New Terra”)

“New Terra” ushers our Roci gang through the Ring Gate and onto a new planet, Ilus, where they must settle a dispute among the colonizers. Meanwhile, back on Mars, Bobbie is dismantling decommissioned warships for a living, and a conversation with Alex yields this gem of a line. Believe in what you’re doing, and fear can’t touch you.

“The war does not end when people put down their guns; it ends when they reconcile. Until then, the war has only paused.” – Chrisjen Avasarala (S04E02, “Jetsam”)

“Jetsam” finds Drummer and Ashford tracking down a terrorist while Holden tries to hold down the fort on a contentious Ilus. Avasarala dispatches this pearl of wisdom, and it’s a stark reminder of the ramifications of real-life war as well as what happens in The Expanse universe. Reconciliation must happen for war to end — putting down guns merely pauses the battle at hand.

If anyone knows how to handle the truth, it’s Camina Drummer. Another great line from “Jetsam” comes from our favorite Belter (besides Naomi, of course). The truth is the truth, no matter how you present it. You can’t control how others react to it, but you can control how you deal with it.

A hallmark of powerful sci-fi is the ability to make the audience stop and think, and The Expanse does just that with its endless supply of space-bound philosophy.

What are your favorite thought-provoking quotes from The Expanse? Let us know in the comments and don’t forget to Let Your Geek Sideshow!