Unsealed and Revealed airs every Tuesday from 10 AM to 11 AM PST. It is one of Sideshow’s longest running and most popular livestreams. Hosted by Jeff May and Guy James Klender, this show features a different Sixth Scale Figure every week. But we do more than unbox the figures—read on to learn more!

Next week on February 9, 2021 at 10 AM PST we’ll be looking at the Heavy Infantry Mandalorian™ Sixth Scale Figure by Hot Toys. Guy will be highlighting features such as the weathering effects on the tailored costume, the armor pieces, and the jetpack. 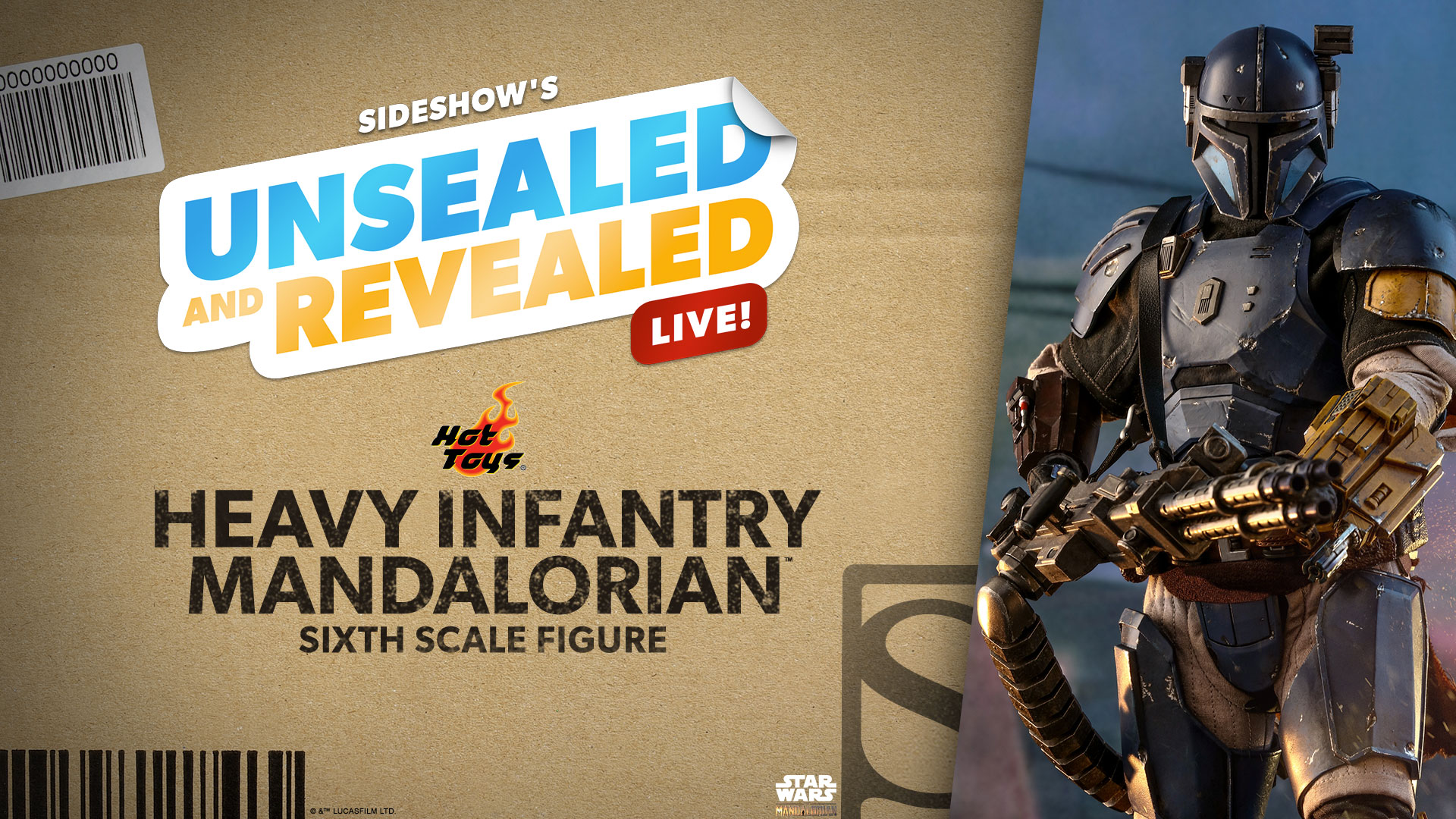 Do you have a favorite episode of Unsealed and Revealed? What about a suggestion for which Sixth Scale Figures we should take a look at next? Let Your Geek Sideshow and tell us in the comments, and don’t forget to hit that notification bell on YouTube to be alerted when we’re LIVE next!