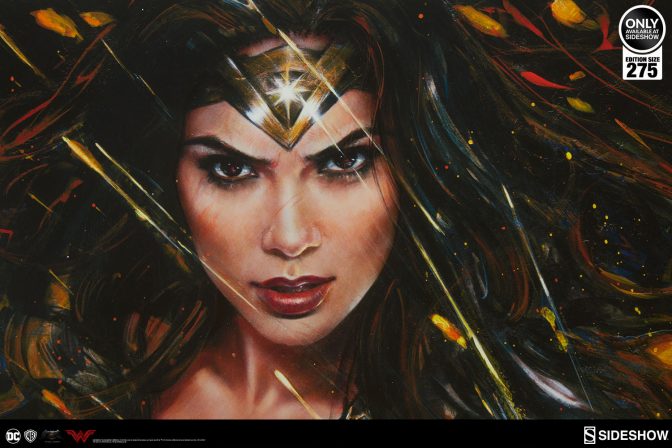 Considering Wonder Woman is one of the strongest, smartest, and most skilled fighters in the DC Comics universe, she needs to have antagonists that can actually give her a challenge. And boy, do they. From an ancient Greek witch, to a super fast cat woman, to the the God of War himself, Wonder Woman’s villains run the gamut from very powerful, to supremely powerful. And while arguably, these rogues might not be as recognizable as the The Joker or Lex Luthor, they are no less dangerous.

Don’t let his diminutive size fool you, Dr. Psycho is a misogynist with powerful mental abilities. He can control the minds of those around him with a single thought, inducing them to cause harm to themselves or to others. As if that weren’t enough, Psycho also has the ability to generate convincing illusions, making people see things that aren’t there to cause panic or strife. Good thing Wonder Woman has a magic lasso that can make people see the truth.

If you’re a bad guy (or gal) who has to fight a super strong Amazon standing 6’ 2” tall, it would probably help if you could increase your own size and strength significantly. Dr. Doris Zeul can do just that. A brilliant scientist with the ability to grow to the size of a skyscraper, Giganta’s one drawback used to be, the larger she grew, the more she lost her brilliant intellect. She has since overcome this particular hurdle, and is now able to maintain her full brain power no matter how large she grows, making her more dangerous than ever. 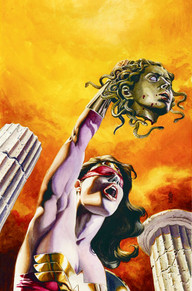 The gorgon of classic Greek mythology returned to life through magic, Medusa is every bit as scary as you would expect her to be. If a head full of poisonous snakes and a stare that will turn any living creature to stone aren’t enough to prompt nightmares, you can also add the ability to fly, super strength, and expert hand to hand fighting skills to her fearsome repertoire. But she is no mindless monster, and she will not hesitate to kill innocents in order to achieve her goals. 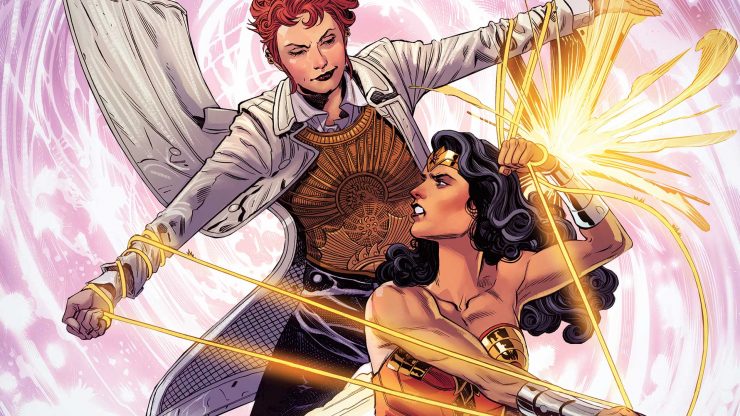 An immortal sorceress and follower of the goddess Hecate, Circe is a persistent thorn in the side of Wonder Woman and all the Amazons. She is one of the most powerful magic users in the DC Comics universe, and if Circe’s powers have a limit, it has yet to be seen. In fact, it was her magic that resurrected Medusa, and her favorite pastime is turning people into pigs. To match these abilities, Circe also has a cunning tactical mind, and knows that good things come to those who are patient.

The immortal god of war, Ares sees the the Amazons as the antithesis of everything he stands for, and as such they must be destroyed. Being a god, he usually uses subversive methods or malicious servants to do his bidding, but he won’t hesitate to dirty his own axe with the blood of his enemies if need be. Ares feeds off conflict and grows more powerful when in the presence of violence. Top this off with near limitless strength, necromancy, and the innate ability to use any weapon, and you have one of Wonder Woman’s deadliest and most persistent foes. 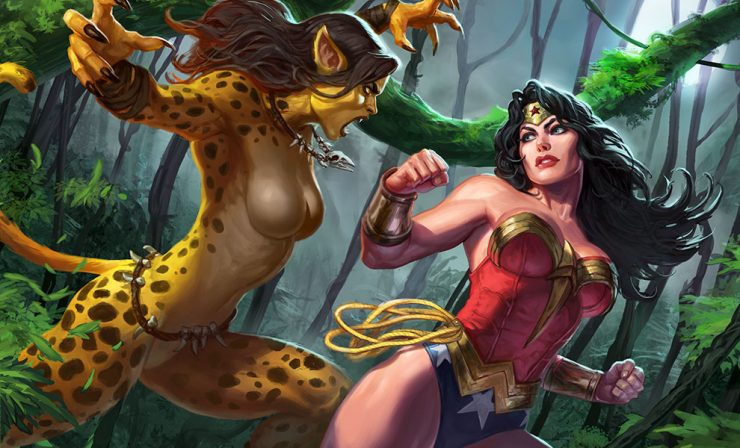 There have been many Cheetahs over the years, but by far the most powerful has been Barbara Ann Minerva. A famed archeologist and one time friend of Wonder Woman, Minerva was seduced by the Cult of Urzkartaga to become a bride of their dark god. Now transformed into the Cheetah, Minerva is more than a match for her former friend, with super speed, amazing strength, and sharp claws able to cut through even Wonder Woman’s skin and armor. It’s no wonder she is considered by many to be Diana’s archenemy.

So who’s your favorite Wonder Woman villain? Anyone else you think is a match for the Amazonian princess? Let us know in the comments below!