Red Sonja was born in Hyrkania, an ancient Kingdom with magic in its veins and evil lurking in the shadows. It was evildoers that snatched Red Sonja, then called Sonjita, and forced her into captivity. For three years, she was made to fight as a gladiator.

Before enigmatic magic transported her to modern day New York City, Red Sonja learned to fight. And I was there to see it all. 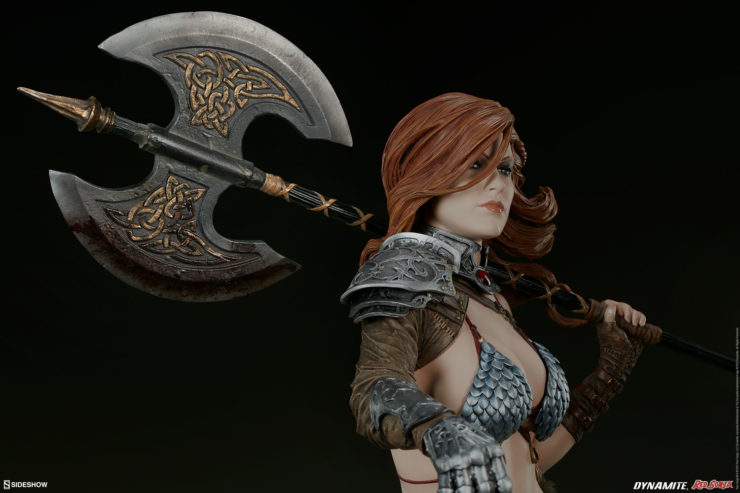 I had already been held captive for 2 years when young Sonjita arrived. She was scared, at first, like we all were. Our captors insisted she fight, no matter whether she knew how to or not. There was a fear and red hot fire in her eyes. She would not accept this life. She would not accept defeat.

Many of the gladiators were charmed by her. Her natural beauty served her, and she used it to her fullest potential. She donned hardly any armor at all. “Men are easily distracted,” she said. “Most of them never even notice my sword… until their heads roll off their necks.”

They offered to train her, but were soon sorely outmatched. Sonjita trained harder and learned faster than any gladiator that’s ever come through these halls. She could leap 15 feet into the air. She took down a horse with a single punch. She could drag her behemoth opponents around like rag dolls. 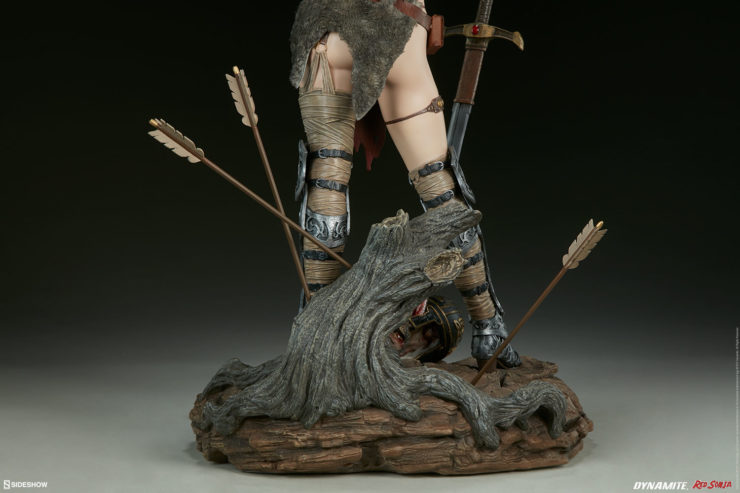 For her premiere gladiatorial fight, I offered her my favorite weapon. “Use this battle axe!”

Sonjita held the battle axe like a shovel. She weighed her options, and weighed the axe. Then she hoisted it onto her shoulder like it was her own.

She didn’t hear me. She was looking for more weapons, checking every hall and corner in our poorly lit cell. A sword. A dagger. Anything. She carried any and every weapon she could out into the gladiatorial ring. She was talented, to be sure. Ready to fight. But no one was prepared for what happened next.

The crowd was roaring, probably for her attire just alone, but also for her opponent. He was an archer with impeccable aim. His arrows were quick, but Sonjita was impossibly quicker. Her sword cut arrows in two. He aimed for her hands, forcing her to drop her sword. He had a perfect shot. He nocked the arrow. Drew his bow. And shot straight for her heart. The crowd went silent. As fast at the arrow shot across the ring, it stopped.

She caught the arrow. Her hand an inch away from her chest. Sonja let out a blood-curdling battle cry, and threw the arrow back with the same force as it came. The arrow dug into his shoulder. Sonja grabbed her sword, and lopped the head off of the archer, his face forever molded in shock. His blood stained her armor and her sword.

“The winner is the She-Devil with the Sword! The Maiden covered in red from head to toe…. Red Sonja!”

After that, there wasn’t a single weapon that Red Sonja couldn’t learn how to use. She could have killed you with a cotton ball, if she wanted to. 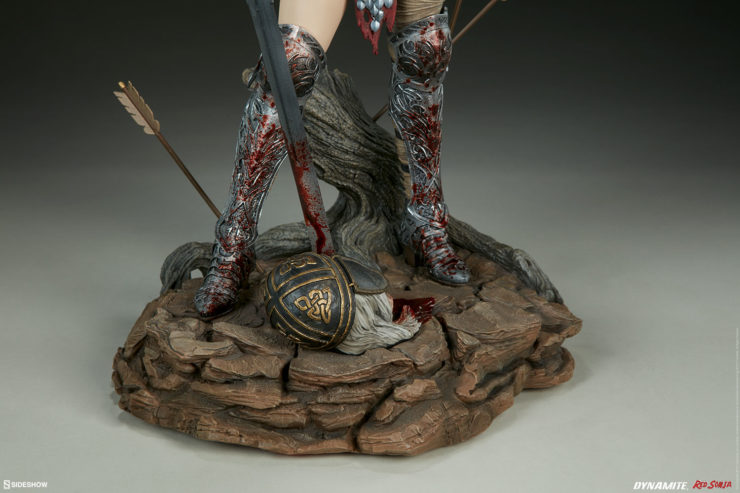 Of all of the impossible feats I’ve seen Red Sonja perform, there are a few that showcase just how strong she is. In one battle, she punched a horse to the ground in one hit. The horse fell, and the chariot it was pulling careened to the right and collapsed against the wall. The men inside jumped away to safety, and charged towards her to attack. They came with swords and axes at the ready. To their surprise, Red Sonja jumped 15 feet above them, and hailed down a storm of arrows.

In one unequal match, six men worked together to use a battering ram against her. Like I said, it was an unequal match, and Red Sonja easily bested them, even with their strength combined.

It seems that the angrier Red Sonja gets, she more determined she is to hold her ground. Her righteous rage is all-consuming and unyielding. She’s traveled and fought in blizzards just to see her goals met. 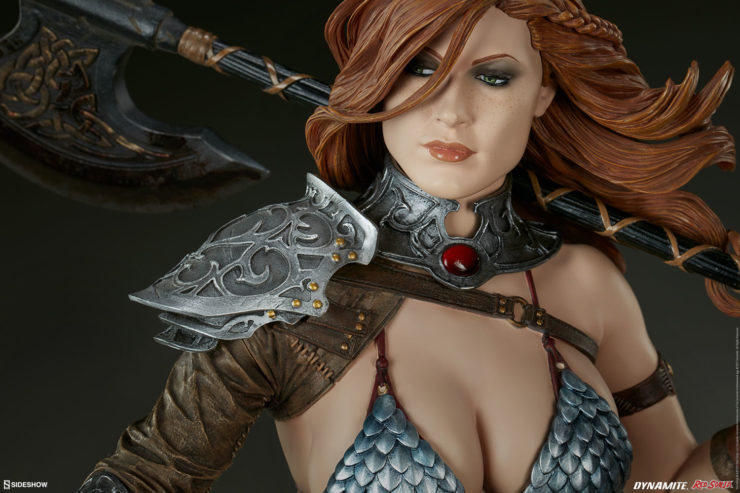 More than anything, Red Sonja is brilliant. She is ready to adapt to any situation. Even when she arrived in New York City, she was quick to adapt to the fast paced world and modern technology.

When you fight her, know her strengths, and know that there is no opponent as formidable as Red Sonja. You can add the strength of the Hyrkanian She-Devil to your collection with the Red Sonja Premium Format™ Figure today.  You can see the full unboxing video below:


What’s your favorite Red Sonja comic? Let us know in the comments, and don’t forget to Let your Geek Sideshow!