Who is Death, the Curious Shepherd?

Death, the Alltaker, hunches over to inspect a skull with an ethereal form rising from its old shell. The light from this new creation holds back the dreadsgrip underneath his arms and in his destructive scythe. He is surrounded by skulls each revealing different aspects of his nature. And while Death’s posture shows his exhaustion in the endless cycle of harvesting souls, his expression shows his resolve to end it.

The Death: The Curious Shepherd Statue captures the Lord of the Underworld in a moment of vulnerability. But who is Death? And what is the Court of the Dead? 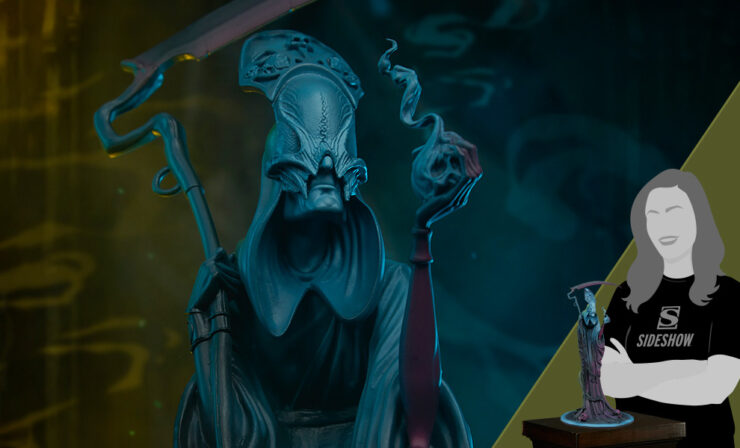 “In the mortals, I see the light of hope… something the Celestials can’t understand… something that I will protect… and renew.”

Heaven and Hell have been at war longer than anyone can remember. Angels are beings of light and order. Demons are beings of darkness and chaos. They are diametrically opposed, imbalanced, and fated to fight for eternity. But the Celestial battle has no end in sight, because neither holds greater power nor greater virtue. They are two sides of the same sinister coin.

But instead, nearly moments after his creation, he was manipulated. He was forced by the cruel hands of the Celestial Realm, meaning Heaven and Hell, to collect mortal souls. But instead of housing them as prize or punishment for your mortal deeds, as many mortals believe to be true, Heaven and Hell simply use the energy from the soul, called etherea. Etherea is the only thing that fuels their war. And Death was the only one who could acquire it.

He had no choice. 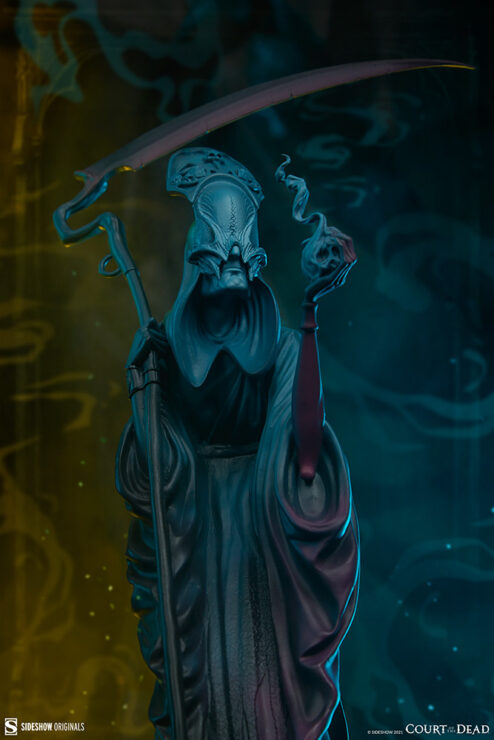 Death’s experience is best summed up in the comic Death’s First Harvest. Death went to the Mortal Realm at its very beginning. He was there at the beginning of life, and he saw humanity in its earliest stages. He was, at first, afraid. He had only ever met the Angels and Demons. Death could only hope that mortals weren’t as cruel or imbalanced.

Having only the Angels and Demons as a reference, he expected mortals to be some other impossible extreme. He expected barbarism and cruelty, as wretched as the Celestials. And yet he was surprised.

Somehow, etherea had found a form of balance within the mortals. They were not entirely orderly, nor entirely chaotic. They did not have a perfect balance, but maintained a balance nonetheless. And as he watched the mortals, he grew to care for them and love them. They were strange to him. Their impermanence and short-lives didn’t deter them from change. In fact they changed so frequently that he could hardly blink before there was a tidal wave of innovation, self-discovery, and beauty.

Mortals often believed that Death was the reason for their demise. That is not true. He is simply a collector. He grew to despise the title Death, and took on another: The Alltaker. The Alltaker collected mortal souls because he was forced to, but after a time, it became very clear that he would do anything to protect them.

The Underworld and the Court of the Dead 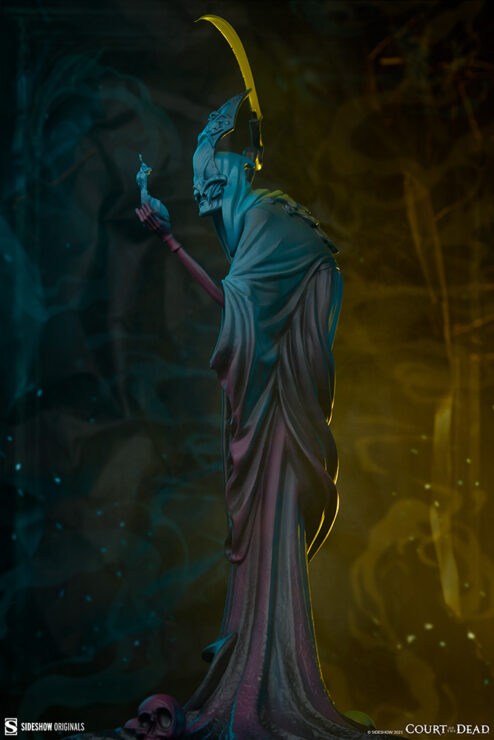 Death was wise, and knew that he could not succeed alone. He had much to learn about himself and his nature. He had much to plan for his rebellion to succeed. He needed others, so he pulled aspects from himself and made unique individuals — full beings with desires and intentions. A being of ambition, a being of reason, a being of imagination, dedication, justice, and more. The Alltaker assembled co-conspirators from across the realms, remaking them and ultimately forming the Court of the Dead.

This council would assist the Alltaker in his plan. And while the Court has evolved over time, as allegiances change and children fall away, the Court of the Dead still stands. Throughout it all, the Court dedicated themselves to toppling the corrupt powers that be. They are a complicated political allegiance focused around the Alltaker’s Plan — a plan to restore balance in the universe and freedom to all our mortal souls.

And so, with each aspect acting to balance and bolster the Underworld, the Court of the Dead began to build a city. Some beings were given life to help Death collect the souls, because he needed to collect faster. Not only were the Celestial oppressors becoming more greedy over time, Death needed more souls for himself and his purpose.

He would take the strongest souls, beings with the brightest of etherea, the strongest of wills, the resolve to fight, and take them for his growing army and for his rebellion.

As more souls came in, the Underworld grew into a city called Illverness. The Court of the Dead oversees this city, and tends to its matters. Every citizen of the underworld is called a mourner. And each mourner knows what is to come. A rebellion. A call to action. The necessity to RISE. CONQUER. RULE!

If you want to assemble your own secret Underworld rebellion, be sure to check out our Court of the Dead collection. If you’re interested in learning more about Court of the Dead, read the free webcomics, or watch School of the Dead.

Who is your favorite Court of the Dead character? Let us know in the comments, and don’t forget to Let Your Geek Sideshow!

Death The Alltaker Court of the Dead 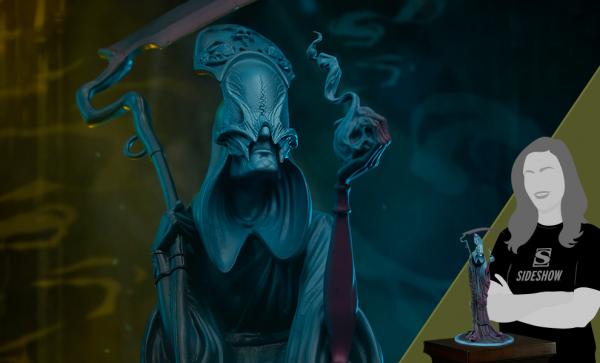 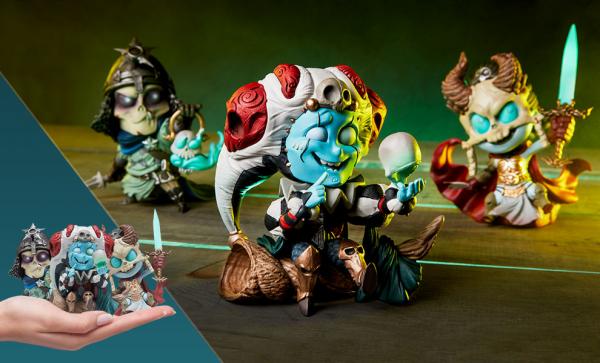