Maybe you’ve seen this image before. It’s a pretty classic meme, but more than that, it captures an extremely important part of all comic book discourse: doppelgängers. Whether you’re reading Marvel Comics, DC Comics, or Dynamite Entertainment Comics, doppelgängers and doubles have become pivotal in their storytelling.

Which brings us to Scarlet Spider, a clone of the original Peter Parker. Or is he? 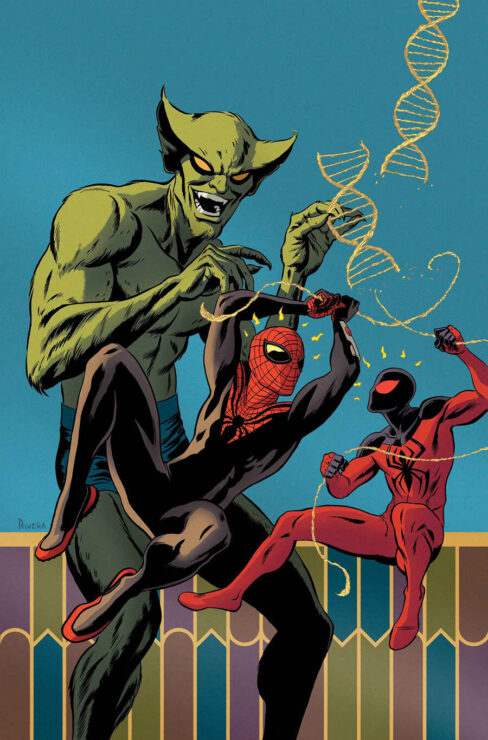 Warren wanted to create clones. The High Evolutionary would not have it, and refused to work with him again, but that wouldn’t stop Warren. That wouldn’t stop his experiments, or his obsession with cloning. When one of his experiments killed his family, he snapped. He blamed some twisted part of himself for his actions, and accused the “other” personality for his deeds. He believed he was innocent and that “the Jackal” was at fault. And so he decided that cloning was the best way forward through life. If there was a problem, he attacked it with clones. 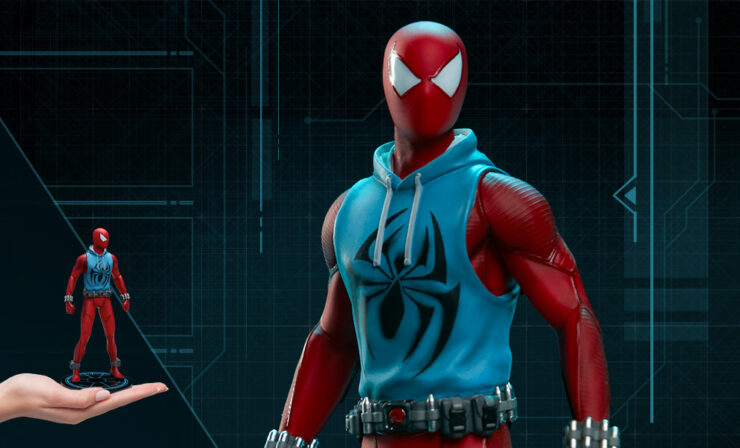 At first, the clone was just used as a pawn in the Jackal’s game. Spider-Man naturally didn’t believe that he had a clone, and so the two fought and struggled against each other and the Jackal all at once. The Jackal hoped only to confuse Spider-Man so that he would question his identity, or perhaps give up the mantle of Spider-Man. Instead, it was the clone who realized that he was only a duplicate, and despite having all the memories and moments of Peter Parker’s life in his head, they weren’t his.

The clone left New York City, and took on the name Ben Reilly. Ben like Peter’s uncle and Reilly being Aunt May’s maiden name. Despite not being the true Peter Parker, his history was important to him. He was always tied to his past, whether he knew it or not. Even when he was hiding in completely different states, he couldn’t help it. He had to help others. Danger and daring were a part of his genetic code, and he didn’t deny it.

Eventually, he did return to New York City, but there was only room for one Spider-Man. Instead, he chose a slightly different costume and the name Scarlet Spider. Spider-Man and Scarlet Spider have identical powers, abilities, strengths, and even memories up to a certain point. Venom even believed that Scarlet Spider was the real Spider-Man for quite some time, but he noticed something strange — where Venom didn’t trigger Spider-Man’s spider-sense, due to their symbiotic bonding, Scarlet Spider could sense Venom with his spider-sense.

They are exactly the same and yet completely different people. Ben Reilly doesn’t hold back as much as Peter Parker. This turned out to be for the better because Scarlet Spider had something in his past lurking in the shadows, waiting to bite him.

Scarlet Spider wasn’t the first clone of Spider-Man, he was just the first successful clone. It was Kaine who was the first. 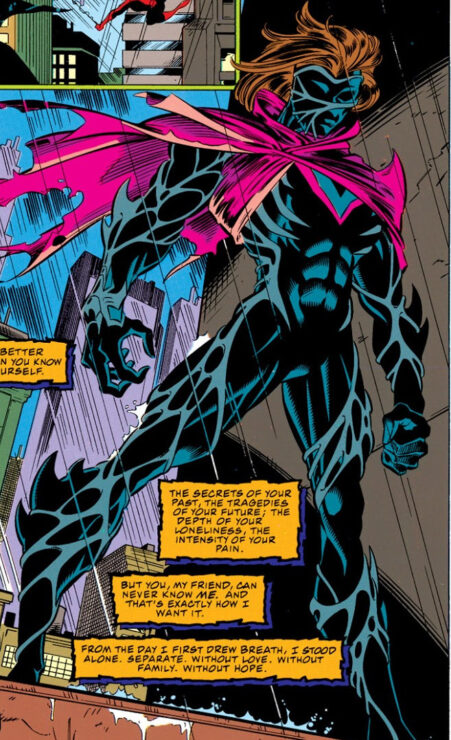 If Ben Reilly was a “perfect” clone of Peter Parker, then what was Kaine Parker? And what defines perfection when it comes to cloning Spider-Man? Was the Jackal’s goal to make an exact replica? Or was it in fact to create a Spider-Man that he could control? The motives may be unclear, but the results speak for themselves in Kaine.

Kaine is more spider than Spider-Man himself. His cloning “went wrong” and the spider genetics that were intertwined with Peter Parker’s continued to develop within Kaine. And due to that complicated web of genetics, Kaine grew to be stronger, faster, and more powerful than Peter Parker in nearly every way. Where Spider-Man has his spider-sense, Kaine is practically clairvoyant — not just able to sense danger but to predict specifics of the future based on his actions and the actions of those around him. In addition, he has the Mark of Kaine, the ability to burn away at anything he touches.

Kaine was discarded as an imperfect clone and, instead, Spider-Man bonded with and worked alongside Ben Reilly. Kaine was jealous. Kaine was angry. But Kaine didn’t want acceptance, since he learned right after his first few breaths that his creator the Jackal didn’t want him. The Jackal only wanted a test subject. He grew to hate the Jackal and Spider-Man. But thanks to insanity, and comic book hijinks, both Jackal and Kaine believed that Ben Reilly was the real Peter Parker.

So Kaine tortured Ben Reilly. He followed him from state to state, story to story, lurking in the shadows, and hurting Ben and everyone he loved. He was clever and dangerous. He was powerful beyond belief. Nothing could stop him … except himself. It took time to learn and grow. It took acceptance of himself and the truth of his creation but, eventually, Kaine redeemed himself and became a hero just like Spider-Man. He even became the Scarlet Spider in one story!

Did you know about the Scarlet Spider? Did you know that both Ben Reilly and Kaine Parker donned the costume? Who is your favorite Spider-Man clone? Let us know in the comments, and don’t forget to Let Your Geek Sideshow!