[SPOILER ALERT: The following contains spoilers for Episode 4 of Loki on Disney+]

We’re nearing the end of Loki which means one thing: no more filler episodes (I’m looking at you, Episode 3). Things are quickly getting intense. Episode 4, “The Nexus Event,” dove right in and introduced some major revelations — the type of reveals you would expect from the season finale. Not to mention, that end-credit scene. It’s enough to make a Marvel stan’s head spin.

While you’re counting down the days for the penultimate episode, stick around and dive deeper into the biggest OMG moments. Without further ado, here are the top 4 biggest takeaways from Episode 4 of Loki in order from least to most impactful.

TVA agents, both white-collar workers and on-the-field agents, have been having a rough time (to say the least). Since last week’s episode, we’ve seen their worlds fall apart. Everything they’ve known has been crumbling since Sylvie tinkered inside Hunter C-20’s mind, thus exposing her to the harsh truth: All TVA agents are variants.

The major revelation isn’t without consequence either. Sadly, for Hunter C-20, it resulted in her death. We don’t get to see this on screen, but Ravonna Renslayer admits this to Mobius, who later sees a clip of Hunter C-20’s suspicious interrogation for himself.

As for Mobius, we see the keen investigator struggle throughout the episode. Things just don’t add up. Hunter C-20’s sudden death, her last words (“It’s real … it’s real”), and Renslayer forbidding him to speak to Sylvie. Alas, his suspicion is his downfall and he shares the same fate as C-20. It’s his closest friend, Renslayer, who orders his pruning (more on pruning later).

The only TVA worker to get a semi-positive scene is Hunter B-15.  Sylvie shows the hunter a glimpse of her human life and, if you’re like me, I bet that scene nearly brought you to tears — “I looked happy.” She’s still alive, helping the variants free themselves from their Time Twisters. Please, Marvel, let her have a happy ending.

The Time-Keepers Are Fake 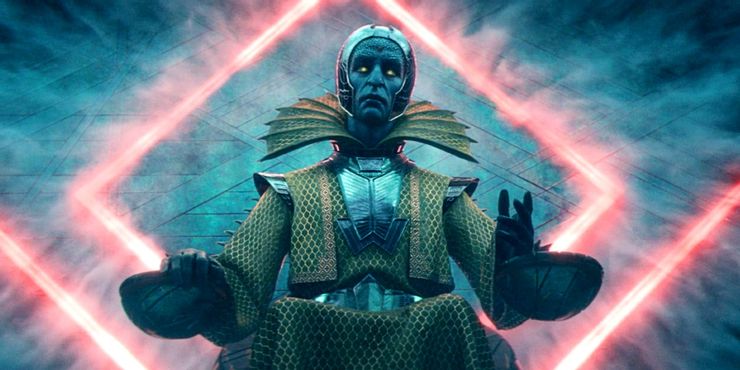 This one isn’t much of a revelation. From the get-go, Loki has been abnormally suspicious of the Time-Keepers, which has made all of us watching just as skeptical. Lo and behold, we were all right. The “space-lizards” are fake. They’re “mindless androids,” further proving Sam Wilson’s big three theory: “Aliens, androids, or wizards … every time we fight, we fight one of the three.”

However, that’s only partly true. The Time-Keepers ended up being androids, but now the real battle begins … with the real villain. So, who is that? If the Time-Keepers aren’t the real antagonists, who is? Popular theories are spreading like wildfire with many theorists torn between Kang the Conqueror, Miss Minutes (who’d still fall into the android categorization), and another Loki variant.

The Cause of the Nexus Event Is Self-Love? 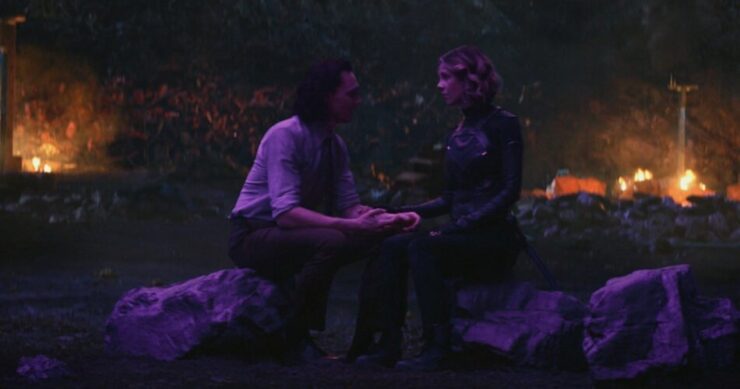 Some of us have been detecting major romantic vibes between the two Loki variants … which has been weird. We wondered if it was just our own mental doing — seeing a man and a woman drinking and discussing love could be explained simply as two equals having an intellectual debate. That’s what we were hoping for. And yet, in a strange turn of events, it looks like Marvel is really doing this. Sylvie and Loki are vibing.

What’s stranger: Loving a real-life alternative version of yourself or only being able to save yourself by doing so? The latter refers to the Nexus Events that the TVA hunt down and eliminate. On Lamentis-1, as the planet is about to crash into the moon, Loki and Sylvie look deep into each other’s eyes and hold hands. It’s what sets off the TVA as it creates a striking new branch on the timeline.

The idea that love can create an unrivaled Nexus Event makes sense. The series hasn’t been peppered but drenched in hints that point to this. Most of the action that took place in Episode 3 wasn’t really action but dialogue. And of all the things the variants could discuss, they choose to debate the definition of love? Is that the first thing you’d talk about with your alternate version? Then, in “The Nexus Event,” we get two more hints. In the time prison loop, Lady Sif tells Loki over and over that he is destined to be alone. In the first episode, it’s Mobius who tells Loki his only purpose is to fail and make others (like the Avengers) better.

What if Loki variants aren’t failures in that regard? What if they’re heroes? What if they do know love, and it’s this that doesn’t fit with the TVA’s strict Sacred Timeline, because it gives them a new glorious purpose?

The Introduction of Comic Loki Variants and Pruning Effects 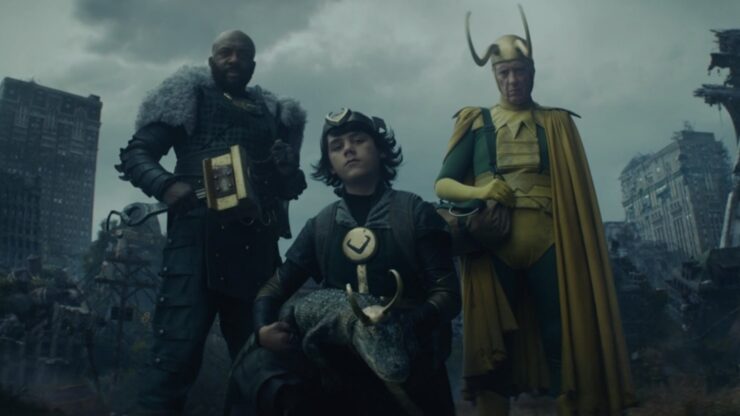 One of the most shocking and painful parts of “The Nexus Event” was watching Loki die again. Both he and Mobius meet the same pruning fate and until this point, the series led us to believe pruning meant death. Well, I hope you stuck around to the end of the credits because it was chock-full of surprises.

Let’s talk about the first surprise. Pruning doesn’t equal death. After getting pruned by Renslayer, Loki finds himself in a strange apocalyptic New York City (at least it appears to be). Until next week, we can only guess what time period he’s actually in, but it looks like our number one TVA agent is also in the same world as Loki and the Loki variants. The trailer of Episode 5 shows Mobius driving like his life depends on it and Loki running just as desperately. Perhaps we’ll finally get to see the two team up?

We’re thrilled Loki and Mobius survived, but let’s discuss one of the best end-credits scenes of any Marvel TV show. Kid Loki, Classic Loki, Alligator Loki, and Boastful Loki (a variant seemingly worthy of Thor’s hammer!) have made it into the MCU. They advise Loki to go with them unless he wants to end up dead. Just seeing them on the small screen is enough to render us speechless. It’s always the best seeing comic characters make it into MCU canon. But now we’re left with more questions than answers. How did they end up here? How have they survived this world’s apocalypse and without TVA detection?

What did you think about Episode 4 of Loki? Which moments were your favorite? Let Your Geek Sideshow and let us know your thoughts in the comments!