[SPOILER ALERT: The following contains spoilers for Episode 3 of Loki on Disney+]

Loki Episode 3 begins with Loki and Sylvie in the TVA, so close to coming face to face with the Time-Keepers. Then they’re not. Moments before Ravonna Renslayer and a couple of Minutemen capture the variants, Loki uses Sylvie’s stolen TemPad to escape. Unluckily for them, they’re transported to Lamentis-1, just hours before the moon colony’s apocalypse.

“Lamentis” is the shortest episode to date, and the variant duo spends most of it stuck together — they’re fighting each other and then they’re working together — with no progress at all made to escape the doomed fate of Lamentis-1. But that’s not to say there weren’t a few exciting, noteworthy moments for us to discuss.

Here are the biggest takeaways from Loki Episode 3 in order from least to most shocking revelations.

There Are Lots of TemPad Technical Difficulties 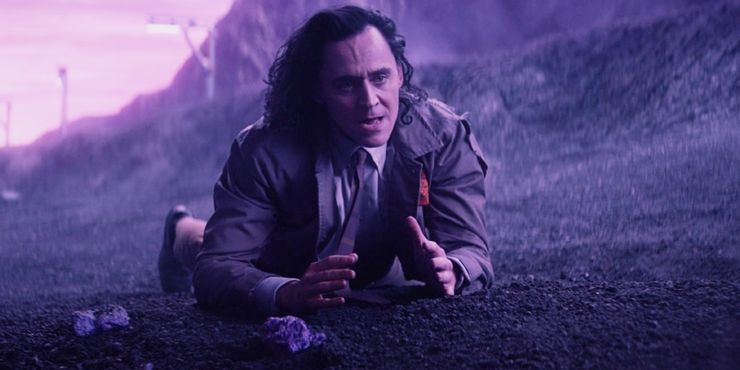 Now we know those cool TVA time teleportation gadgets are called TemPads. We also know how much Loki loves to fiddle with them. (Remember the excruciatingly annoying time loop he put Hunter B-15 through?)

So, it comes as no surprise to see the Prankster God steal Sylvie’s own stolen TemPad. At first, it seems like Loki’s quick thinking is for the best. Who knows? Renslayer and the Minutemen could have captured the variants a moment later. However, very quickly after their escape, the Loki variants realize the TemPad’s batteries are dead. They’ll have to find a major energy source to charge them.

In normal circumstances, a dead TemPad on screen is as useful as a dead phone, but Episode 3 revolves around finding a way to charge it and makes it vital to the storyline. Thus begins Loki and Sylvie’s plan to find an energy source large enough to power the time travel device. But things only go from bad to worse when Loki’s antics get him thrown out of a train which results in the total destruction of the TemPad.

“Lamentis” ends with the variants attempting to escape the moon colony’s impending apocalypse. After witnessing classist evacuation plans and then being ejected from the train, their options rapidly run out. They attempt to make their way onto an escape shuttle but this effort doesn’t pan out either. The episode concludes as Loki and Sylvie watch that same ark blow up right before their eyes.

Now what? Next week’s episode will be a fun one. Can’t wait to see what these two mischievous Lokis have up their sleeve.

Love Is Something Neither Variant Knows

Marvel isn’t known for romance. There are couples in the MCU, of course, but love has never been the focal point of its superhero films and series. So, it was especially jarring when Sylvie and Loki’s conversation in the train veered from verbal sparring to pondering the definition of love.

What is love? Sylvie guesses that love is hate, but Loki takes his time and eventually says, “Love is a dagger. It’s a weapon to be wielded far away or up close. You can see yourself in it. It’s beautiful, until it makes you bleed,” says Loki. “But ultimately, when you reach for it …” to which Sylvie responds, “It isn’t real.”

Neither variant has experienced love. Neither understands it. Sylvie explains that she has had a “long-distance relationship” during her time travels, and each Loki tells the other they’ve had relationships with both princesses and princes.

It’s canon now, folks. Loki is both genderfluid and bisexual. This was one of the biggest bombshells of the episode (although, it has been canon both in the comics and in the Norse mythology the character is based on). Director Kate Herron explained in a tweet, “From the moment I joined @LokiOfficial it was very important to me, and my goal, to acknowledge Loki was bisexual.” She continued, “It is a part of who he is and who I am too.”

Sylvie Has Had a Much Different Past than Loki

Speaking of bombshells, after last week’s Lady Loki reveal, we were hoping for more clarity on her identity. Many of us who believe (and maybe still do) that the TVA’s most-wanted variant is actually Enchantress, were waiting for confirmation in Episode 3. That didn’t happen.

Sylvie’s identity is still suspicious, but we did learn key things about her background: She was also adopted by Odin but unlike Loki, who spent most of his life in the dark about this, Sylvie knew she was adopted sooner than Loki did. Another difference in their upbringing is their mother, Frigga. Sylvie’s mother must have died much earlier than Loki’s because Sylvie says she hardly remembers her.

We can only wonder how much this changed her as a person — Frigga was a good influence on Loki. Without someone like that around, Sylvie could be a darker, more morally corrupt version of our Loki. We already see how Frigga’s absence impacted Sylvie’s magic (she doesn’t know it like Loki which explains why her powers are different). What else did it affect? 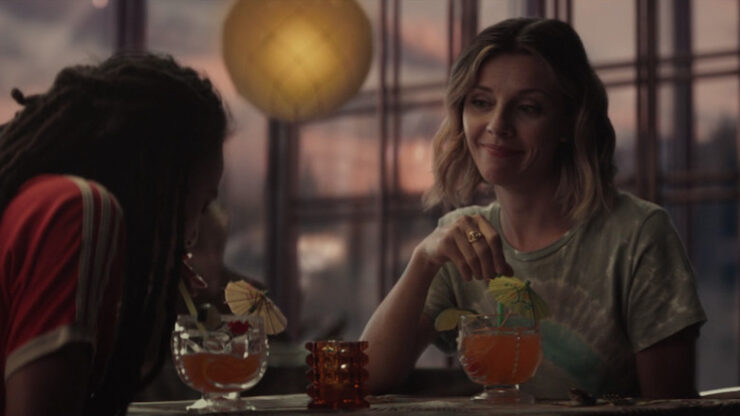 While we didn’t get clarity on Sylvie’s identity, we did get another major revelation: All TVA employees are variants. It’s no coincidence that Mobius has a fondness for the ’90s and Jet Skis. The Time-Keepers did not create their workers. That was a lie. These workers simply have had their minds wiped clean.

We see the previous life of Hunter C-20 at the start of the episode. She and Sylvie share margaritas at a bar. It’s a memory from her non-TVA life, one that Sylvie uses to manipulate to reveal the location of the Time-Keepers.

With this bombshell, we can see why Hunter C-20 was so rattled in Episode 2, muttering “It’s real. It’s real,” repeatedly then almost begging to go home. It isn’t the TVA she wants to return to but her old life before she was deemed a time variant who needed her memories suppressed.

It’s a huge revelation. The first proof that the Time-Keepers are not what we expect. What else are they lying about?

What did you think about Episode 3 of Loki? Which revelation was the biggest? Let Your Geek Sideshow and let us know your thoughts in the comments!