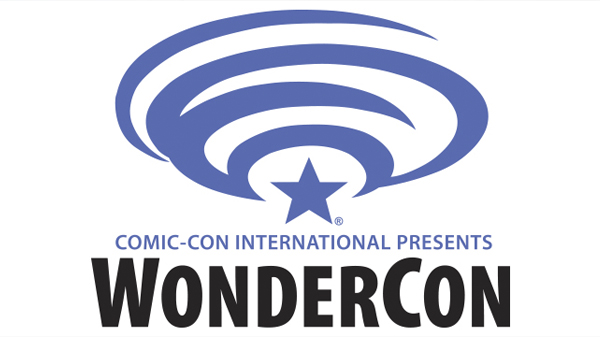 Wondercon 2017 returned to the beloved Anaheim Convention Center after a brief change of scenery the previous year, bringing with it all of the crowds, comics, and costumes that make this convention an exciting gauntlet of geeky goodies every year.  This year’s show was especially exciting for fans of comic book movies and television with announcements, premieres, and panels to keep your viewing calendar full for a little while. Rounded out with beautiful weather and an impressive slate of visiting creative talent, Wondercon offered something for every fan to totally geek out over! 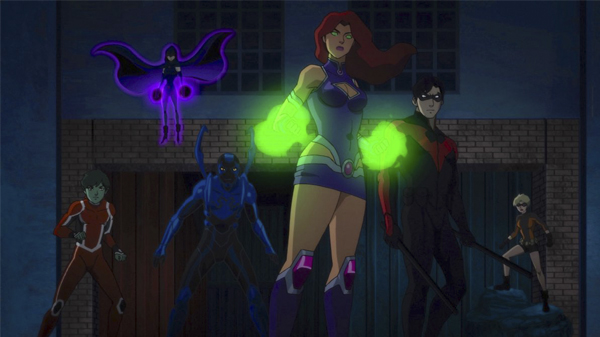 As one part of the Warner Brothers lineup for the weekend, the Wondercon Arena hosted the premiere screening of the upcoming direct-to-video animated film Teen Titans: The Judas Contract on the Friday night of the show. Based on the same comics story from Marv Wolfman and George Perez, The Judas Contract follows the Teen Titans as they add a new member to the team, a girl named Terra who can manipulate the ground and other earth materials. Terra has an ulterior motive, and her loyalties are revealed as the Titans work to defeat the mercenary Deathstroke.

The panel featured many of the voice actors, including Sean Maher (Nightwing), Kari Wahlgren (Starfire), and Brandon Soo Hoo (Beast Boy).  Others involved in the production of DC animated films also joined the voice cast for a discussion about the Teen Titans team dynamics, how they approached the characters and story, and then a question and answer session with fans from the audience.

For fans that missed the live panel and premiere, Teen Titans: The Judas Contract was re-screened on the final night of the convention so that another audience could see the film before its home release. 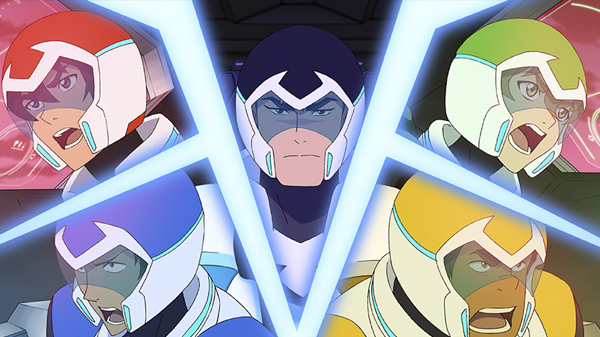 Fans of Voltron Legendary Defender were treated to a panel on the Saturday of Wondercon which featured the voice talents of Jeremy Shada (Lance), Bex Taylor-Klaus (Pidge), Josh Keaton (Shiro), Tyler Labine (Hunk), and Kimberly Brooks (Allura), as well as the executive producer talking about the second season of the show and what will follow.  Voltron was confirmed for a third season coming later in the year and the cast talked about bringing their characters to life while surprises like Prince Lotor’s voice were also revealed.

During the Q&A session, a real “Hunk” came to the microphone and offered Tyler Labine, Hunk’s voice actor, a cinnamon roll.  The cosplayer explained that he, like the character, was an engineering major who had minored in culinary arts, and the crowd went wild. Fans who asked questions were given original story cards, and all attendees were given a cool lithograph featuring Keith clutching his blade. 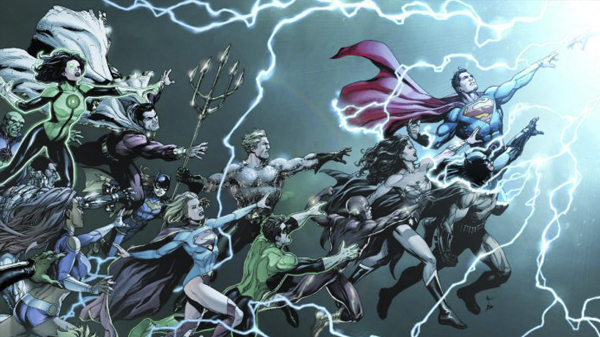 One year after the major announcement at Wondercon 2016 that DC was launching its new “Rebirth” initiative, DC All Access host Jason Inman was joined by a panel of comic writers and artists who have all been bringing Rebirth to life since last summer. At this event on the Saturday of Wondercon, the comic creators came together to talk challenges and successes of this exciting event that helped reshape DC for both new and old readers alike.

Geoff Johns was the surprise guest of the afternoon, and all the writers and artists teased upcoming adventures for Batman, the Green Lanterns, Batgirl, and Harley Quinn, among others. Looking back on the past year, Sam Humphries, the writer of Green Lanterns, talked cliffhangers and how he has been handling the adventures of Earth’s newest defenders Simon Baz and Jessica Cruz. The Benson sisters discussed Batgirl and the Birds of Prey, while James Tynion hinted at how he is bringing Cassandra Cain into the next arc.

While the DC Rebirth panel did not include any major announcements- considering how expansive the announcements were at last year’s event- it did celebrate the achievements of DC’s creators and heroes while also looking ahead to more fun from fan favorites like the Batfamily and the Justice League. 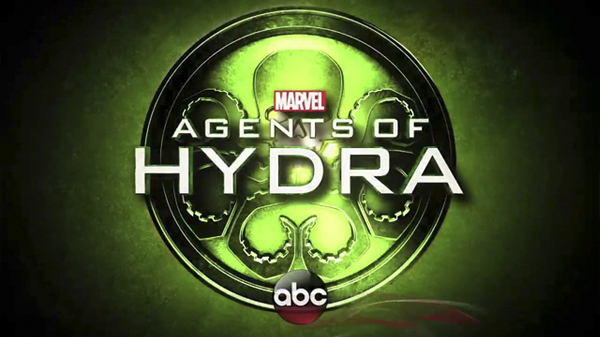 Head of Marvel Television Jeph Loeb led Saturday’s Agents of SHIELD panel, joined by cast members like Clark Gregg, Ming-Na Wen, Chloe Bennet, and more. The show, currently in its fourth season, is currently nearing the climax of a plot taking place in “The Framework”, a simulation world that has been introducing some alternate paths for the characters as HYDRA has completely replaced SHIELD.

The panel began immediately with a fan Q&A, but quickly transitioned into a surprise early screening of the next episode for the audience, which would air the following Tuesday for regular television viewers. The ending of the episode also included a tribute to the late Bill Paxton, who appeared in the show’s first season.

After the screening, the panel returned to questions from the audience, who certainly wanted to know more about the implications of the newest episode. The actors discussed character development in this latest season, and Loeb said that he hopes there’s a season five in the future, making it clear that the decision to renew is ABC’s choice. 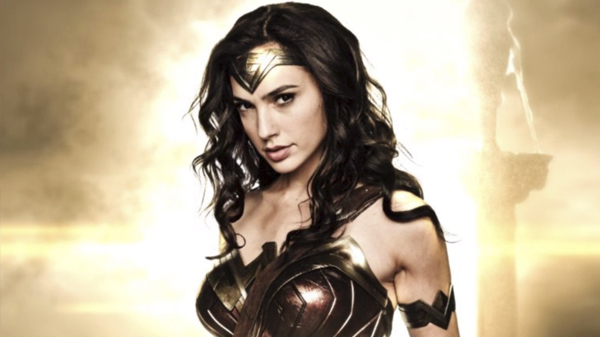 Perhaps one of the biggest stars of Wondercon this year was Wonder Woman herself. The DC company booth had one of her film costumes complete with shield on full display, and comic fans of all ages donned their tiaras and wrist bracers to cosplay as the Amazonian hero herself in what was one of the most common costumes of the weekend.

On Saturday evening in the Arena, Warner Brothers pictures previewed some of their upcoming films, with Wonder Woman being the crowning jewel of the evening. Director Patty Jenkins and executive producer Geoff Johns showed up to the event to talk about the upcoming Wonder Woman film and answer a few audience questions.

The Arena was packed with comic book fans eager to see footage, and the panel did not disappoint.  Three new clips were shown from the film, including a sequence in homage to the classic Superman movie (1978), featuring Diana saving Steve Trevor rather than Clark saving Lois Lane.  Jenkins and Johns talked about the core of Diana Prince’s character, and how the film would truly follow her growth as a champion.  One of the film clips revealed the beloved Lasso of Truth getting some action in a fight sequence, and overall the event showcased the strength of Wonder Woman’s canon and excited the audience for the upcoming full film. 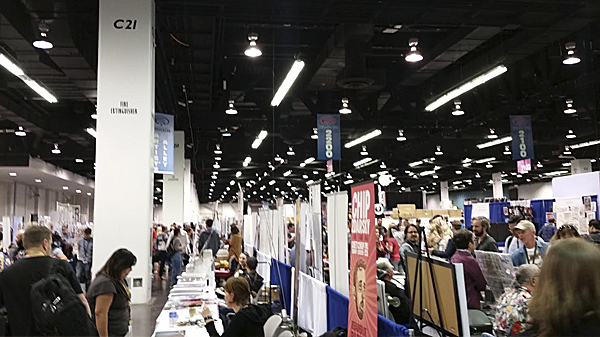 Aside from these big announcements, Wondercon 2017 celebrated plenty of other nerdy loves through cosplay, art, and other gatherings of passionate geeks. Television show fandoms like Stranger Things and The Walking Dead dominated the costume scene, while Marvel, DC, and Star Wars were all represented consistently as with most any comic book convention. The artist alley hosted dozens upon dozens of well-known comic creators and even more small press writers and artists who found new fans among the thousands of attendees who entered the Anaheim Convention Center over the weekend.

While Wondercon doesn’t quite reach the same size and scale as San Diego Comic Con, it still manages to pack in just as much fun events and awesome news as the summer show. Plenty of film and television updates from this year’s convention should keep pop culture junkies glued to their screens at least until Hall H opens up for more exciting announcements at SDCC. After this weekend, all I can say is it’s sure good to be a nerd right now. Here Are Some of Spider-Man’s Many New Suit Abilities