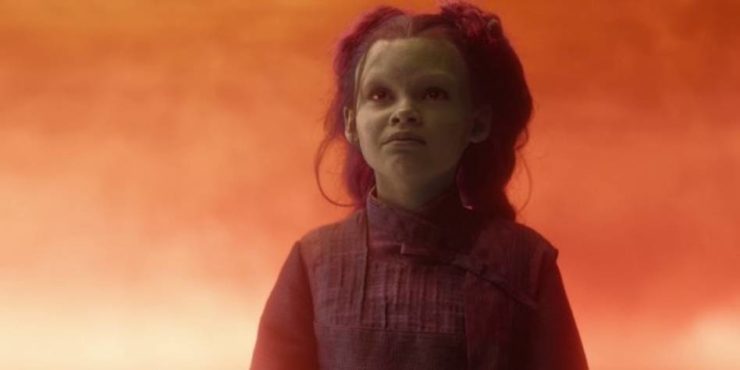 In a recent visit to Sideshow HQ, actress Ariana Greenblatt came face to face with the Mad Titan and even held the power of the Infinity Gauntlet in her hand. 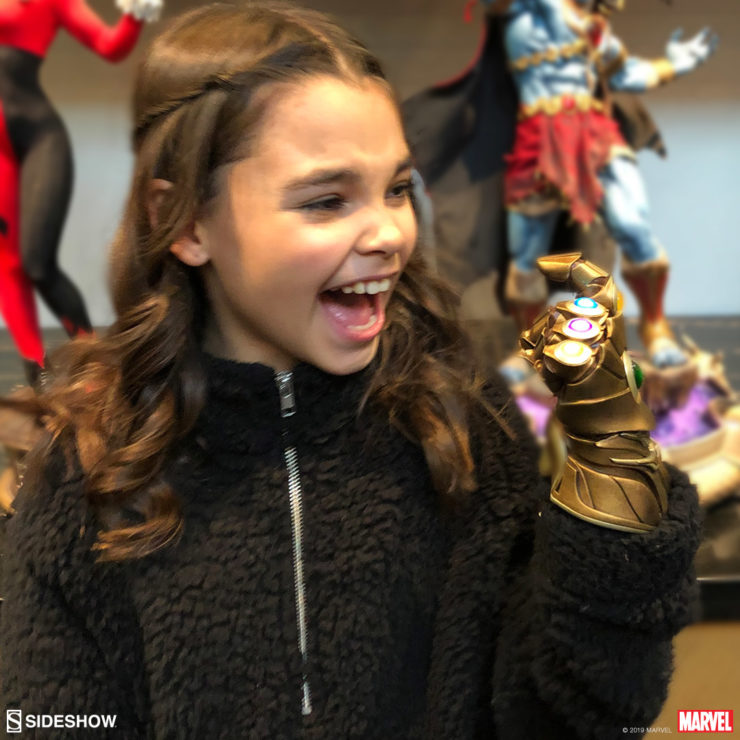 Best known for her role as Young Gamora in Marvel’s groundbreaking Avengers: Infinity War film, Ariana had a great time exploring the studios and checking out sculpted versions of some of her co-stars, including the Hot Toys Life-Size Groot Figure, the Infinity Gauntlet Quarter Scale Figure, and of course, the Thanos on Throne Maquette. Check out pictures from her visit below! 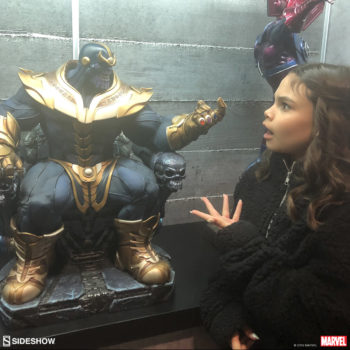 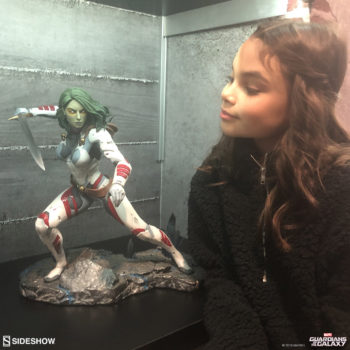 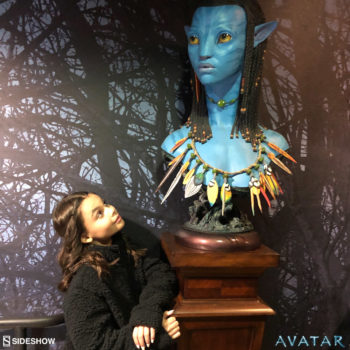 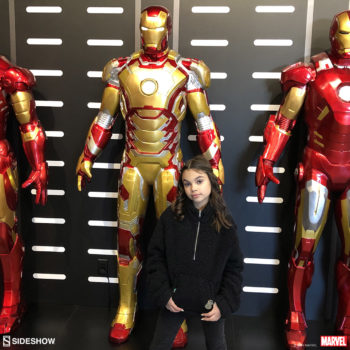 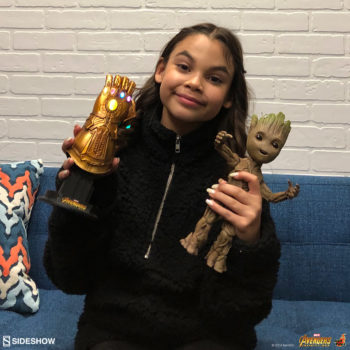 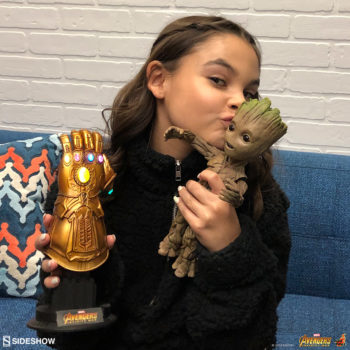 Big thanks to Ariana Greenblatt for coming in to the studios and letting her Geek Sideshow with us!

Fans can see Ariana Greenblatt onscreen again in two new upcoming film projects: First, she will be playing Minnow in “Monster Problems” from Paramount Pictures, starring alongside Michael Rooker, Dylan O’Brien, and more when the film opens in 2020.  Next, she will feature as Julia in the upcoming Disney Studios film “The One and Only Ivan” alongside Angelina Jolie, Danny DeVito, Bryan Cranston, and more. Based on the acclaimed novel of the same name, the film will open in the summer of 2020.

Looking to assemble your own incredible collection of Avengers: Endgame figures? Be sure to check out all of the Marvel collectibles Sideshow has to offer, including all your favorite Avengers and X-Men heroes, and an army of Thanos figures.