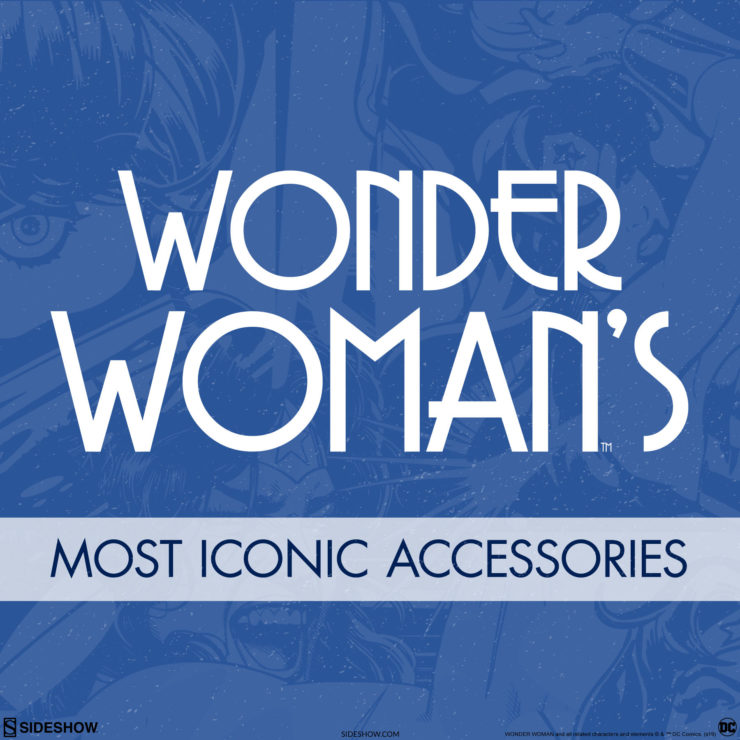 She was sculpted out of clay and brought to life by the Gods of Olympus, and left her home to fight for the world of men, despite all its flaws. She is indomitable. She is kind. She is Wonder Woman.

Wonder Woman has always been one of the strongest heroes of Earth, able to rival even the likes of Superman. So what iconic weapons and accessories help her keep her fighting edge? 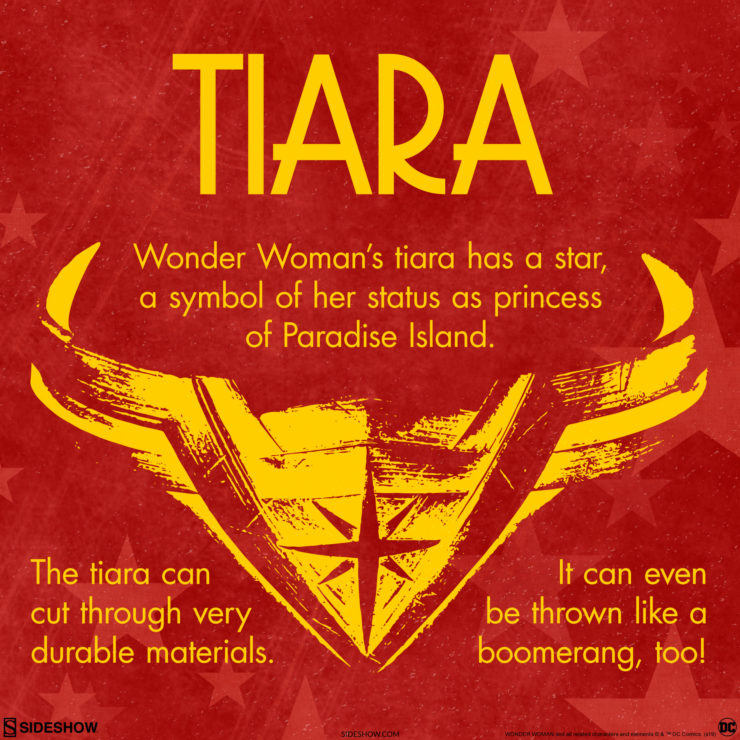 In the film adaptation, Wonder Woman‘s tiara once belonged to General Antiope, Diana’s aunt.  It is emblazoned with a red star, showing her status as princess of Paradise Island, and more than just a golden fashion accessory, the headpiece can be thrown like a boomerang!

While the weapon is incredible enough on its own, it is often said that the one who wears the tiara is Paradise Island’s greatest warrior. Diana constantly fights to be worthy of the title, and she most certainly is. 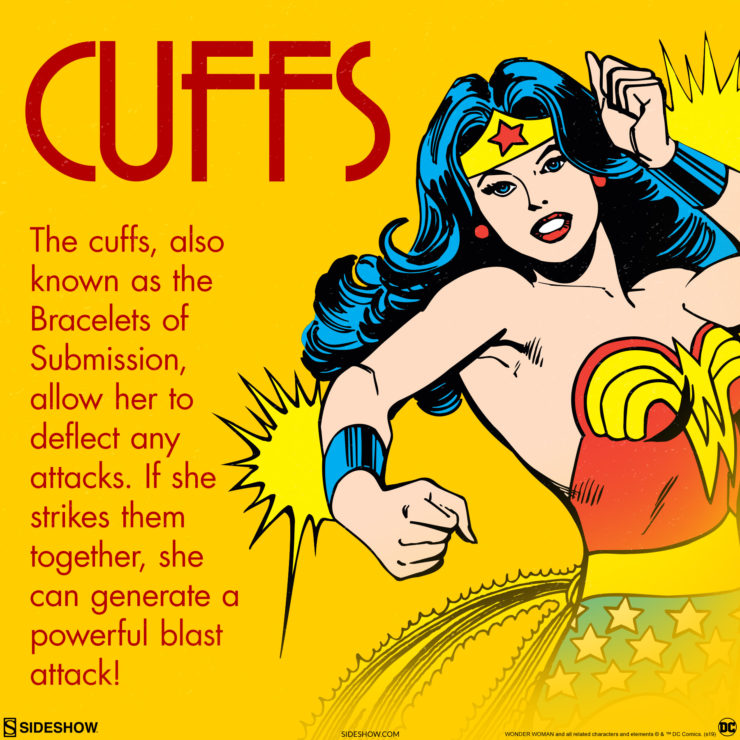 The Bracelets of Submission are no regular bracelets. They are made of such a durable material that they could even reflect energy blasts from Doomsday.

Only someone as strong as Wonder Woman can produce the hidden power of Zeus’ lightning, creating the powerful blast attacks when she strikes the cuffs together! 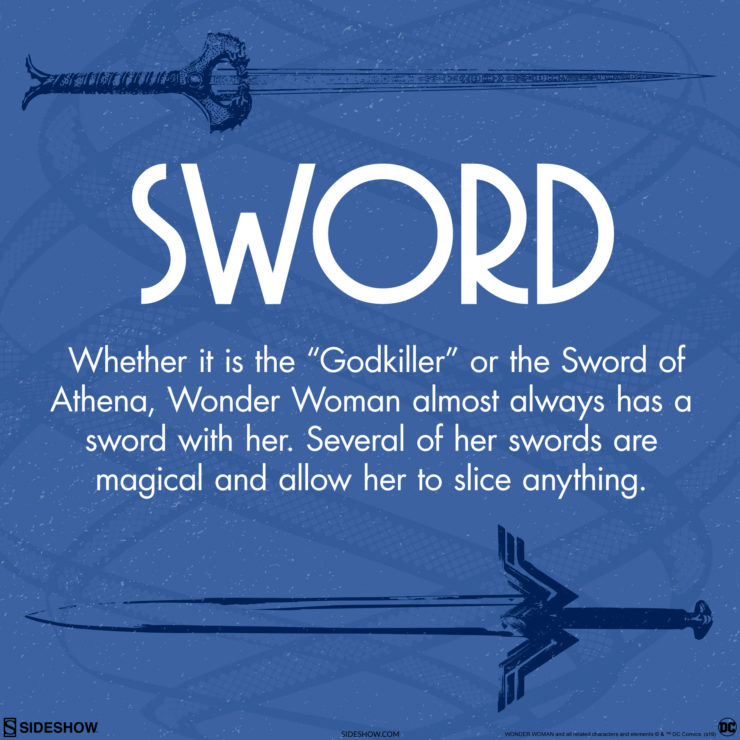 Wonder Woman’s sword- whether known as the “Godkiller” or the Sword of Athena- is sharper than any sword you’ve ever heard of. Forged by the Greek God Hephaestus, the “Godkiller” is sharp enough to cut the electrons off of an atom.

If anyone can be trusted to hold such a dangerous weapon, it the compassionate and intelligent Wonder Woman. 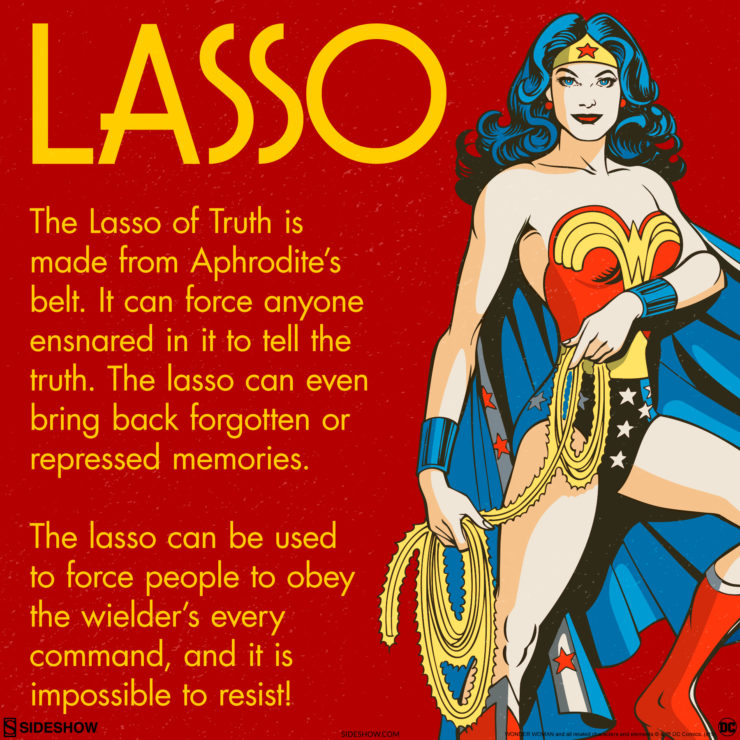 The Lasso of Truth, Wonder Woman‘s signature weapon, has gone by many names. Most recently, it’s been referred to as The Golden Perfect, made from Aphrodite’s belt. It searches your soul for the truths that you might not even know about yourself, and can force you to speak those truths.

The Lasso of Truth can also create telepathic links and teach Wonder Woman the language of those she ensnares. It can even cleanse a person, curing them of poison or mind control and awaken repressed memories. This weapon can both restrain and protect those that are encircled in its shining cord. 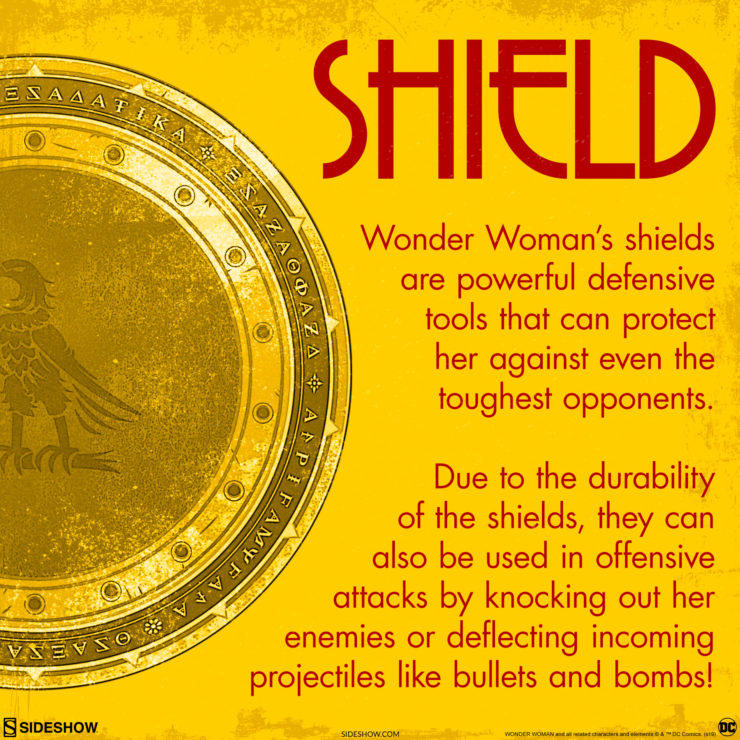 Just like her cuffs, Wonder Woman’s shield is practically indestructible. That means it can even deflect something as destructive as Darkseid‘s Omega Beams, and protect her from any number of fierce attacks.

When you’re as strong and creative as Wonder Woman, you can even use the defensive shield offensively (which Wonder Woman most certainly has) to gain the upper hand in battle.

Through everything, Wonder Woman’s true strength is her compassion. She has always been a loyal friend and compassionate team member, fighting for those she loves. Without her, the DC Trinity would have never come together, and the Justice League would never have formed. Lasso our Wonder Woman collectibles into your DC Comics collection today!

What’s your favorite Wonder Woman weapon or accessory? Let us know in the comments, and don’t forget to Let your Geek Sideshow! 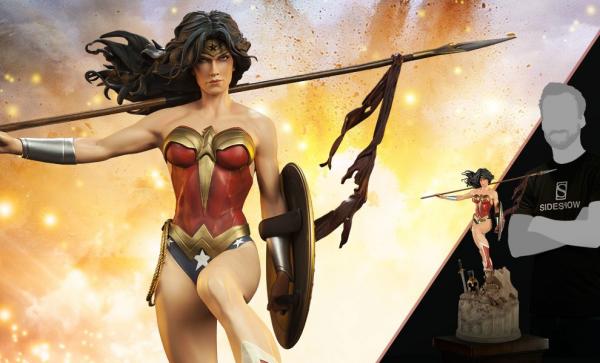 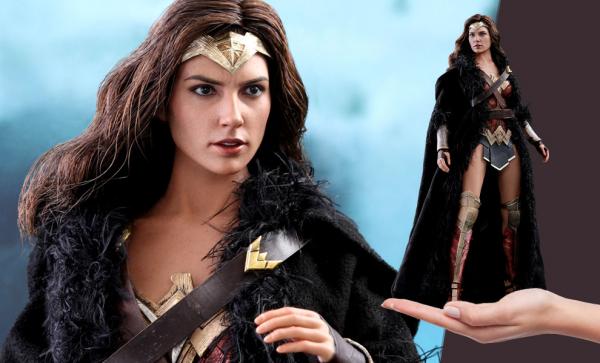