Planet Hulk: How Marvel’s Gladiator Hulk Came To Be

Hulk is dangerous. Perhaps one of the most dangerous beings in all of the Marvel Universe. Why? Because the angrier he gets, the more powerful he becomes. And while many imagine him as the brutish unintelligent counterpart to Bruce Banner, there’s much more to his character. 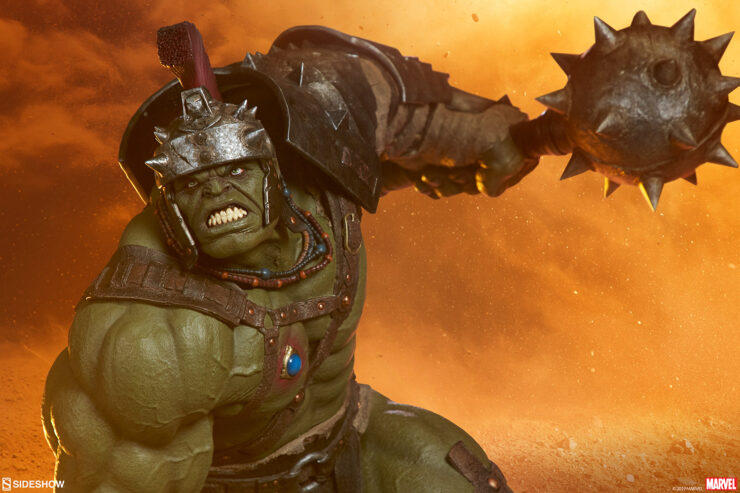 IN THE COMICS, Hulk lost control. A Gamma bomb went off and he devastated Las Vegas. Suddenly, all the smartest minds on Earth realized that there was really truly nothing that they could do to control the Hulk. They had no way to reason with him, to stop his sheer power, or save their planet. A council called the Illuminati, made up of Professor X, Tony Stark, Reed Richards, Black Panther, Doctor Strange, Black Bolt, and Namor, all agreed that the only way to keep Earth safe from Hulk was to remove him from Earth.

They captured him in a jet that was meant to send him to a peaceful planet. But there’s no accounting for all the cosmic events and oddities, even from the smartest minds in the world. So there’s no way they could have known that a wormhole would open up and leave the Hulk stranded on the dangerous planet of Sakaar.

IN THE MOVIES, Hulk feels hated by all of humanity. In Avengers: Age of Ultron, Black Widow learned to calm down the Hulk to force him to turn back into Bruce Banner. However, he realized that the Avengers never wanted the Hulk for anything more than violence, and they only really liked Bruce Banner. The Earth was afraid of the Hulk, and he was tired of being hated. So he made a choice to leave.

It’s not exactly clear how he arrives on Sakaar, but once he does, it’s not because he was banished. While the circumstances of his trajectory are unknown, it’s clear he quickly finds his place on this battle-arena planet. IN THE COMICS, Hulk’s jet crash lands on the planet of Sakaar. That leaves him weak and unable to fight back to his full potential, which makes him vulnerable enough to have an obedience disk implanted in his skin. He is quickly made to be a servant to the Red King.

The Red King wants his gladiators to fight, and Gladiator Hulk outperforms them all. He is the Champion of Sakaar. Still, he becomes friends with the other gladiators, Miek, Korg, and more. He becomes extremely popular and gets a large following of fans. The fans are loyal to him and believe in his strength. And when the others see his strength, they want to recruit him to their cause: A revolution.

IN THE MOVIES, Thor is the one who finds himself unexpectedly on Sakaar after being thrown from the Bifrost by his sister Hela. It is there that we meet Gladiator Hulk. He is the Champion of Sakaar, beloved by all, including the Grandmaster, who orchestrates the gladiator battles.

Thor is the only one powerful enough to truly challenge Hulk, even without his hammer. But Gladiator Hulk wouldn’t give up on a fight that easy, and he does everything he can to defend his title. IN THE COMICS, there is a revolution behind the scenes. The Red King has taken advantage of Sakaar and its people for far too long. There’s been no hope of escape or freedom from some time, but when the Silver Surfer is captured and forced to fight, Hulk is able to break his obedience disk. And when Silver Surfer is freed, he uses his cosmic powers to destroy all the other obedience disks around him.

After being sent to another planet for being too aggressive, and being forced to fight battles he didn’t want to, and being treated as a monster for far too long, the Hulk finds a rage within him he never knew existed. Amplified by the radiation of Sakaar, Gladiator Hulk reaches new heights of power. He destroys legions of aliens between him and the Red King. He rebels. He revolts. He frees the planet, then leads its fearlessly.

IN THE MOVIES, Korg is the one planning a revolution! The Grandmaster is holding all of the gladiators in an infinite chamber that doesn’t seem to work the way that regular corridors do. Well – everyone except Gladiator Hulk. He’s on top of the world in his own luxury suite.

But when Thor convinces Gladiator Hulk to escape, and Bruce Banner takes over again, the Grandmaster loses his greatest champion. He can’t rely on the fear of strength any longer, and Korg’s able to free the other fighters.

Which Marvel Comics character would you want to see fight against Gladiator Hulk? Let us know in the comments, and don’t forget to Let Your Geek Sideshow! 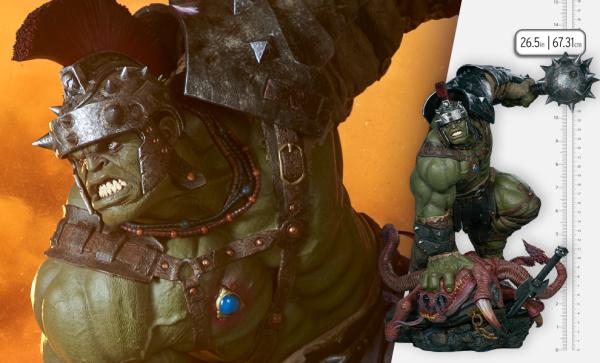