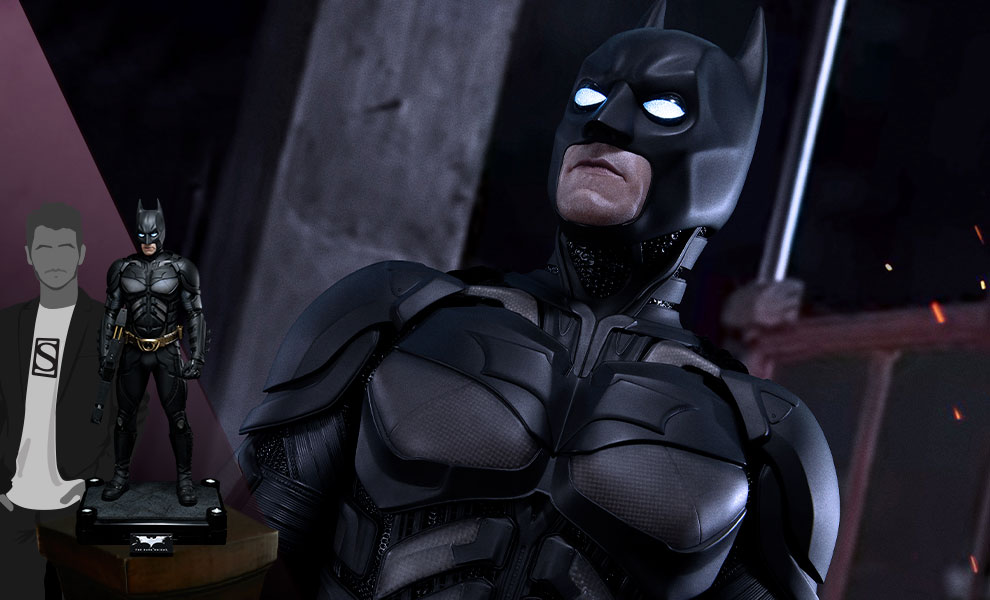 Sideshow and Prime 1 Studio are proud to present the highly anticipated, latest addition to the High-Definition Museum Masterline Series. The Dark Knight: Batman from the revolutionary 2008 blockbuster: The Dark Knight.

More than just a story of good vs. evil; The Dark Knight was a film that shattered the box office in 2008, telling the gripping tale of the struggle between Batman, and best supporting actor Heath Ledger as the Joker. The Dark Knight is regarded as one of the most iconic films of the decade and is often called the best Batman movie of all time.

Prime 1 Studio has taken the utmost joy in bringing you this 1:2 scale Christian Bale Batman masterpiece! Standing at about 41 inches tall, showing The Dark Knight in a powerful, balanced pose to perfectly display the amazing features and aesthetics of the statue. Every characteristic of The Dark Knight plated Batsuit has been incorporated from the overall sleek design to the careful placement of the gauntlets, Prime 1 Studio has crafted this piece with meticulous attention to detail to bring you the most film-accurate Dark Knight on the market.

This Deluxe Version features LED illuminated Bat-Sonar Lenses, the very cool Sticky Bomb Gun as a switch-out, and the stylish backpack from the film. All items screen accurate to recreate the most memorable scenes from the movie.

Your next breathtaking centerpiece, or pair this with The Joker to create the ultimate The Dark Knight display!