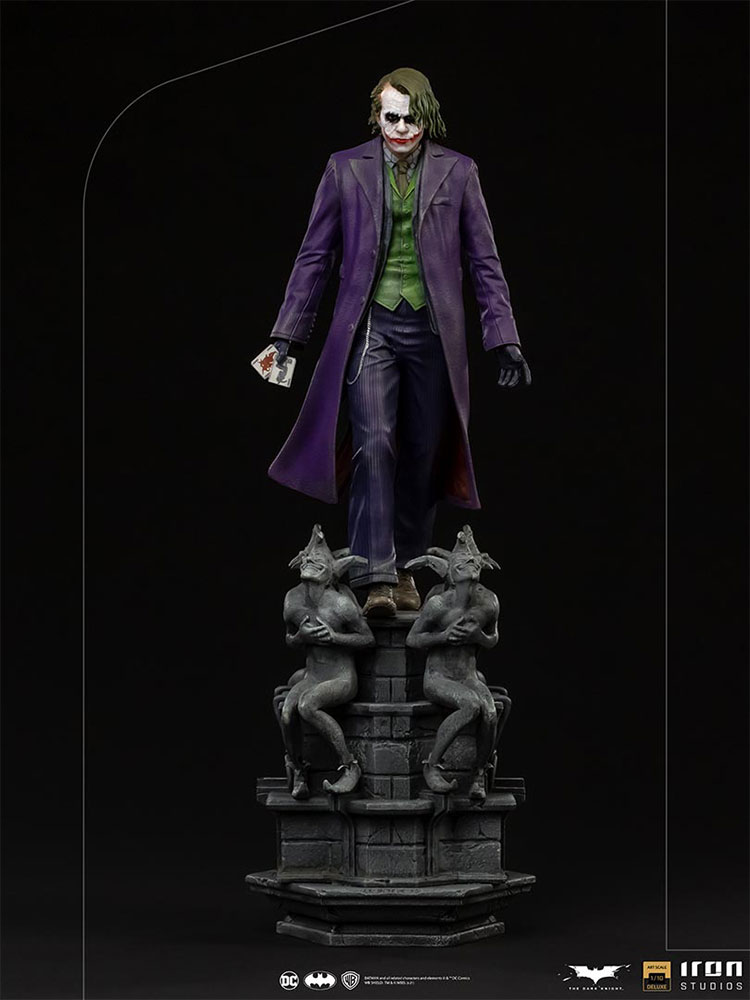 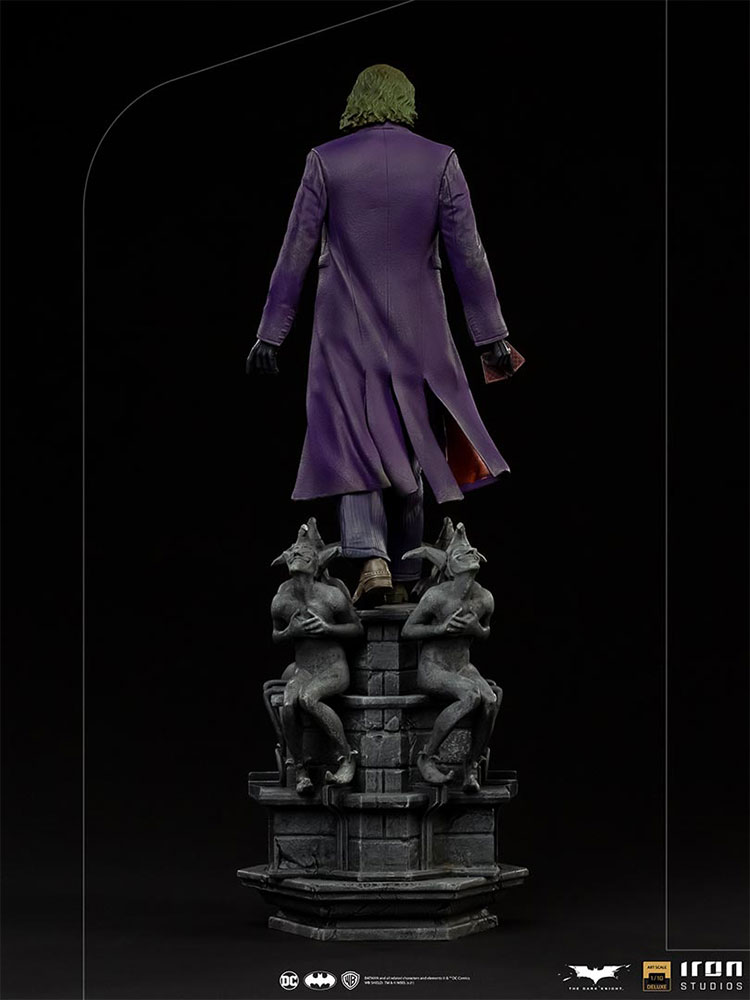 Sideshow and Iron Studios present the latest from the Art Scale 1:10 line - The Joker Deluxe Statue! Based on the likeness of Heath Ledger as The Joker, this polystone statue is hand-painted and limited edition.

On top of a concrete totem pole, decorated with sculptures of medieval buffoons around him, which are symbols of the playing card that inspired his name, Gotham's most fearsome villain poses on that base wearing his formal purple outfit and bringing in one of his hands his presentation card in the form of playing cards that say his name. Iron Studios proudly brings one of its most requested figures by fans and collectors of the chaotic villainous clown, "The Joker Statue - The Dark Knight - Art Scale 1:10 - Iron Studios", in one of its most striking and emblematic representations.

The figure is added to the Batman The Dark Knight line by Iron Studios, derived from the film directed by Christopher Nolan, which brings Batman Deluxe 1:10 to pair with this Joker, as well as the versions of the hero and his archenemy presented in the Mini Co line.

The Joker was created by Bill Finger, Bob Kane and Jerry Robinson inspired by actor Conrad Veidt in the 1928 film "The Man Who Laughs" and a playing card. Psychotic and always smiling, he made his debut in Batman # 1 in 1940. His origins as well as his real name are a mystery. In the film, he is the mastermind of a series of crimes that terrorizes the city of Gotham, with one goal: to plunge the metropolis into anarchy. He was masterfully played by the late actor Heath Ledger, a role that earned him an Academy Award for Best Supporting Actor. With great attention to detail and a lot of resemblance to the actor, it is an indispensable piece for fans.

DC Comics fans, don't miss your chance to add this Joker collectible to your DC collection! 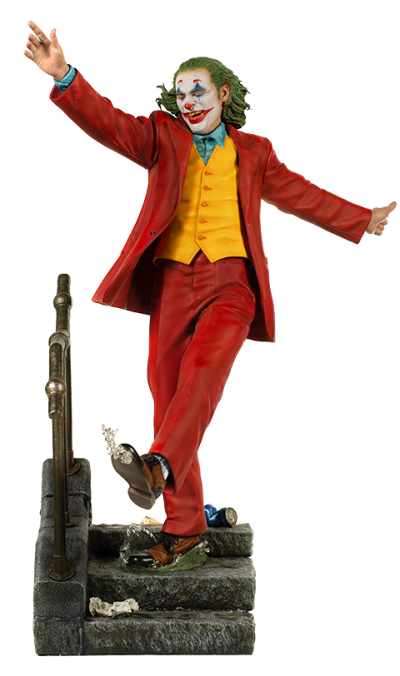 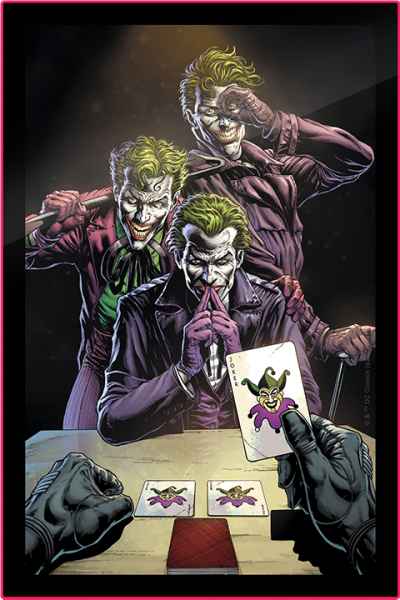 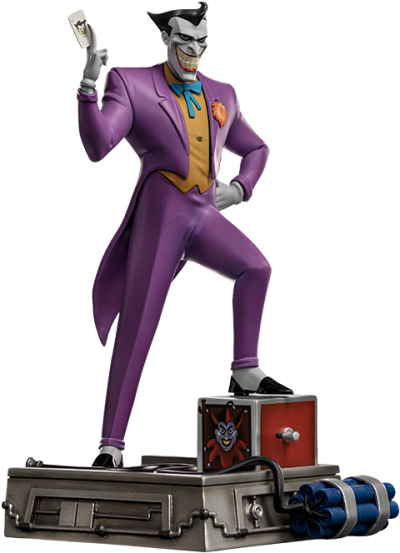 This is a great statue of the late and great Heath Ledger's Joker! This statue captures the clown prince of crime on a kind of pedastal homage to him. Beautifully detailed and looks great next to companion pieces. 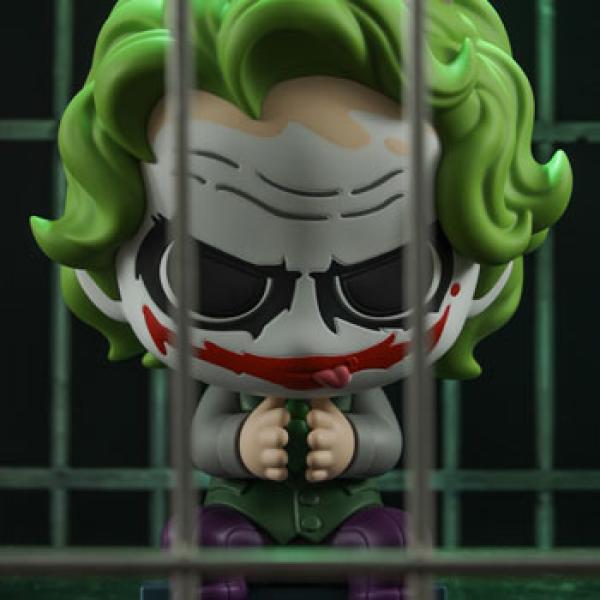 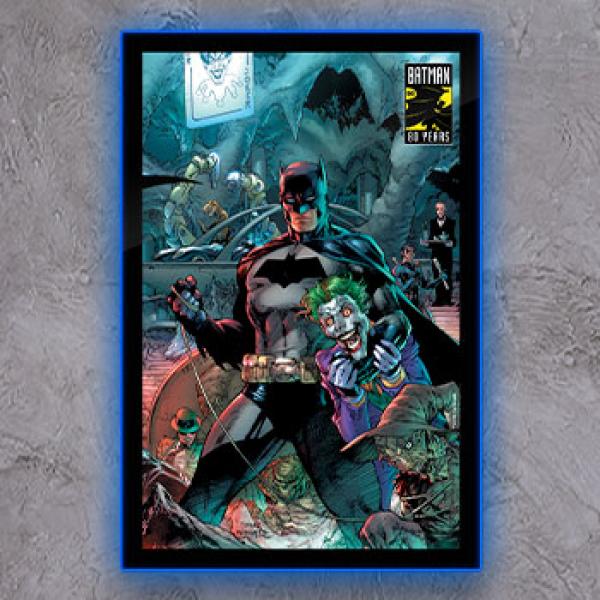 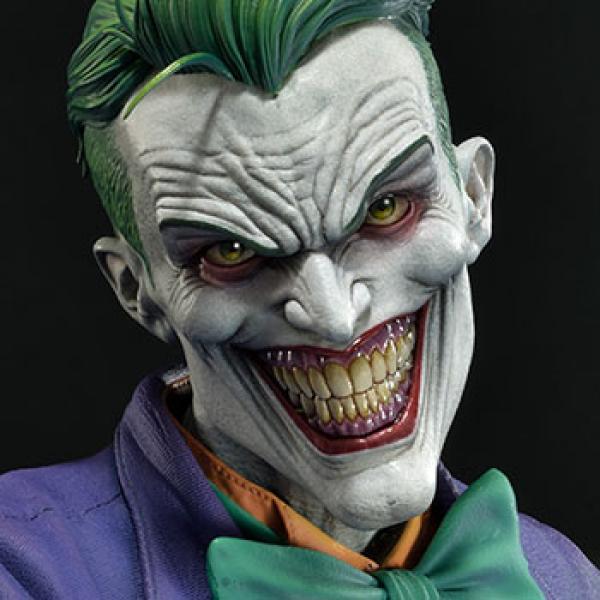 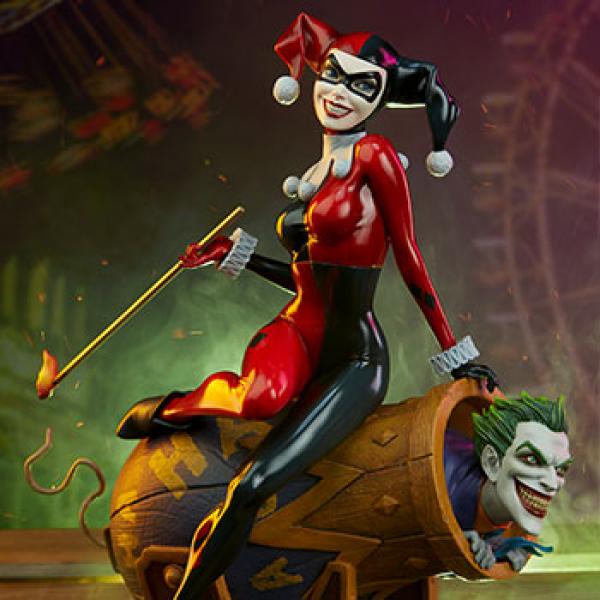 Harley Quinn and The Joker
Diorama
$535