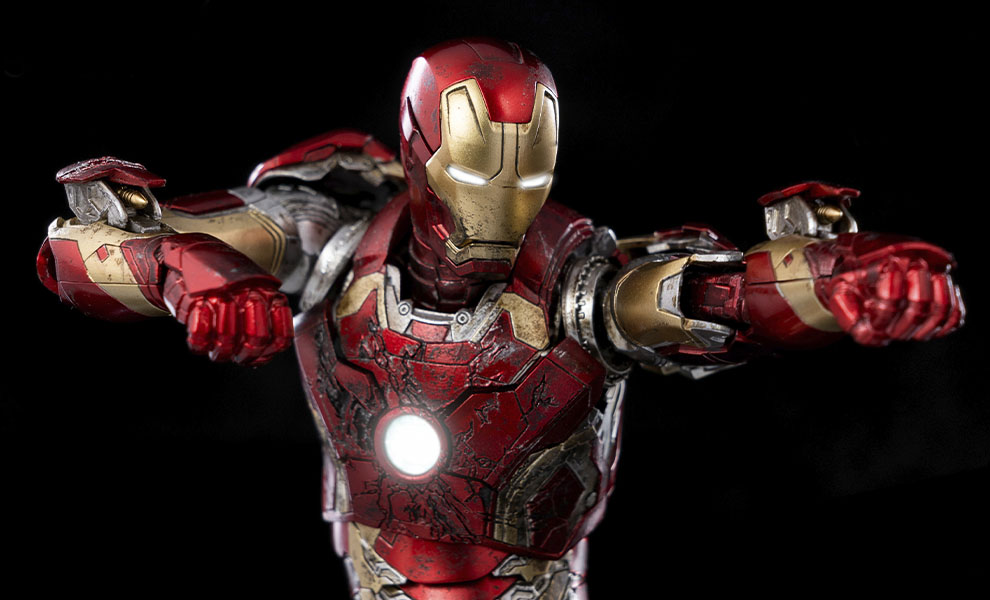 Sideshow, Threezero, and Marvel Studios are pleased to announce DLX Iron Man Mark 43 (Battle Damage) as the next figure in the DLX collectibles series based on Marvel Studios’ The Infinity Saga. The DLX Iron Man Mark 43 suit has been revised with carefully-crafted battle-damaged details that enhance the lifelike appearance of the figure. This fully-articulated collectible figure stands at 6.9” (~17.5cm) tall and is constructed of Threezero’s renown DLX die-cast system with over 48 points of articulation.

With Threezero’s specialized engineering, DLX Iron Man Mark 43 (Battle Damage) can achieve a higher poseable function than its contemporaries, and easily recreate the character’s signature landing pose without any difficulty. It has also adopted threezero’s detailed and weathered paint application, strongly capturing the spirit of DLX.

Like the standard release, DLX Iron Man Mark 43 (Battle Damage) has detachable forearms and torso so that it may fit inside the Mark 44 “Hulkbuster” armor. Attachable arm rockets can be fixed onto both forearms, and two lighting functions are located on the figure; one in the chest and one in the eyes. The two air flaps on the back can be flipped open and close.

Add to your Marvel Collection today!