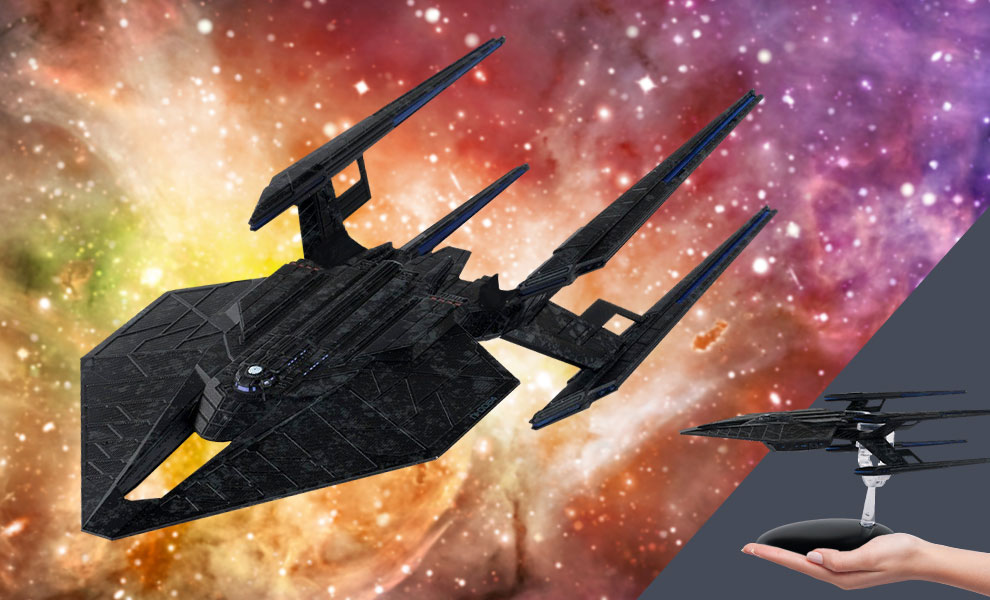 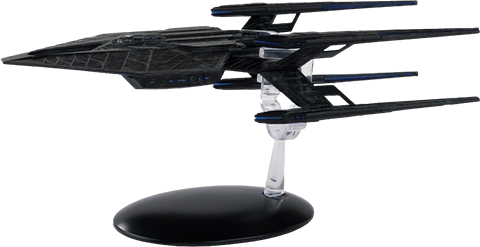 This fantastic Star Trek die-cast collectible model of the Section 31 Nimrod-Class starship model recreates the starship as seen in the second season of Star Trek: Discovery. It was designed in black and blue colors to reflect the mysterious nature of Section 31 with four long nacelles.

Section 31 operated a fleet of vessels that were equipped with stealth technology. Introducing to the Star Trek Discovery Official Starship Collection the largest of these - the Section 31 Nimrod-Class starship!

Section 31 Nimrod-Class Starship was a warp-capable ship that carried hundreds of small drones that could be remotely controlled. During normal operations, the drones were docked to the framework of the primary hull. When they were launched, this framework became an open lattice with the drones swarming around their target independently. In 2257 several Nimrod-class starships were part of the fleet that the AI Control used in a battle with the U.S.S. Discovery, U.S.S. Enterprise and the combines Klingon and Kelpian forces.

Section 31 Nimrod-Class starship comes with a 16-page full-color magazine. The magazine includes a profile of the starship, original production art, and details of its design evolution.