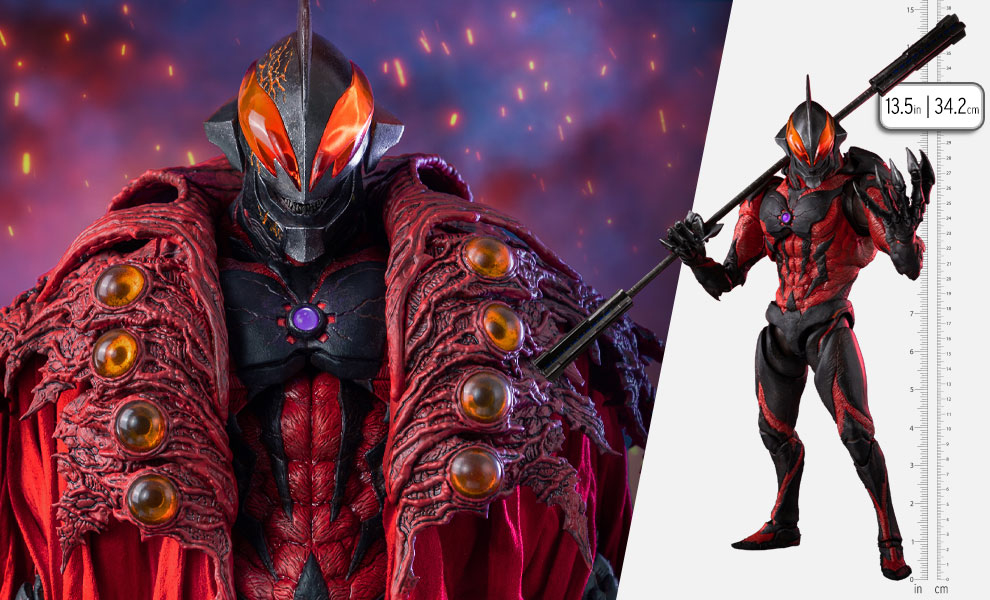 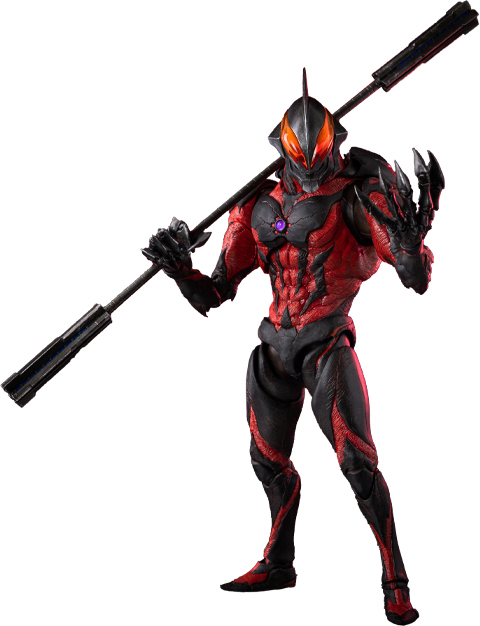 threezeroX is the high-end line from Threezero which invites different renowned artists from around the world to redesign action figures according to their own unique styles. Japanese sculptor Ryu Oyama joins us again in this threezeroX line, this time to present the threezeroX Ryu Oyama Ultraman Belial!

For this project, Ryu Oyama has redesigned and made the original sculpt for the figure of "Ultraman Belial" who is the arch-enemy of Ultraman Zero, the son of Ultraseven. Belial was once an Ultra Warrior of the Land of Light but has fallen to evil due to his desire for more power.

The concept of Oyama's redesigned Belial for this project is that "it is evil, but still an Ultraman." Thus, Oyama has intentionally avoided making the details of the design overly creature-like in order to keep the aspect of Ultra Warriors being "a god-like entity which is beyond human understanding."

The threezeroX Ryu Oyama Ultraman Belial collectible figure stands approximately 13.5" tall and is fully articulated with over 87 points of articulation including the finger joints of the Kaiser Belial hands. The head and hands are interchangeable between 2 alternative designs - one based on Belial as its first appearance in the movie Mega Monster Battle Ultra Galaxy: The Movie (2009), and the second, based on Kaiser Belial from the movie Ultraman Zero: The Revenge of Belial (2010).

There are 2 pairs of fixed-pose hands for standard Belial, 1 pair of opened hands, and 1 pair of hands for holding its weapon. The hands for Kaiser Belial feature enlarged claws with fully articulated finger joints. The "Giga Battlenizer" weapon is included for standard Belial, and a cape made partly of fabric is included for Kaiser Belial. LED light-up features are installed in the eyes for both of the heads, and also at the Color Timer on the figure's chest. Detailed paint treatments have been applied to highlight all the artistic details of Oyama's sculpted work.

Don't miss your chance to add this unique collectible to your collection today! 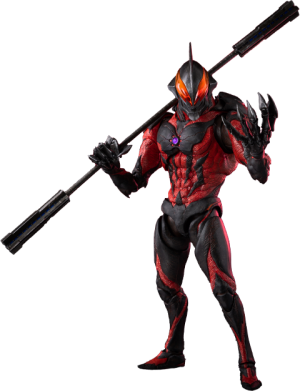