Best friends make the world go round! Who doesn’t love watching a multifaceted, deeply meaningful, and well-written friendship play out on screen? Full disclosure: I’m an avid TV watcher. In fact, I might watch too much TV (if there is such a thing). More than anything, I enjoy nuanced characters and the relationships they form with the besties who help them evolve throughout a TV series.

BFFs stick with us through thick and thin, and these TV characters have been through the wringer in more ways than one. Below, I’ve compiled a list of my 10 favorite best friend groups on TV and the iconic bonds that gave me hope for humanity. 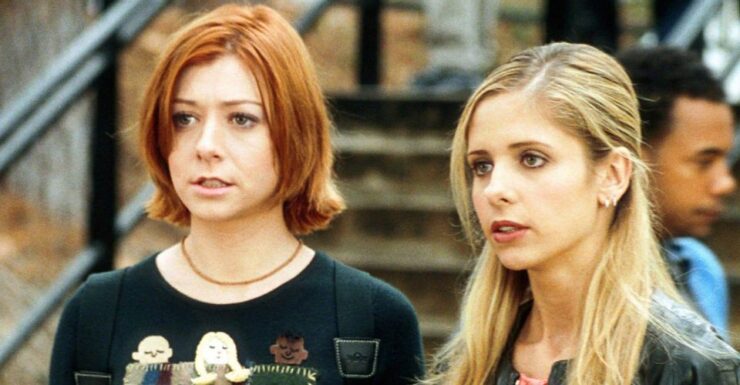 Buffy Summers and Willow Rosenberg from Buffy the Vampire Slayer undergo more trials and tribulations than most teenagers or young adults. That’s what happens when your high school is located above a portal to Hell. Buffy’s burdensome responsibilities as The Chosen One force her to grow up, while Willow endures losing her love and almost destroying the world.

Despite the overwhelming odds being stacked against them, these besties always face them together. From one of them dying to the other morphing into a dark witch, Buffy and Willow’s friendship was only strengthened over the years. Best friends for life, come Hellmouth or high water. Margo Hanson and Eliot Waugh from The Magicians might be one of my favorite BFF pairings ever. Much like Buffy and Willow, Eliot and Margo deal with their fair share of magical mayhem. They’re your typical “mean girls” gossiping about the dorky freshmen that attempt to prevail at Brakebills University, but Margo and Eliot manage to make snobbery endearing. These besties are complicated, fully dimensional humans that wade through their respective traumas together.

Whether it’s ruling Fillory together or trying to avert the apocalypse several times, El and Margo, a.k.a. “Bambi,” are inseparable, platonic soulmates. If you need proof of their loyalty to each other, look no further than season 4, when Margo sacrifices her kingdom and suffers subsequent exile to save Eliot. 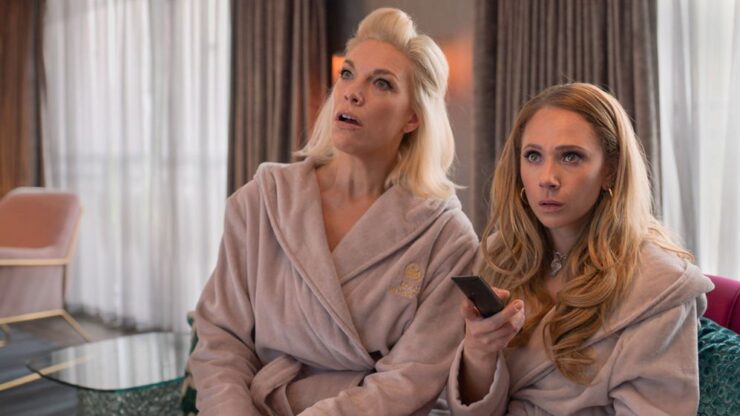 Hot on the heels of my favorite BFF pairing, Margo and Eliot, comes Keeley Jones and Rebecca Welton from Ted Lasso. It’s rare to find a non-competitive, 100 percent supportive female friendship since women are often pitted against each other in media. Rebecca is Keeley’s biggest fan, and vice versa.

Keeley helps Rebecca learn to have fun again and reminds her that she’s a “boss a** b**ch,” while Rebecca coaxes Keeley to embrace the “independent woman” in her. Even though it pains her, Rebecca urges Keeley to fly when the latter has the opportunity to start a PR firm.

It’s all love all the time with these two, and it’s a breath of fresh air. 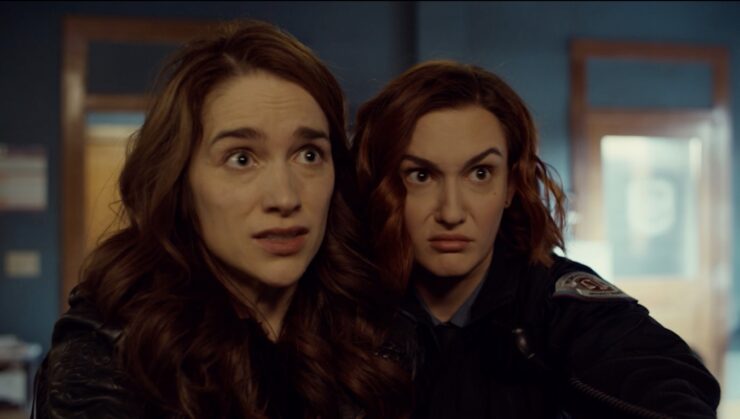 Wynonna Earp and Nicole Haught from Wynonna Earp (or “Wynhaught,” as Earpers lovingly call them) didn’t start as best friends on the show. They clashed but inevitably grew closer once Nicole’s relationship with Wynonna’s sister, Waverly, took flight.

While they seem like two opposites on the personality spectrum, Wynonna and Nicole have more in common than they realize, and once Wynonna learned to lean on Nicole for support, the pair’s bond blossomed. Wynhaught 4eva! Who loves Abbi Abrams more than Ilana Wexler? Nobody, that’s who! Through the course of Broad City, these best friends thrive as individuals and as a pair.

At face value, one might think Ilana and Abbi’s relationship reeks of codependency, but you’d be hard-pressed to find a more supportive duo. Abbi and Ilana are constantly elevating each other, especially when they need it the most. Eventually, both learn to carve out their respective paths separate from each other; however, that doesn’t put a damper on their friendship. Troy and Abed in the morning! Abed Nadir and Troy Barnes from Community are accused of codependency multiple times during the show’s run. However, over a decade ago, it was rare to see a TV friendship as adorable and awe-inducing — between two men, no less. They epitomize what a loving, supportive male bond looks like, pushing toxic masculinity aside.

Much like Ilana and Abbi, Troy and Abed inevitably go their separate ways, but not out of a lack of affection. I’d like to believe they’ll reunite again someday, perhaps after Troy and LeVar Burton return from their trip around the globe on the Childish Tycoon. Or maybe he’ll rescue Troy and LeVar from those pirates!

Like a few groups on this list, Sam Wilson and Bucky Barnes initially clash with each other. Their first go-round in the MCU, Captain America: Civil War, shows how much they loathe each other (remember the car seat scene?). Their begrudging banter as they fight Spider-Man is also worth revisiting, purely for the laughs.

But along comes The Falcon and the Winter Soldier, and we get to see their burgeoning friendship evolve. Of course, their mutual connection to Steve Rogers and the passing of the Captain America mantle to Sam certainly helps. I’m not ashamed to say it: SamBucky for life. 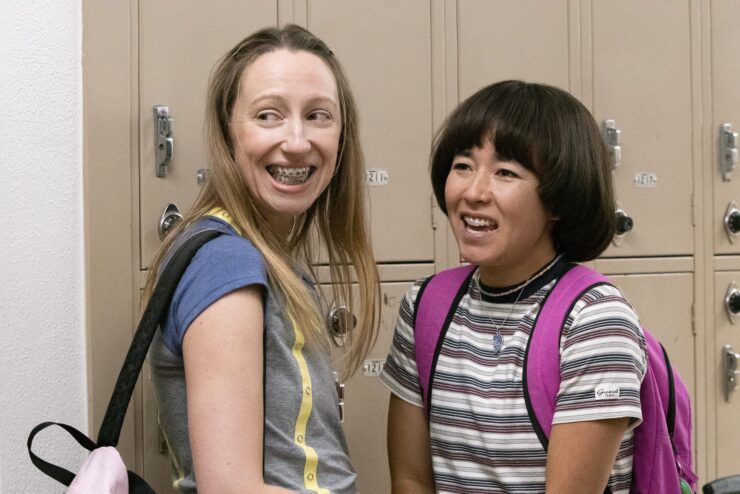 Adolescence is hard, and you need your besties more than anything to slog through it. Anna Kone and Maya Ishii-Peters from PEN15 are quintessential teenage BFFs navigating life, love, puberty, and junior high in the early aughts. Their shared journey is equal parts poignant and hilarious but, most of all, it’s relatable. We’ve all been there, no matter the time in which we grew up.

These bonds during your formative years help map out the landscape of relationships in your adult life, and Maya and Anna’s friendship will undoubtedly carry over into adulthood. 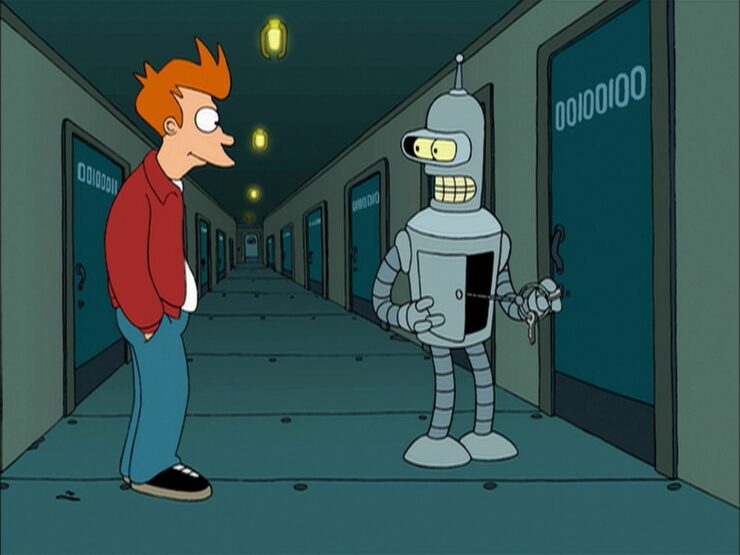 A man’s best friend is his frequently intoxicated robot pal. Futurama‘s Fry and Bender bonded almost instantly when the former woke up in the distant future, and they’ve endured some of the most outlandish situations that could throw a wrench in any friendship, let alone a fictional one.

And, yes, Bender is wholly self-centered and usually belligerent, but his relationship with Fry somewhat softens his blunt metal edges. Fry even sports a Bender tattoo on his butt (that Bender put there, but, still)! 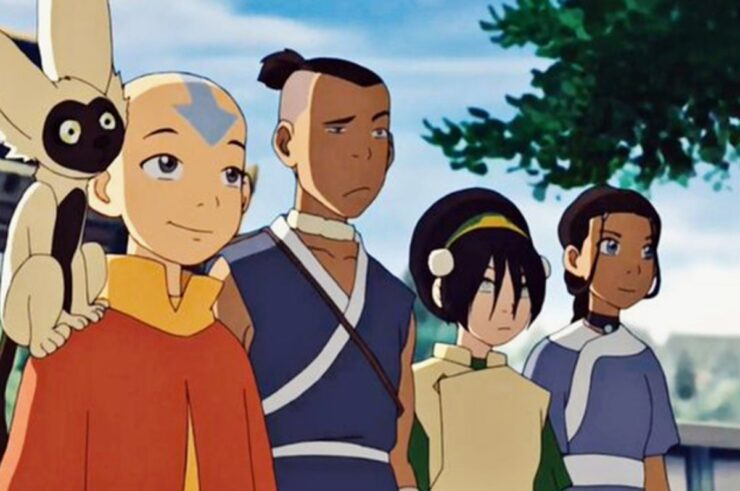 Aang from Avatar: The Last Airbender made quite a few friends along his journey around the world — besties from all four nations, at that. Sokka, Katara, Toph, and Suki became his best pals, and Aang eventually even formed a close friendship with former enemy Prince Zuko.

Aang was also close to Appa, his flying bison, and Momo, a flying lemur, because pets are family too! Aang’s peaceful, friendly nature made it easy for him to bond with many people. Together, this crew of benders and allies was unstoppable because of their distinct backgrounds and perspectives.

With a solid best friend (or two or three) at your side, anything is possible. The power of friendship can be more impactful than magic, supernatural hijinks, and awkward situations combined!

Who are your favorite TV best friends? Let us know in the comments and don’t forget to Let Your Geek Sideshow!