At Hogwarts School of Witchcraft and Wizardry, students develop their magical skills and abilities through a variety of classes, whether it is studying to become a Magizoologist in Care of Magical Creatures, practicing dueling techniques in Defense Against the Dark Arts, or learning to alter an object’s molecular structure in Transfiguration.

Outside of “foolish wand-waving” and “silly incantations”, students are also invited to take a seat in Potions class, where they can master the art of brewing concoctions under the watchful eye of Professor Severus Snape (or perhaps, if they have a swig of liquid luck, Horace Slughorn).

For Harry and his friends, these tricky tonics help them out of sticky situations time and time again. Therefore, it is a smart idea to keep these bewitching blends stocked up in the pantry, though it may be less vital if you don’t have a bald-headed bloke threatening to destroy you.

Still, it’s better to be safe than sorry, so grab your ingredients, stand by your brewing pots, and gather round as we run through the 10 Most Useful Potions in Harry Potter. 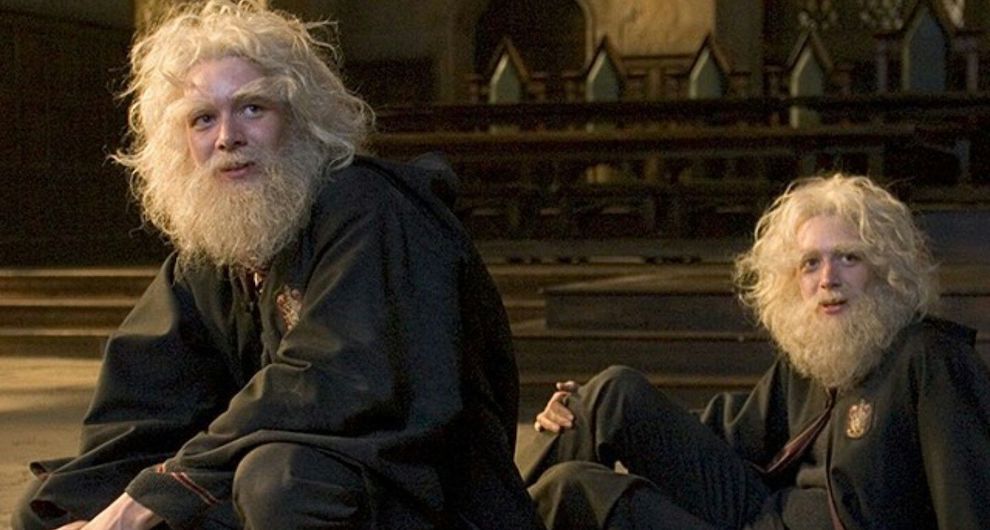 The Ageing Potion is a powerful blend that causes the person who drinks it to become temporarily older. In fact, the more potion consumed, the bigger the maturing process, so you won’t ever need the ageing filter on your photo app again.

No one knows this better than Fred and George Weasley, who attempt to use the potion to enter the Triwizard Tournament despite being underage. Unbeknownst to them, Albus Dumbledore places an age line around the Goblet of Fire to ensure that only eligible candidates are chosen to partake in the challenges. 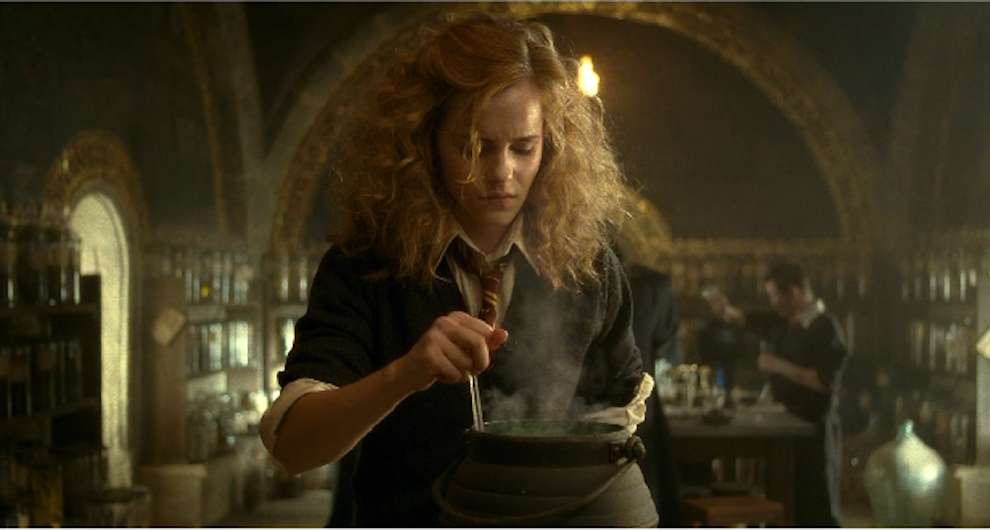 The Draught of Living Death is an extremely powerful and dangerous elixir that sends the drinker into a death-like slumber. This stops them from ever having to reach for the snooze button, which is something most of us would appreciate from time to time.

However, we advise that you don’t try this one at home, as not only does it have potentially lethal side effects, it is also very difficult to concoct. Even Hermione, one of the most talented potion-makers at Hogwarts, has trouble brewing it, which is a testament to the advanced skills required to master the making of this liquid remedy.

It’s not worth dicing with death! 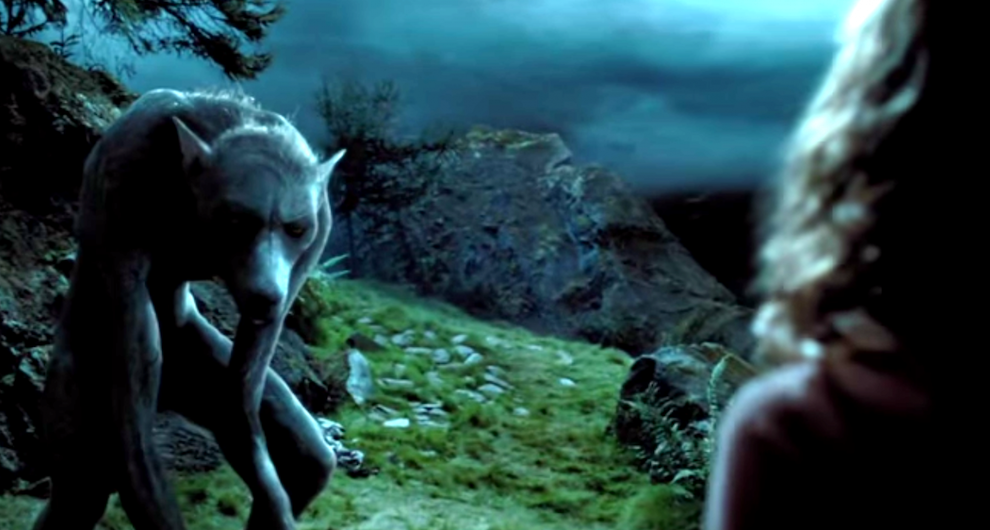 Unless you’re moonlighting as a werewolf, this one may be less useful to the average human, but it would no doubt rank high for the shape-shifting creatures in the Wizarding World, as Wolfsbane potion prevents werewolves from losing their mental faculties post-transformation.

The tonic must be taken each day of the week preceding the full moon in order to be effective at the correct moment. It works to ease the symptoms of lycanthropy, so the likes of Remus Lupin may not have to partake in the monster mash during each cycle.

Trust us, this one’s sure to be a graveyard smash. 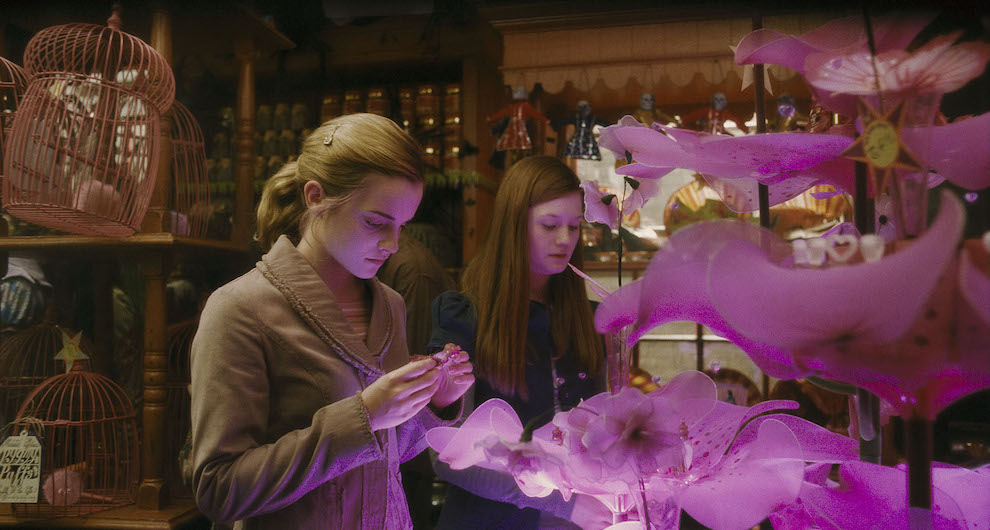 Amortentia is the strongest love potion in existence, causing the person who consumes it to develop a powerful infatuation for the person who administers it. Even though it fails to create true love, it will temporarily make someone’s crush fall head over heels in lust with them.

It’s important to note that the love potion does carry a risk of going awry though. Romilda Vane finds this out the hard way after she spikes a box of Chocolate Cauldrons meant for Harry, but they somehow end up with Ron, who becomes besotted with Romilda, much to her disappointment.

What can we say? It was obviously love at first bite. 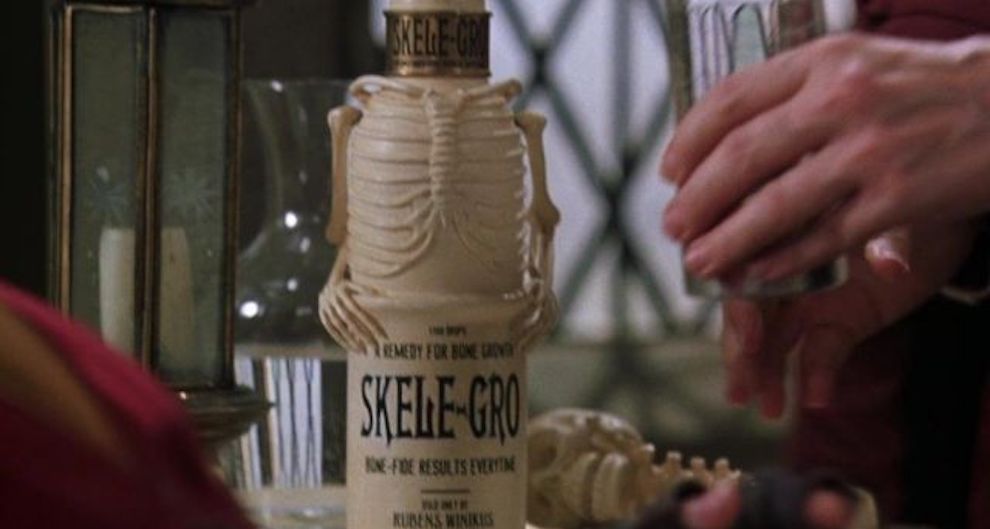 Skele-Gro is a potion that restores bones by mending breakages or re-growing bones entirely, so while we hope that you never require this one, you can always use it to speed up the healing stage should you ever wind up wearing an orthopedic cast.

The medicinal mixture is administered to Harry after he breaks his arm during a Quidditch match. Gilderoy Lockhart foolishly removes his bones during a failed attempt to fix them, which means that Harry has to down the terrible-tasting potion to trigger the painful repair process. 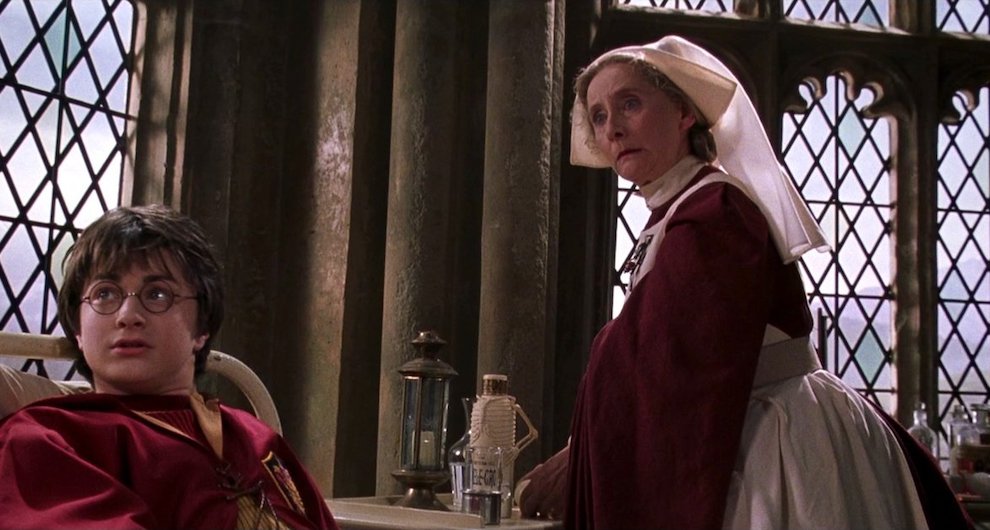 The Draught of Peace is a potion that is designed to relieve anxiety and ease agitation, making this a particularly good one if you’re feeling stressed over your email inbox reaching a new personal best of unread items.

Whatever the case may be, there are plenty of people that may benefit from this calming concoction. Madam Pomfrey even prescribes the potion to several fifth-year students suffering from panic-like symptoms as they approach their Ordinary Wizarding Levels (O.W.L.s for short).

Keep calm and carry on, eh? 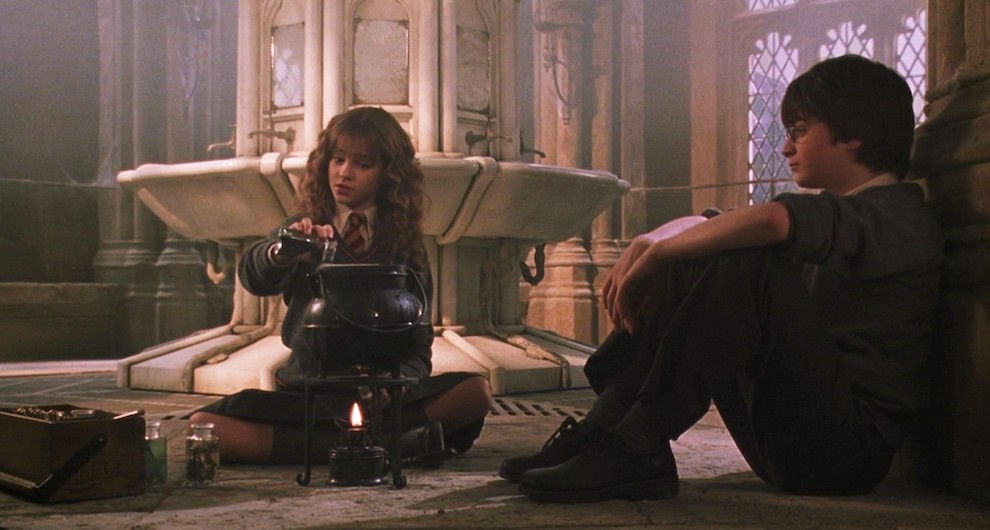 Polyjuice Potion transforms the person who drinks it into the physical form of another person for up to an hour. Harry, Hermione, and Ron swap out their Butterbeer beverages for three steaming goblets of Polyjuice Potion as they plot to trick Draco Malfoy into revealing whether or not he is the heir of Slytherin.

However, Hermione discovers that Polyjuice Potion has quite a few complexities when she accidentally mixes a stray cat hair into the concoction, which triggers her transformation into a cat-human hybrid, complete with furry ears and a fluffy tail.

One wrong move and you could be facing a whole lot of toil and trouble. 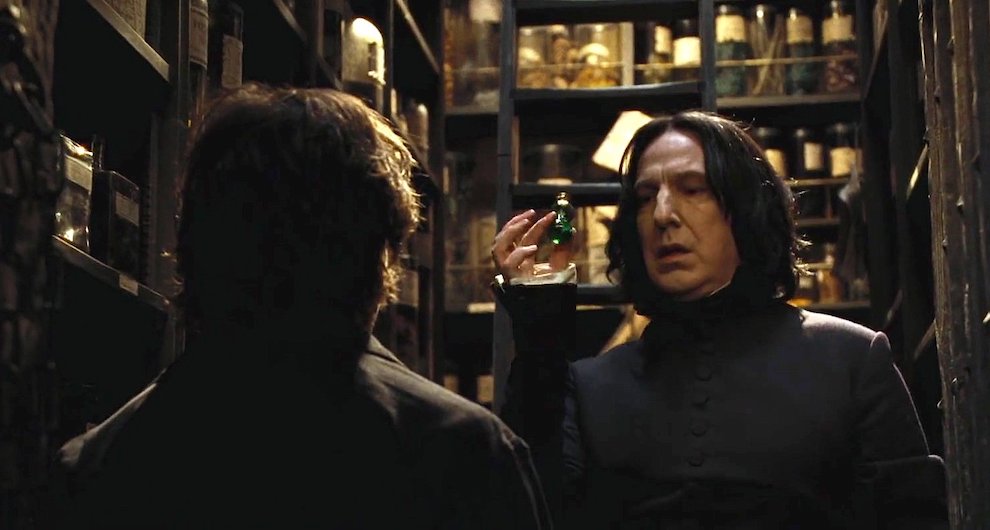 Veritaserum is a powerful truth-telling serum that mandates those who take it to answer questions truthfully, making it particularly useful during an interrogation. This means that no one ever has to doubt who ate the last Bertie Bott’s bean in the box again.

Albus Dumbledore uses Veritaserum on Barty Crouch Jr. to uncover his disguise as Defense Against the Dark Arts professor Alastor “Mad-Eye” Moody while Rita Skeeter uses the secret-busting brew on Bathilda Bagshot to get the gossip for Dumbledore’s biography. 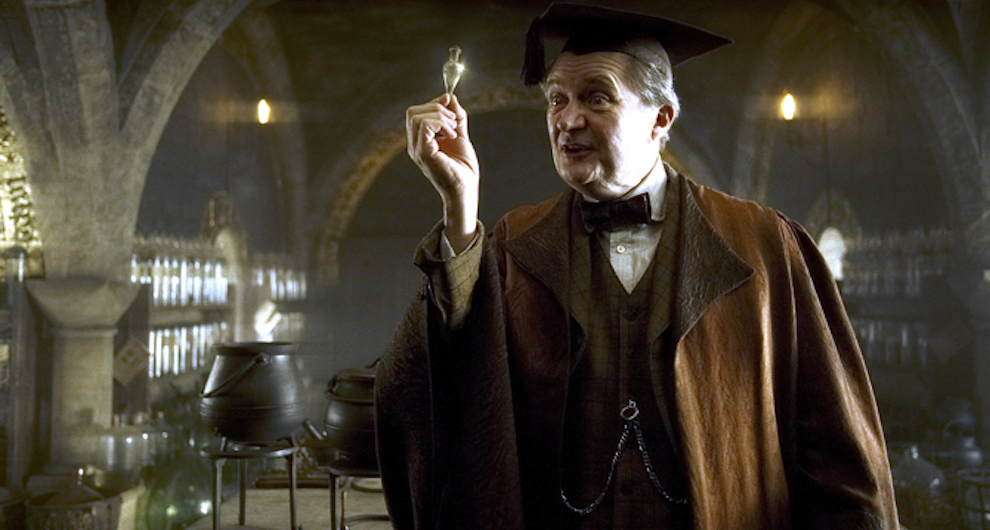 Felix Felicis, also known as Liquid Luck, is a magical potion that allows the taker to be successful in all of their endeavors, so forget throwing pennies in fountains or searching for four-leaf clovers because this tried-and-tested formula will almost certainly attract good fortune.

A few gulps of this propitious potion will grant the person who drinks it nothing but luck. For instance, Harry uses it to persuade Slughorn into relinquishing a memory that he requires for a Horcrux and later uses it to make his friends invincible against the Death Eaters.

Be warned, side effects may include an inflated sense of self-importance. 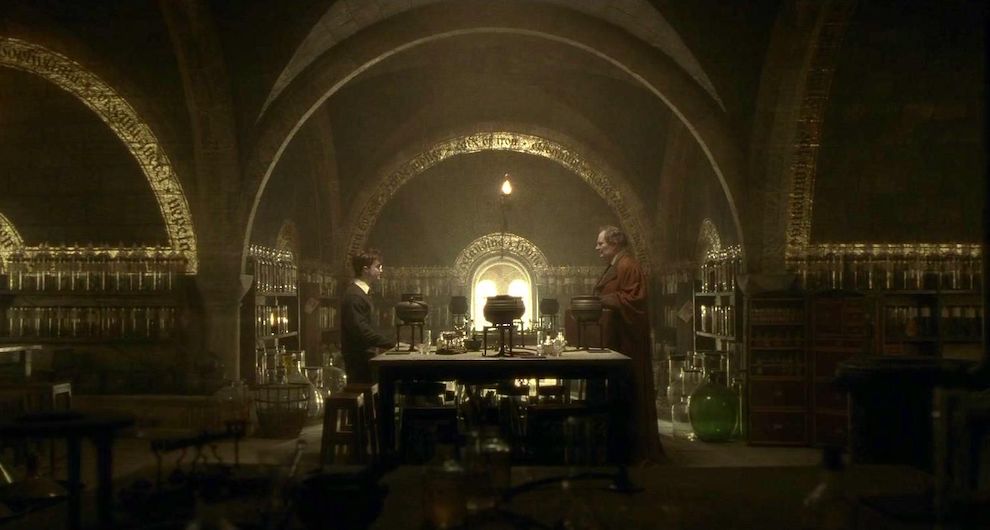 It is hardly surprising that the Elixir of Life would be one of the most highly sought-after potions in the Wizarding World, as it really is the gift that keeps on giving.

This restoration remedy supplies those who possess it with an infinite amount of time to catch-up on their reading pile, travel the globe chasing the sun or watch the Harry Potter film series on a continuous loop (though admittedly most of us do this without the Elixir of Life).

So start writing your bucket list, as it does not do to dwell on dreams and forget to live, remember that.

Which potion would be most useful to you in your everyday life? What might you use it for? Let Your Geek Sideshow and tell us in the comments!

Game of Thrones Prequel News, House of the Dragon Announced, and more!