Black Panther went down in history as one of the most successful movies to come out of Marvel Studios upon its release last year. It became king of the charts with its staggering superhero box office performance across the globe, spanning to the farthest reaches of Wakanda and beyond.

The movie defied superhero conventions and exceeded genre expectations to emerge as a deeply personal, politically charged, and expertly crafted entry into the Marvel Cinematic Universe, leaving audiences with a bounty of thoughtful topics to discuss long after the credits rolled.

On top of this, Black Panther’s home release was packed with tons of extra special features, including several behind-the-scenes featurettes, an in-depth roundtable discussion, and a few deleted scenes. Plus, the crown jewel at the heart of the disc is the audio commentary track wherein director and co-writer Ryan Coogler and Production Designer Hannah Beachler share some remarkable insights and fascinating trivia from the picture, breaking it down frame by frame.

For your convenience, we have compiled the most noteworthy nuggets from the Black Panther commentary right here, so grab your vibranium and hold on tight, as we run-through the 10 things that we found most interesting about the film’s production. 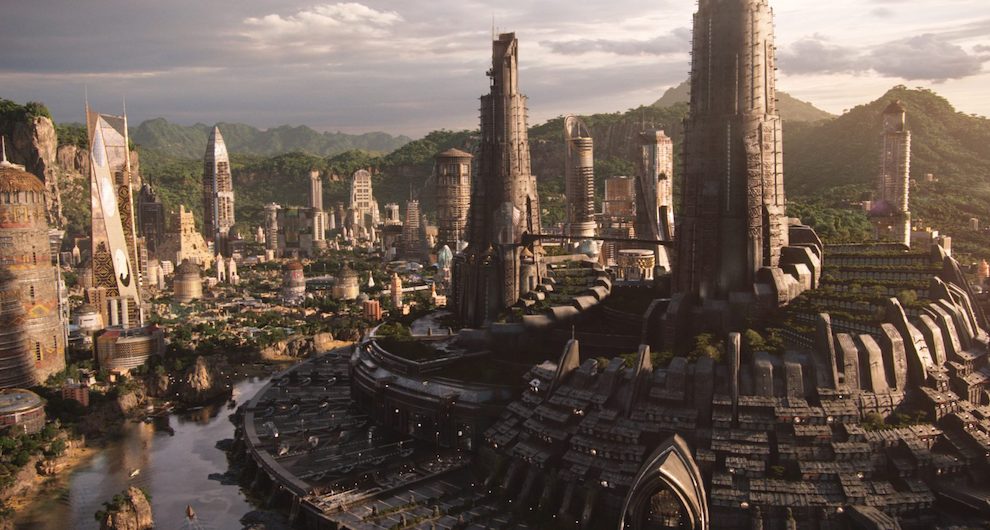 It turns out that Black Panther’s super-tight script wasn’t the only piece of reading material allowed on the set of the movie, as Hannah Beachler compiled a 515-page “bible” rooted in the tireless research that she conducted during the pre-production stage of the schedule.

The guidebook, which was handed out to the cast, contained a visual history of Wakanda and its citizens. The staggeringly detailed resource included all of the designs and descriptions of the ancient buildings, the stunning landscapes, and cutting-edge contraptions. It also documented the backstory of vibranium, the virtually indestructible element that powered the kingdom.

“To get to the design, I had to come up with stories about why this would particularly be there,” the extraordinary production designer explained. “Was it always there, and where did it come [from] — did it move? So that’s where we started.” 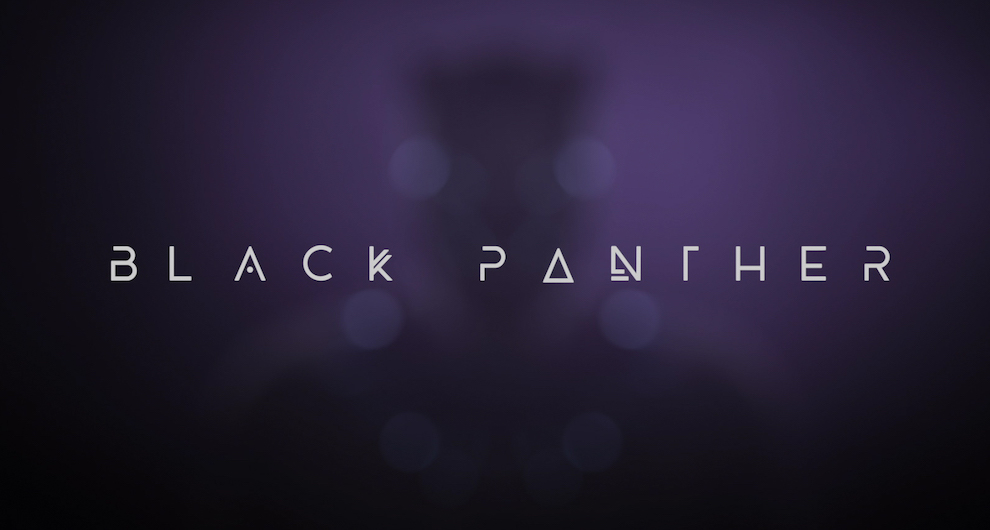 Graphic Designer Zach Fannin and other members of Beachler’s talented production design team carefully crafted the Wakandan typefaces used in the title frames between scenes. The font was derived from the Nsibidi script of Nigeria, pulling shapes from earlier versions of the text to create a custom design for the movie.

This was not the only task in the language and font department either, as the team continued to source different texts to continue to add layers to the script. BEYNO, designed by Fabian Korn, is the sans serif futuristic typeface applied to the English translations that appear in the main titles and locator cards.

The Black Panther filmmakers created a vibrant color palette to keep track of the characters identities. Ryan Coogler focused on creating various color stories by coordinating certain characters with specific colors, as a representation of the ideas and themes present in the plot.

On the surface, colors were applied to costumes to help to identify the vast array of characters. For example, the River Tribe wore green garments and the Border Tribe traditionally sported blue while Black Panther and the Royal Palace were highlighted by their black and purple wardrobes, respectively.

However, each color possessed a symbolic meaning too. Zuri for instance, both the younger and older versions, wore purple as it represents spirituality, royalty, and high rank. Nakia, on the other hand, wore shades of green to represent how she identifies with the world outside of Wakanda.

The color blue represents colonization in the movie; it forms an essential part of the costumes and reinforces the characters of Ulysses Klaue, Everett K. Ross and, of course, Killmonger who we first meet in the British museum scene, which is also delicately tinted in blue.

In the opening scenes, the apartment building directly opposite the children who could be spotted playing basketball outside is apparently right across the street from the resting place of Martin Luther King Jr. The building was touched up digitally to make it appear like a regular building in Oakland despite being filmed in Atlanta, Georgia.

During production, Martin Luther King’s daughter visited the set to shake everyone’s hand and bless the project in an incredible moment that Coogler described as “pretty intense.” 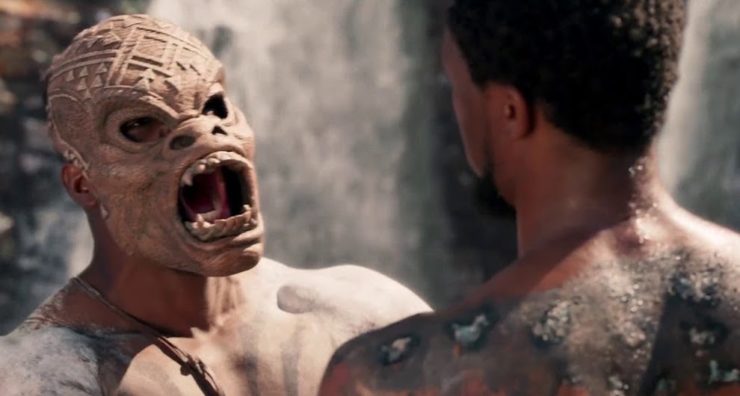 One of the biggest motifs in the movie is the theme of identity and the question, “Who are you?” is asked multiple times over the course of the plot. The notion of knowing yourself is critical in several scenes, as it separated the heroes from the villains.

During the ceremonial combat scene, T’Challa physically fought for the throne while also participating in a mental battle over his identity. However, he ultimately gained strength from his history and heritage, which helped him to defeat M’Baku.

Elsewhere, Killmonger seemed to adopt several names and assume different identities (from Erik Stevens to Killmonger and N’Jadaka) throughout the movie. Though, he arguably only discovered his true self during the final conflict with Black Panther. 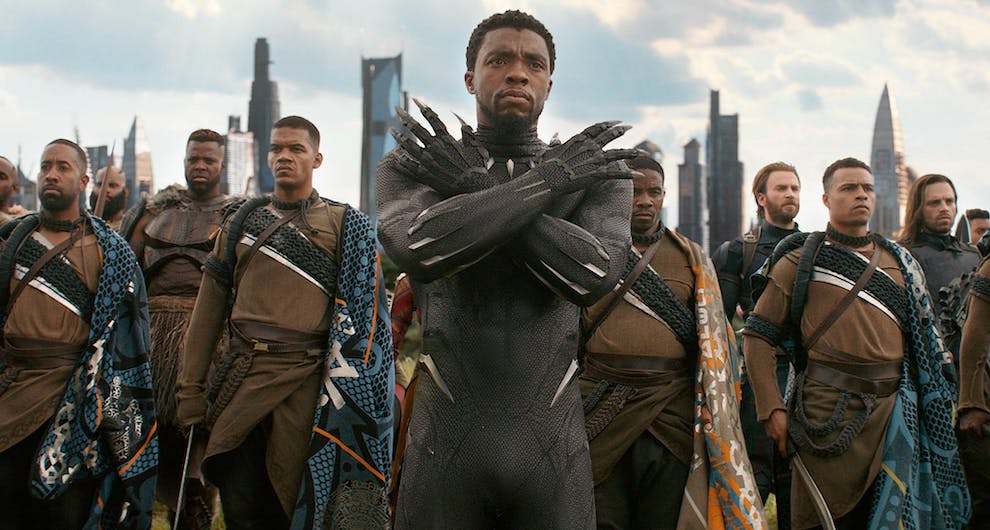 In one scene, T’Challa is buried so that his spirit can travel to the Ancestral Plane, allowing him the opportunity to speak to his father, T’Chaka. He awakens in the plane with his arms folded over across his chest, thus performing the Wakanda Forever salute that Wakandans appear to use quite often.

According to Coogler, this pose was borrowed from Egyptian pharaohs and West African sculptures. And since brotherhood and love is a prominent part of the culture represented in the movie, the crossed-arm salute is a symbol that means “hug” in American Sign Language.

As the Black Panther, T’Challa has an abundance of impressive abilities and powers, including superhuman strength, speed, agility, and durability, but in Coogler’s opinion his one true superpower is that he knows who to trust and that helps him to builds unbreakable bonds with the people around him.

As a strong judge of character, the powerful warrior quickly finds an ally in Nakia, who is the only person that he confides in over the revelation of what his father did to his uncle (and, by extension, to Killmonger). This was an act that showed just how much trust she had earned from him, as he clearly turned to her for advice because he sincerely values it.

The production team developed a tragic backstory for Killmonger to give an even fuller picture of the early years that helped to shape him. Though it is not made explicitly clear in the movie, it is teased in the opening scenes wherein T’Chaka fatally confronts N’Jobu in Oakland.

Coogler explained that before N’Jobu was murdered in his apartment, he had been planning to break Killmonger’s mother out of prison. However, since he obviously doesn’t succeed in carrying out the jailbreak, she ends up dying incarcerated, leaving Killmonger to grow up without either parent.

“The idea was that when you see those guys talking over that paperwork in the beginning of the film, they’re trying to figure out a way to break her out. She’s been incarcerated. They’re trying to break her out of jail. The idea is that they never got her out and she passed away in prison, so Killmonger didn’t come up with a mom either,” Coogler revealed.

Becoming an orphan at such a young age is one of the circumstances that presumably sparked rage within Erik, who desperately sought revenge while attempting to bring his father’s plans to fruition years later. 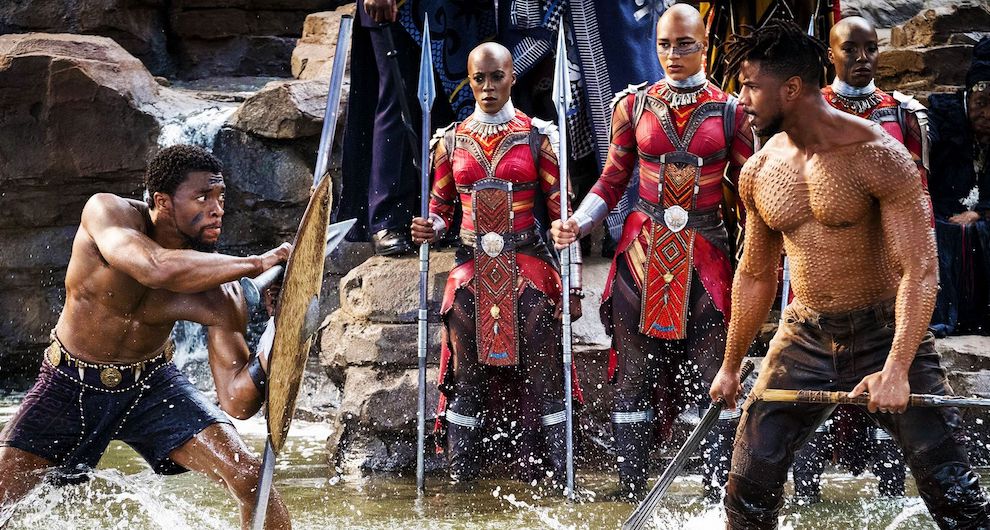 On the commentary track, Coogler shared his insight into a crucial plot detail involving a weapon, which is a major motif in the movie.

The director highlighted Killmonger’s disrespectful act of breaking his spear in half to turn it into a shorter hand-held weapon during the ritual challenge against T’Challa. He explained how this was a nod to the African warrior, Shaka Zulu, who was generally regarded as one of the most influential military leaders in history.

Zulu allegedly invented a shorter stabbing spear, known as the “iklwa”, as part of his military reforms, therefore, Killmonger breaking his own spear shows the stark contrast between him and the other characters, as it represents him breaking away from traditions.

Ironically, it is the same broken spear that ends up dealing his final blow, as T’Challa stabs Killmonger with it at the end of the movie. 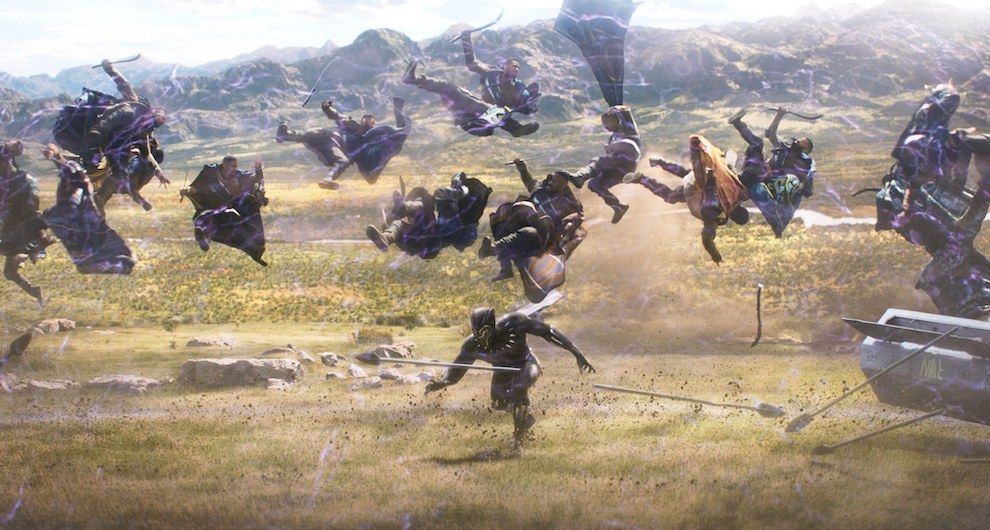 Before conceptualizing the brutal “Two Panthers” battle sequence between T’Challa, Killmonger and the various Wakandan tribes, Coogler said that he studied a lot of movies with major third-act battle scenes as a source of inspiration.

He singled out one of Kevin Feige’s favorites, the Battle of Endor from Star Wars: Episode VI – Return of the Jedi, as a particularly useful reference point; this resulted in a truly compelling climax that balanced high-octane action with stunning visual spectacle and strong emotional relationships.

Wakanda forever! We hope that you learned a little more about the inspiration behind the highest-grossing solo superhero movie of all-time.

What is your favorite piece of trivia about Black Panther? Let Your Geek Sideshow and share your roars of approval for the Marvel movie in the comments below!