The MCU blockbuster became an instant box office success following a red-hot reception from top critics, diehard fans, and casual moviegoers the world over; the movie has continued to break ground in subsequent weeks, blazing an almighty trail towards Avengers: Endgame.

Captain Marvel stars Brie Larson as the titular character, a former Air Force pilot, who is catapulted to the stars when Earth becomes caught up in the center of a galactic war between two conflicting alien races – the militaristic blue-skinned Kree and the scientific shape-shifting Skrulls. It’s safe to say that the cosmic champion emerges victorious in more ways than one, as her glowing fists are not only responsible for sucker-punching a sweet old lady on a bus, they have also smashed through so many records that we can barely keep track.

Luckily for you, we’ve intercepted a pager that contains all the details of these impressive figures. So fasten your capes, grab a beverage of choice and gather your girl gang (or alien cat) as we reel off the top five records that Captain Marvel has broken at the box office so far. 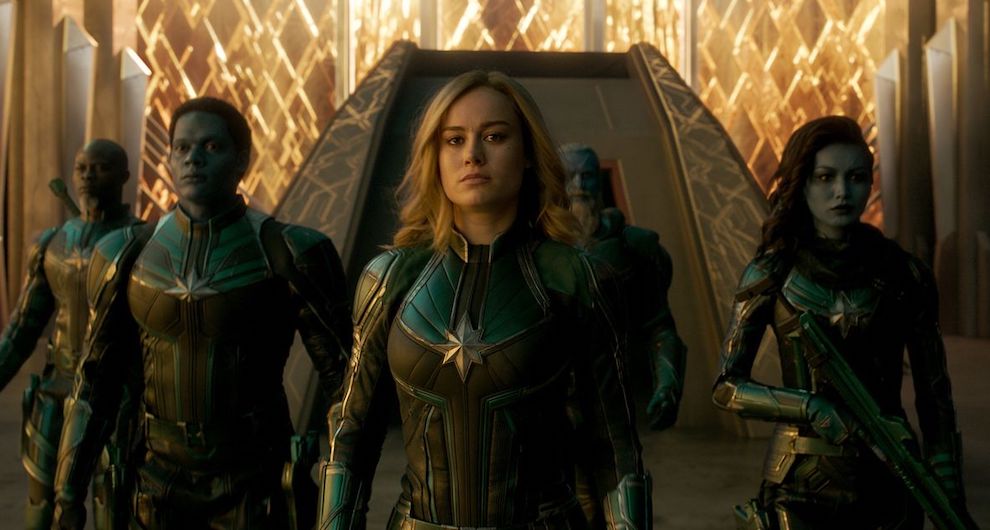 Marvel’s latest release hit the ground running as it broke the record for the biggest worldwide launch of a female-fronted movie, earning an enormous $456 million globally in its opening days.

Captain Marvel’s colossal ticket sales surpass some of the biggest record-holders in the charts to date, including Beauty and the Beast ($357 million), Rogue One: A Star Wars Story ($290 million), and The Hunger Games: Mockingjay – Part 1 ($273 million).

Shooting straight up into the ranks, the superhero flick also eclipsed several other opening figures to become the sixth-best worldwide launch of all time, just ahead of Star Wars: The Last Jedi, which grossed $450 million worldwide in it’s opening weekend back in 2017.

Currently, Avengers: Infinity War is the only MCU movie to beat it out with its jaw-dropping $640 million global debut. 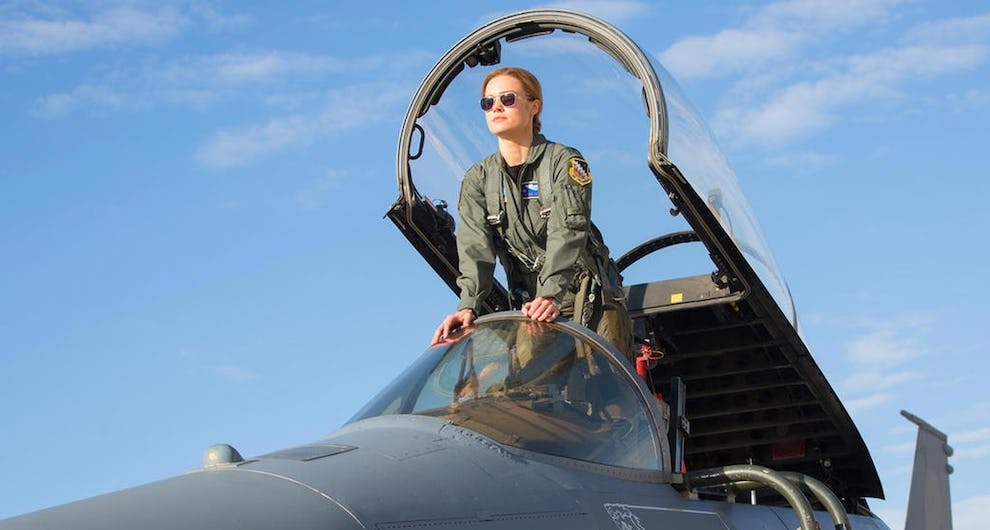 Anna Boden signed on to co-write and direct Captain Marvel with long-time collaborator Ryan Fleck, who she has partnered up with on various productions over the past 15 years, though they are best known for being indie stalwarts.

At the helm of Captain Marvel, Boden has pushed beyond her boundaries and found extraordinary success as the first female director of a Marvel Studios movie. However, this isn’t the only milestone that should be celebrated as she has also scored the biggest worldwide opening of any female-directed live-action feature.

Previously, Patty Jenkins smashed these box office records with DC’s Wonder Woman, which lassoed a gargantuan number of ticket sales, both domestically and worldwide, upon its release. However, Captain Marvel’s stronger performance in the foreign market (64% of its worldwide total as per Box Office Mojo) helps it claim the record.

Both studios are dedicated to bringing a female vision to the genre, with several female-backed projects currently in the works. 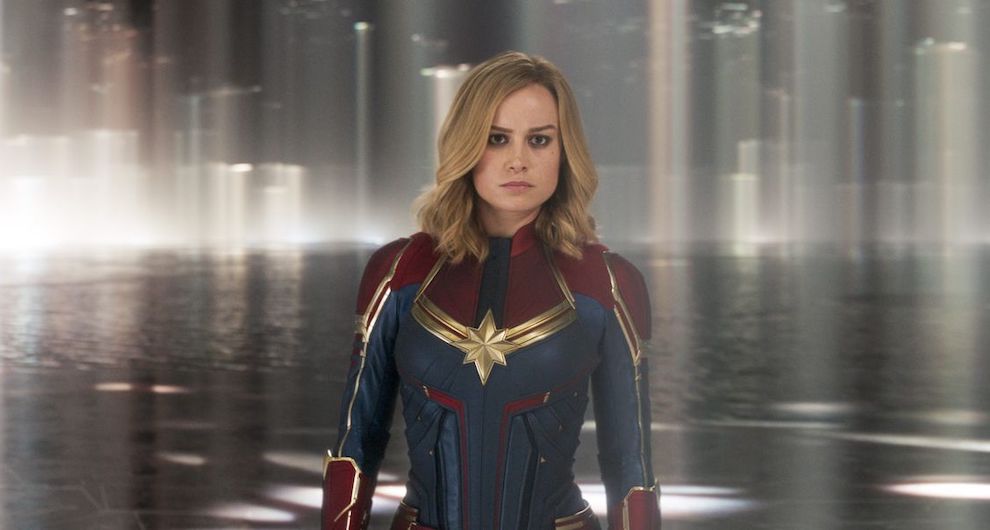 In its record-setting run, the character’s solo debut also attracted the biggest opening for a solo superhero movie ever, shattering all expectations with its $456 million global launch.

Last year, Black Panther became king of the charts and set the bar at an all-new high with its staggering superhero box office performance, breaking numerous records around the world. Ryan Coogler’s groundbreaking entry in the MCU pulled in a colossal amount in ticket sales over its opening weekend, earning approximately $371 million globally, but it was not the ultimate ruler in this specific list as it came in just behind the solo superhero efforts of Iron Man 3, Captain America: Civil War, and Spider-Man 3.

This year, however, Captain Marvel flew straight up to sky-high heights to soar above these entries, making it not only the biggest worldwide opening for a solo superhero movie, but also the greatest worldwide launch of any superhero movie except for Avengers: Infinity War, which currently holds the number one spot.

2. Biggest Worldwide Opening For A Non-Sequel In IMAX 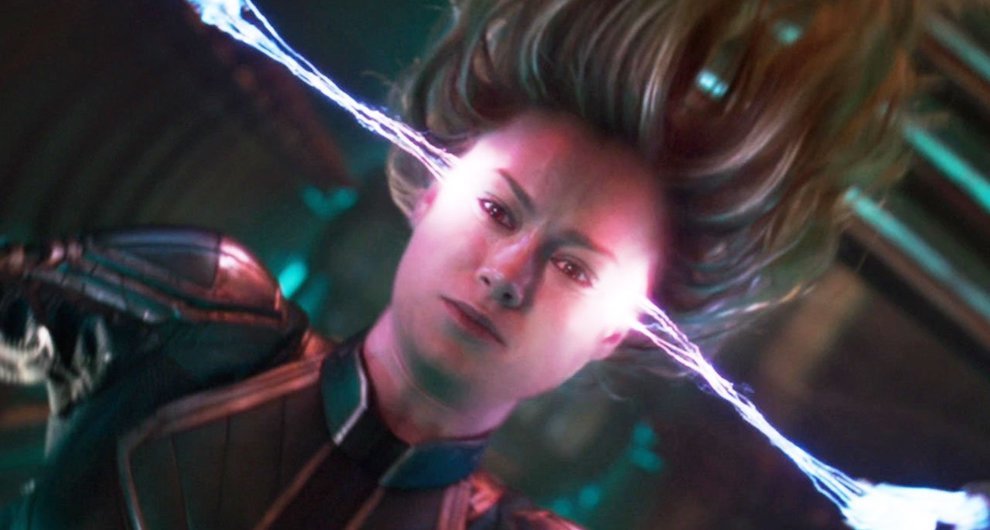 Captain Marvel blasted up in some more specific areas too, as the movie earned its rank among the highest-grossing IMAX openings ever, with a domestic gross of $14.1 million (across 411 IMAX screens) and an international gross of $22 million (on 964 screens), according to PR Newswire.

Captain Marvel now has the fifth-biggest opening in IMAX history and is the first non-sequel to crack the top five. The latest MCU flick comes in behind Star Wars: The Last Jedi while Avengers: Infinity War, Jurassic World, and Star Wars: The Force Awakens claim the top three spots.

“Captain Marvel marks an incredible start to what is shaping up to be a very strong 2019 lineup and sets the stage for the highly anticipated Avengers: Endgame, which was shot entirely with IMAX® cameras,” said IMAX CEO Richard L. Gelfond.

With these record-breaking results, the Marvel Cinematic Universe has now crossed over $1 billion worldwide in IMAX box office. 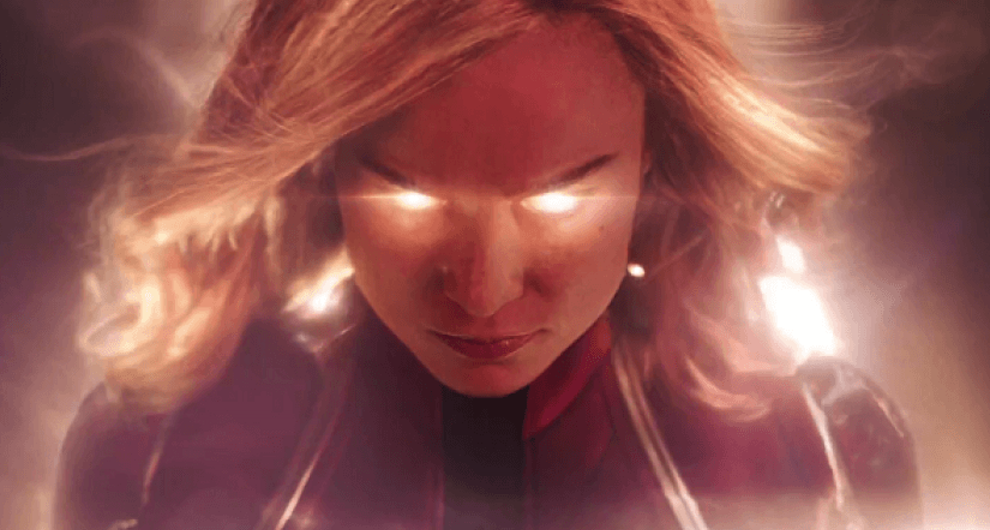 As the first Marvel Studios movie headlined by a female superhero, Captain Marvel has earned the honor of being the first of its kind to join the billion-dollar club, The Wrap reports.

The box office smash managed to gross over $1 billion worldwide to become the first female superhero movie to pass this momentous milestone. At the same time, Anna Boden is the first female to direct a live-action movie that topped more than $1 billion.

Captain Marvel and Black Panther are the only non-sequel solo movies to break the billion-dollar box office barrier.

Brie Larson will reprise her role as Captain Marvel in Avengers: Endgame, the final movie in the Infinity Saga, when it hits theaters on April 26th.

Do you have any box office predictions for the eagerly-awaited Infinity War sequel? Let Your Geek Sideshow and tell us in the comments!

Be sure to check out all of our Marvel collectible figures as well!

How To Watch The MCU Films Chronologically