With Disney’s highly anticipated streaming service, Disney+, set for launch on November 12th, fans attending the bi-annual D23 Expo were likely expecting a few shocks and surprises. But they probably weren’t prepared to have their socks blown completely off by amazing trailers, casting reveals, and unexpected new show announcements!

The MCU and Star Wars will add to an already impressive slate of new previously announced original content, not to mention the wealth of back catalog film and television titles in Disney’s vault that will stream on the new platform. Want more details?  Well let’s dive in True Believers – this IS the content you are looking for! 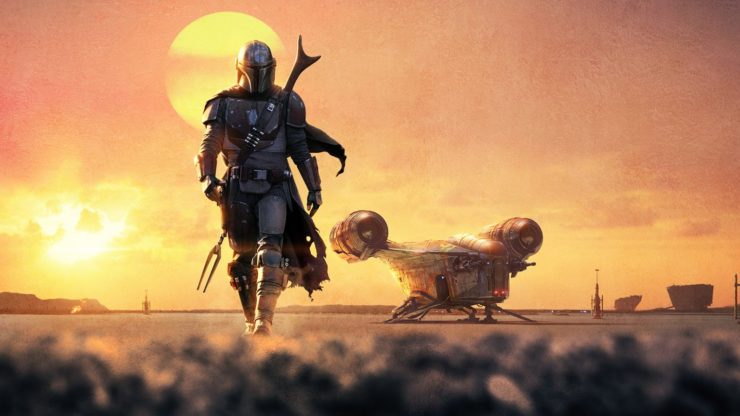 The Disney+ launch series keeps looking better and better. From the mind of John Favreau (Iron Man, The Lion King) and co-produced with Dave Filoni (Star Wars: The Clone Wars, Star Wars: Rebels), The Mandalorian will be an epic tale that takes place after the fall of the Galactic Empire. The show was generating great buzz before D23 Expo, and was greenlit for a second season in early July.

After seeing the new trailer that premiered during the convention, it’s easy to understand why this new take on everyone’s favorite space opera already has fans drooling. The visuals are epic, yet grounded, and it looks to be an exciting addition to the Star Wars canon.

The long-rumored project is finally happening, and Ewan McGregor will be reprising his iconic role as the Jedi Master. No showrunner was announced, but the as-yet-untitled series is scheduled to begin filming next year.

Many scripts have already been completed at the time of the announcement, and the bulk of the story will take place eight years after the end of Revenge of the Sith.

The prequel to Rogue One, reuniting Diego Luna and Alan Tudyk, is also set to begin filming next year, but no release date has been announced just yet. We can’t wait for more one-liners from K-2SO, one of the sassiest droids in the Star Wars universe (and that’s saying something)!

The Clone Wars: The Final Season

The hit series is finally getting proper closure as the concluding season will debut in February of 2020. This last run of episodes will include many stories only hinted at previously, and we are looking forward to some epic battle scenes and nail-biting showdowns.

The Falcon and The Winter Soldier

Marvel’s first new series on the streaming platform is an official part of their Phase 4 release schedule and will premiere in the fall of 2020. Anthony Mackie (who was a little too adamant that he was still Falcon and not Captain America, we might add) and Sebastian Stan will return, as will the previously announced Daniel Brühl as Zemo.

It was announced that Emily Vancamp will also return as Sharon Carter (That’s gotta be a little awkward…), and Wyatt Russell has been cast as John Walker, who is better known to Marvel fans as the hero (kinda?) U.S. Agent. 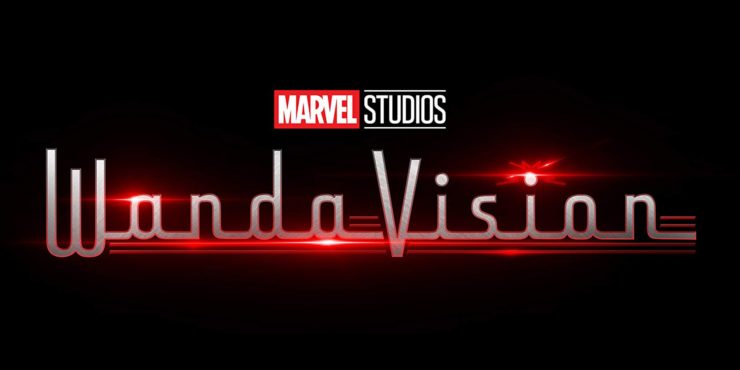 WandaVision is the show that still seems to be raising the most questions. It was described during the D23 Expo as an epic adventure by way of a classic sitcom like the Dick Van Dyke show. The teaser art for the series also appears to be in line with this description, but also evoked imagery reminiscent of Tom King’s Eisner award-winning comic, The Vision.

To top that off, joining Elizabeth Olsen and Paul Bettany on this adventure will be Teyonah Parris as a (now grown-up) Monica Rambeau (who was introduced as a child in the Captain Marvel solo film), Kat Dennings reprising her role as Darcy Lewis from the first two Thor films, and Randall Park returning as agent Jimmy Woo. 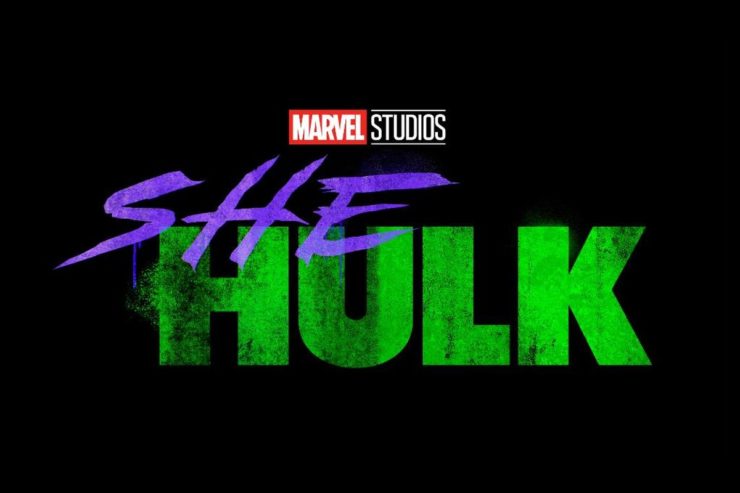 In what was arguably the biggest surprise announcement of the convention, Marvel is bringing three brand new series, starring three until-now unused characters, and dropping them right into the MCU!

First, we have Ms. Marvel (AKA Kamala Kahn) who will start off in her own series before embiggening on the big screen in future MCU films. It will be interesting to see how they decide to proceed with Kamala’s origin as she, in the comics, is an Inhuman. Could this be a way to reintroduce that concept and those characters into the MCU and make it work? Bisha K. Ali (Four Weddings And A Funeral) will be the showrunner.

Then there is Moon Knight, which will follow the hero Marc Spector, who may or may not have multiple personalities.

Finally, (and the one this writer is most excited for) we come to She-Hulk. In the comics, Bruce Banner’s cousin, Jennifer Walters, gains the ability to hulk out after Banner gives her a life-saving blood transfusion. Unlike most iterations of her famous cousin, Jennifer retains her smarts even after transformed and fights crime as an Avenger and as an excellent lawyer. If Professor Hulk in Avengers was any indication, this could lead to some smashing courtroom scenes.

Details on all three series are slim at the moment, but still exciting nonetheless. 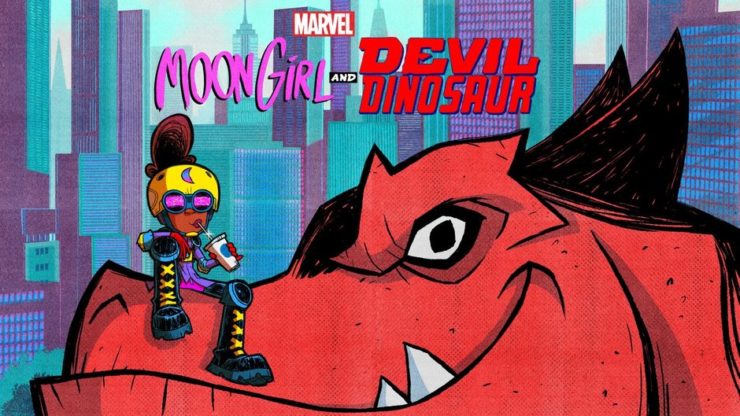 Okay, so it is technically not a Disney+ series, but the announcement of a Moon Girl and Devil Dinosaur show for Disney Channel is still cool nonetheless! Produced by Laurence Fishburne, and based on the acclaimed comic book series, this new cartoon will follow the adventures of super genius 13-year-old Lunella Lafayette and her big red dino as they protect their neighborhood from outside threats.

And being on Disney Channel, you know it’ll also stream on Disney+ eventually… so this totally counts.

This doesn’t even scratch the surface of all the Disney+ content that was announced at D23, but which of these above shows are you most excited for? Leave a comment down below and let us know!