Family can be downright scary. Sometimes you just want to be creeped out and grossed out by the comforts of home — and nobody knows that better than the first families of horror. We’re talking about the Addams Family, the Munsters, and the Spellmans (plus others)!

Monsters rarely do the whole team-up thing anymore. Slashers are often loners without family, aside from a few notable exceptions like Jason Voorhees or Michael Myers — but their family businesses are more of a generation-to-generation type deal. And of course there’s the Sawyers and their meat … packing … business but they don’t exactly play well with others.

The following families, however, stick together through thick and thin, slime and grime, and scream after scream. These are the first families of horror and you’re invited to meet them at a most chilling housewarming.

Few families are as iconic in their macabre madness than the Addams Family. They first crawled into our hearts with their New Yorker comic strip from creator Charles Addams, beginning in 1938. From there, the Addams Family has appeared on black-and-white TV, numerous animated shows and movies, as well as two hugely successful live-action films (with a couple spin-offs). Starting November 23, Netflix will also have a new entry in Addams Family canon, with Wednesday. 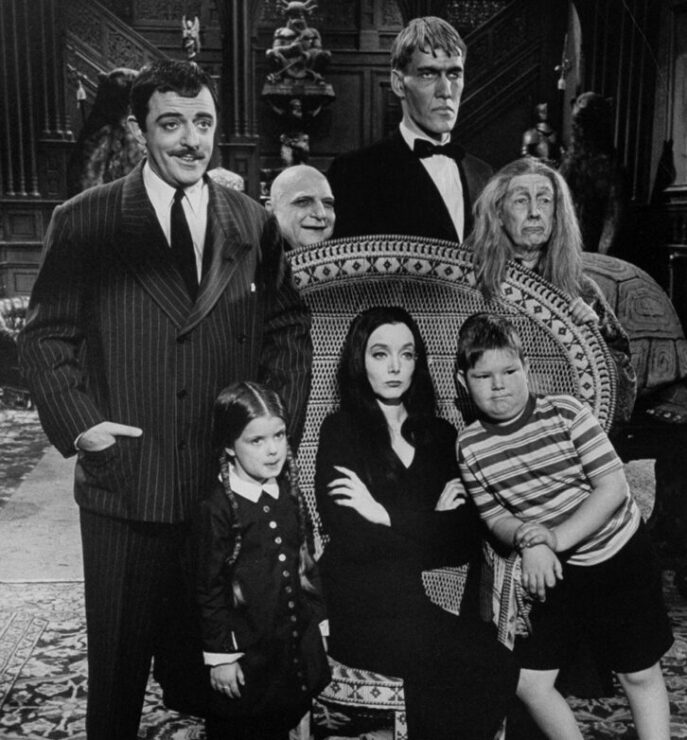 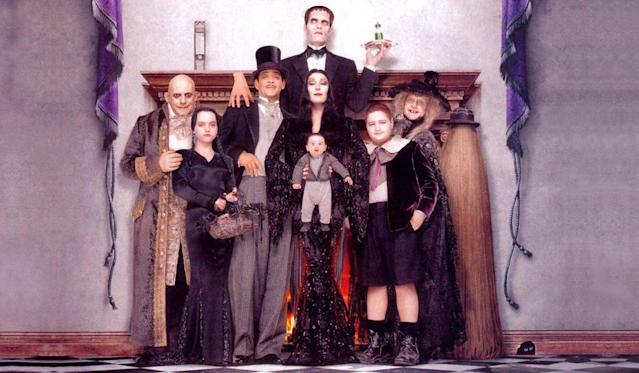 The Addams Family consists of a whole menagerie of creepy, kooky characters. Gomez Addams is a ladykiller lothario who is deeply in love with his morbidly beautiful wife, Morticia. Their children, Wednesday and Pugsley, are more likely to play with guillotines than boardgames. Rounding out the crew is Grandmama, Lurch, Thing, Cousin Itt, and the eternally odd Uncle Fester. The whole family’s peculiar brand of comedy gives a whole new meaning to gallows humor. 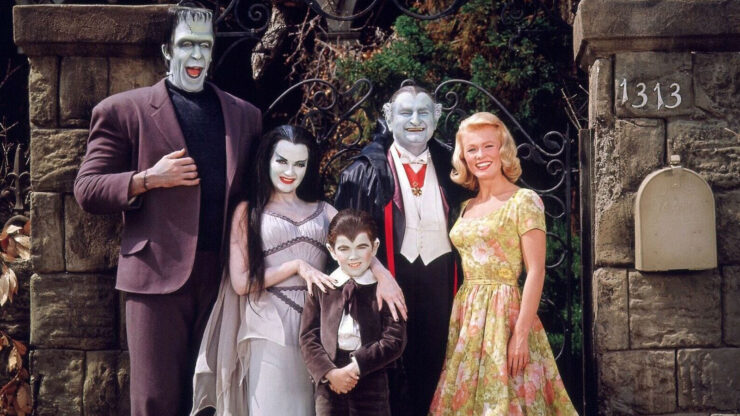 On the other severed hand, there’s also the Munsters who live at 1313 Mockingbird Lane. While the Addams Family are (more or less) human, the Munsters certainly live up to their name. Herman Munster is one of Dr. Victor Frankenstein’s creations, Lily Munster is a vampire (as is her father, Grandpa), and their son, Eddie, is a werewolf on the rise. Sadly, Lily’s niece Marilyn is afflicted with normalcy, but the Munsters love her all the same.

Despite their appearances, based on the classic Universal Monsters, this family is actually pretty wholesome. Their way of going about cleaning the house and interacting with other people might not exactly be “normal” but the Munsters support each other like any other family. The show itself was a satire of suburban family sitcoms but on the road to laughs the Munsters also struck big with audiences everywhere. Since the original show, there have been numerous movies as well as a couple reboot attempts, the most recent one being Rob Zombie’s 2022 film, The Munsters.

Casper and the Ghostly Trio 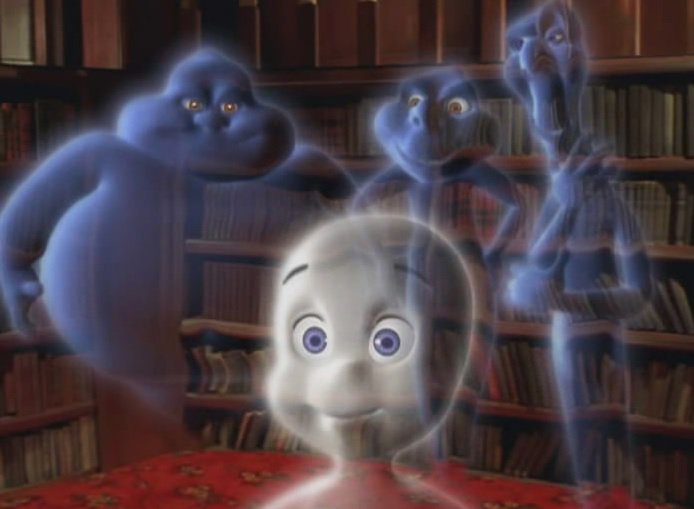 For some, there’s nothing more important than flesh and blood — but that gets a little trickier when you’re a ghost who has neither flesh nor blood! Ghosts are dedicated to their homes, and where there’s a home, family must follow. For Casper the Friendly Ghost, family means a trio of ghostly uncles who cause more chaos than comfort. But in the afterlife, pickings are slim.

Based on a 1939 children’s book and then animated cartoons from 1945 until 1959, Casper is pretty different from other ghosts. Unlike his uncles Fatso, Stretch, and Stinkie, Casper doesn’t want to scare people. He’d much rather make friends! Over the years, Casper befriends many humans and even a witch (played by Hilary Duff) in Casper Meets Wendy! Of course, perhaps the most famous and well-loved visitation from Casper is in his namesake live-action movie from 1995. Casper’s ghostly charm materializes in full force, and he even strikes up a bittersweet romance with a girl named Kat Harvey (played by Christina Ricci). 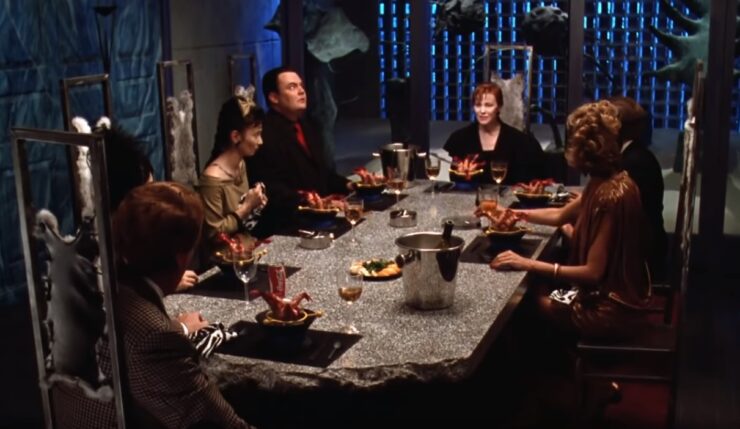 Don’t say it. Don’t you dare say it, especially not three times. The afterlife is full of ne’er-do-wells and tricksters, but one spirit really outdoes all the others: Betelgeuse. Though he poses as a helpful “bio-exorcist” who can assist wayward ghosts save themselves from meddling humans, Betelgeuse is one Sandworm-sized mess after another.

Two families are central to Beetlejuice: The Maitlands, a cookie-cutter, recently deceased husband and wife, and the cosmopolitan, dysfunctional Deetzes. Lydia Deetz, a strange and unusual girl, finds herself in the middle of the Maitlands and her own father and step-mother. However, this isn’t your typical haunted house story. Despite a very horrific (and well-choreographed) shrimp-themed possession and a failed seance, these two families eventually come together under one roof. 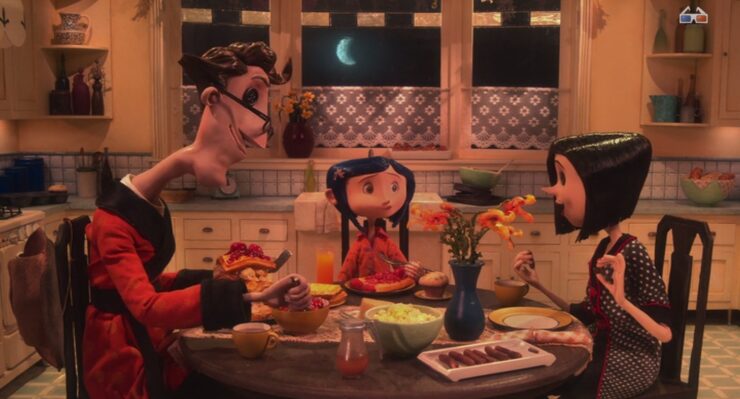 From time to time, we all wish for something different. And maybe, only sometimes, that wish involves a different family. At least that was the case for Coraline Jones. Based on Neil Gaiman’s novella, this 2009 stop-motion film tells Coraline’s harrowing journey from a dull life in the real world to adventures in Other World.

At first, life in Other World seems so much better. Coraline’s Other family is loving and attentive, everything she could want — and everything she longed for in her old life. But underneath the surface, sinister secrets lie in wait, ensnaring Coraline in a web of monstrous proportions. It’s a classic “you don’t know how good you have it until you’re trapped by a spider-beast called Beldam who wants to replace your eyes with buttons” type situation. Of course, all of the horror is led by Coraline’s Other Mother, the Beldam herself, who seeks to imprison souls in Other World. Talk about a panic button. Originally, Sabrina Spellman was a supporting character from Archie Comics. She debuted in 1962 but in 1996 the teenage witch got her own sitcom. Sabrina must navigate life as a typical teenager while also learning the ins and outs of witchcraft from her two aunts, Zelda and Hilda Spellman. Over time, Sabrina gets her witch’s license, uncovers the Spellman family secret, and even attends college. This incarnation of the teenage witch is quirky and spunky, with a dash of magical mischief.

The Chilling Adventures of Sabrina 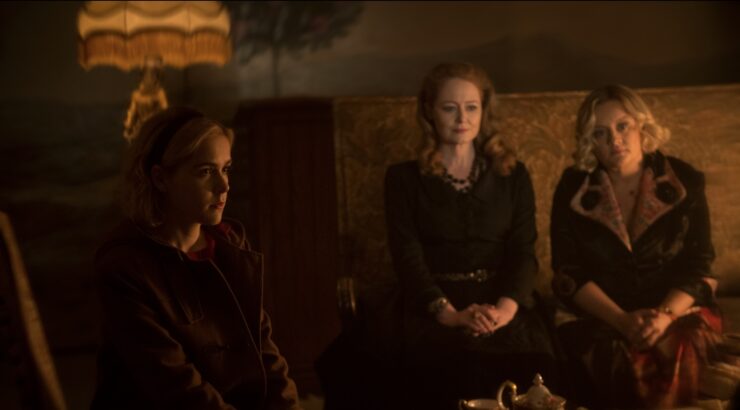 Just over twenty years later, Sabrina returned in The Chilling Adventures of Sabrina — this time, however, with a whole new look. Based on the popular Archie Horror comic book, this Netflix show infuses Sabrina’s coming of age rites with a diabolical tone and infernal intrigue. Gone are the laugh tracks and sparkly special effects, and in their place are hellish flames and pagan rituals. The show delves into theological territory as well as taps into horror movie aesthetics to create a series that earns its own special circle in Hell. 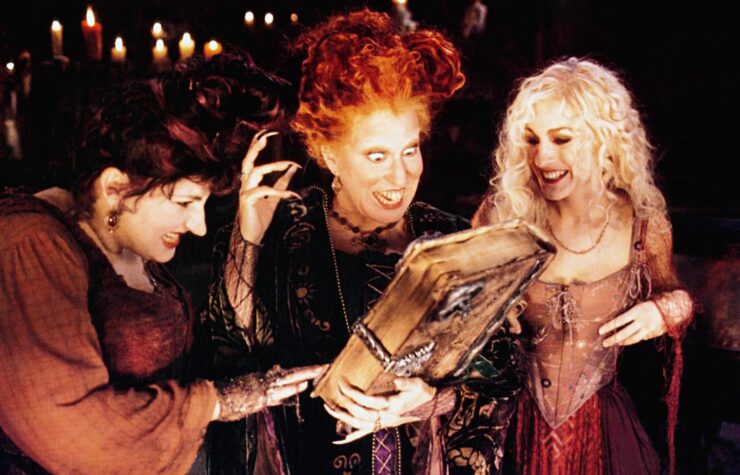 Double double, toil and trouble, fire burn and cauldron bubble! The Sanderson Sisters were a coven of witches from Salem, Massachusetts whose crafty antics got them in heaps of trouble. Centuries ago, the sisterly trio concocted a plan to steal youth from children all over Salem, preserving their own beauty at the price of countless souls. However, in 1993, an immortal black cat named Binx leads a Californian teen to fight against Winifred, Sarah, and Mary Sanderson.

The Sanderson Sisters are actually quite powerful — they can enchant an entire town’s adult population, lead droves of children to their doom, and even turn household appliances into tools of witchery. (Don’t pretend like you haven’t tried to fly on a vaccum from the closet.) Now, nearly three decades later, the witches are back from the dead in Hocus Pocus 2 on Disney+ … and there will surely be hell to pay.

Now that you’ve met everyone, you’re ready to join the party. Just, uh, don’t stay for dinner. That’s usually when things get weird.

Who is your favorite spooky, ooky family of horror? Tell us over in our Atomic Misfits Facebook Group, and don’t forget to Let Your Geek Sideshow!