The ClanDestines recently debuted in Ms. Marvel on Disney+. However, the MCU version of this group is far different than the super-powered family of Marvel comics. Additionally, Djinn rarely appear in Marvel comics, and aren’t nearly as instrumental within comic storylines — except for one specific Djinn’s relationship with a Destine.

So, who are the ClanDestine and Djinn from earlier Marvel media iterations? And how do they differ from the antagonists in Ms. Marvel? Join us as we break down the similarities and differences below.

The Destines are a secretive family with superpowers who are often referred to as “Clan Destine.” Their line begins at the meeting of Adam Destine and the Djinn Elalyth. Like many of her race, Elalyth was trapped for hundreds of years. She was beholden to a wizard and never had outside contact. Until Adam of Ravenscroft came along. In England around 1180 AD, the young Adam nearly died, but his mind reached out to Elalyth and she decided to protect him.

With this “angel” guiding him, Adam was able to survive fighting in the King’s Crusade. Eventually, after this Holy War was over, Adam ventured to Persia. A mage captured him and led him to the mountains, where he tricked Adam into finding the Djinn so he could enslave her. The mage attempted to kill Adam. In his last moments, Adam freed Elalyth. In turn, Elalyth slew the mage and granted Adam immortality.

In Ms. Marvel, ClanDestines are a group of Djinn who have been exiled from a different dimension. Belonging to a light-filled world called Noor, they are skilled warriors who covet Kamala Khan’s ability to access and channel the Noor. Not much is known about the other dimension besides its existence as a parallel universe that could potentially spill over into Earth-616. 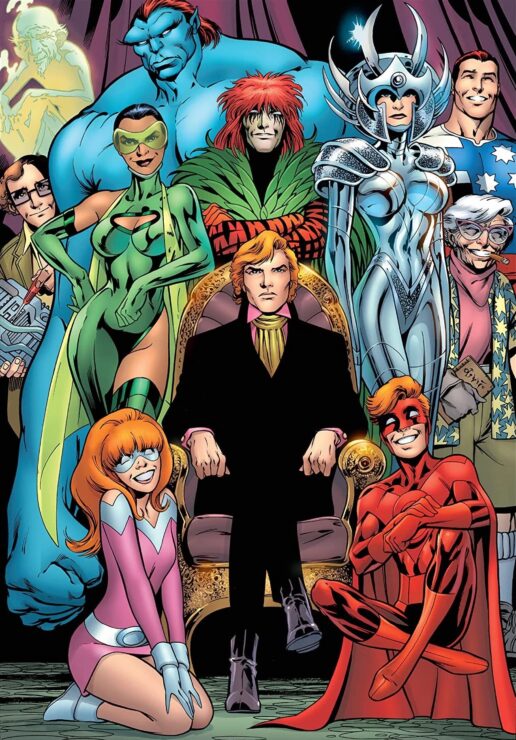 Adam and Elalyth’s progeny all inherited longevity as well as magical powers. While they often operated under the radar, the ClanDestines have recently become more interested in super hero activities since the twins love the hero life. Additionally, ClanDestine helps and accepts aid from well-known Marvel heroes such as Storm, Wolverine, Daredevil, and Doctor Strange.

Kamala Khan is part Djinn and part human — her grandmother, Sana, is the daughter of the Djinn Aisha. Aisha broke away from the ClanDestines because of their violent methods.

Najma is the leader of this villainous group. The other members include Kamran — Najma’s son —, Fariha, Aadam, and Saleem. Despite Aadam’s name being similar to Adam of Ravencroft’s, he does not seem to be related to Adam Destine of the comics.

Because they have lived for so long, the ClanDestine have an extensive and complex history within Marvel comics. Although most of them desire to combat evil, some such as Vincent abused their powers and paid the price. Sometimes the family scatters. Often they are drawn back together after tensions have cooled.

Recently, ClanDestine reunited to defeat the evil spirit of the deceased Victor. This X-Men crossover comic is the last we’ve seen of this group in the comics. After the events of Ms. Marvel, we have to wonder when — if at all — they will return to current continuity.

The Djinn want to reclaim a bangle that will help them open a door back to Noor. Kamala Khan possesses that bangle, as well as the ability to channel the Noor into a type of light energy. This energy allows Kamala to “embiggen” her body and extremities, as well as create crystalline spheres and shields.

At the end of the show, the ClanDestine return to their home world. Only Kamran is left behind on Earth-616. Joining with the Red Daggers, Kamran goes into hiding while Kamala continues her heroic activities in New Jersey. We don’t know yet if we’ve seen the last of the Djinn. But one part-Djinn in particular, Kamala Khan herself, will return to the MCU in The Marvels.

Are you familiar with Marvel’s ClanDestine and Djinn? Discuss these characters and comics with other fans in our Local Comics Society Facebook Group, and don’t forget to Let Your Geek Sideshow!