Once upon a time, your round saucer eyes were transfixed on wondrous animated worlds. Your breakfast buddies were heroes, villains, sidekicks, and animals designed and drawn to keep you company. And maybe now you’re missing those days spent captivated by the television screen!

Well, we invite you to revisit those times. That’s why we’ve made a list of classic cartoons to really hit home on all that nostalgia. So line up your faves and grab a bowl of sugary cereal this weekend for a memory lane marathon! 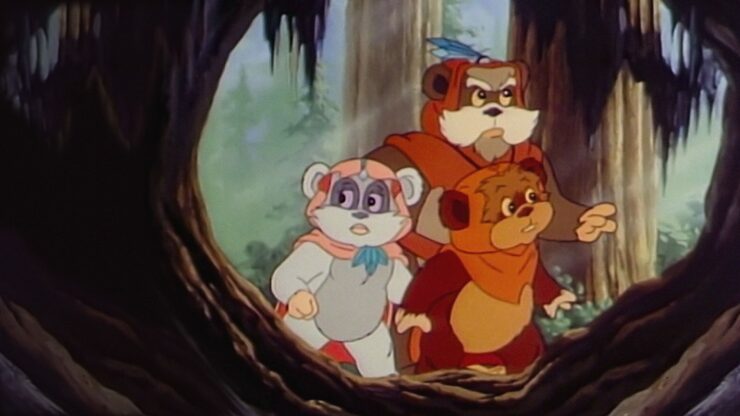 Star Wars: Ewoks™ (1985 – 1986) is a sweet sci-fi series exploring Wicket W. Warrick’s™ life before the events of Star Wars Episode VI: Return of the Jedi™. He and the other young Ewoks™, including Princess Kneesaa™, get into heaps of mischief. But they also help their tribe, and are little warriors when they are needed. The show is a heartwarming exploration of another species’ life in our beloved galaxy far, far away. 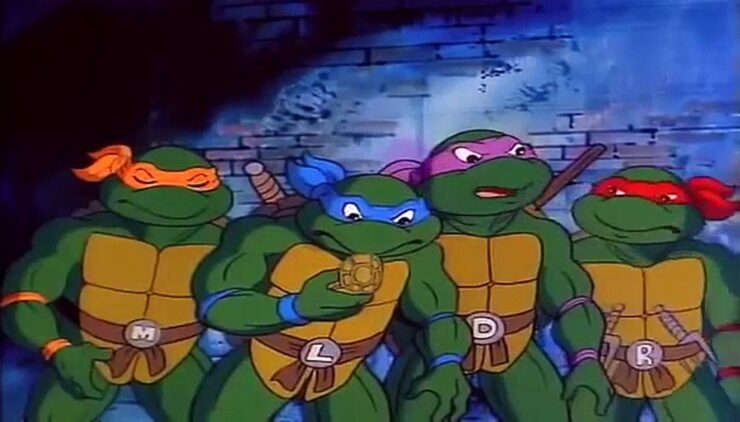 Obsessed with these four turtle bros? Shell us about it! Teenage Mutant Ninja Turtles (1987 – 1996) helped launch Donatello, Raphael, Michelangelo, and Leonardo to stardom. Set in NYC, the original TMNT series is packed with action, adventure, and plenty of pizza — the three staples in life, TBH.

Scooby-Doo, Where Are You! 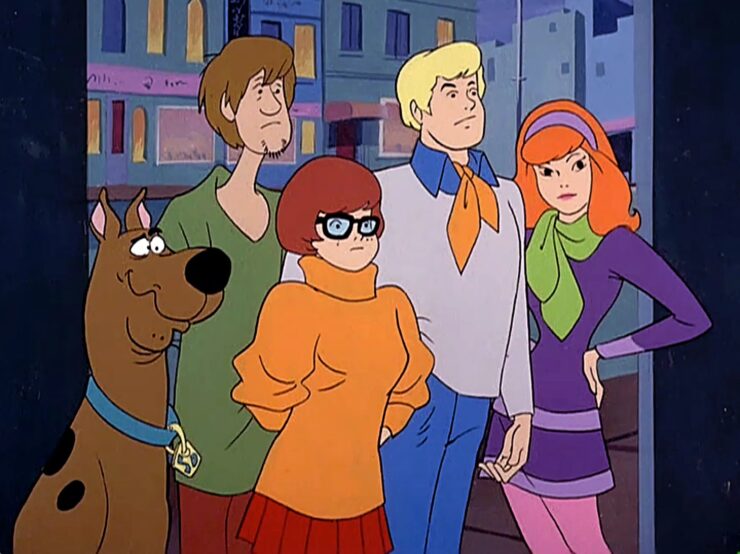 We have a mystery to solve: Why aren’t we all watching this show right now? Scooby-Doo, Where Are You! (1969 – 1970) is the very first incarnation of a comedy franchise that spans decades. As the viewer we unwrap spooky mysteries with Shaggy, Scooby Doo, Daphne, Velma, and Fred. Not only are they entertaining detectives, but the team dynamics are hilarious and lead to the best hijinks. So grab a box of Scooby Snacks and get to watching! 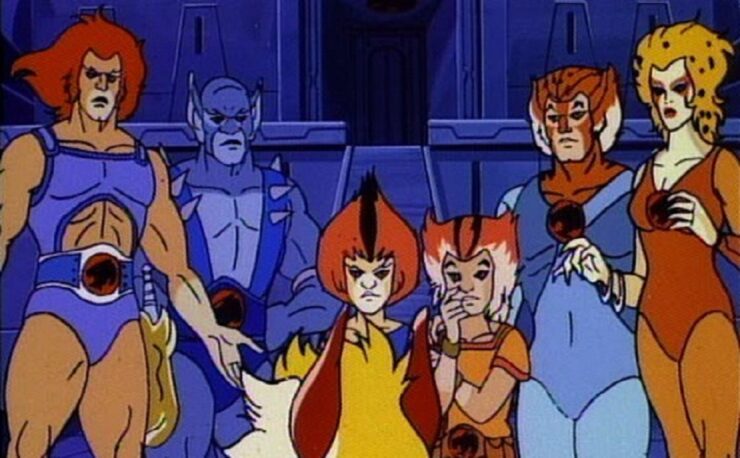 Let’s take a trip to Third Earth! ThunderCats (1985 – 1989) is sci-fi fantasy show with a classic good-vs-evil plot. It follows a family of nobles from the planet Thundera who are forced to flee their home and journey into unknown territory. If you haven’t seen ThunderCats, you should catch up. Adventures in space with cat-like humanoids are exactly what every cartoon fan needs. 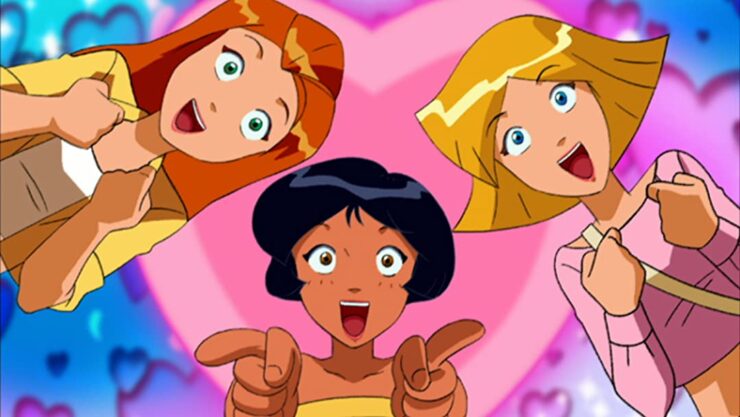 California girls who dabble in espionage? We’re like, totally down for this. Set in Beverly Hills, Totally Spies! (2001 – present) revolves around three undercover agents who are also glamorous, bubbly teens. Throughout the show they navigate their national duties alongside the trials and tribulations of high school — and later, college. Watch for the fun premise and stay for the laser lipstick. 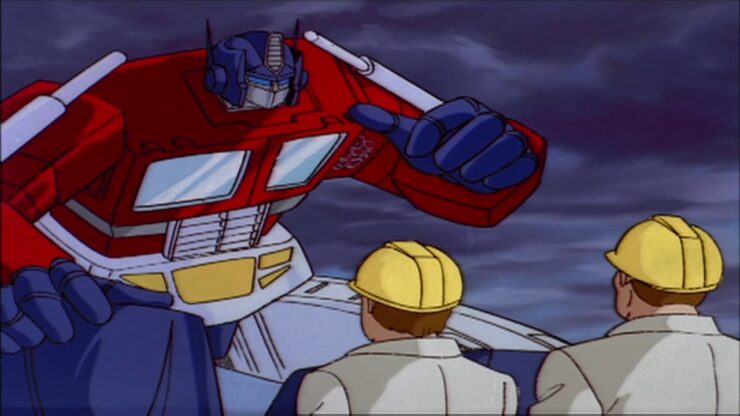 Hasbro fans, roll out. Inspired by toys of the same name, The Transformers (1984 — 1987) shows us the never-ending battle with Autobots and Decepticons. This giant alien species can transform into vehicles at will, and uses this ability to blend in on planet Earth after crash landing there. Their goal is to get back to Cybertron, and you should watch the series to see if they finally make it home.

Jem and the Holograms 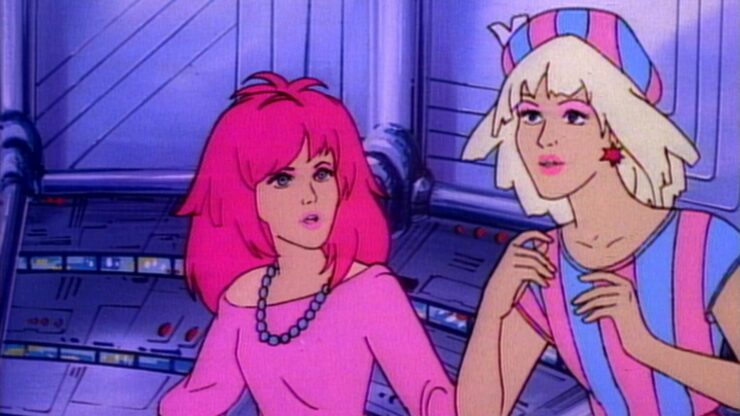 If you’re more into musicals than action heroes, we recommend Jem and the Holograms (1985 – 1988). Dazzling, dreamy, and full of dancing, Jem is all about a singer and her rock band. While she isn’t managing her record store, Jerrica Benton is up on stage slaying as Jem with the help of a holographic computer. You’ll be hooked by the drum beats and emotional beats alike. 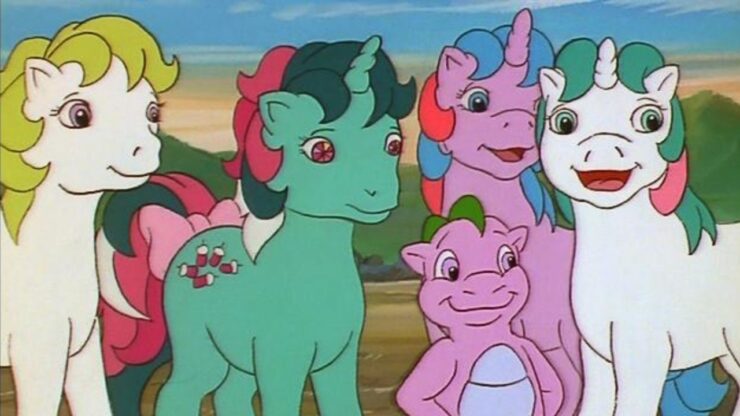 Friendship is magic. And so is this show. My Little Pony (1986 – 1987) takes place in the magical Ponyland. Here everyone is friendly and good. It’s a nice place to lose yourself in. Just don’t wander too far into the whirlwind of colors and confections, or else the witches, goblins, and trolls might get you…

He-Man and the Masters of the Universe 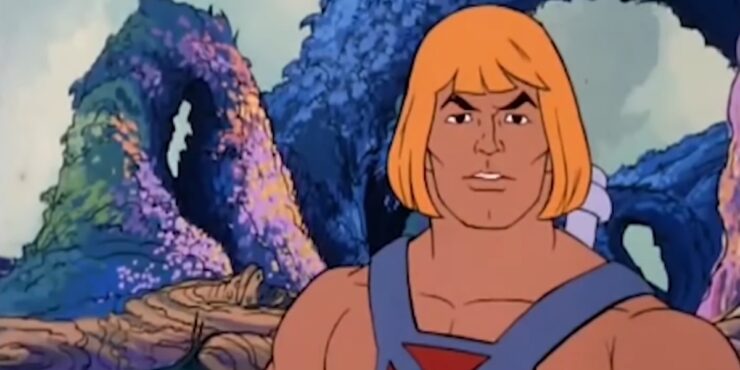 You have the power … to go binge He-Man and the Masters of the Universe ( 1983 – 1985) right now. Travel with us to Eternia, a mythical realm with a young prince named Adam. Bravely wield the Sword of Power and transform alongside Prince Adam into He-Man, who will fight courageous battles against his archnemesis Skeletor. By Grayskull, this is the best way to spend your Saturday morning.

We also asked the Sideshow staff to select their favorite childhood cartoons — and give a little reasoning, of course. Check out their answers below. 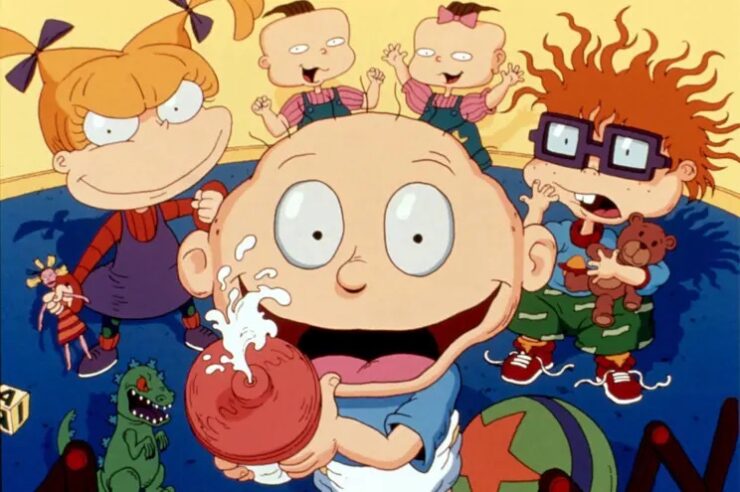 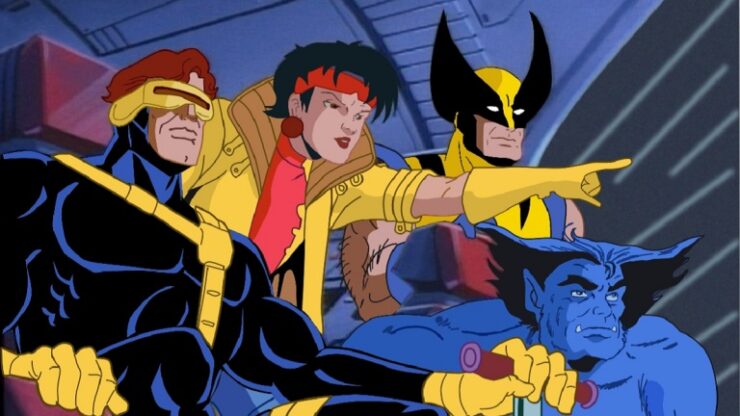 What are some of your favorite classic cartoons? Share the love — and the nostalgia — at side.show/geekgroup, and don’t forget to Let Your Geek Sideshow!