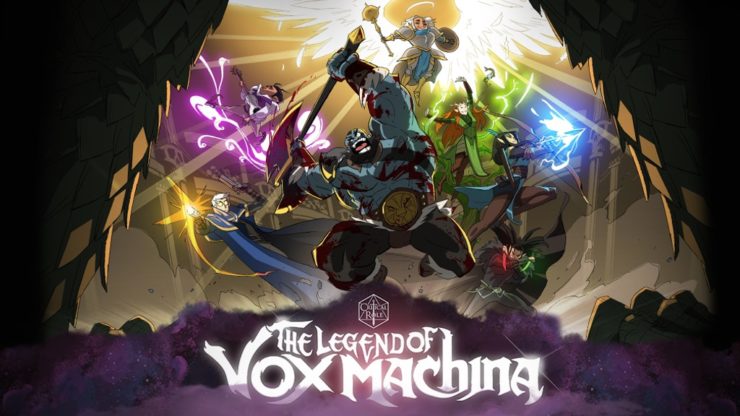 A new Dungeons & Dragons-inspired animated series, The Legend of Vox Machina, is coming in 2020 thanks to the record-breaking success of Critical Role’s Kickstarter campaign, which is still in progress. The campaign currently ranks at #9 on Kickstarter’s list of the most-funded projects of all time, and already is the most-funded film project by a margin of more than $2 million.

A “Critter” Call to Arms

It all started with a teaser image written in a mysterious cipher, posted by Critical Role’s official social media accounts on February 21. The date “March 4, 2019” was given in the image, ostensibly allowing the show’s loyal fans, known as Critters, more than a week to puzzle over the image and try to break the code.

In retrospect, what happened next foretold the fate of the whole endeavor. A mere 20 minutes after the teaser image was posted, a fan had already cracked the code and posted the solution to the cipher. The message spelled out, “Help us animate Vox Machina.” 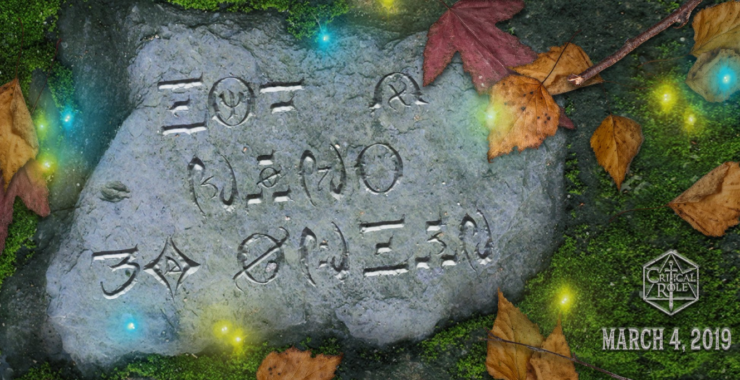 For the uninitiated, Critical Role is a streaming web series in which, “a group of nerdy-ass voice actors sit around and play Dungeons & Dragons,” according to the show’s weekly intro by dungeon master Matthew Mercer.

The show began as a continuation of the actors’ long-running home game featuring the adventuring group known as Vox Machina. Since its humble beginnings on the Geek & Sundry Twitch channel in March 2015, Critical Role has grown into a massive hit.

The Vox Machina game campaign concluded in November 2017. A second campaign launched in January 2018 and continues today, following the exploits of a new adventuring party known as the Mighty Nein, with the same cast of actors playing new characters.

Each episode, which airs on Thursday nights and typically lasts between three and five hours, is watched live by approximately 30,000-40,000 viewers and ultimately receives about a million views on Twitch and YouTube. 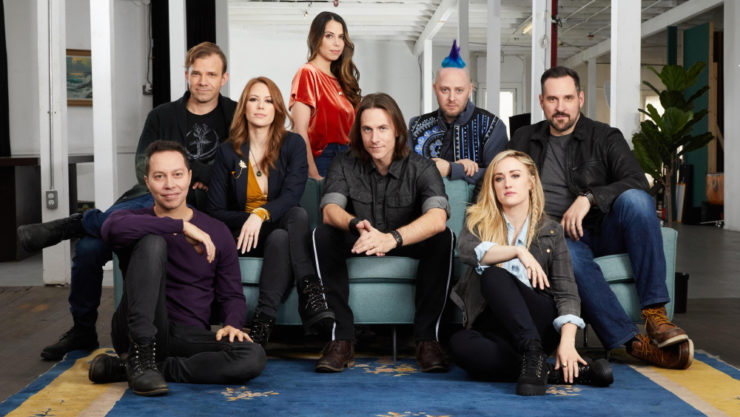 The Kickstarter launched on March 4, with an ambitious goal to raise $750,000 in 45 days to produce a 22-minute animated special depicting an adventure from Vox Machina’s early days before the streaming show began. The cast and crew were hopeful about its success since Critters are known to donate generously to charities chosen by Critical Role’s cast such as 826LA, the Pablove Foundation, and Operation Supply Drop.

Behind the scenes, stretch goals were planned at multiple intervals up to $3 million, which would provide enough funding to produce four 22-minute episodes. However, just as with the cipher, they quickly learned that they had underestimated the enthusiasm of the global Critter community.

The initial $750K goal was reached in about 40 minutes after campaign launch, and broke the $1 million mark in under an hour. By the time cast members Travis Willingham, Matthew Mercer, and Marisha Ray sat down that evening for an impromptu streaming Q&A about the Kickstarter, donations already had topped $3 million. The stunned, giddy cast conceded that they were completely blown away by the response, and needed a few days to create higher stretch goals. 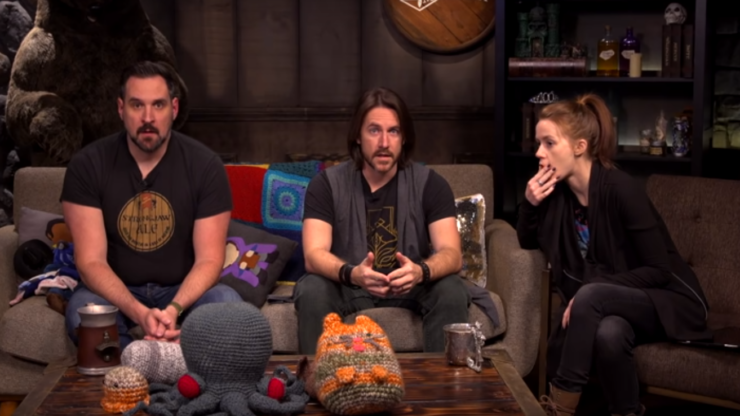 When the new stretch goals were announced, fans were energized. More episodes could be produced with each goal reached, officially turning the planned special into an actual series. If the final stretch goal of $8.8 million is reached by the campaign’s end at 11:59 p.m. PDT on April 18, 2019, a total of ten 22-minute episodes of the animated series will be produced.

At the time of this article being published nearly $8.4 million has been raised with support from nearly 62,000 individual backers, with more than two whole weeks left in the campaign. This is currently enough to produce eight episodes, and the total keeps climbing at a pace which appears to put the $8.8 million goal within reach.

The Legend of Vox Machina Comes to Life

The first two 22-minute episodes of The Legend of Vox Machina will feature the prequel story originally planned for the initial funding goal. The remaining episodes will adapt the fan-favorite Briarwood story arc, first featured on the streaming series. The story sees Vox Machina face off against Sylas and Delilah Briarwood, villains who killed an entire royal family and seized the land they governed for their own sinister purposes, not realizing that one of the nobles survived to become Vox Machina’s own troubled gunslinger, Percival de Rolo III.

Veteran animation writer Jennifer Muro will script the series, having herself been inspired by the 1980’s Dungeons & Dragons cartoon series. Muro is currently best known for her work on the Star Wars: Forces of Destiny animated series. (To learn more about Jennifer Muro’s career, geek interests, and more, listen to her guest episode of the Let Your Geek Sideshow podcast Sideshow’s Side Show with Jeff May!)

Titmouse Animation, a studio with production credits including Disney’s Star Wars: Galaxy of Adventures and Adult Swim’s The Venture Bros. and Metalocalypse, will provide the animation. The Legend of Vox Machina series begins production this summer for an expected release in Fall 2020.