Now that season 4 volume 2 of Stranger Things has been released, there’s a lot to process — deaths, thumps, guitar solos, and even pizza dough. Of course, we knew certain moments would happen, like Eleven regaining her powers and dangerous returns to the Upside Down. But some moments from these last two Stranger Things episodes really made us feel like we’d been Vecna’d ourselves!

Volume 2 consists of Chapter 8, “Papa,” and Chapter 9, “The Piggyback.” It all came together in the exciting second volume, so keep reading for a rundown of everyone who died in Stranger Things season 4, as well as some of the biggest moments for The Party. 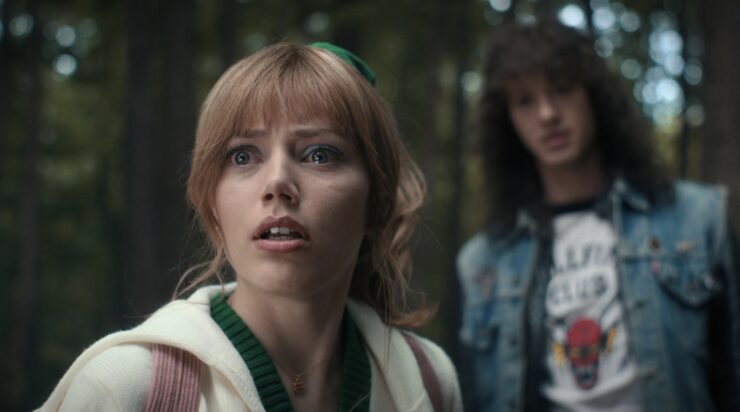 This season’s big bad monster from the Upside Down, Vecna, is easily the most terrifying villain The Party has faced. Vecna establishes himself as a haunting presence in both dimensions. He hunts his victims by using their trauma against them, preying upon their sense of reality until it’s time to strike.

Vecna seeks four victims in total. His first three victims — Chrissy Cunningham, Patrick McKinney, and Fred Benson — are all peers of The Party, people they know from school, which makes Vecna’s terror all the more real. 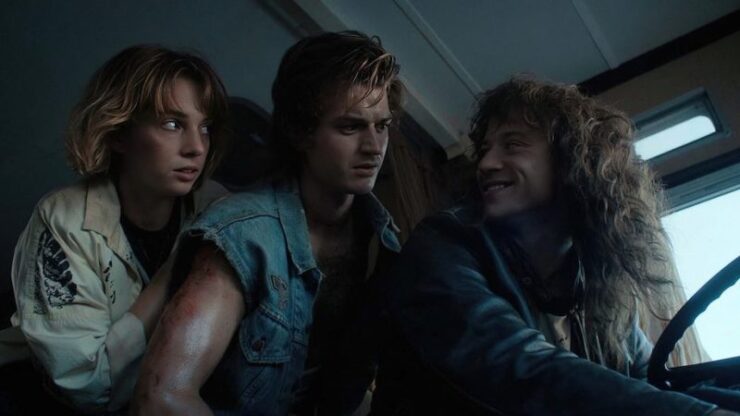 Let’s just rip the Band-Aid off. Eddie Munson — the headbanger with a heart of gold who won us over right from the start — gave his life to die a hero’s death in the Upside Down. His death was the final act of a short-lived but wonderful character arc. When we first met Eddie, the school weirdo, some might have described his personality as too much or even a bit off-putting. But over the course of nine episodes, Eddie won everybody over.

Like Robin, he brought humor and heart to The Party. He went from overbearing Dungeon Master to protector of Dustin and ally of Steve. 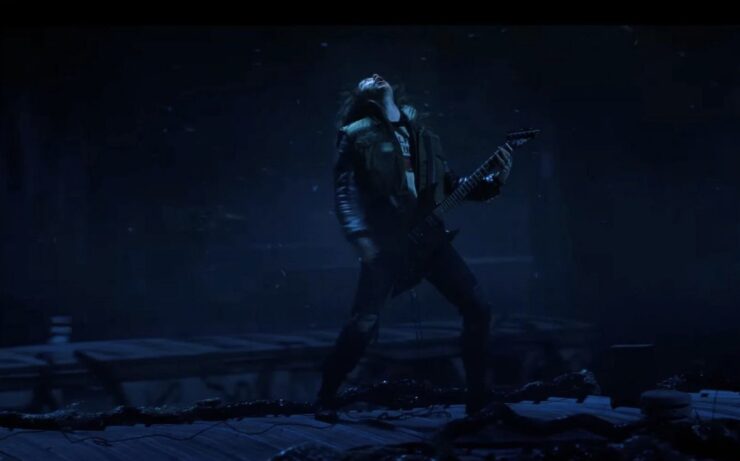 Unlike Steve, however, Eddie doesn’t immediately see himself as the hero. When confronted with Vecna’s horrific murder of Chrissy, Eddie flees. By the end of volume 2, Eddie has found his courage, inspired by the other members of The Party.

At the beginning of Chapter 9, Steve tells Eddie “don’t be a hero” when they get to the Upside Down. He means this as a warning to stick to the plan because he doesn’t want to lose him. But Eddie sees his chance to redeem himself and his final act of heroism is an epic Metallica guitar solo followed by a heartbreaking sacrifice. 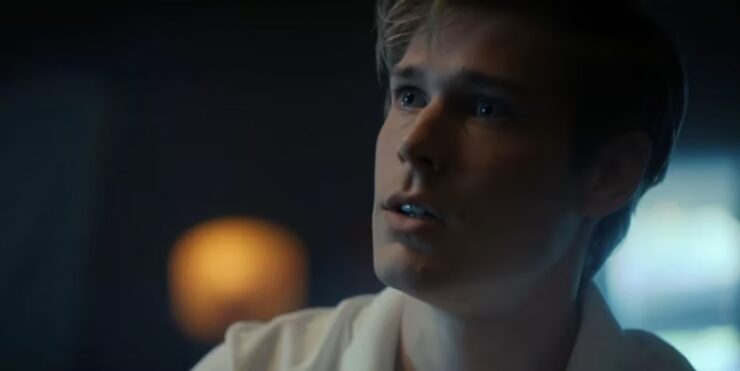 On the other hand, there’s Jason Carver. After an entire season of hunting Eddie to avenge Chrissy’s death, Jason attempts to interrupt Max and Lucas as they confront Vecna in the Creel house. Once the explosive gates of the Upside Down are opened, Jason is ripped in half.

Did Jason’s death make literally anyone sad? No? Didn’t think so. Moving on.

This one’s technically a technicality, since Max was dead for a minute but then revived thanks to Eleven. From the beginning of this season, we saw Max struggle with her grief and guilt over her step-brother Billy’s death. She pulls away from her friends, and even from Lucas.

With renewed purpose in the fight against Vecna, Max finds her footing again. Slowly, Max confronts her guilt and she even shares a few cute moments with Lucas, especially when they pass notes by the blue lanterns. We see Max’s strength return as she volunteers to lure Vecna back in, despite the danger of being marked as his next victim. Though Max’s death isn’t permanent, the effects of her brush with Vecna will have a lasting impact. 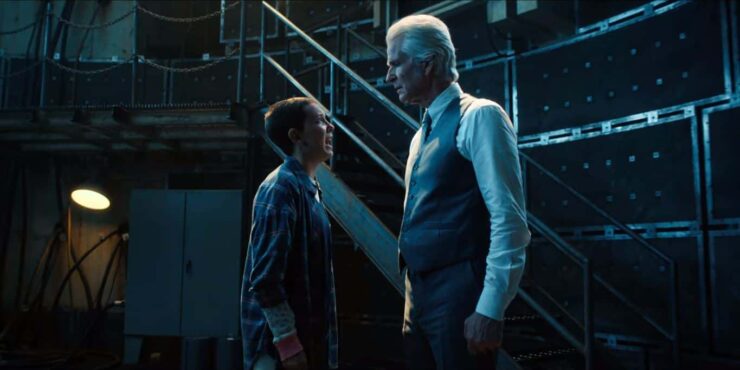 After three seasons of El struggling to understand her past and her powers, she finally gains much needed closure about The Nina Project and Papa. Throughout volume 1, El battled with her loyalty to Dr. Martin Brenner, the first father figure she ever knew, and the ever-present reality that he was merely using her. Ultimately, Brenner reveals he is truly evil at his core after gaslighting Eleven repeatedly and betraying her trust. When Brenner stabs El with a sedative for the final time, she sees him for what he is: the true monster of the story.

Following the invasion of the underground lab, Brenner is shot during the escape. Despite the pain he caused her, this moment is still difficult for Eleven. She holds his hand in hers as he’s dying but when he asks her for forgiveness, she remains silent. She doesn’t give it to him. And why should she? She drops his hand, saying nothing even when he begs her to say she understands. She might understand but she also knows he doesn’t deserve that closure. Maybe even more so than the return of her telekinesis, Brenner’s death is the return of El’s power. 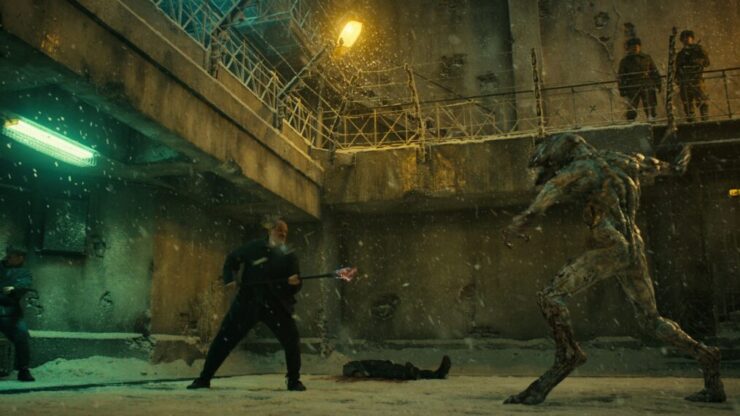 In addition to all the human deaths, season 4 also showed plenty of carnage against the denizens of the Upside Down. Within the Russian prison, Hopper faced off against a Demogorgon, using fire to win the tense duel. At that same prison, we also saw an alarming amount of baby Democreatures suspended in vats. Could these be used later by Vecna during his inevitable return?

Speaking of Vecna, before his body is incinerated by Nancy, Robin, and Steve, the villain taunts Eleven. With an ominous tone, he tells her that she and her friends might think they’ve won but this is only the beginning. Already, Hawkins has been torn apart by the Upside Down so he’s definitely not bluffing.

Season 4 of Stranger Things left us with plenty of cliffhangers to keep us guessing until season 5 comes around. It was a long journey of nine episodes that left us laughing, crying, and running from grandfather clocks.

Which death hit you in the feels? Join the conversation alongside other Stranger Things fans in the Let Your Spoiler Sideshow Facebook Group, and don’t forget to Let Your Geek Sideshow!