It’s that time of year again! ’Tis the season for Santa Claus to pack up his sleigh and deliver presents to all the people around the world.

Well… maybe not everyone. You see, like any super exclusive club, you’ve got to be on the list to get through the door. The Nice list to be exact, and those chosen few that have their names etched on its fine threaded parchment are guaranteed to have a fruitful holiday season full of gifts from the jolly elf in red. (Say that 5x fast!)

But, as you are no doubt aware, there are in fact two lists, and standing in contrast to the above mentioned Nice is the terrifyingly dreadful Naughty list. This list is reserved for all of those bad boys and girls who don’t feel the need to play by the rules, and intentionally (or sometimes unintentionally) cause grief and strife.

Now, for the first time ever, Santa has given Let Your Geek Sideshow a sneak peek at a few of the names on each of his lists for 2018! Which list did some of your favorite characters from 2018 Pop Culture end up on? The answers may shock you (Also… spoilers ahead).

While Shuri may have a smart mouth to match her sizable intellect, it is all in good fun and the princess of Wakanda is loyal and true to her friends, family, and countrymen.

She is deeply dedicated to her people, and uses her incredible skills to develop ground-breaking new technologies that simply improve the quality of life for everyone in Wakanda.

The mad titan murdered half the universe with the snap of this fingers (except for plant life… maybe? Does Groot count?).

This is in addition to an already monstrous list of horrendous actions ranging from genocide to filicide. It’s no wonder Thanos is at the very top of the naughty list. 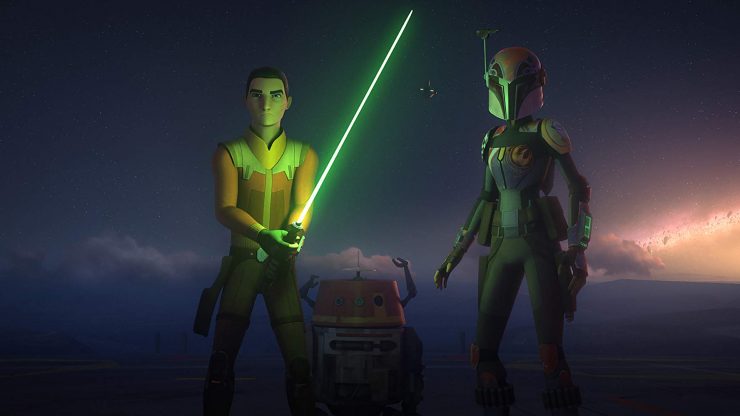 After witnessing the sacrifice of his mentor and friend, Kanan Jarrus, Ezra could have easily fallen to the dark side. Instead, he used the sad event to push himself and he continued his quest to free his home planet, Lothal, from the grip of the evil Galactic Empire.

He succeeded by helping lead a small group of rebels in defeating the cunning Grand Admiral Thrawn (though he did get an assist from some cosmic space whales).  To top it all off, he managed to save Ahsoka Tano from certain death at the hands of Darth Vader.  Now all Santa has to do is find him. 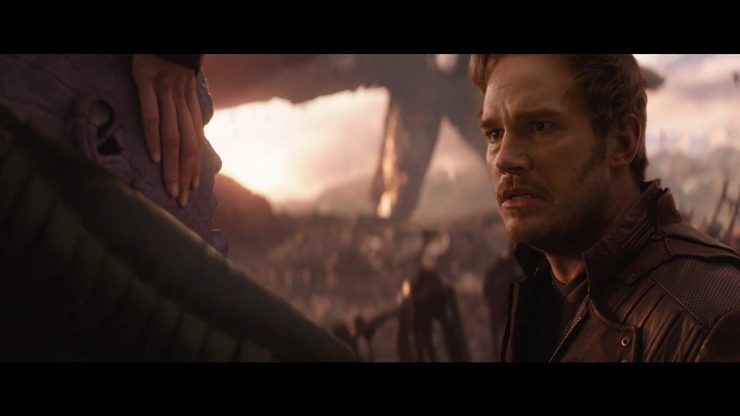 He knows what he did… 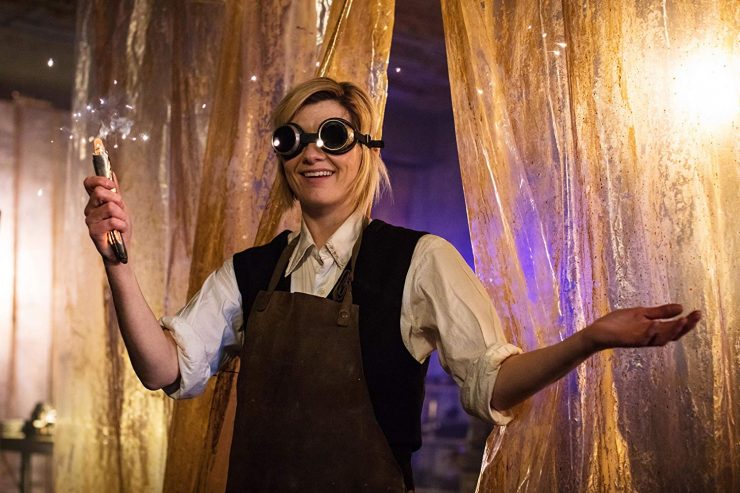 Saving the galaxy just comes naturally when you are a near-immortal time traveler with a penchant for getting into sticky situations. But that is exactly what she does.

The Doctor saves the galaxy from harm when no one else can, and does it with the excited energy and inquisitive nature of a crazy college professor who is way too into their own course of study. Come along, and you may learn something.

A drastic change from previous years, Luke Cage has fallen off the Nice list and super-hero landed with both feet squarely on the Naughty list. Seemingly out of options, the hero for hire felt that the only way he could take the fight to the crime syndicates in Harlem was by joining them.

After Mariah Dillard’s death, Luke took control of her business dealings and operations… even the ones that were not on the up and up. These actions, plus a few others, land the Hero of Harlem directly on to the naughty list this year.

A sentient AI able to answer any question, teleport anywhere, and conjure up anything with her vast and unending magical science powers, Janet is like Siri, only way forking better.

She is kind, strong, and has saved her friends from going to The Bad Place more times than can be calculated… unless you are a Janet, and then you know exactly how many times, down to the last decimal place. 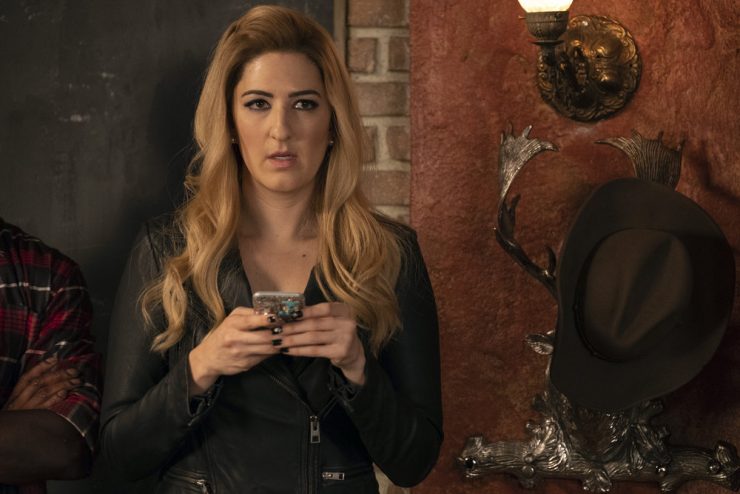 Lives by the motto of his Aunt Lucy, “If we’re kind and polite the world will be right.”

Also makes one mean marmalade sandwich. Be like Paddington. 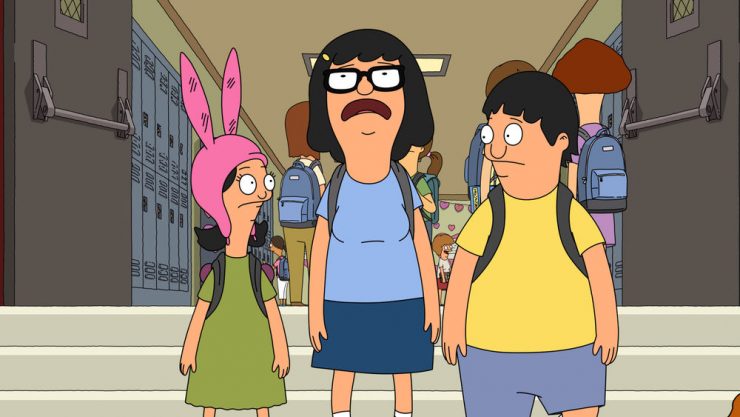 An odd choice, but this year Tina has done some things that can only be quantified toward the naughty list. She dressed as a boy to break into a Boys 4 Now open audition, ran a promising small business into the ground because she didn’t want to share snacks, and helped cheat an arcade out of thousands of prize tickets.

On top of that, she didn’t do her half of the school science fair project.  Oh, Tina, you rebel.

She was going to end up on the naughty list, but then she saved a whole building full of orphans from a rampaging Juggernaut.  That’s like, extra bonus nice list points.

Also, knowing Domino’s luck, each of those kids probably found twenty dollars in their pockets the next day.

Oh boy, where to begin?  Committed murder, performed necromancy, and signed her name in the Book of the Beast.

And she seemed like such a nice girl too …

Unable to stand the sight of others like her being pressed into service or abused, L3-37 will fight for the rights of every droid across the galaxy.

Quick-witted and sassy, L3 also has a soft spot for Lando Calrissian, and anyone who has the patience to put up with that con man has to have a kind heart… er, circuit board.

Seriously? Do you have to ask? Are the piles of bodies left behind from everywhere he goes not reason enough?

There aren’t enough words in this article to list the number of horrible actions and crimes he has committed across various films, comics, video games, etc. His name is Deadpool for crying out loud! Only a fool would ever think he could be on the…

Wait… wait… okay… this is weird. How can one guy be on both lists? Well, we suppose he did save Firefist from becoming a villain, which in turn changed the future to save Cable’s family from being slaughtered.

And even though he then stole the glowy-eyed mutant’s time machine, he did use it to save the love of his life and his X-Force team from certain death, not to mention he took the time to delete some… let’s just say strange cinematic choices from history.

So, that’s just a sample of Santa’s lists that we saw this year. Who else do you think made it onto the naughty and nice lists this year and why?

Let Your Geek Sideshow and tell us in the comments section!