The True Comic Book History of Professor X and Legion

FX and Noah Hawley (Fargo) are back with the greatly anticipated Season 3 of Legion. The season premiered on June 24 and so far it’s been trippy to say the least. The show picked up right where season 2 left off. David is still seen as the most fearsome villain in the world, especially in Syd’s eyes. Here he is in the hallucinatory age of the ‘60s or ‘70s (we really have no idea because Hawley has been purposefully vague about the timeline) and leads some sort of hippie commune where his people inhale drugs out of a giant pig—you gotta love the absolute absurdity of the show.

David enlists time traveler Switch to help him solve his problem. Season 3 is all about David going back in time to stop himself from ever becoming the bad guy. That’s what’s ruined everything for him, the fact that people see him as the villain and not a victim of Amahl Farouk, the Shadow King. He’s the victim, not a villain!

Of course, that’s the whole gist of it and I mean that is pretty cool but us X-Men fans can’t help but be distracted by one thing: Professor X! We all know this has been a lead up to Legion’s dad and Marvel’s number one badass baldie.

We finally saw a young Charles Xavier in episode 3 and we are here for it. So, in honor of FX’s version, let’s divulge in the true comic book history between father and son, Professor X and Legion. We’ll uncover the real history of the two telepathic Alpha-Level Mutants.

Keep reading to see the comic history between of two of the strongest and most complex telepath mutants in Marvel history. 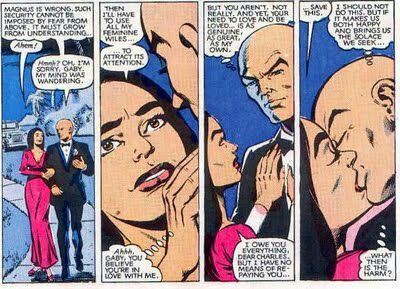 David Charles Haller’s family history begins in Israel when his future father, Professor X, takes a trip to a mental institution to aid trauma survivors by using his telepathy to soothe their minds. Here he meets David’s mother, Gabrielle Haller, who is in a catatonic state from the horrors she lived through.

In usual Charles Xavier fashion, which includes always being ready to help those who are mentally suffering, he helps Gabrielle recover. This time, though, the two fall in love and eventually conceive our little Legion. But the story isn’t without tragedy, even at the start. Gabrielle does not tell Charles about their son and when he leaves, he leaves without ever knowing he has a son. 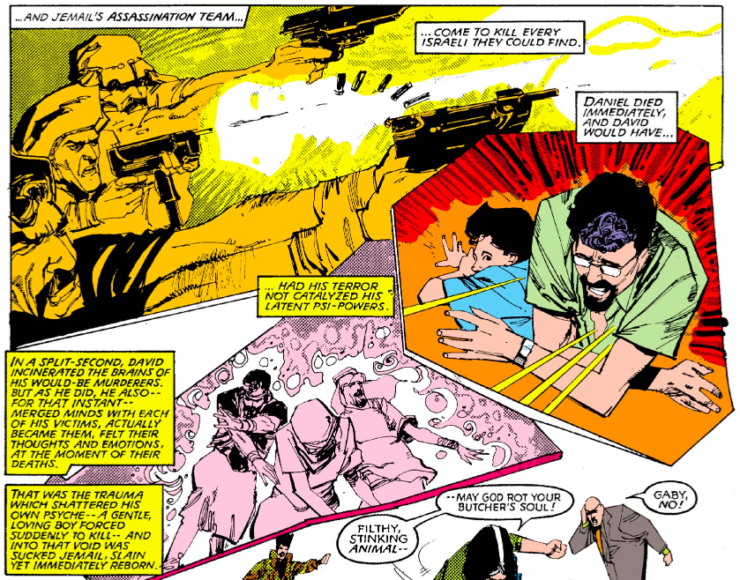 So, what happens after Xavier leaves? Tragedy strikes again. This time it’s in Paris. A terrorist assassination team sets out to kill all Israelis in the country. At this time, Gabrielle is Britain’s Israeli ambassador, making her a significant target for the group.

Even more surprising than all of this is David’s utter lack of powers. It’s not until after the attackers murder his step-father that David’s latent powers become activated by the terror. In a single moment, he incinerates them but in that moment of death, he also absorbs them mentally.

This is the origin of the Legion we all know and love, similar to FX’s and Hawley’s version: telepathically strong, unstable, with multiple personalities, and unable to tell what’s real and not.

Professor X Finally Finds Out About His Son 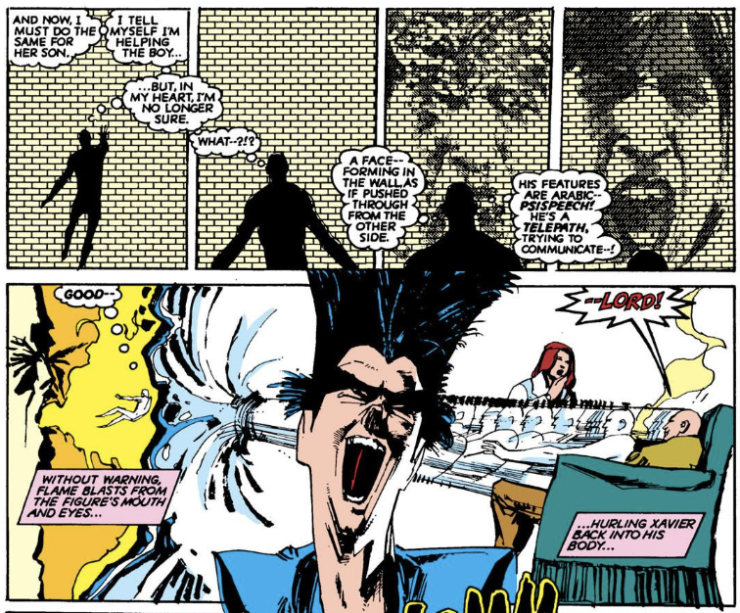 The attack leaves David in a catatonic state, similar to his mother after the war. It’s strange to think that all this happened and Professor X was none the wiser, but the mutant man able to get into anyone’s head is really clueless when it comes to his family.

It’s not until he forms the New Mutants that Charles finally (finally!) meets David on Muir Island, although, it’s not necessarily a happy reunion. Dr. Moira MacTaggart calls her longtime colleague to help understand what she thinks is an autistic mutant⁠ (older comics are not exactly up to par on mental illnesses) and so the father unknowingly enters his son’s mind. He also thinks David is an autistic mutant. How wrong he is.

Within David’s mind, he learns that the boy is actually his son and his multiple personalities call themselves Legion, with each controlling a certain mutant power. Haller has over 1,000 personalities, with access to powers of telepathy, pyrokinesis, reality warping, omniscience, and even time travel. 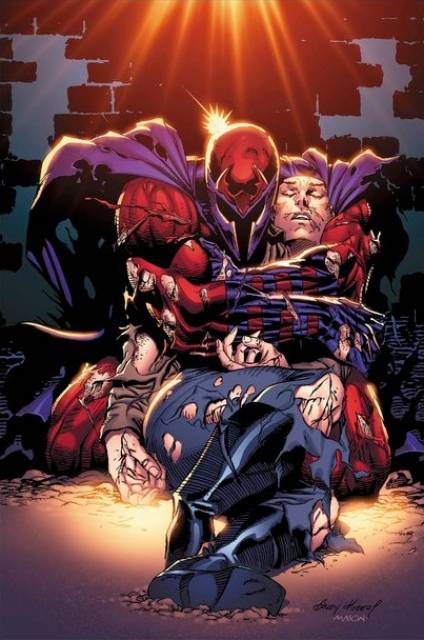 In Ramsay Bolton’s words, if you think this has a happy ending, you haven’t been paying attention. Charles and David don’t necessarily have the worst father-son relationship in the Marvel Universe, but it’s definitely not the best either.

At their best, David strongly disagrees with Charles’ X-Men. He is pessimistic and skeptical, truly disliking how his father trains these young mutants to go off into battle. At their worst, Legion kills his father. That’s right; we’re talking about Legion Quest.

The Age of Apocalypse six-part crossover event is one of fans’ favorite Professor X and Legion moments. In this X-Men crossover event, Legion actually has pure intentions. He wants to make his father proud and help him achieve his ultimate dream: a world where mutants and humans coexist in peace. He decides the one true obstacle getting in the way of his father’s dream is his father’s longtime friend/enemy, Magneto.

Of course, Legion’s plan goes south and, like all good comic storylines, it results in death. All he wanted to do was make his papa proud, but in an attempt to kill his father’s opponent, he actually killed his father. Thus, begins the alternate universe of Age of Apocalypse.

Still trying to do the right thing, Legion corrects the timeline but this time it’s he himself who gets erased from existence.

The relationship between these two is complicated!

Are you watching Legion Season 3 on FX? What do you think of this complicated mutant and his history with Professor X? Let Your Geek Sideshow and tell us in the comments below!

Uncharted Territory: Where Should Marvel Movies Go Next?