Welcome to the early 1990s, where dozens and dozens of characters were created to accommodate the era’s comics boom happening at the time. Before that bubble burst (and burst it did… hard), writers and artists were throwing everything at the wall in hopes of creating characters that would resonate with readers and remain fan favorites in the years to come. Sadly, not many did, and most are now forgotten footnotes living in the dollar back issue bin at your local comic shop.

There were a few, however, that managed to grab and grow a strong fan base, ones that would come back each month to read the further adventures of their new favorite hero. And while these characters may never be as instantly recognizable as The Hulk or Spider-Man, their fans are fiercely loyal and do everything they can spread the love to other potential readers.

This week’s super-hero spotlight is someone who held on through the 90s and recently made his way to the big screen in Deadpool 2. We, of course, are talking about the time-traveling, glowy-eyed, mutant messiah, Cable. 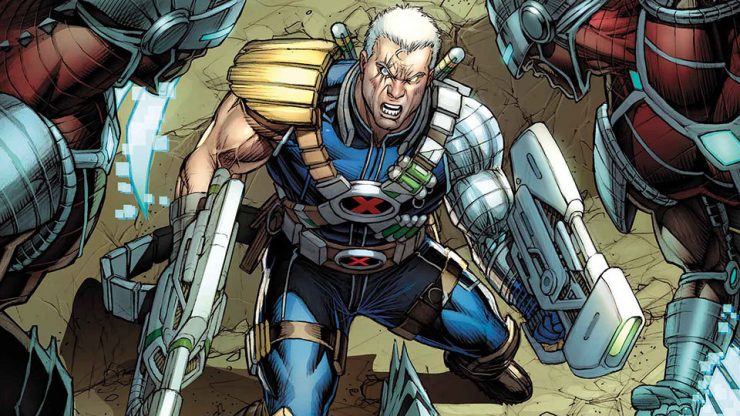 Strap yourselves in because this one is a doozy…

Nathan Christopher Charles Summers is the son of Scott “Cyclops” Summers and a woman named Madelyne Pryor, who just so happens to be a clone of the then deceased Jean Grey (she tends to do that). However, after learning that she was a clone, and after Scott leaves her to be with a recently resurrected Jean Grey (she tends to do that too), Pryor goes mad, makes a deal with a demon, and tries to sacrifice baby Nathan. She is stopped by the X-Men.

However, soon after that mess, we learn that Pryor was created by Mr. Sinister for the sole purpose of having a child that he could then mold and groom to destroy his master and maker, Apocalypse. Apocalypse, upon learning of the plot, infects baby Nathan with a techno-organic virus in an attempt to kill him.

Believing Nathan to be “The Chosen One” who will finally destroy Apocalypse for good, a clan called the Askani offers to take the baby through time to the far future where he has a better chance of surviving the virus and will be trained for the upcoming war. Unable to see any other option for the child’s survival, Cyclops reluctantly gives his son to them.

Growing up in the future, Nathan is deemed to be the Askani’Son, defeats Apocalypse, and settles in to live happily ever after… until his own evil clone, Stryfe, kills his wife and escapes to the past. Not one to take that kind of thing lying down, Nathan pursues his clone back to the era where he was originally born.

Here he meets the X-men, defeats Stryfe (he’ll be back), forms the first incarnations of X-Force and The Six Pack, and puts up with Deadpool’s shenanigans. He takes the name, Cable, as a metaphor to signify his link between the present and the future.

Did you get all that? Okay, because that is just the gist. I left out a bunch of stuff you’ll just have to go learn about on your own. (IE: The Askani being led by his alternate-reality half-sister Rachel, the whole Slym and Redd Dayspring thing, and so on and so on… Seriously, we would be here all day.)

Cable is one of the most powerful mutants on the planet, or at least, he would be if he did not have to use his powers constantly to keep the techno-organic virus in check. Without the virus, Cable would have telepathic powers possibly greater than Charles Xavier, and telekinetic abilities that would rival Jean Grey.

But without his powers holding the virus at bay, the disease would consume him and turn him into a living machine.  Even now, a good portion of his body is more machine than man, including his left arm and right eye (not the glowy one). Though it is a curse, his mechanical parts do give him a degree of super strength and other abilities such as enhanced eyesight.

Nathan is also a superb soldier and proficient in most weapons of war. He is usually seen packing huge guns, bigger than any normal person should be able to hold, which he wields with a marksman’s accuracy. 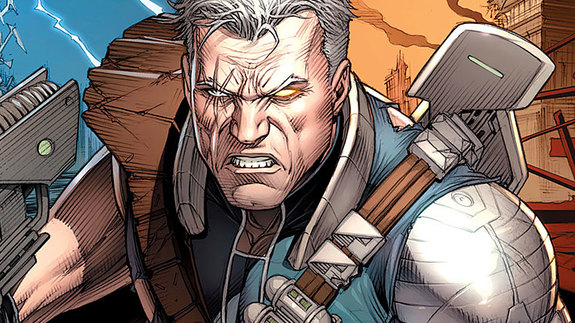 When Cable first debuted, he was not intended to be the son of Scott Summers and Madelyne Pryor. He was just supposed to be a new bionic, time-traveler character created to be a leader for The New Mutants. It was determined later to merge Cable’s story with the ongoing drama surrounding baby Nathan that was happening over in the X-Factor comic.

As mentioned before, Cable just made his big screen debut in Deadpool 2, as played perfectly by Josh Brolin.

He also has his own self-titled Marvel comic, but sadly, it was recently announced this series would be ending in July. Still, you can’t keep a good “Chosen One” down, and I’m sure Cable will be in some new titles soon enough. Maybe in this fall’s Marvel relaunch?

Plus, if you want to read more about Cable’s past comic adventures, you have a wealth of awesome trade paperbacks to choose from!