When fans think of the heroes of the Marvel Cinematic Universe, they think of super soldiers, gods, and individuals wielding high tech suits with the courage to back it up. With intergalactic battles and larger than life stakes, it is easy to overlook how Marvel’s super heroes became who they are.

In honor of Mother’s Day, we are celebrating the unsung heroes of the Marvel Cinematic Universe: the women who raised the heroes of the MCU. Here are our top 10 moms in the MCU.

While Tony and Morgan’s relationship is the focal point of the idyllic life the Potts-Stark family has created at their lake house, viewers can also assume that Pepper is a fantastic mom. After taking care of Tony and his eccentricities as his assistant and later girlfriend, Pepper had been in informal training to be a mother for many years.

Pepper also shows up to the battlefield with the other Avengers to fight Thanos, putting her life on the line to protect the world her daughter calls home. Viewers see Pepper and Morgan together for the first time as she consoles her daughter at Tony’s funeral, holding her close as Morgan mourns her father. 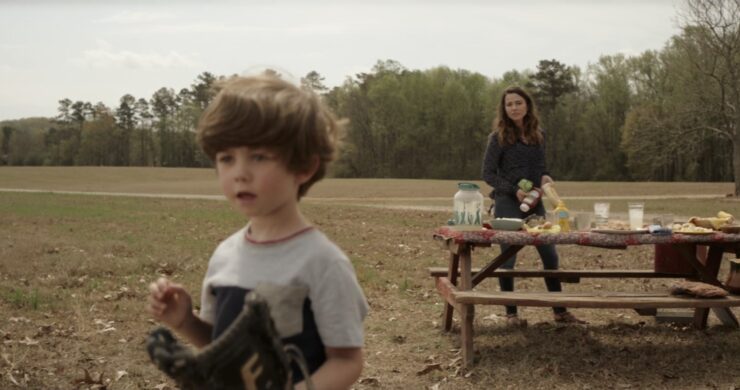 Laura first appears in Avengers: Age of Ultron, much to the shock of every Avenger except for Black Widow. Hawkeye, it turns out, had his family hidden away for their safety on a farm in Iowa. While Hawkeye was out being a hero and saving the world, Laura was engaging in heroics of her own by willingly isolating herself for the sake of her family. She took care of their three children on her own for long stretches of time so her husband could carry on Avenging.

Later, in Hawkeye, she empathizes with her husband’s challenging decisions. While he’s away from home, she supports her children through their disappointment at their father’s absence around Christmastime. Laura rolls with the punches and makes her family’s well-being a priority. She even takes in Kate Bishop for the holidays.

As a super hero herself, Janet serves as an inspiration to her own daughter. After bidding her daughter farewell, Janet appears to perish in a mission, leaving Hope to be raised and eventually estranged from her father. Hope goes on to take up her mother’s mantle as the Wasp.

Although Meredith and Peter do not get much screen time together, her influence on the would-be Star-Lord reverberates throughout the two Guardians of the Galaxy movies. Shortly after Peter loses his mother to cancer at a young age, he is abducted by the Ravagers. He is raised among them, and into adulthood he listens to the mix tape his mother gave him before she died.

After saving the galaxy for the first time, Peter finally opens another gift from his mother: a mix tape, entitled Awesome Mix Vol. 2. Her tenderness and adoration of her son make Peter both strong and vulnerable, two traits that aid him in his heroic endeavors.

As seen in Captain Marvel, Maria was one of the few women serving as an Air Force lieutenant — providing an excellent role model for her daughter Monica. She managed to raise Monica on her own and inspire a love of flight and the skies in her daughter. In WandaVision, viewers learn that Maria founded S.W.O.R.D. prior to her tragic death from cancer. Monica grew up watching her mother achieve amazing things, ultimately following in her footsteps.

When Wanda has her rapidly growing twin boys Billy and Tommy, her priorities shift immediately. Every choice she makes in WandaVision is in the name of protecting them. She regularly puts herself in danger to keep them safe. Eventually, Wanda makes the heart-wrenching decision to let go of her grip on Westview; sadly, her boys fade from existence in the process.

The after credits reveal, however, that despite their apparent disappearance, Wanda never stopped looking for them in the Multiverse. As she reads the Darkhold, she hears Tommy and Billy calling to her. Trailers for Doctor Strange in the Multiverse of Madness have revealed that they show up in the film as well, so it would appear that Wanda’s story as a mother has only just begun.

4. Ramonda – Mother of T’Challa and Shuri 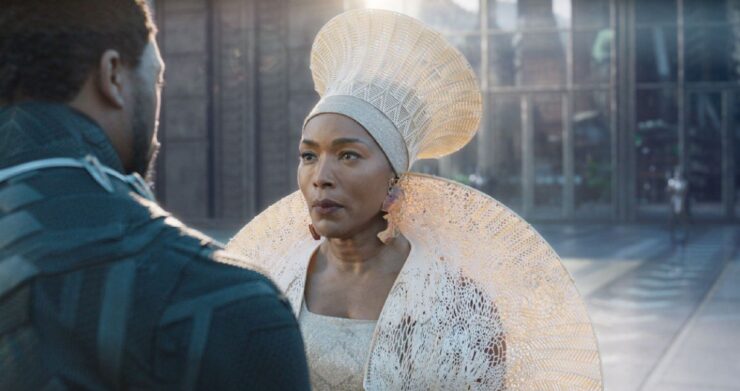 In the wake of her husband’s death, Ramonda had to be a pillar of strength as both Queen of Wakanda and mother to T’Challa and Shuri. The love she has for both of her children is apparent from the moment they are on screen together. When it seems that T’Challa has perished, she does what she must to keep Shuri safe and ushers her out of Birnan Zana, seeking refuge with the Jabari tribe. It is here that she finds T’Challa barely clinging to life, having survived his fall in his duel against Killmonger.

Giving him the last of the Heart-Shaped Herb, she calls upon their ancestors and Bast to heal her son. With her dedication and quick-thinking, she is able to bring her son back from the brink of death to be the Black Panther once again.

3. Aunt May – Aunt of Peter Parker 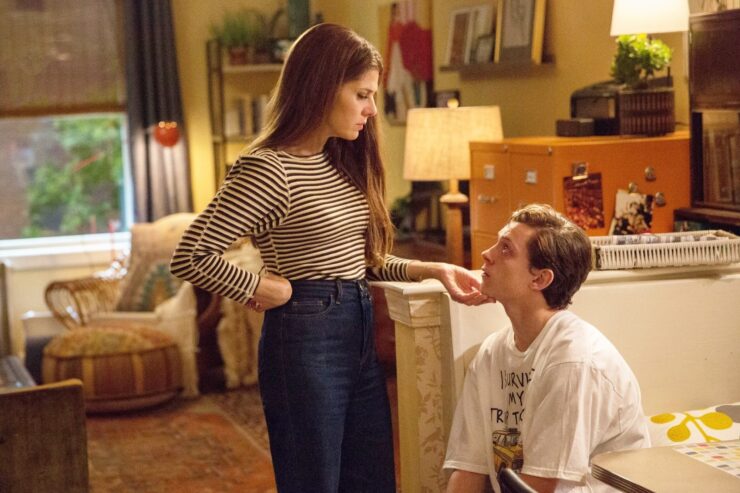 As his beloved aunt and guardian, May is every bit a mother to Peter Parker. Once she knows that he is Spider-Man, she does everything she can to set her own fears aside and support him as he becomes the hero he is supposed to be. Throughout the Spider-Man movies, she is a source of fun, stability, and guidance in Peter’s life.

Aunt May helps Peter with the more simple and fun parts of being a teenager like tying a tie and learning how to dance. She also gives her life trying to protect Peter, and with her dying breath imparts upon him the most important lesson he will ever learn when she tells him, “With great power, there must also come great responsibility.” 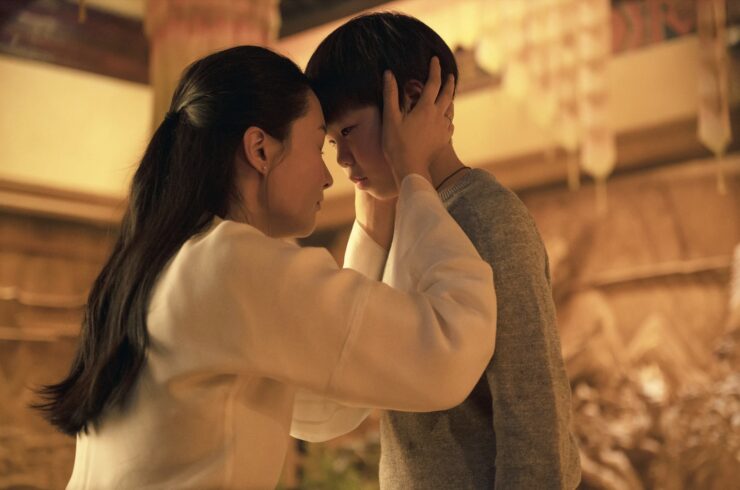 Upon falling in love with Xu Wenwu, Ying Li sacrificed her home in Ta Lo and her otherworldly abilities for love. They went on to have two children, Shang-Chi and Xu Xialing. As she described her past to a young Shang-Chi, she told him that while she did give up her powers, what she “got in return is so much better.”

When old enemies of Wenwu find Li and her children alone at home, she instructs her children to go inside for safety. Although she is able to take down many of her foes, Li ultimately gives her life to protect her children. Through Shang-Chi’s memories, viewers can see that the love and faith she had in her son is something he carried with him always.

1. Frigga – Mother of Thor and Loki

As the mother of Thor and Loki, Frigga was responsible for raising two very different boys. Despite the pride and strength possessed by both of her sons, Frigga was always able to see and tend to the vulnerability within each of them. When Loki was locked in a cell in Asgard in Thor: The Dark World, Frigga struck a perfect balance between accountability and compassion when speaking to her son. She reminded him that he was there because of his own choices, but did what she could to make him comfortable, visited him, and offered him wisdom.

When Thor lost his way in Avengers: Endgame, and crossed paths with his mother during the Time Heist, she knew right away that her son was from the future, noting that it “had not been kind” to him. Just as she did with Loki, she offers Thor the wisdom he needed in one of his darkest hours. When her sons were lost, she always knew just what to say to help them find their way. After her death, her sons always remembered the insight she gave them.

Whether they are offering guidance in dark times, giving inspiration as role models, or putting their lives on the line to keep their children safe, the mothers in the Marvel Cinematic Universe are heroes in and of themselves. The wisdom, strength, and sacrifices that they make are worthy of just as much note as the victories their children achieve and the hardships that they help their children get through.

Who are your favorite MCU moms? Let us know in the comments and don’t forget to Let Your Geek Sideshow!

Horror Movie Moms Who Are Totally Killing It