The Mandalorians™ are one of the most celebrated cultures in all of Star Wars™. They were a fierce, highly independent people who were instrumental to the galaxy’s fate. In ancient times, they were also enemies to the Jedi™, but they later became a peaceful world before ultimately falling to the Empire.

Even during peacetime, many inhabitants of Mandalore™ chose the way of the warrior. With a long history of uprising and war, their planet forged them into the galaxy’s most fearsome combatants.

From the film trilogies and animated series to the wildly popular The Mandalorian™, let’s talk about some of the best warriors this culture has to offer. 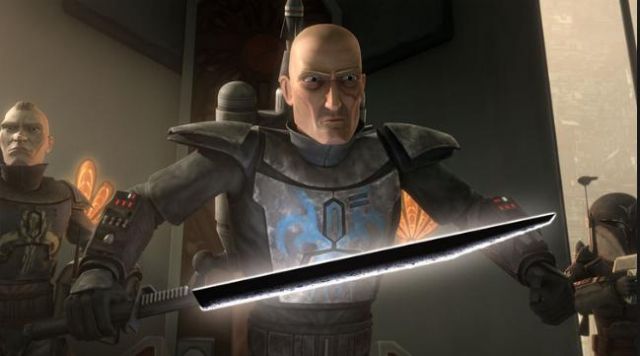 One of the most notable periods in Mandalore’s history was just before the the fall of the Republic. Gone were the days when Mandalorian soldiers brutally fought against their sworn enemies, including the Jedi. The planet was at peace — at least compared to its past. The government, led by Duchess Satine™, chose to keep their world neutral in the great Clone Wars™ between the Republic and the Separatists.

But one group of Mandalorians still longed for war. They missed their former days of glory, believing the planet had grown weak and vulnerable. Thus was born the cult known as Death Watch™. Convinced that the government was comprised of weak pacifists, these rogue warriors committed acts of terror against their own world and even participated in galactic conflicts.

Their leader was Pre Vizsla™, recognized as the most formidable of the lot. His unmatched fighting skills were heightened by the use of an ancient and revered weapon called the Darksaber™, the Mandalorian equivalent of the Jedi’s weapon of choice.

Vizsla was angry, ruthless, and more villainous than anyone else in his group. He chose to work with Maul™, a former Sith Lord™, and Maul’s brother Savage Oppress™ in order to take over Mandalore and make it a planet of warriors again.

Vizsla’s choice to conspire with evil proved costly. Maul schemed and intimidated his way to power, ultimately usurping Vizsla through lethal combat. With their leader killed, the Death Watch and Mandalore fell under the savage power of the dark side. The Fett name has always been spoken with fear, even reverence. The legacy started with Jango Fett™, the most dangerous bounty hunter of his day.

Fett was rescued as a child and accepted into Mandalorian culture where he participated in the planet’s civil wars. He eventually left Mandalore, choosing the life of the hunt.

His skills were recognized far and wide, and he was chosen by the Sith, working under the guise of the Republic, to be the template for a clone army. His likeness was copied into millions of clone troopers™, and their armor was even modeled after his Mandalorian helmet.

The Kaminoans™ created an unaltered clone that Jango could raise as a son, named Boba. After Jango was killed by Jedi Master Mace Windu™, Boba spent his life plotting revenge. He followed in his father’s footsteps and became arguably the most famous bounty hunter in the galaxy’s memory. He didn’t follow any of Mandalore’s ways, and his father likely abandoned many of them as well.

Decades after the fall of the Republic, Mandalorians were a rare sight. If one of them chose to take public action, people immediately took notice and their acts affected the Galactic Civil War™ more than once.

One Mandalorian who stood out was Sabine Wren™. From a very young age, she was an accomplished artist, often painting her graffiti on Imperial ships as an act of rebellion, as well as a brilliant weapons designer. She channeled her energy into striking works of color and expression and even her uniform was a work of art.

Trained as a child to fight and build weapons for the Empire, she switched sides after learning of the suffering her work produced. While a cadet at the Imperial Academy, she constructed an Arc Pulse Generator™ that could destroy sacred Mandalorian beskar™ armor. Wracked with guilt, Sabine spoke out against the Empire but was called a traitor by her own family and exiled.

Like many others from her homeworld, Sabine became a bounty hunter. Eventually, she met the crew of the Ghost, a group of misfits fighting for the Rebel Alliance™. She joined them in the struggle against the Empire and bravely fought alongside Ezra Bridger™, Captain Hera Syndulla™, and Kanan Jarrus™.

For a time, Sabine possessed the Darksaber, undergoing lightsaber training with Kanan and Ezra. At first hesitant, she was urged to use it to try and unite her fractured people. Eventually, she gave it to someone she thought would be a more worthy leader: Bo-Katan Kryze™. However, the Darksaber was ultimately lost to the Empire… 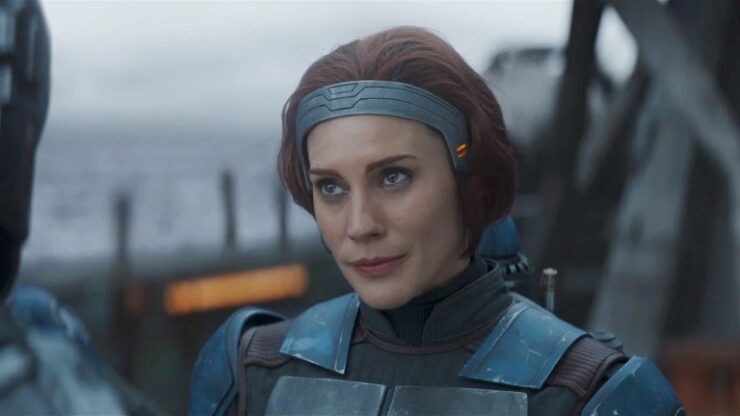 Bo-Katan Kryze was one of the most dangerous members of Death Watch. She was also quite honorable, sometimes helping out more traditional heroes among the Jedi and other groups.

Kryze was the sister of Duchess Satine. However, they couldn’t be less alike. As ruler, Satine believed in a peaceful, non-violent Mandalore. Though she could be righteously stern, she didn’t succumb to anger as much as her sister.

Kryze was unashamedly warlike, believing the cause of Death Watch to be a good one. Her morality usually prevailed, as when she rescued Satine from prison after Maul overthrew the government. She even sought help from the Jedi to take down Maul and reclaim her planet.

Despite their differences, the sisters had two things in common: an undefeatable spirit and a love for Mandalore. Kryze cared about her planet more than anything else. She spent years tracking down the Darksaber after Mandalore fell to the Empire, believing she could unite her people and lead them to glory. Her Nite Owls group, with Koska Reeves™ and Axe Woves™, even assists Din Djarin™ in his quest to protect Grogu™.

Over the years, Kryze formed several surprising alliances with the likes of Obi-Wan Kenobi™ (who was extremely close to her sister), Ahsoka Tano™, and Mandalorians from other clans. 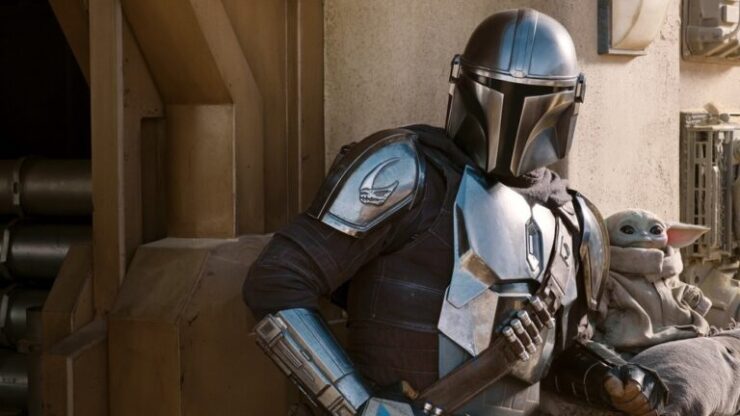 Known to his associates as Mando, Din Djarin was a Mandalorian who exemplified the true value of honor and loyalty. He was a member of a clan that followed “the Way,” a set of ancient values that deviated from modern Mandalorian culture. One of these values was to never show their faces.

As a child, Djarin was saved from a battle droid siege by the Children of the Watch, who were likely a holdover from the Death Watch days. Over time, he became a lethal warrior, eventually joining a Watch group called the Tribe. He worked hard as an Outer Rim™ bounty hunter to upgrade his armor and weaponry, and he became quite feared. The Bounty Hunters’ Guild™ also respected him, though many didn’t trust him.

On what would become his most important mission, he was sent to collect a bounty for a group of Imperials. The Empire had lost the war, but groups like this one remained to slowly rebuild their power through patient, evil schemes.

Djarin gave them the captured target, a Force-sensitive™ child he later learned to call Grogu. But remembering his own childhood rescue, Djarin chose to break from the Guild, save the Child, and travel with him as a fugitive. Grogu was key to the Imperials’ plans for domination, and he couldn’t be allowed to fall into their hands.

Mando was true to his allies, especially when it came to fighting. He fought hardest when it came to Grogu, his adopted child. They developed an unshakable bond, so much so that he even let the Child see his face when they were forced to part.

Mandalore has produced some of the bravest, and most fearsome, warriors in the galaxy. Who’s your favorite Mandalorian? Share your thoughts with other Star Wars fans at side.show/geekgroup, and don’t forget to Let Your Geek Sideshow!