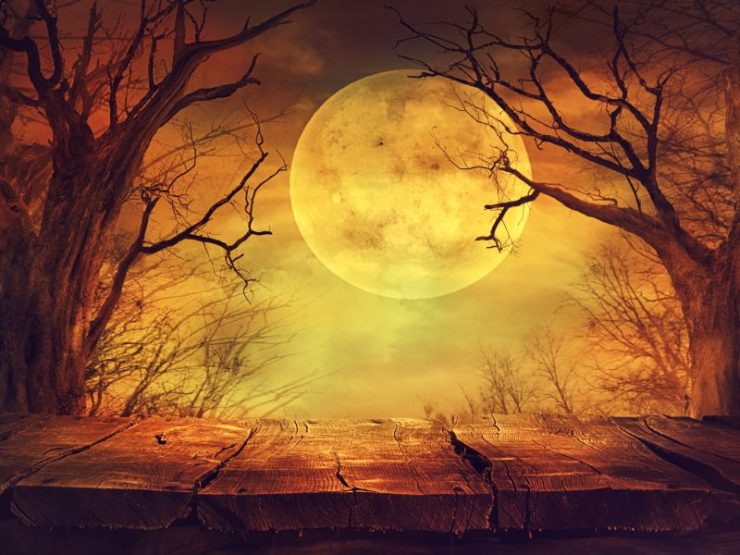 Halloween, or Samhain more traditionally, has long been known as the most ghastly time of the whole year.

While in modern times, most of us think of deathly decorations, spooky stories, candy, and costumes, there remains a deep spirituality in the days during which October passes to November- though most don’t even know the history behind many of the modern traditions, and some have been nearly forgotten as time goes on.

Read along for some Halloween traditions of the past, and see how you can celebrate them today!

The exact origin of ‘soul cakes’ is debated amongst historians, perhaps due in part to the fact that the tradition is just simply that old. Some say that they were originally baked in a huge batch and that drawing the single burnt cake would mark you as the year’s sacrifice, while others state that they were originally made for the purpose of offering to spirits who might otherwise be hostile. What is certain is how they became a part of the beginning of the trick-or-treating tradition.

In the Middle Ages, churches adopted a tradition of baking small, round cakes- shortbread, fruit-filled, or otherwise, generally made of whatever grain the community had available- and offering them to the poor which would come ‘souling’- visiting monasteries and, later, visiting others’ homes, for the cakes and offering prayers to the families’ departed in return. Here’s a simple recipe for basic Soul Cakes:

Cut the pie crust into circles to line a tin of muffin cups with. Mix the butter, fruits, and honey together, scoop the mixture into the shells, and then bake for 15 minutes at 375 degrees. Allow to cool, and enjoy with your friends and family!

In order to keep malevolent spirits from recognizing them on the night of the festival, townsfolk would dress up in wild disguises and masks during their travel and celebration- depending on the era and area, these ranged from animals to demonic guises.

These ‘guisers’ would then go a-souling from door to door expecting to receive gifts of food- familiar, isn’t it? Perhaps on this dark night, you’ll be safer with a mask in your outfit.

(Both living and departed.) As the night of Hallows’ Eve is commonly known to be the time at which the spirit world is most closely connected with ours, there are many traditions linked to both communicating with our dead and with defending oneself from the malevolent spirits. A ‘dumb supper’ is a dinner held with and for the ones you and your guests have lost.

The table is set with, ideally, as many black things as possible- black tablecloth, black plates, black cutlery, black napkins, and the like- realistically, most people don’t have full sets of black silverware laying around for this kind of occasion, so it’s perfectly fine to use a monochrome combination as long as the predominant color is black. Next, the only source of light should be candles’ flame- again, black candles, if you can get them.

Once it’s all set up, there are a few more guidelines for the tradition, though as with all spiritual things, there isn’t a strict set of rules to honor your passed ‘correctly’:

While the primary theme of Halloween is dark and deathly, a great number of traditions which arose around its closeness to the spirit realm were actually rather romantic. We’ve all heard of bobbing for apples, but do you know where that old game originally came from?

Here are some more old traditions and ideas of times long past:

These glowing nuts are emblems true

Of what in human life we view;

The ill-matched couple fret and fume,

And thus in strife themselves consume,

Or from each other wildly start

And with a noise forever part.

But see the happy, happy pair

Of genuine love and truth sincere;

With mutual fondness, while they burn

Still to each other kindly turn:

And as the vital sparks decay,

Together gently sink away,

Till life’s fierce ordeal being past,

Their mingled ashes rest at last.

Superheroes (and Villains) Who Started in Horror Movies