The internet has been abuzz asking about Ronin ever since Marvel dropped one of the final Avengers: Endgame trailers. In it, we see Clint Barton teaching his daughter Lila how to shoot with a bow an arrow. Nothing unusual about that. Cut to the next scene—to what’s gotten the Internet’s pants in a bunch.

Here, we see a new side of Hawkeye, a darker, more brooding, samurai-dressed version of the superhero. The new version of Clint wipes his sword off from-presumably- the dead bodies surrounding him in Japan. If you’ve followed Brian Michael Bendis’ New Avengers, it’s crystal clear why he’s made the costume change. This isn’t just laundry day for Hawkeye. This is Ronin, a badass ninja nobody wants to get in the way of.

Are you ready to find out everything there is to know about Hawkeye’s Ronin persona and why it matters so much for his character arc in Endgame? Stick around while we go over Ronin’s first comic appearance, history, and what it says about Clint’s mindset going into battle with Thanos. 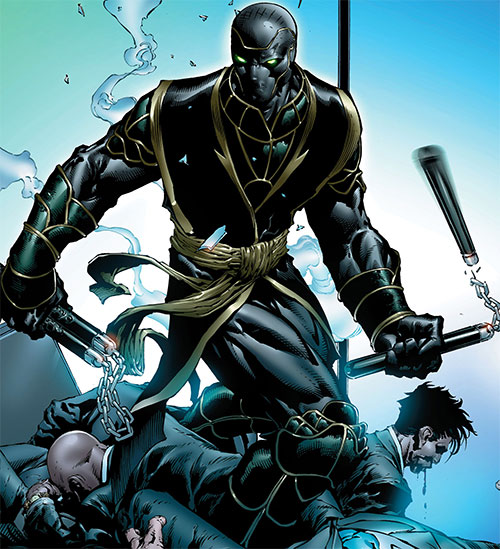 Ronin isn’t a samurai or superhero gone rogue…not really anyway. Ronin is not any one person. It’s actually an alias that a handful of heroes have felt compelled to take the mantle of- most of which were just a little bit confused in their life when they did. Brian Michael Bendis and Joe Quesada created the guise in 2005’s New Avengers #1 and it was not our beloved Hawkeye that first used getup for some major badassery.

Ladies and gentlemen, let me introduce you to Maya Lopez. Maya, also known as Echo, is no ordinary civilian. The deaf Native-American hero is amazing in her own right—even without the Ronin costume. Her power is similar to Matt Murdock’s. She’s learned to use her disabilities to gain a remarkable skill. Maya can ingeniously mimic anyone, any action, simply through observation. Not to mention, she was basically raised by Kingpin- something she was struggling with right before she was became Ronin. She had just found out it was none other than her foster dad that had murdered her own biological father. (We told you those who wear the Ronin costume are usually feeling a little lost!)

It was Maya’s copycat skill that left the New Avengers with a thousand questions and speculations as to who was behind the ninja mask. Many speculated it was Daredevil or Elektra, as Ronin had amazing martial arts knowledge and also was an expert on The Hand and Silver Samurai. Everyone was amazed when Maya revealed her true identity. Her ninja and combat skills were all gained through her superior observation.

Hawkeye Takes Up the Ronin Identity 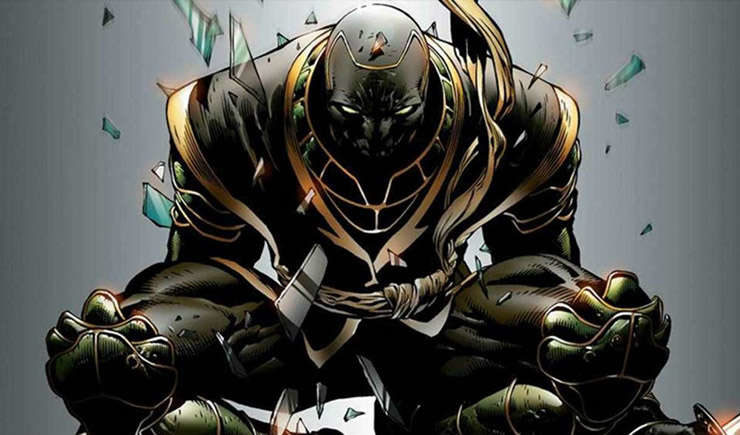 It would not be long until Clint Barton took up the sword-bearing costume. This came shortly after Maya’s run as Ronin, and after his own sense of normalcy began unravel. Clint’s departure from his original superhero alias begins in Avengers Disassembled when his life starts to fall apart…which might be an understatement. A crazed Scarlet Witch had recently killed off Clint and his family (an upsetting event which would later be reversed by Wanda herself).

Once resurrected, Clint was not his usual happy-go-lucky, prankster self. He stepped aside from his superhero persona and his daughter Kate Bishop took up the Hawkeye identity. Clint had very different plans anyway: revenge.

After a short- and awkward- time where Clint’s confrontation with the Scarlet Witch only resulted in romance- weird, I know– he finally took on a new vigilante title: the Ronin identity.

So, now who is Ronin? At this time, it was none other than Clint. His first mission as the katana-wielding samurai was to save Maya Lopez, the former Ronin. Her own fight against The Hand had gotten her into some serious trouble in Japan, trouble that required help from the new Avengers team. The team successfully rescued Maya but Clint still needed to be Ronin. Maya saw this and let him continue carrying the guise. 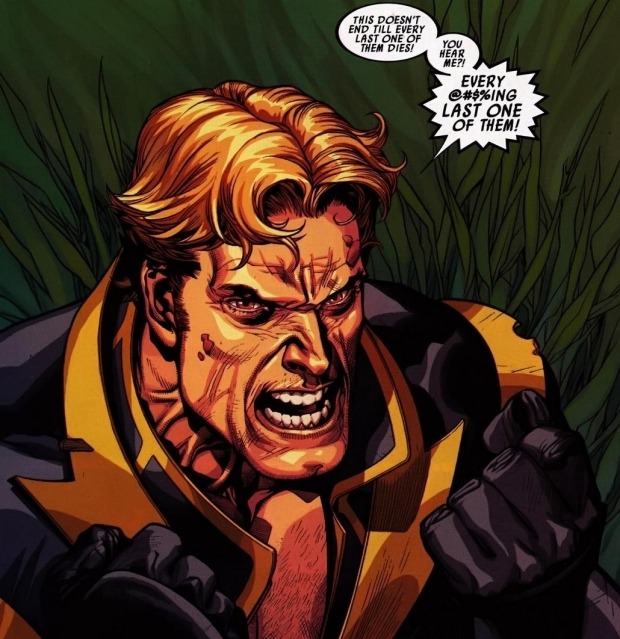 But it wasn’t all superhero business being Ronin. Clint did struggle with keeping his morals in check during Secret Invasion. Similar to the last time he felt vengeful, someone had messed with his family during the alien infiltration. Clint almost lost himself, again, when he found out a Skrull had shapeshifted and was posing as his dead wife. The result? One rogue assassin looking for any Skrull to kill without regards to their innocence or status. Bad boy, Hawkie.

This Skrull-hunting stint didn’t last long. Eventually, Ronin led the New Avengers but it was not until a few years later that Clint dropped the Ronin identity completely and called himself Hawkeye again.

What It Says about Hawkeye in Avengers: Endgame 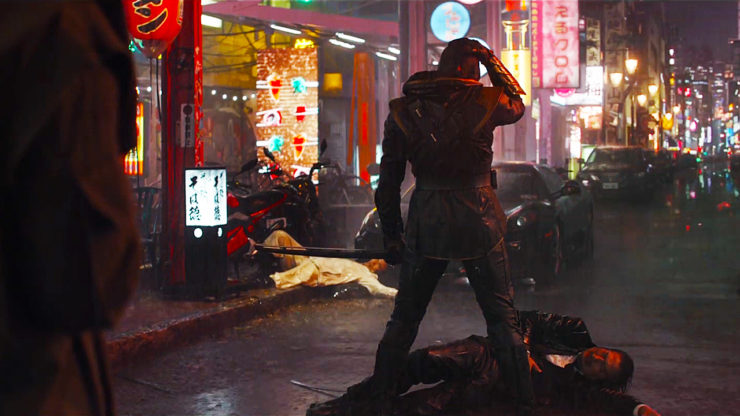 If you’ve paid attention to Clint’s narrative arc in the comics, it’s easy to see a definitive pattern that leads to him questioning his own morals. He loses it when his family is on the line. The first time he sought revenge was after Wanda altered reality so that poof! his family was gone. Then he threatened Skrull genocide after one had posed as his wife.

In the MCU, he questioned himself after being controlled by Loki, and then had to reevaluate some of his beliefs when the superhero Civil War broke out. Now let’s take a look at how he fits into Avengers: Endgame. Big bad Thanos has killed off half the universe including half of Hawkeye’s heroic colleagues and the chances are high that his family were also casualties in the snap. Clint Barton was on house arrest previously, enjoying his retirement and, more importantly, being with the people who mattered most.

If the MCU’s version is anything like the comics, we know Clint picked up the Ronin costume for some very, very deliberate reasons. Bloodthirsty reasons? Probably.

This is a man that lost it all and is looking for a fight.

Are you ready to see Clint take up the Ronin persona? What role do you think he’ll play in beating Thanos and reversing the snap? Let us know in the comments!