Introducing Darth Rimmer and ‘Chaos of Cthulhu’ – a Game of Unspeakable Magnitude!

Sideshow Development Manager, world history enthusiast, and resident knight in shining armor… meet Darth Rimmer! (Yes, that is his real name) A Sideshow veteran, Darth has had a hand in ushering ideas from design to reality on the development team for more than 13 years; most recently working on Sideshow’s larger half scale and life-size figures and replicas. 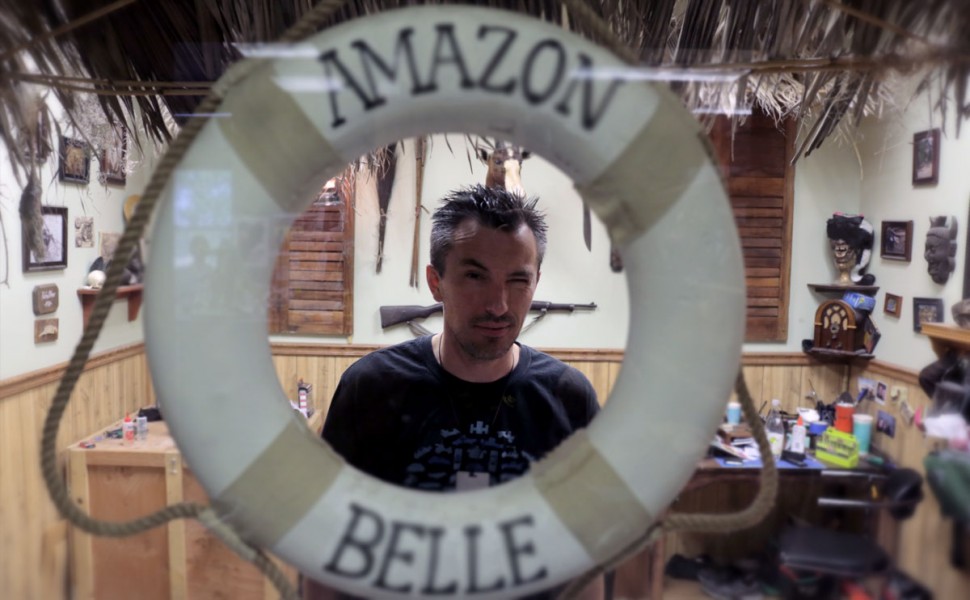 At lunch time, he can be typically found organizing board game showdowns in his office, known around these parts as ‘the Jungle Cruise’ due to it’s striking similarity to the classic Disneyland attraction, which is nearly as famous for its unique sense of humor as Darth is.

Now, combining his creative talents and love of tabletop gaming, he’s teamed up with Travis and Dusty Watkins of the boutique game company Imp House to launch a Kickstarter for their new Lovecraft inspired dice game, Chaos of Cthulhu and we couldn’t be more excited to share their work!

We took some time out to chat with Darth about life, the monsterverse, and everything:

‘Grats on the new game! Tell us how the chaos awakened. Have you and the team always been fans of Lovecraftian lore? Giant monsters? Horror? All of the above?

Well of course we have always been interested in Lovecraft’s work, especially his writings on fantastical monsters (and yes, I know they aren’t all necessarily monsters). As a fan, I always wanted to create a game that would give you the literal building blocks to create your own unique Lovecraft-esque creation. The horror genre has always fascinated us and I think we will have a few more horror themed games in the near future. Stay tuned!

Which of the Old Ones would you most want to see do battle? How do you see the fight playing out?

I think a fight between Azathoth (me from the online personality quiz) and Abhoth would be great. The Great Unclean One and the Sultan are equally matched for corrupting each other’s mind parts, and physical attacks from either of their gruesome appendages could spell doom for the other. But in the end I imagine Azathoth, with only one appendage left, would be the Outer God champion!

This isn’t your first foray into the board game world. Tell us about some of the other tabletop games you’ve worked on with ImpHouse?

In 2013 we produced a card game called Armageddon Preppin’. It’s kinda like Uno but with the threat of Nuclear Extinction. Our next game planned after Chaos of Cthulhu will be a miniatures game called Night of the Saucers.  A preview of NOTS is available now on the Imp House website.

Walk us through the design and development process behind creating a game?

Step One: The Idea
It all starts with the idea. Something fun/original, hopefully both…

Step Two: Game Mechanics
Make it Easy, Easy, Easy. The goal is to make a game that doesn’t need a rulebook longer than two pages.

Step Three: Prototyping
This typically involves me creating play materials with 3×5 cards, a pencil, and some dice.

Step Four: Playtesting
This is an ongoing process, inviting different people each time. We make adjustments as we go, until everything is squared away just right. We took this game to the SXSW Gaming Expo for testing.

Step Five: Final artwork
All the final artwork is laid out; everything from game pieces to box art.

Final Step: Production
Make sure all items fit together in the box, and are reproducible in mass.

When you’re not summoning monsters, what are some other hobbies you partake in?

I am into competitive jousting, and will take part in events at castles Gniew, Poland and Arundel, England this summer. 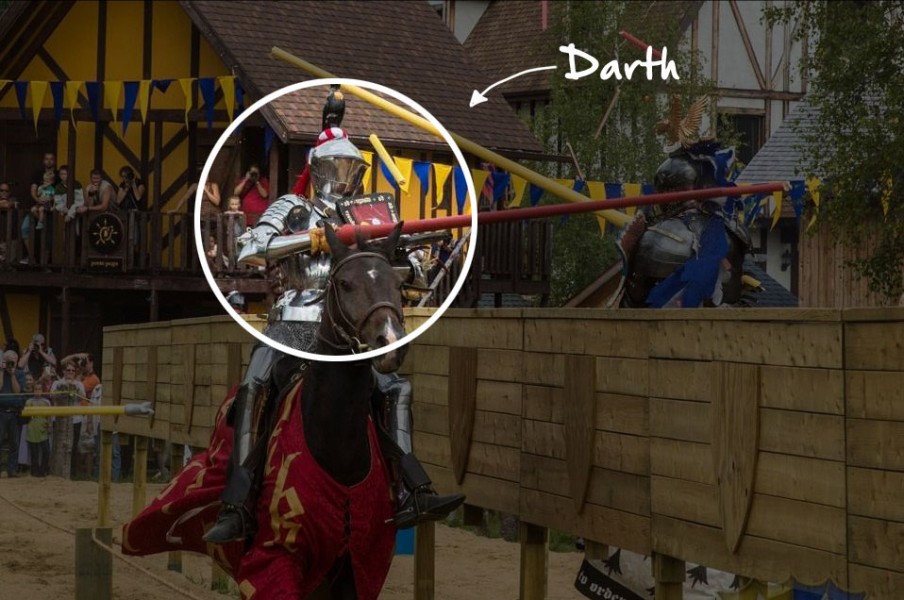 You’re also one half of the illustrious toy design company Lazy Smash with your lovely wife, Kerry Horvath. Any cool projects you guys have been up to that you’d like to mention?

Sure, Kerry and I have been showing artwork in Giant Robot 2, a gallery and shop in Santa Monica, California. In addition to creating Evil Ice Cream, we now have more food related fun at Broccoliface.net.

What is your favorite flavor of ice cream?

Behold, the Chaos of Cthulhu:

For a pledge of $54 you can essentially pre-order a copy of the game (which is set to retail for $60), and – of course – in typical Kickstarter fashion, donation levels below or above that will score you various additional goodies, from pins and fridge magnets to a handmade miniature Necronomicon Pendant.

March Sadness – You decide the most epic deaths in film!

People of Earth, this is Darkseid, Lord of Apokolips!