10 MORE Creatures from The Bestiary of The Witcher 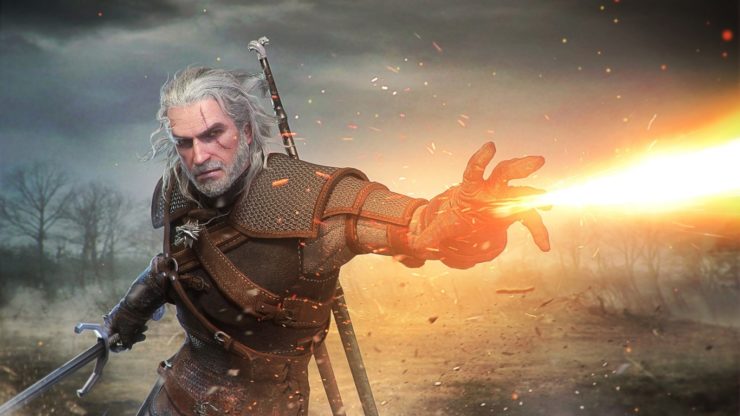 Geralt of Rivia is a Witcher, a mutant monster hunter for hire. There are a wide array of creatures, beasts, and banes that Geralt must dispose of in his dangerous line of work. As a Witcher, you come across so many beasts, that it only makes good sense to catalogue them, so that you might be prepared for when you inevitably see them again.

Here are 10 MORE creatures that all Witchers should be prepared to dispose of, and their weaknesses! Be sure to check out our first entry into the Witcher Bestiary in case you missed it, and then dive into defeating these new foes.

Description: The Archespore is a beastly plant. It seems that villagers who live near Archespore believe that they are cursed plants grown in soil that’s been fertilized by the blood of the dying. There are four types of Archespore. The green and purple color variants are the most dangerous, the yellow is made by mages from Ban Ard, and finally, the brown is the least threatening of the bunch. They have powerful jaw-like leaves and can emit a highly corrosive acid.

Weaknesses: Like all plants, the Archespore is rooted into the ground. It cannot move, making distance its second greatest defense. However, if you come into contact with the Archespore, fire will certainly do the trick.

Description: Be wary, travelers of the swamp. You will most certainly come across the Bloedzuiger. These beasts are akin to leeches, but are utterly massive in size. Not only do they consume blood, but they aim to consume the intestines of victims as well. A single Bloedzuiger is more than capable of killing one or many humans.

Weaknesses: Do not attempt to gut these monsters. They have a strong acid in their stomachs that will certainly kill all who touch it. In fact, long ranged attacks might be best, in order to get the gut to explode its acid upon other creatures of the murky waters. Once you kill it, move immediately, for fear of being splashed by the acids.

Description: The Cockatrice, a rare creature, is known by many names: skoffin, kurolishek, and more. Rumor has it that the Cockatrice has a gaze like a basilisk that turns one to stone. This thought is completely baseless. However, the beast still puts up a fight with a piecing beak, wings, and powerful tail.

Weaknesses: If you are able to get behind it and hinder its wings, you will have a huge advantage. They swoop and slice like most airborne creatures, but once their wings are compromised, their agility plummets. Use your Aard Sign to bring it to the ground, and act fast.

Description: The beastly visage of a Fleder should not distract from their lineage: they are vampires. Lesser vampires, but vampires nonetheless. These creatures, also known as kites or fliers, are often as dangerous as vampires or even Witchers. They do not transform others with their bite as some ridiculous tales tell.

Weaknesses: The Fleder is a vampire, not a speed demon. They have predictable movement at most times, and one can easily dodge and parry their attacks. Do not forget, however, that the creatures have a powerful leap. They aim to surprise and burrow their teeth in you, sucking your blood. Do not let your guard down.

Description: The Graveir is a type of ghoul, but I assure you, they are not like any ghoul you’ve encountered before. They are notably larger, stronger, and they certainly have a more refined taste. They crave the rotten and rancid marrow inside the bones of their victims, and their powerful stature and form allow them harvest it easily.

Weaknesses: Like any half intelligent beast, Graveirs fear fire, silver, and magic. Unlike many beasts, weapons of steel cause them no harm. These creatures are half-dead, half living creatures. And so, while they hunger, they are different than many of their ghoulish kin. The famed Witcher Geralt has even come across a Graveir with keen intelligence, and the ability to speak. They should not be feared. Simply exterminated.

Description: The Vodyanoy are an intelligent race that live in underwater cities at the bottom of the sea. They have bulging fish eyes, massive combs on their head, and terrifying rows of teeth. They have an advanced civilization, and should be primarily left alone. Geralt of Rivia has had to mediate between the Vodyanoy and the villagers nearby their waters on more than one occasion.

Weaknesses: On the rare occasion that you come across a Vodyanoy warrior, they will be wearing a breathing apparatus. The Vodyanoy can only breathe underwater. Take away their breath, and they will retreat. They are also a religious race. If you are cruel enough to go after their religious symbols, you will certainly be met with the force of their legions.

Description: Wraiths are ghosts who have not been put properly to rest. They cling to life with their hatred and rage alone. They spend their time nearby their burial grounds, or the homes they inhabited during life, ever-tethered to their bodies. They float above the ground, agile, deadly, and eager for revenge.

Weaknesses: One can attempt to fight a Wraith, but there is only one way to truly handle a Wraith. Only one safe way, at least. To keep you safe, I have copied it directly from Geralt’s Bestiary:

“If you want to get rid of a wraith, you must first find its body. Try searching on unhallowed ground or in the corner of the cemetery where outlaws are buried. When you dig up the corpse, you will discover that it is not rotten and that there is blood on its lips. Pierce the corpse with an aspen stake, cut off the head and place it between the corpse’s legs. To make certain that the wraith will never return, set the corpse on fire. One false step will mean your demise.”

Description: The Bruxa is a creature of pure contradiction. What you thought you knew of vampires, you must learn again. For the Bruxa, womanoid higher vampires, almost nothing you know of vampires is true. They are shockingly beautiful, they endure the light of day, they are only annoyed by garlic, they hardly care for religious symbols. All they care for is blood, and finding a reliable and constant source of food.

Weaknesses: Few things can slow the Bruxa, let alone kill it. Your greatest friend against a Bruxa is a silver blade. That might, in fact, be the only weapon truly effective against the impossibly powerful and unpredictable creatures.

Description: The Kikimore are an insectoid race, not dissimilar to giant ants. The warriors have the ability to spit acid, blinding their opponents and causing intense pain. They all aim to defend their Queen. They work in swarms. It is bold, if not suicidal, to enter into the territory of their colony. They can communicate with each other, resulting in terrifying collaborative efforts.

Weaknesses: I pray that you know a talented alchemist, or that you happen to be one yourself. Of all potions and effects, only one is effective against their onslaught; Take a silver blade, and coat it in Insectoid Oil. While they are resilient creatures, clever planning and quick action can end the fight more favorably. Only approach the Kikimore if absolutely necessary. The Queen is a very different matter.

Description: Witchers of many generations have known the strengths and weaknesses of many a beast. From centuries of knowledge, one thing is certain: to aim to kill a Kikimore Queen is to ask for certain death. Do not fight a Kikimore Queen. Run. Evade. And collapse every tunnel behind you.

Weaknesses: They are slow, which is the greatest blessing of all. You just might have a head start. Run fast.

Which of these creatures from The Witcher is your favorite? Let us know in the comments, and don’t forget to Let Your Geek Sideshow! 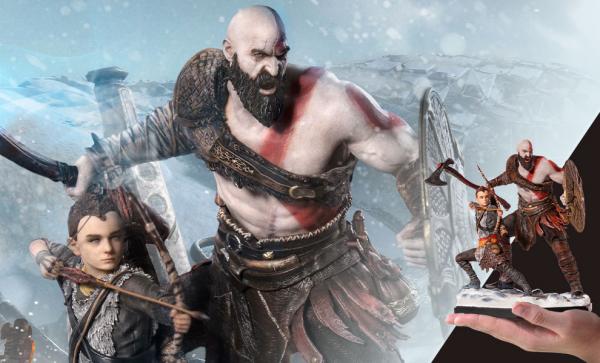