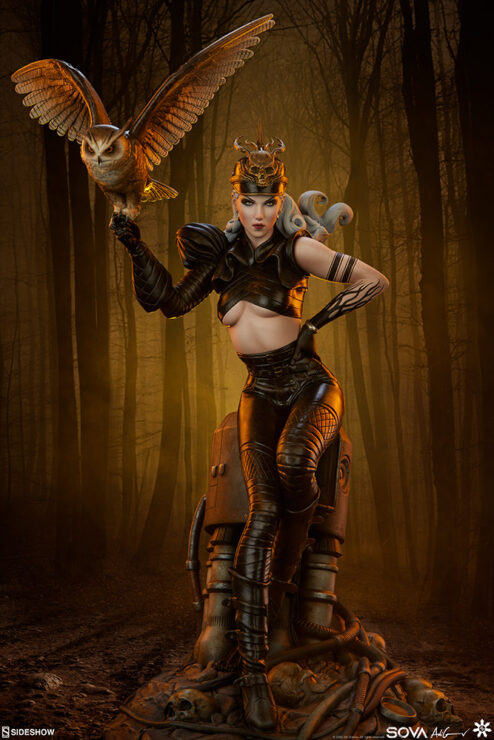 “She is neither hero nor villain, her obsession like a force of nature.”
-Adi Granov, on Sova 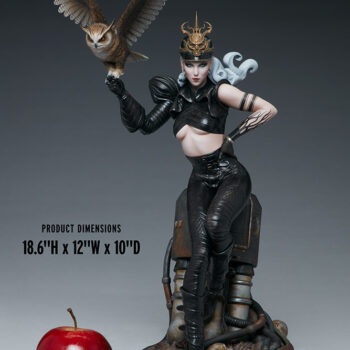 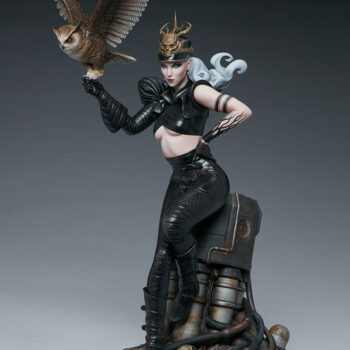 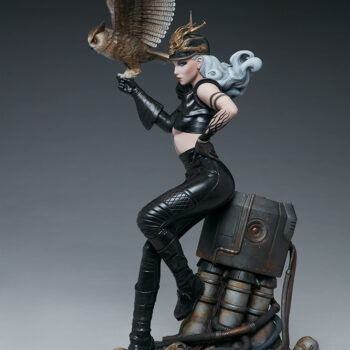 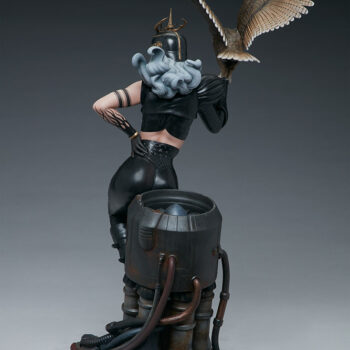 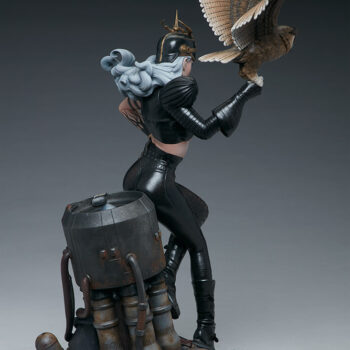 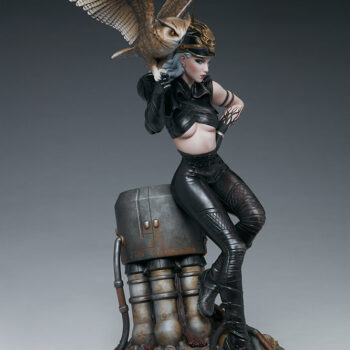 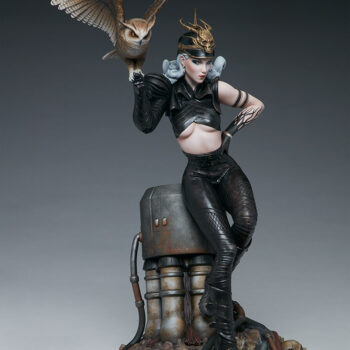 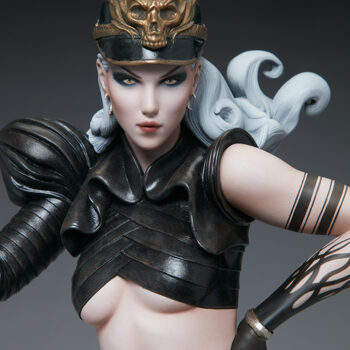 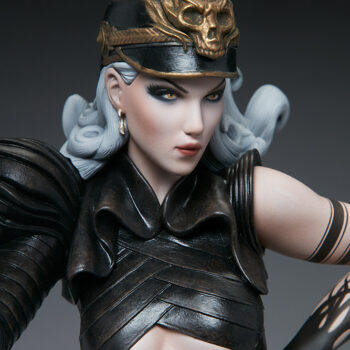 Renowned for his design work and detailed paintings, Adi Granov is celebrated by fans not only for his iconic comic book creations, but also for his original illustrations, including the fierce and mysterious Sova. Working closely with Granov, Sideshow has translated his unique two-dimensional design into a fully realized three-dimensional collectible. 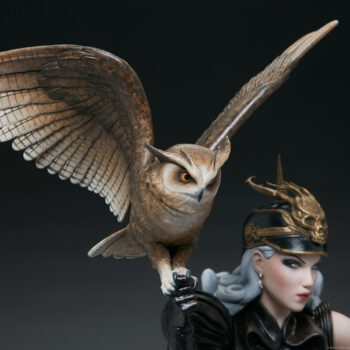 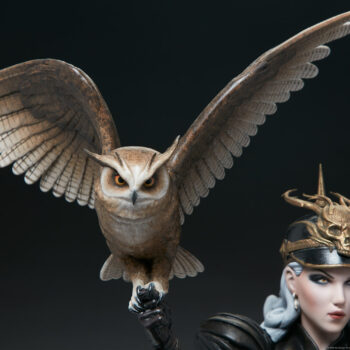 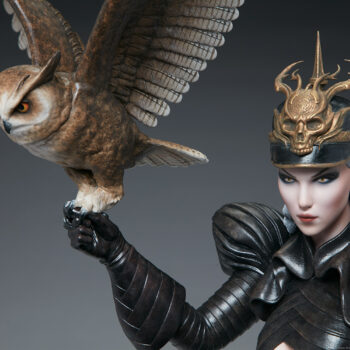 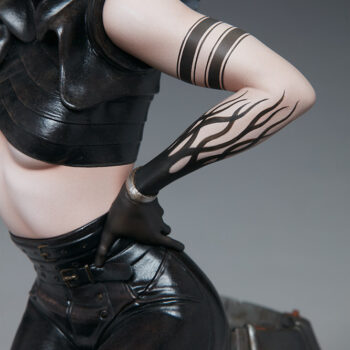 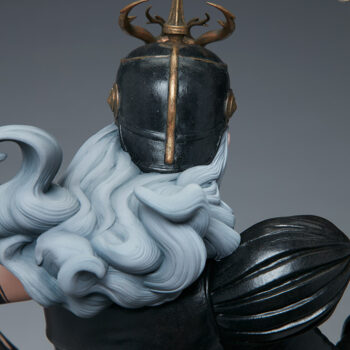 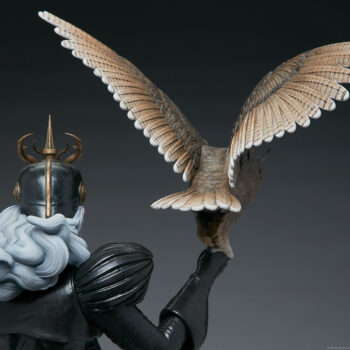 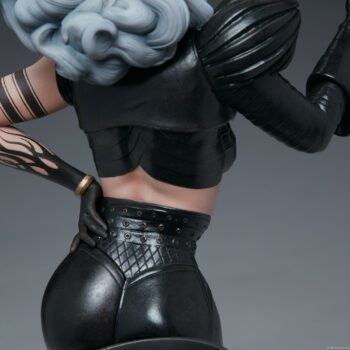 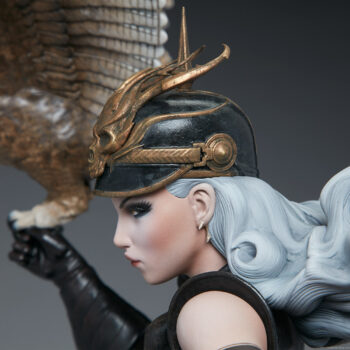 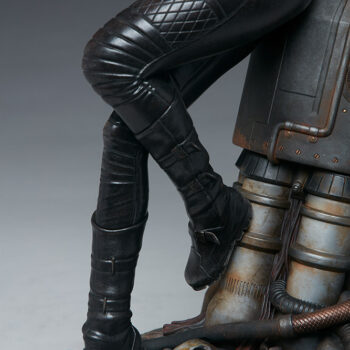 The Sova Statue measures 18.6” tall, standing atop a base of decaying technology and deteriorating earth. Skulls intertwine with wires and cables beneath her boots, while her owl companion, believed to be the manifestation of her soul, spreads its wings to take flight. Sova comes from an alternate history created from the echoes of our wars, informing her resolute attitude and diesel-punk aesthetic as she searches for the key to reshape a broken world. 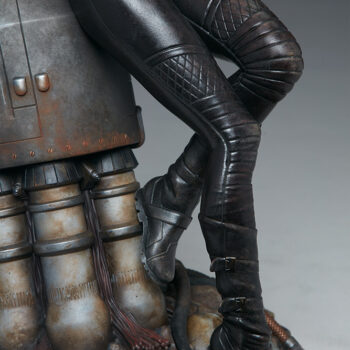 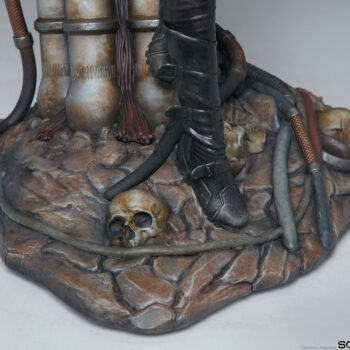 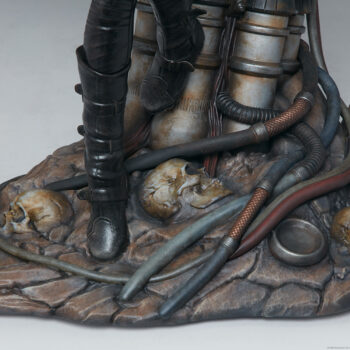 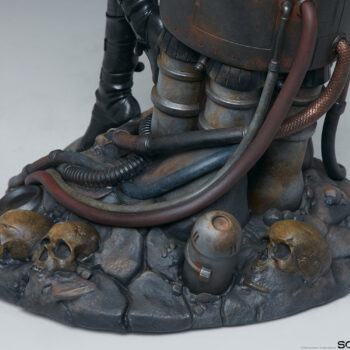 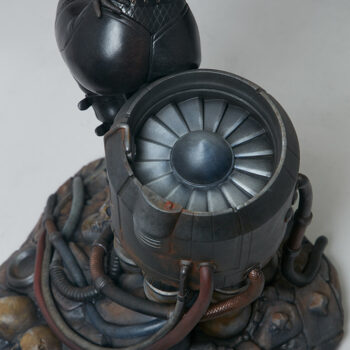 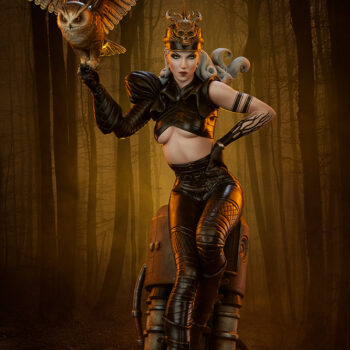 The polystone Sova Statue features a fully sculpted costume faithfully based on Granov’s debut illustration of the character. Her biker chic outfit features sculpted boots, pants, and a cropped jacket that all mimic the pattern and appearance of leather apparel. Her helmet features a large gold skull symbol on the visor, resting atop her white windswept hair. Sova bears a detailed tattoo on her left arm and has meticulously applied makeup on her alluring portrait, painted to recreate Granov’s distinct illustration style in collectible format. 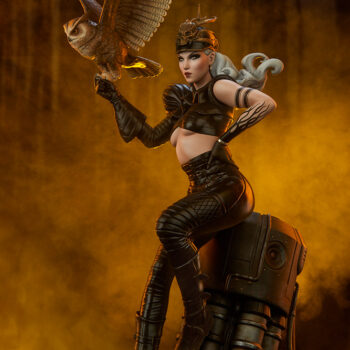 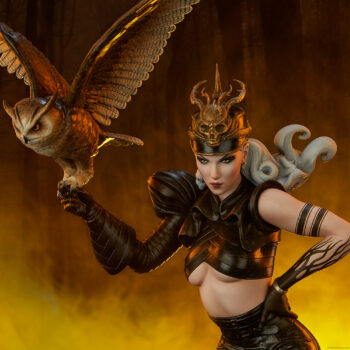 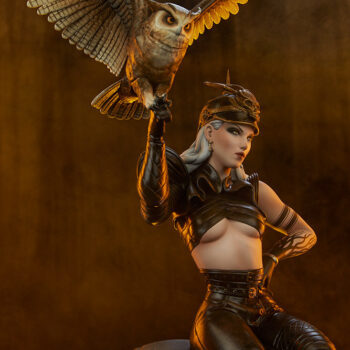 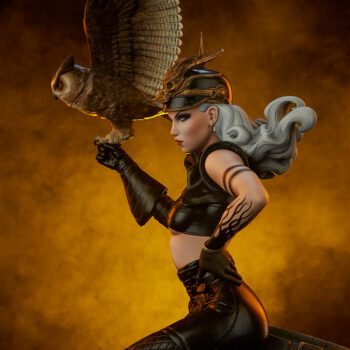 Bring Adi Granov’s striking original character from his canvas to your collection and order the Sova Statue today.

Pre-orders for the Sova Statue will begin on Thursday, September 17th between 12pm-3pm PT and the statue will be priced at $400 USD.

X-Men: What are the Sentinels?