Even before its release in movie theaters, Rogue One: A Star Wars Story has already become a part of our popular culture! Once again Star Wars has captured everyone’s imagination by not only introducing new layers and depth to an already much-loved storyline, but also by introducing a host of exciting new characters to its rich and diverse universe. We’re unashamed Star Wars fanboys and girls here at Sideshow, and, much like our fans and collectors, each new promo picture, trailer or article gave us something new to geek out about – but it was the introduction of the elite “special forces” style Death Troopers that blew everyone’s minds here at Sideshow HQ!

With their badass black-on-black Stormtrooper armor, they made a very brief but memorable appearance in the early teaser trailers, but there’s no doubt that they made a big impression on us! 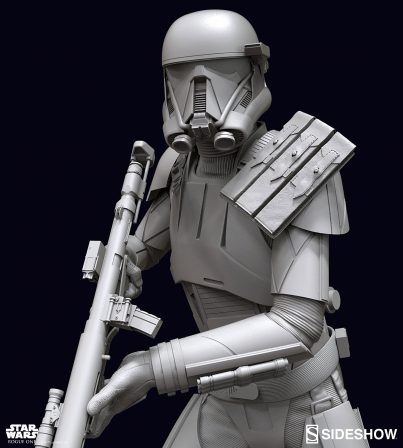 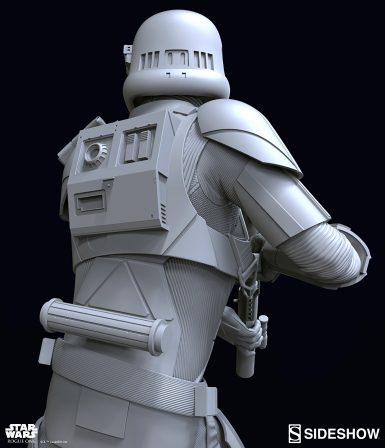 Barely containing our “squeees” of geeky joy, the Sideshow team had the pleasure and privilege of being able to really study these new Imperial Trooper’s designs in great detail, poring over every little feature that makes the Death Troopers so unique. We quickly discovered that underneath that super- cool shiny black exterior there were some truly awesome design choices. Subtle intricacies and small details that make this (in our humble opinion) one of the coolest Trooper armor designs to date! 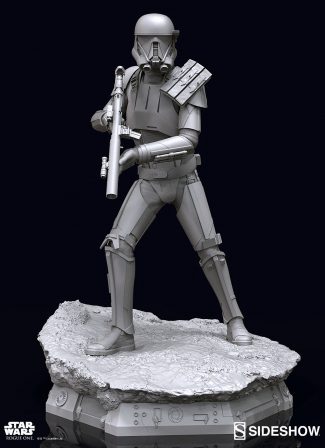 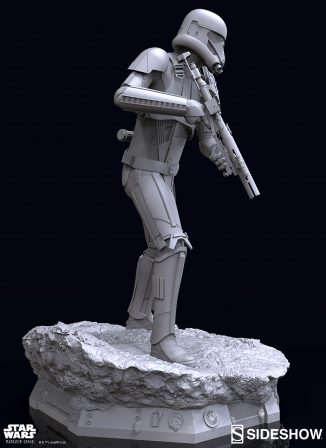 In case you can’t guess – we really love the Death Troopers! So, when it was time to sculpt our own Death Trooper, we chose to collaborate with the exceptionally talented Mr. Joe Menna. A fine artist and sculptor with great proficiency working both digitally and with traditional media, Joe was our first choice to help bring this new trooper to our series of museum quality Star Wars collectibles.

Joe said: “I have been a Star Wars fan since I was 7 years old, so this was an absolute dream job – and the fact that Sideshow trusted me with a project so important to their efforts made it even more special. Technically, the job was a tremendous challenge, since the specificity of the sculptures fidelity to the character was so vitally important – plus, it was likely to be a fan favorite based on how cool the design was! My Project Manager, Kevin Ellis, made the process as painless as possible and between all of the departments working together, from design to prototype to paint (with me in the middle!) I think we made a statue that any Star Wars fan will be proud to add to their collection”. 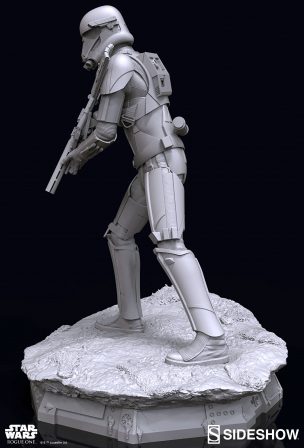 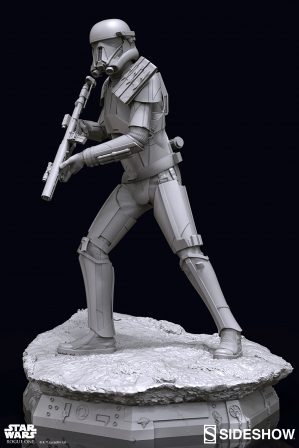 He added: “This is one of the defining projects of my career and I could not be more proud than to have had the opportunity to work on it”.

These images are never-before seen renders of Joe’s work, which really highlight all of the epic design elements, layers and textures that work together to make this new Imperial trooper so instantly iconic! 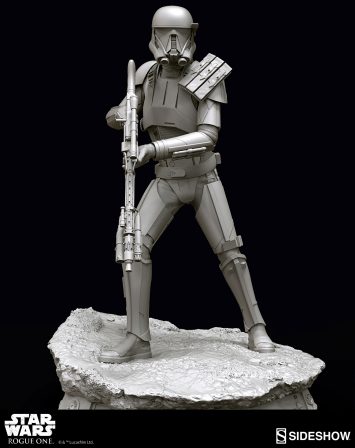 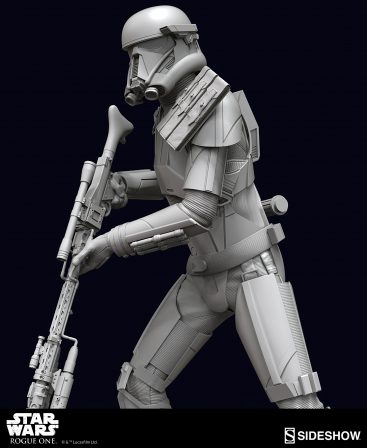 This is also the first time you’ll see a glimpse of the exclusive variant version of this Premium Format™ figure – allowing collectors to display the Death Trooper with either a standard issue Blaster Rifle or a modified DLT-19 Long Range Blaster. The exclusive model includes a swap out right hand (with the gun permanently attached), and a swap out alternate supporting left hand to grip the Long Range Blaster.

What was your reaction to Rogue One: A Star Wars Story?

Our Spoiler-Free Review of Rogue One