Assassin’s Creed: What is the Animus?

The Animus is a virtual reality machine that allows users to communicate and interact with ancestral memories via their genetic code. If that’s not confusing enough, wait until you hear about the powerful ancient gods that made this technology possible.

Let’s pull out our hidden blade of knowledge, dive into the world of Assassin’s Creed, and crack the code on one of the most important pieces of technology in the series that makes the whole story possible.

The Pieces of Eden 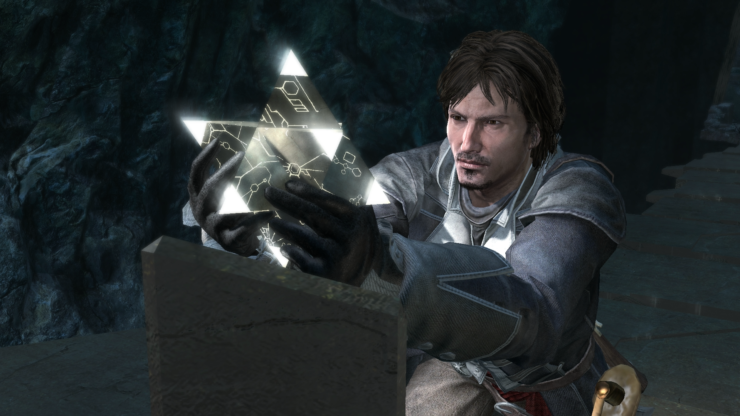 The first civilization was called the Isu. Their technological advancements laid the groundwork for nearly all future technology. They were so ancient and advanced that they were even revered as gods (most notably the Isu named Odin.) These god-like beings and their impossibly futuristic technology had control over the human mind in inexplicable and powerful ways.

For centuries, humans have sought to uncover the secrets of Isu technology, most notably, a set of artifacts called the Pieces of Eden. These Pieces of Eden interact with the neurological networks of humankind in such fascinating and unique ways that they were considered magic for millennia. With all the Pieces of Eden united, the Isu could completely control humanity and force humans to serve as their slaves.

Even after the Isu disappeared, they would not be forgotten. Their technological footprint was permanent, and humanity would be in an endless hunt searching for the splintered Pieces of Eden. There are two factions who have been fighting throughout history to locate and understand these artifacts: the Templar Order and the Assassins Brotherhood.

The Templars hope to use the Pieces of Eden to manipulate the masses and maintain the status quo, keeping the wealthy and powerful as wealthy and powerful as ever, even at the cost of free will. The Assassins Brotherhood is the single force dedicated to maintaining free will and equality across the world, and while they are considered the underdogs of the story, there is much that can be done from the shadows. 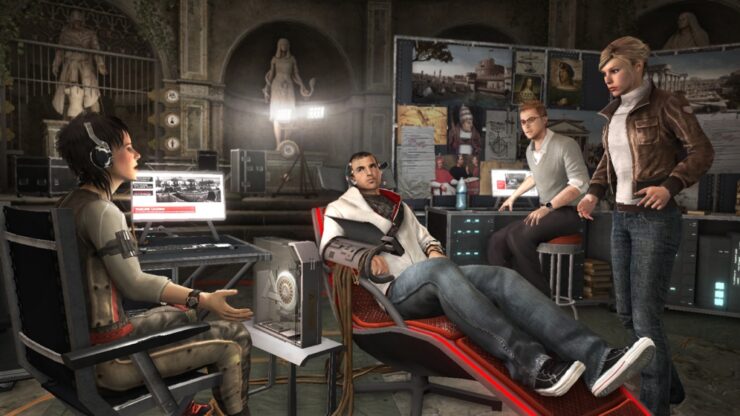 In the 1930s, the Templars started their experiments using knowledge attained from one of the Pieces of Eden called the Apple of Eden. The Templars hoped that they could create a machine that would enable users to interact with the memories of their ancestors. Not just fathers and grandfathers, but ancestors twelve generations back and more- by analyzing a portion of the user’s DNA, the machine would reconstruct their ancestors’ life through a virtual simulation.

Their goal, of course, was to find the missing Pieces of Eden so that they could eventually mind control the world. While the Apple of Eden gave them some of the information necessary to succeed in building their Animus machine, there were still many problems. While users could experience life through their ancestor’s eyes, it interacted with subjects in strange ways and often drove the users to madness.

The strange interactions between the past and the present consciousness often lead to something called the Bleeding Effect. The effect describes a unique phenomena of crossed memories and movements, making it so present users confuse their timeline with their ancestors’. The Bleeding Effect is often one of the primary reasons for mental breakdowns and madness. 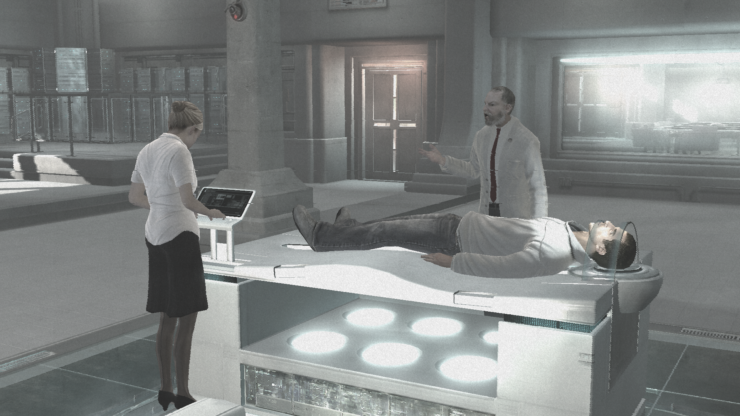 While there have been many iterations through the years, the Modern Animus was primarily pioneered by Dr. Warren Vidic at Abstergo Industries. These iterations would require less and less intrusive methods of interaction over time. While they used to require full body suits or invasive wires, in more recent versions, the Animus works with just a neural reader.

Abstergo would use this technology over the years in collaboration with the Assassins Brotherhood. The Brotherhood would enlist descendants of some of the most capable Assassins all throughout history. Not only that, but these Assassins had interacted with the Isu and their technology in fascinating and pivotal ways.

The Animus is able to construct a complete virtual space, and using something as familiar as video game console controllers, users could go and experience the lives of the great Assassins, working diligently to follow in their footsteps. It was important to stay on task due to something called Synchronization. Users would need to ensure that they didn’t deviate too far from the actions of their ancestors, at the risk of breaking the simulation, or doing permanent damage to themselves.

Ultimately, throughout each generation of the Animus, users were given more freedom and suffered fewer side effects for being unsynchronized, but it was still essential that they stay on task to find the Pieces of Eden. And so, in a way, regardless of the story, and despite the complicated pathway to get there, the Animus remains a sort of time-traveling metal detector. The series has seen the likes of Ancient Egypt, the high Viking era, the Renaissance, and beyond.

And you, the player, with your lineage and your DNA, are the only one that can collect the Pieces of Eden and save humanity from the oppressive rule of the Templar Order!

What is your favorite Assassin’s Creed game? Let us know in the comments, and don’t forget to Let Your Geek Sideshow!

Easier than tracking the Pieces of Eden, collectors can bring home all their favorite heroes with these incredible Assassin’s Creed collectibles.