Harley Quinn was first introduced in Batman: The Animated Series, but since then, she’s hammered her way into all of our hearts, minds, and comic books, and movies. We’ve seen lots of versions of Harley Quinn over the years, from her origins to her new movie, Birds of Prey!

Throughout all of her different appearances, she’s been a fun, energetic, and exciting character that we love- and love to collect! Here are the Top 5 Harley Quinn collectibles for fans looking to make their collections black, white, and red all over. 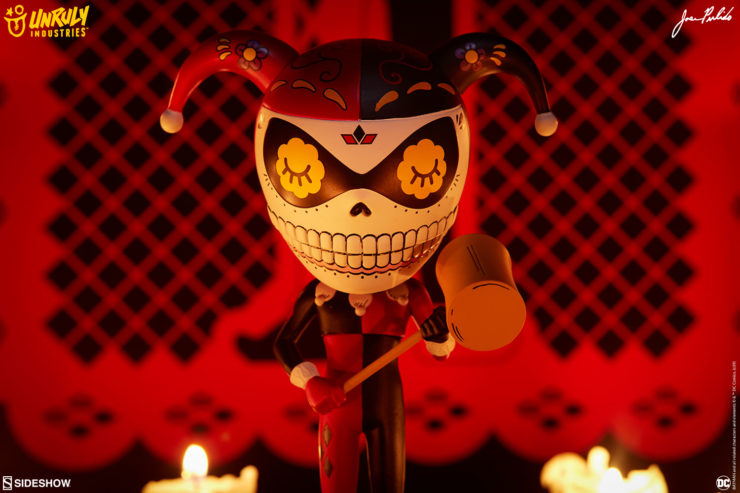 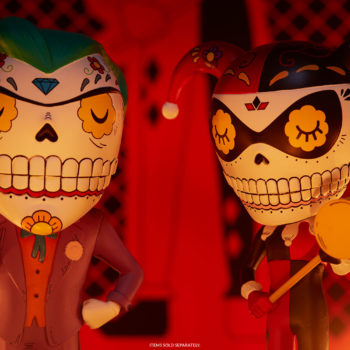 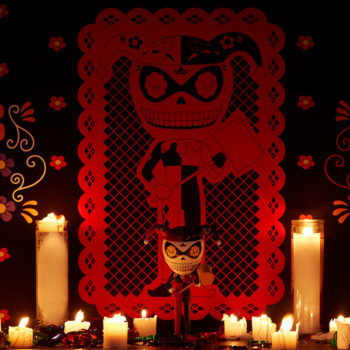 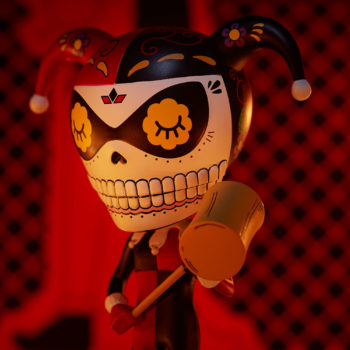 The Harley Quinn Calvera by Jose Pulido from Unruly Industries™ captures Gotham’s iconic Maid of Mischief with a colorful new lease on afterlife!

Intricate designs fuse Mexican culture with American pop culture to create something beautiful and true to character. You’ll be hard pressed to find a Designer Collectible Toy that celebrates and meshes two different cultures like this. 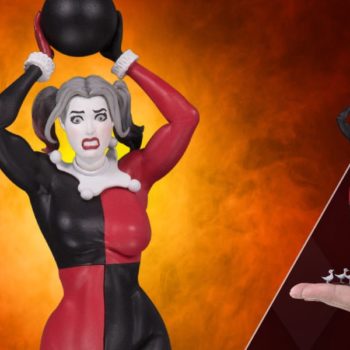 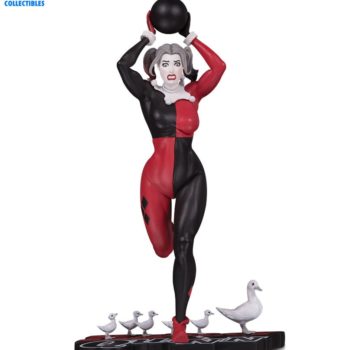 Yikes! There’s a panic in Harley’s eyes as she scrambles to rid herself of the bomb and, in the process, save the ducks adorning her custom nameplate stand.

This Harley Quinn Statue by DC Collectibles has an expressive face and pose and an exciting story from top to bottom, all for an incredibly low price. This piece is truly bombastic and shows that Harley’s not all bad. 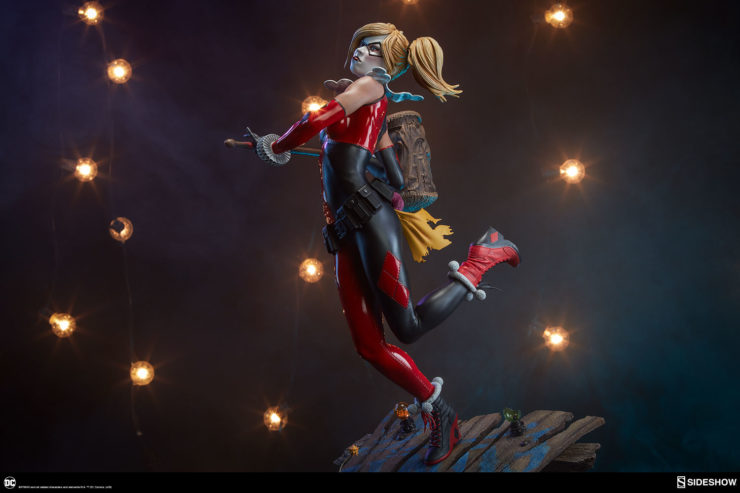 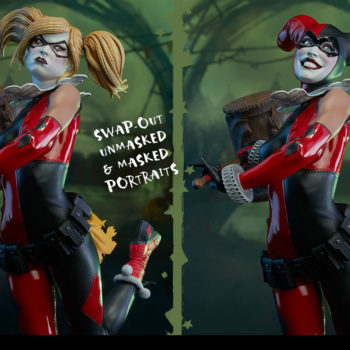 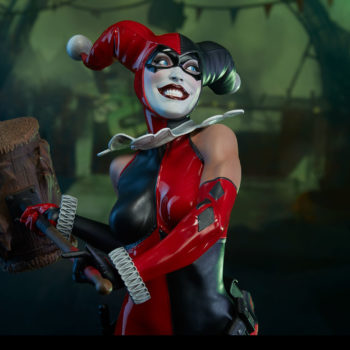 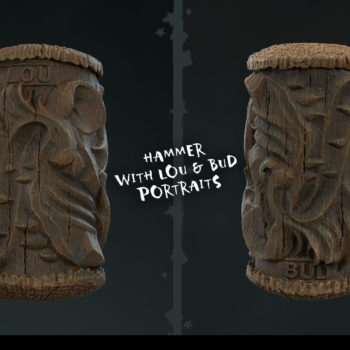 The Harley Quinn Premium Format™ Figure by Sideshow is a highly detailed depiction of the character, riddled with Easter eggs. Her hammer features her pet hyenas Bud and Lou, a pair of purple Joker cuffs, tatters from Robin’s cape a little green in her pocket courtesy of Poison Ivy, and more!

This collectible comes with two different portraits and is a must-have for superfans who like to find new hidden details in their statues! 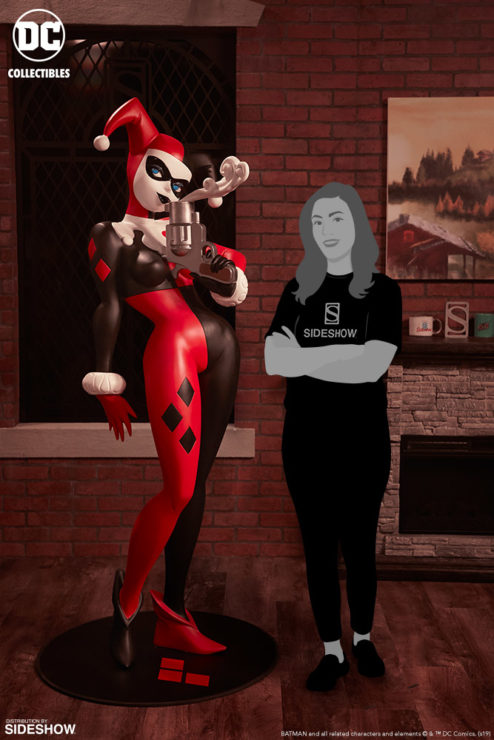 DC Collectibles has created the ultimate Harley Quinn Life-Size Figure– a full sized, 1:1 ratio statue of the Cupid of Crime herself. She wears her classic attire from the Batman Animated Series, and features the same art style even down to the smoke trailing from her gun.

This collectible will blow you away. The sheer SIZE and accuracy are beyond compare. 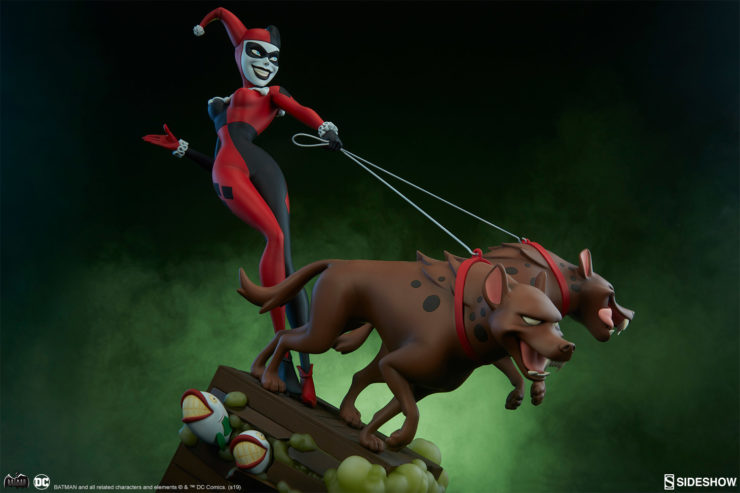 Sideshow’s Animated Series Collection is under attack by the Harley Quinn Statue! As Harley ramps down a crate bursting with Joker Fish and laughing gas, she is pulled along by her pet hyenas Bud and Lou.

The Harley Quinn Statue by Sideshow is playful and expressive, perfect for fans of Batman: The Animated Series who love the show’s iconic style. This will add a bit of fun to your Harley Quinn collection!

Whether you’re a fan of Batman: The Animated Series references or more modern takes, Sideshow offers a full funhouse of Harley Quinn collectibles to suit every collection.

Which Harley Quinn is your favorite? Let us know in the comments, and don’t forget to Let Your Geek Sideshow! 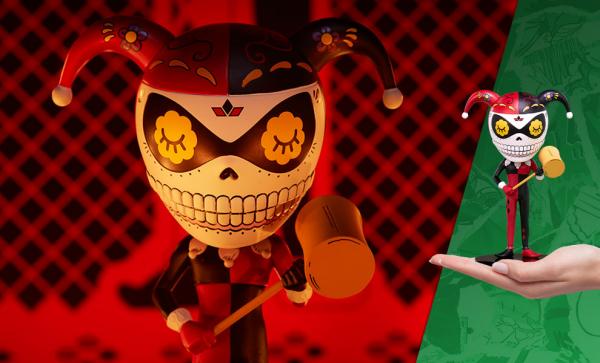