The growl. The grimace. The unbreakable calm. Yeah, Clint Eastwood is a badass. He’s always been a badass, save for like, The Bridges of Madison County maybe?

Even in his admitted old age he’s still at least trying. It’s hard to say if The Mule is badass, but his unrelenting effort to still be seen as such well into his eighties? Kinda badass in and of itself, if you think about it.

Nevertheless, nothing can erase Clint’s legacy of being one of the baddest dudes to ever grace our screens. From Dirty Harry to his work with spaghetti Western legend Sergio Leone, Clint’s delivered us some of the most iconic tough-guy moments of all time. Here are some of the best, the most memorable, and … the baddest.

“You’ve got to ask yourself one question. Do I feel lucky? Well, do ya, punk?” – Dirty Harry


What is there to say about this one that hasn’t already been said? It isn’t just the most iconic moment in all five Dirty Harry films. It’s also one of the all-time great movie moments, period.

It’s set up so well early on in the film and pays off in beautiful, bloody, badass fashion in its thrilling finale. Maybe we’re starting on too high a note here but, man, it’s hard to not just give this one its due upfront.


I’m gonna go out on a limb here: This is the best Clint line. Plenty of other entries on the list are perhaps more iconic but this one, god. A perfect line delivered perfectly in a less-than-perfect movie (the Civil War politics of The Outlaw Josey Wales have aged uh, not great!).

Clint is, in so many ways, the proto-Stallone/Schwarzenegger in that he made his name by dropping killer one-liners right before shooting dudes. This is the best of the bunch.


The other iconic Dirty Harry moment and, depending on who you ask, maybe even the better of the two. It doesn’t quite have the weight of, “Do you feel lucky, punk?” but it’s still an undeniably badass moment.

Harry dropping this line four films into the series proved that everyone’s favorite Renegade Cop Who’s Been Pushed To The Limits And Doesn’t Play By The Rules still had some life in him.

“Get three coffins ready.” – A Fistful of Dollars


It’s tough to point to a more iconic Clint character than The Man With No Name. The iconic gunslinging drifter is at this point more myth than man, the epitome of what we think of when we talk about the archetypical cowboys of film.

His introduction in the opening scene of A Fistful of Dollars is the stuff of legend. Wryly comic, expertly shot, and incredibly well-written, it’s the perfect introduction to the character — and undeniably Clint at his most badass.

The Standoff – The Good, The Bad, and The Ugly


Forget badass. The final duel in The Good, The Bad, and The Ugly is cinema itself at its finest, pure distilled magic. It doesn’t quite feel right to say this is Clint’s moment when the truth is that it’s the culmination of the hard work of everyone involved both onscreen and off.

If you’ve never seen it, it’s the sort of perfect cinematic moment that can be appreciated devoid of context. At the same time, if you haven’t seen it you should also, you know, go see it. Watch The Good, The Bad, and The Ugly. You won’t regret it.


What if being a badass isn’t all it’s cracked up to be? That’s the central thesis (well, an incredibly dumbed-down version of it, at least) for Eastwood’s masterpiece: Unforgiven. The ultimate dissection of Westerns, cowboys, and lone gunslingers, it’s a stunning piece of filmmaking that functions as Clint’s final bow as The Man With No Name (at least, in an unofficial capacity).

The final shootout is equal parts thrilling and terrifying, a look at what happens when a man capable of terrible things is forced back into the life he’s worked so hard to leave behind. To this day it’ll shake you to your core in a way only Clint is capable of pulling off.

If you’re looking to celebrate famed actor Clint Eastwood’s cinematic history in your collection, be sure to check out Sideshow’s recently revealed Clint Eastwood Legacy Collection.

What other badass moments from Clint Eastwood’s film legacy stand out to you? Share your thoughts with other fans at side.show/geekgroup, and don’t forget to Let Your Geek Sideshow! 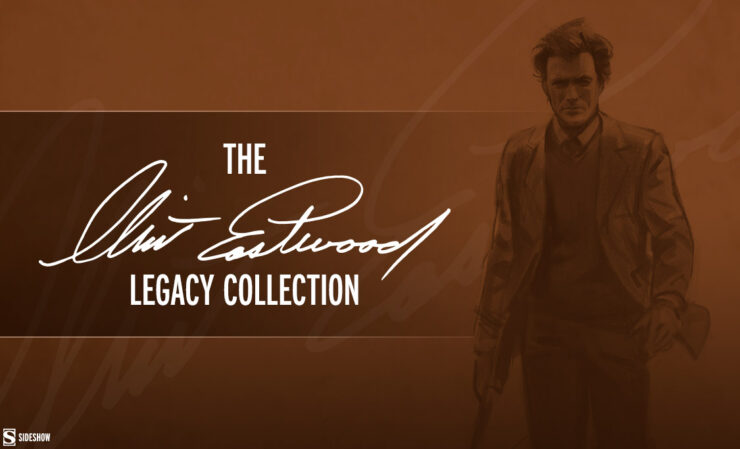