Two incredible horror gaming franchises are celebrating milestone anniversaries this year- Resident Evil turns 25 and the online multiplayer fright-fest Dead By Daylight is marking 5 years since launch. What better way to ensure gamers are scared by these tyrants of terror than with a crossover?

Behaviour Interactive has revealed in their 5th Anniversary Showcase that the highly-anticipated Resident Evil chapter of their game will be taking players to Raccoon City as one of two intrepid survivors or one iconic villain. New mechanics abound. Let’s explore the announcements for Dead By Daylight: Resident Evil. 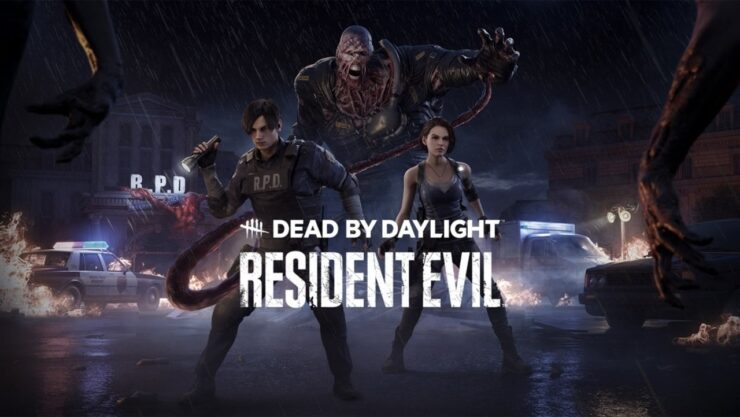 The new killer will be Nemesis, the iconic tyrant from Resident Evil 3. Somewhat similarly to the Plague, the Nemesis killer will be able to infect survivors with a sickness status affliction that will cause a blue-tinged overlay on survivor screens. He does this by lashing out with a tentacle attack, similarly to his moveset in RE3. Additionally, sick survivors will vomit and reveal their position occasionally, becoming vulnerable to additional tentacle attacks that will drop survivors by one health state.

Survivors will be able to heal using one of a limited number of vaccines that spawn in with the Nemesis when the match begins- players should be sure to only use these when absolutely necessary, as they are a finite resource shared between the whole team. For every sick survivor, the tentacle attack grows in range, meaning players will have to carefully manage overall team health and wellness while completing generators and escaping the map.

Finally, it was revealed that in a first-of-its-kind addition, Nemesis will be the first killer aided by AI-controlled characters: zombies. These infected victims of Umbrella’s excessive meddling will shamble around any map where Nemesis has been chosen as the killer, and will attack survivors to infect them again with the virus effect. As shown in the gameplay demo, Nemesis can punch the zombies to get rid of them, and survivors will be able to pallet stun and possibly flashlight blind the zombies to escape.

It would be impossible to just pick one iconic survivor to face off with not only Nemesis, but original killers like the Spirit, Trickster, Nurse, Hag, and more. So players get two survivors in this DLC chapter!

First up, Jill Valentine’s perk loadout will reflect her adaptability in difficult situations. The STARS agent sports her traditional blue outfit and a short bobbed haircut- but legendary cosmetics may be an option to change her appearance as fans saw in the Silent Hill chapter with Cheryl Mason’s Lisa Garland, Alessa Gillespie, and Cybil Bennett skins. 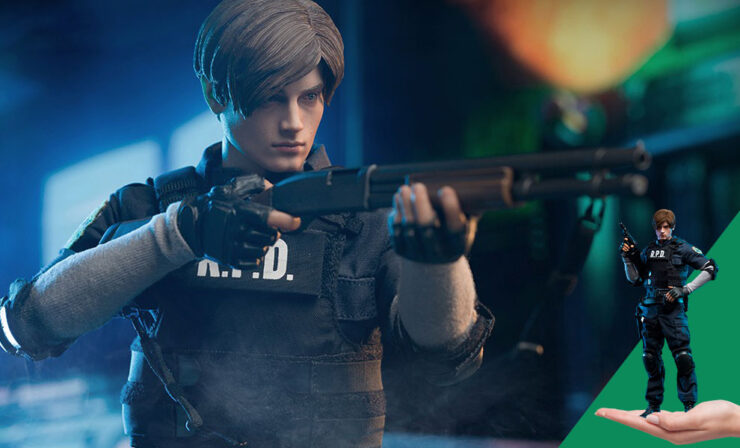 Secondly, Leon S. Kennedy is reporting for a difficult first day of work- trapped in the Entity’s realm, he is now a part of the game avoiding all types of killers in pursuit of escape! He was seen in the test footage sporting his iconic uniform and RPD vest.

Not much was revealed about his gameplay or possible cosmetics, but it was revealed that one of his perks will introduce an entirely new mechanic to the game- Leon will be able to spawn a flashbang item while in gameplay. This cannot be equipped pre-match, and may require certain steps to achieve during an active match. Nothing was revealed about how this item will behave or affect play, but as it will likely be teachable to other survivors, flashbangs are about to become a part of gameplay and change survivor strategies as we know it!

Lovingly recreated based on references from the recent Resident Evil 2 and 3 remakes, the new map entering the realm is the Raccoon City Police Station, a sprawling indoor map for players to explore. This map and overall chapter have been such a massive undertaking, hence why the previous K-Pop inspired All-Kill chapter did not have a new map to offer.

While it is an Entity-warped version of the environment, many iconic locations within the station can be seen by fans familiar with the RE franchise. In Raccoon City, players will spot the main hall, the archives, the STARS lab, and many of the original puzzle props from the game- sigils and statues, plus typewriters (sorry, no saving your generator progress here!).

There will be plenty of nooks and crannies to explore here while you hide from killers, dodge zombies (only when facing Nemesis!), and try to complete the challenges needed to escape with your team. Fun flashes of the Entity’s influence can be seen mingled with the biological devastation caused by the T-Virus throughout the station.

You can watch the full BHVR Dead by Daylight anniversary showcase below:


Will you be downloading the Resident Evil chapter for Dead by Daylight when it releases on June 15th? Excited to see Nemesis and his zombie minions join the ranks of the Trapper, the Wraith, the Hillbilly, and more? Share your thoughts down in the comments and don’t forget to Let Your Geek Sideshow!

Make an offering to the Entity and bring home these Dead by Daylight collectibles for your horror collection today. What are the Silver Surfer's Powers?